The tragedy of a western-led intervention: How Libya became hell on earth
Zeng Ziyi 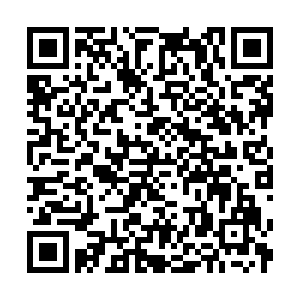 Two days before Libyan leader Muammar Gaddafi was killed, Hillary Clinton showed up on the tarmac of an airport in Tripoli. The surprise visit by then U.S. Secretary of State was more than a morale boost to the "rebels" fighting the government forces. Most importantly, it was an unmistakable signal that the U.S. was putting its full weight behind the "revolution" to overthrow Gaddafi.

"People must renounce violence, they must give up arms, they must be committed to a democracy that respects the rights of all," Clinton announced.

As former White House staffer Ben Rhodes revealed, Clinton was the principal architect behind the U.S. intervention, who ultimately persuaded a hesitant President Barack Obama to intervene in Libya.

Nine years later, however, Libya is anything but what she and the other western leaders had promised. After the seven-month-long NATO-led air campaign that leveled apartments, medical clinics and caused massive civilian casualties, the country quickly fell to a vicious cycle of violence, reminiscent of the aftermath of the war in Iraq and Afghanistan.

Instead of democracy, anarchy became the new norm as thugs, radicalized Islamic insurgents rule the streets. Instead of respect for human rights, the country has experienced a humanitarian crises as desperate refugees fled and flooded Europe and its surrounding regions. Instead of economic growth, there is a growing slave trade where young men are being auctioned off as commodities in open slave markets.

In today's circumstances, it is difficult to imagine Libya was once one of the wealthiest nations in Africa where people enjoyed a variety of social benefits funded by its oil exports. Its economy was envied across Africa and much of the Arab world. 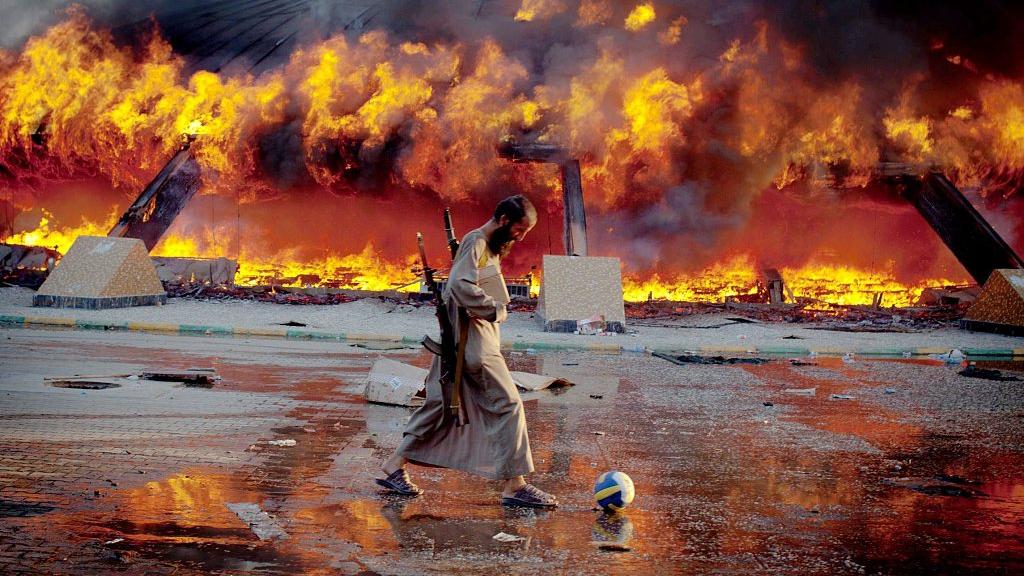 Life under the "Brotherly Leader"

One year before the military intervention, Libya was considered a high development country by the United Nations. In real terms, that translated to a life expectancy of 74.5 years and a literacy rate of 88.4 percent. In that year, Libya enjoyed a 4.2 percent economic growth while the U.S. economy grew at 3.2 percent rate.

Since coming to power in a bloodless coup in 1969, Gaddafi undertook a series of reforms that transformed the country from a religious monarchy to a socialist Arab "Jamahiria." The term is coined by the leader himself and is unique to Libya, and translates to "state of the masses," which is similar to a People's Republic. Gaddafi detailed his political philosophy in The Green Book, where he advocated for a mixture of Islamic socialism, Arab nationalism, and African nationalism. 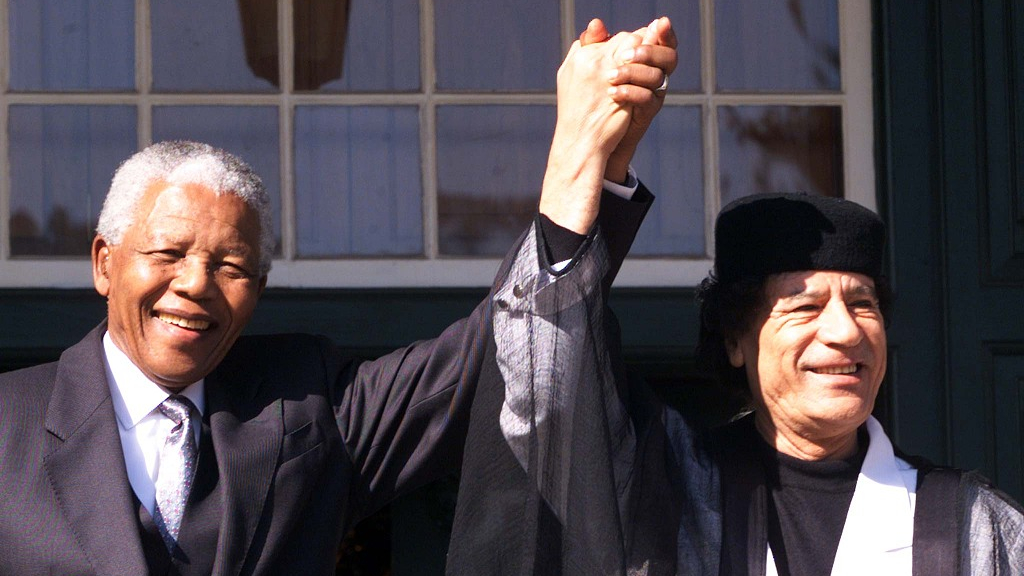 The eccentric leader had plenty of quirks. The colonel had a habit of living in tents and carried one wherever he traveled. In official settings, Gaddafi insisted on being referred to by his unofficial title "The Brotherly Leader and Guide of the Revolution."

Under Gaddafi's leadership, Libya's economy grew 600 percent in a decade's time as per capita income rose to more than 12,000 U.S. dollars, the fifth-highest in Africa according to the World Bank. Citizens enjoyed a wide variety of social benefits, supported by robust state revenue from selling the country's sizable oil reserves. Medical care and public education became free, while housing was considered a human right and subsidized by the government.

Considered an oppressive "dictator" by most western leaders, Gaddafi also pushed for women's rights. In the streets of Tripoli and Benghazi, women were free to dress as they liked. This stands in stark contrast to women living in most Arab nations where a strict Islamic dress code is enforced. Many male-dominated professions, such as the police and military also became available to women. 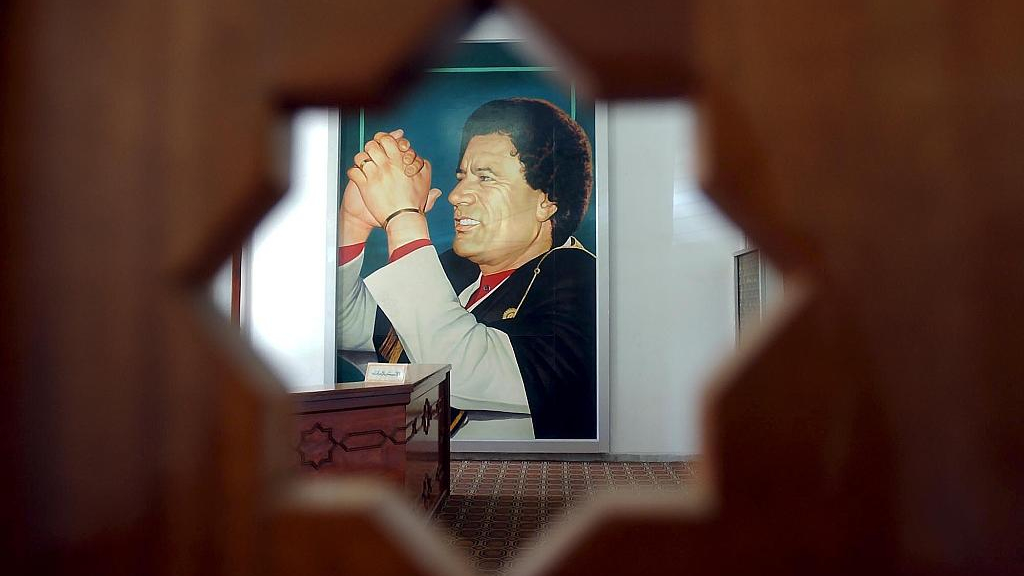 An art piece at the World Centre for the Studies and Research of the Green Book in Tripoli, Libya. /VCG photo

An art piece at the World Centre for the Studies and Research of the Green Book in Tripoli, Libya. /VCG photo

Why Gaddafi had to go?

In late February, 2011, a wave of uprising began to spread from Benghazi, as rebels took up arms in an attempt to overthrow Gaddafi's government. The rebellions were widely reported by mainstream western media as the result of brutal domestic suppression by Gaddafi the dictator. Recent revelations from leaked U.S. government documents, however, point to a more sinister plot by the Western governments to gain control of Libya's resources, including its oil and sizable foreign assets.

Of the 3,000 emails leaked from Hillary Clinton's server, her interaction with close-confidant and attorney Sidney Blumenthal was perhaps the most revealing. In one of the reports on Libya, Blumenthal stated: "Gaddafi's government holds 143 tons of gold, and a similar amount of silver." He then identified five reasons behind France's involvement in Libya: to obtain Libyan oil, to increase French influence in North Africa, to improve President Sarkozy's domestic reputation, to assert French military power and sabotaging Gaddafi's influence in "Francophone Africa."

"No matter in Africa or the Arab world, Libyan leader Gaddafi has been the most zealous Arab leader against the U.S. and Western Europe," former Middle East and Africa Senior Correspondent of Xinhua News Agency Gu Zhenglong told CGTN. "Overthrowing Gaddafi and establish a pro-West regime was one of the main reasons behind the 2011 military intervention."

Many of the "freedom fighters" backed by NATO in 2011 had links to the CIA and even terrorist groups like al-Qaeda. One of the rebel leaders, Abu Sufian Ibrahim Ahmed Hamuda Bin Qumu, was a former Guantanamo Bay detainee who joined the Taliban in 1998, according to a Wikileaks file from 2005. Khalifa Haftar, leader of the Libyan National Army currently fighting in the Libyan Civil War, arrived in New York as early as 1991 and received training in "sabotage and other guerrilla skills" from American intelligence officials, according to the New York Times.

"This country is a piece of cake, rich, full of gas, oil, and we have more than 100 billion dollars of deposits abroad," said Saif al-Islam Gaddafi, son of Muammar Gaddafi as he talks about the motives of countries behind the 2011 intervention before being imprisoned. "And we have to get rid of Gaddafi because he's the only obstacle between us and the cake."

By now, the world seems to be tired of hearing about Libyan refugees as they risk their lives to escape a homeland torn to shreds by what seems like perpetual violence. The European Union has been paying the Libyan coast guard to keep the migrants trapped in the failed state, leaving them at the mercy of opportunist warlords and human traffickers. For the elites in Washington, the country is exactly where it needs to be – a third world backwater eating itself away to oblivion.