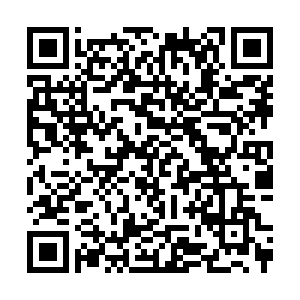 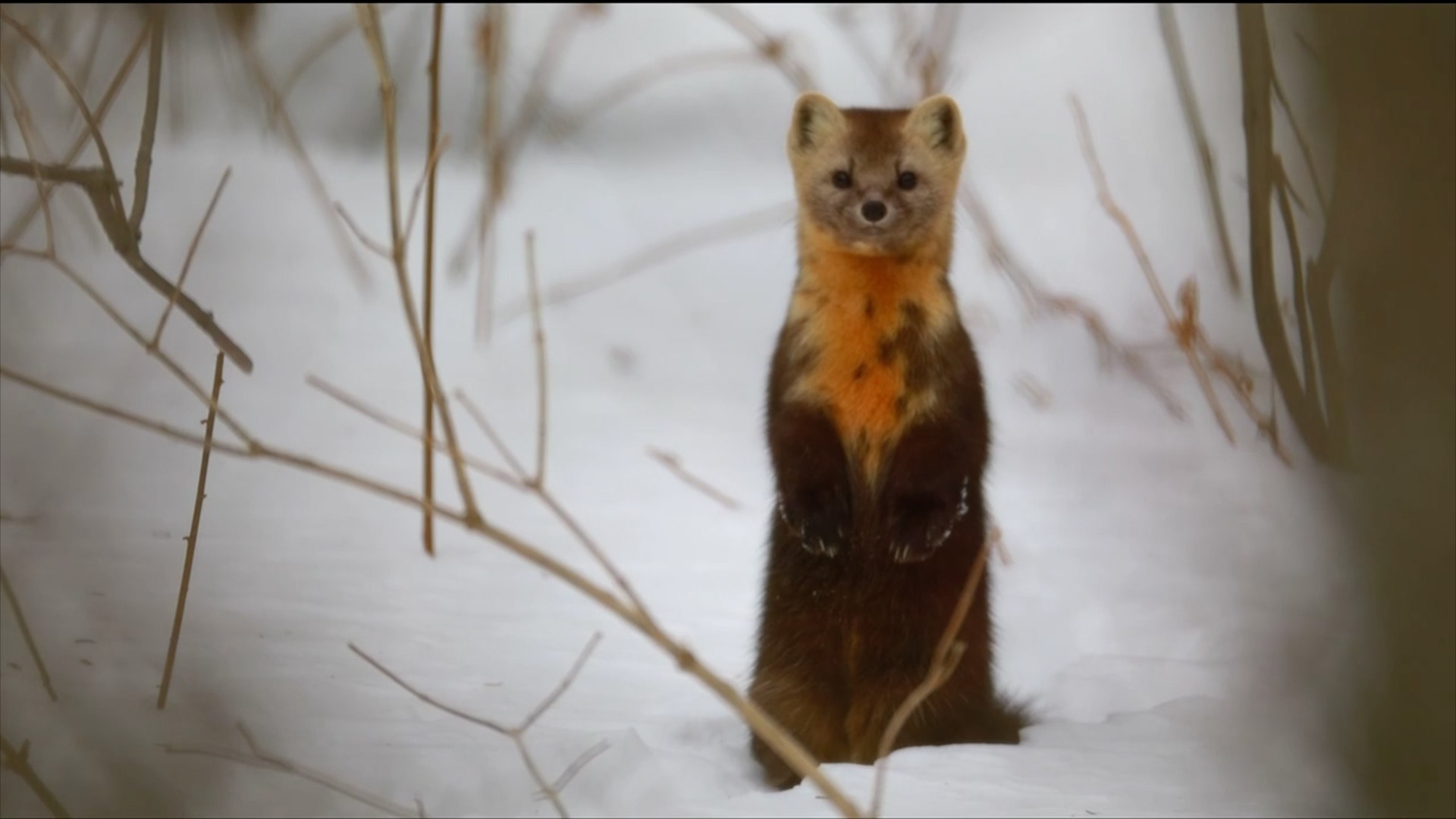 The three cute sables in the video do not know they are being recorded. They feel safe, because they are at home -- Xianfeng National Forest Park in Yanbian, Jilin Province in northeastern China. 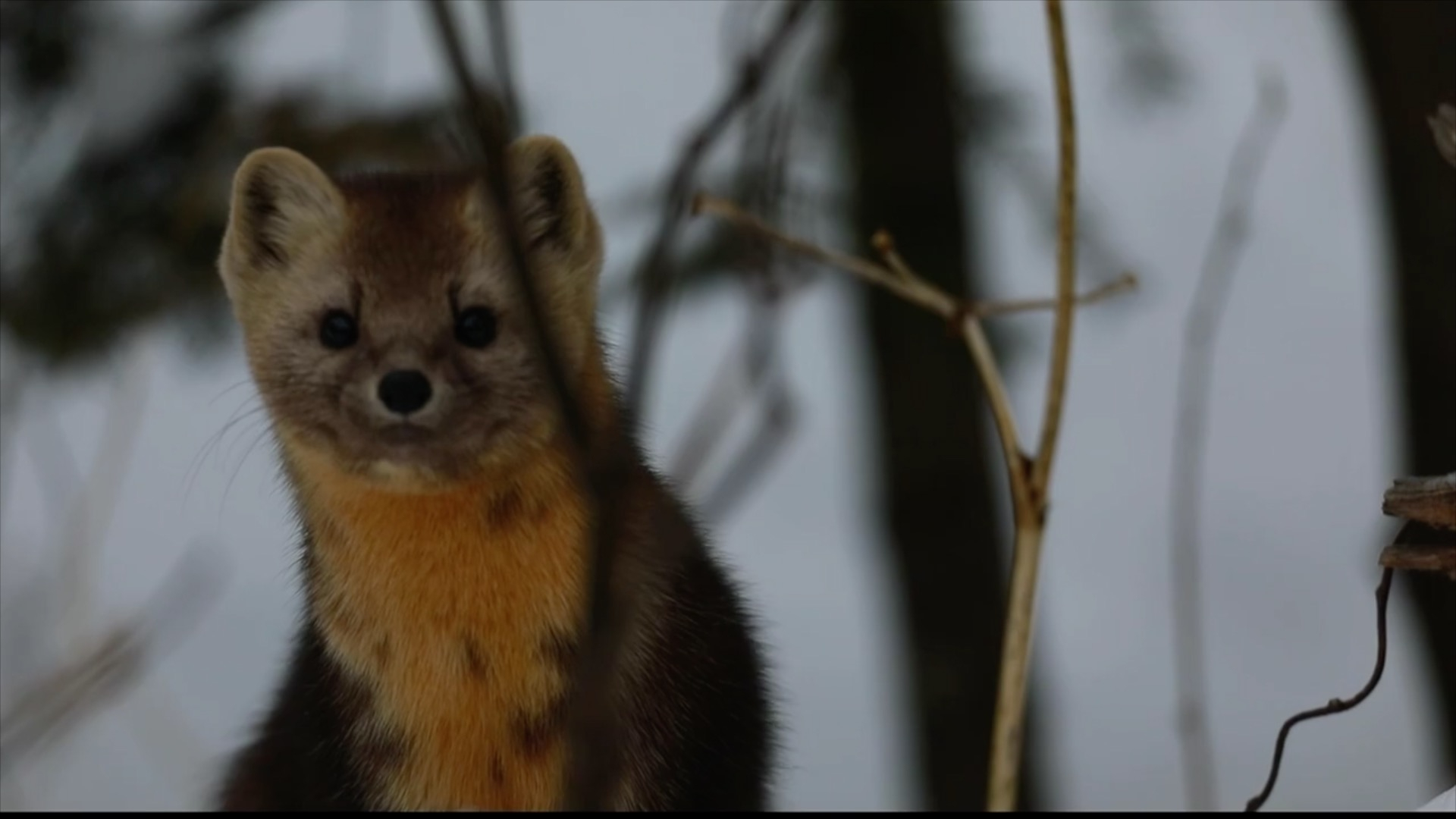 "Sable" means "purple marten" in Chinese. The cat-sized carnivore has dark brown or black fur, which looks purplish in the snow. Sables prefer living in dense forest in cold or sub-cold zones, at an altitude of 800 to 1,600 meters. Jilin Province has the ideal habitat for them. Since the species is under first-class national protection, the local government has taken multiple measures to protect wild sables and their habitats. In the last two years, sables were spotted in winter. This year they have appeared pretty early, pointing to an increasing population. 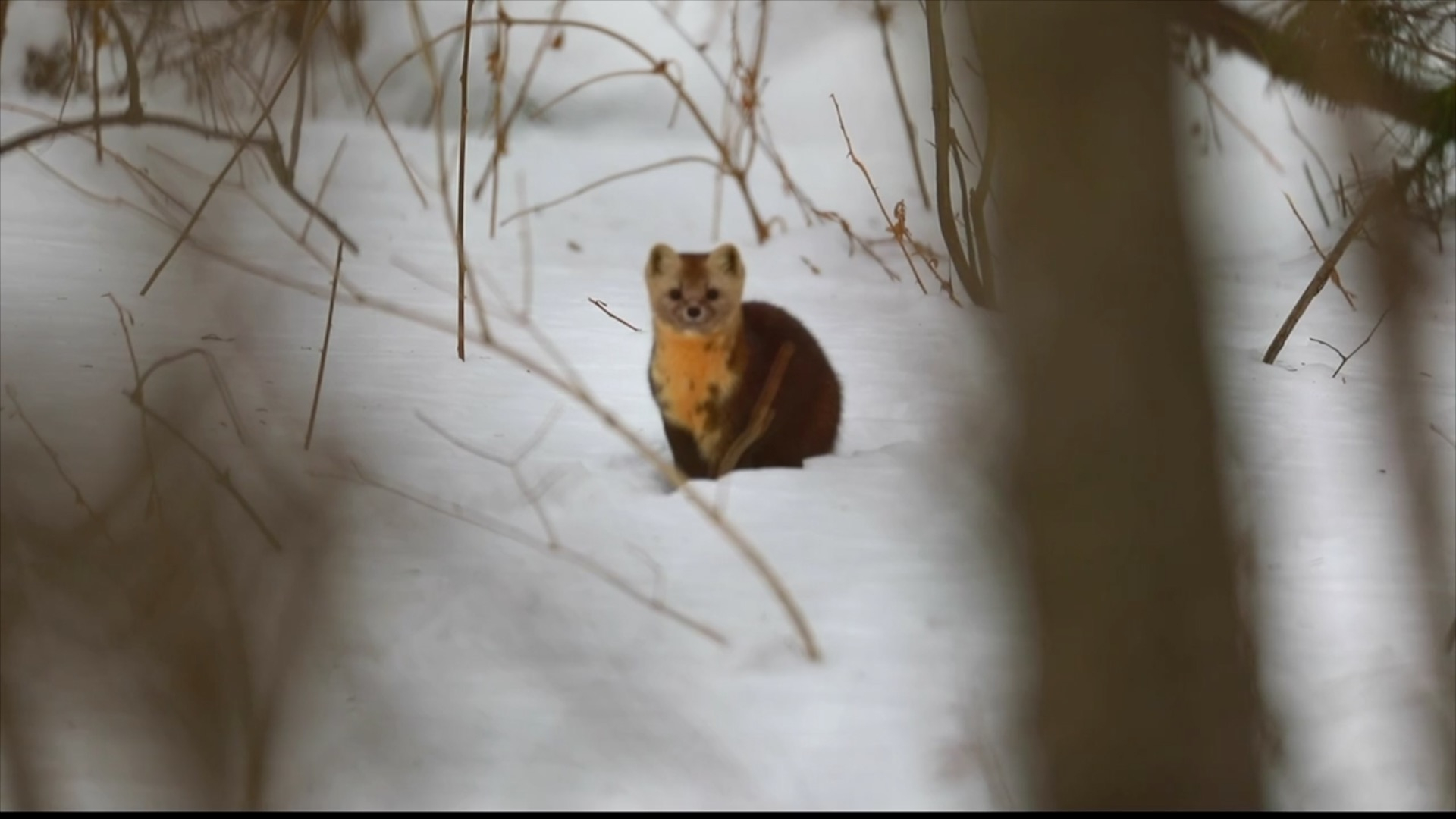 Sables mainly feed on rodents and other small mammals. In winter, when they are confined to small areas by heavy snow, they may follow wolves and bears to pick up some of the leftovers. In forests in Jilin, sables never need to worry about drinking water, because they eat the snow for hydration. 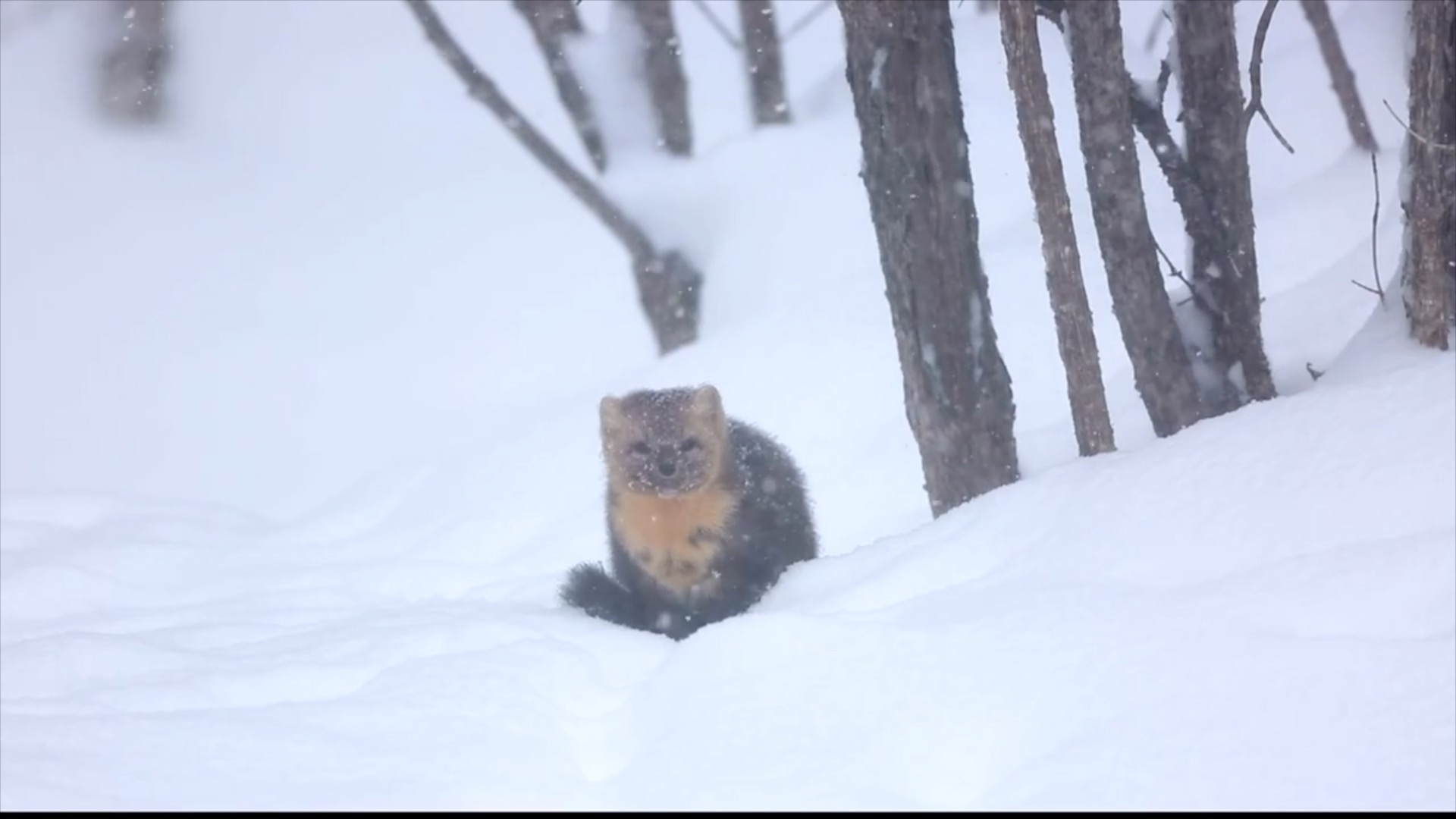 Historically, sables were killed for their precious silky fur. In Russia, it is still legal to hunt sables but most fur on the market is commercially farmed. 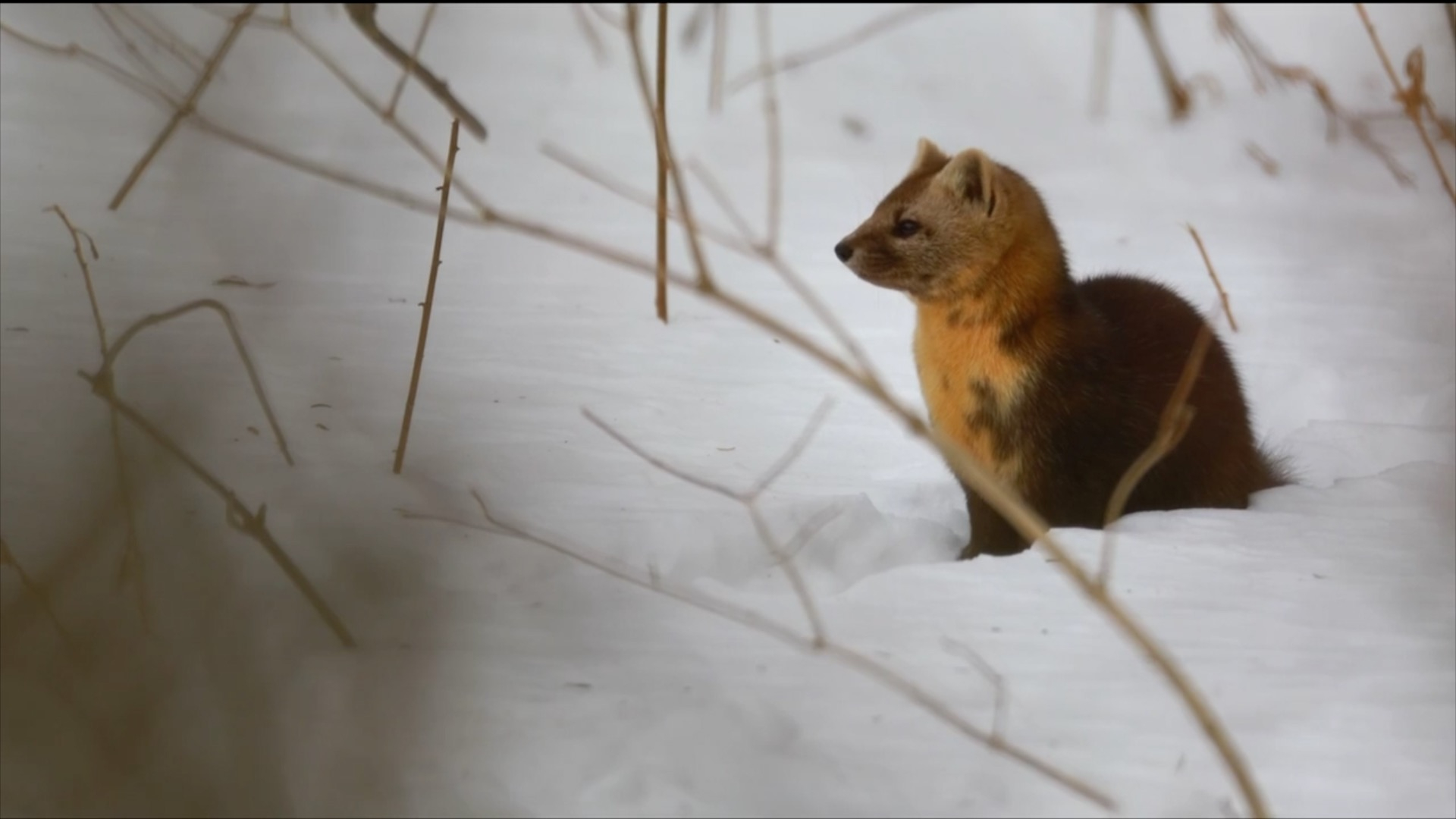 (Cover photo is a still shot from the video. Edited by An Qi)