Asghar Farhadi: The best treasure house for creativity is inside of you
By Zhang Xiaohe 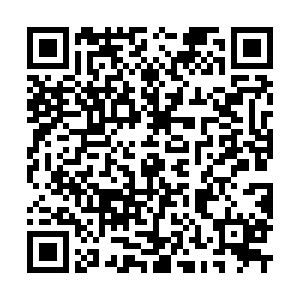 I must have been incredibly simple or drunk or insane

to sneak into my own house and steal money,

to climb over the fence and take my own vegetables.

But no more. I've gotten free of that ignorant fist

that was pinching and twisting my secret self.

The universe and the light of the stars come through me.

I am the crescent moon put up.

The two-time Oscar-winning Iranian director Asghar Farhadi shared his knowledge with young Chinese directors in his masterclass during the Hainan Island International Film Festival (HIIFF), focusing on the "unconscious" part in his creative works. He also answered questions on creativity in filmmaking from press including CGTN Digital. 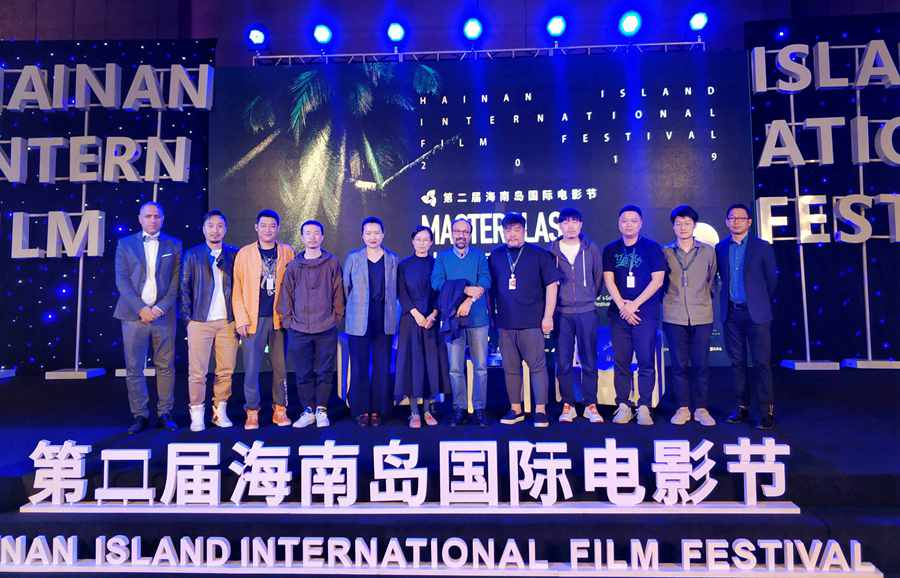 In 2012, your film "A Separation" was shown in Chinese movie theaters, and it was very popular. We've noticed that many of your films focus on family dramas, the middle-class and women, is that so?

I would say that there are two parts in the process of my screenplay writing. There is one unconscious part and one conscious part. I think we all have a treasure house inside us, and this treasure house, this database we have is unconscious. For example, the movie "About Elly." Since I was a kid, there is always a scene in my mind. A guy is facing the sea, wearing a trench coat, and his clothes are wet. He was watching the sea. This scene has been in my mind for several years. I don't know where it came from. I am curious who is by the sea and why his clothes are wet. If he just came out of the sea, why didn't he take off his clothes? Is it because his wife drowned in the sea and he couldn't save her? I thought about it again and again, and this is just a starting point; the story itself exists. I was just looking for these stories, these people during my creation. For example, there are many stones on the mountain. When you carve one stone, you are just taking the statue out of the stone. I have this story in my head, so my job is to find it. 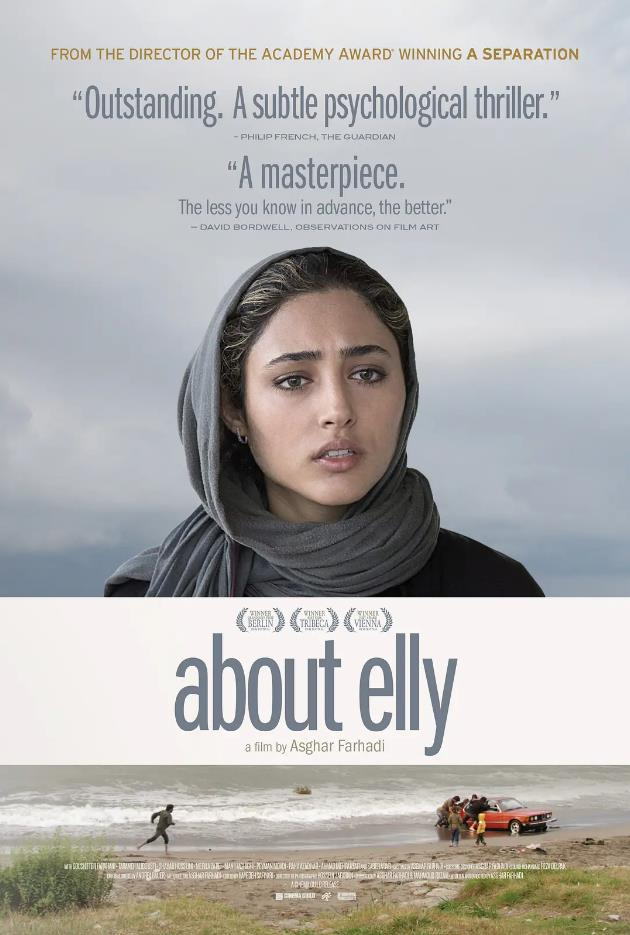 A poster of Asghar Farhadi's movie "About Elly." /CGTN Photo

A poster of Asghar Farhadi's movie "About Elly." /CGTN Photo

For "A Separation," I remember exactly how it all started. It was a day when my brother was telling me a story and describing a scene. My grandfather had Alzheimer's, and my brother was taking care of him.

He was telling me about this moment when he brought him to the bathroom and started washing him. And because of the tragedy of the moment, because of how sorry he felt for him, he hugged my grandfather and cried.

The image of this moment between these two men was really what triggered the whole script for me. So, I just started with this image, thinking if this is one shot of my film – this man washing his father – then I have to imagine where they come from, how come he's washing his father, who is his wife, where is she, and who are his children? That's how it all starts, like a cluster. They all came from my unconscious, and I finally came up with the whole script.

So, there is a kind of magnetism I would say. You have one first idea, one spark and then all the other bits and pieces in my memory come and stick to this first part. It's only once I have the structure, this general idea coming from the unconscious, that my conscious starts to really elaborate more on it one scene after the other. 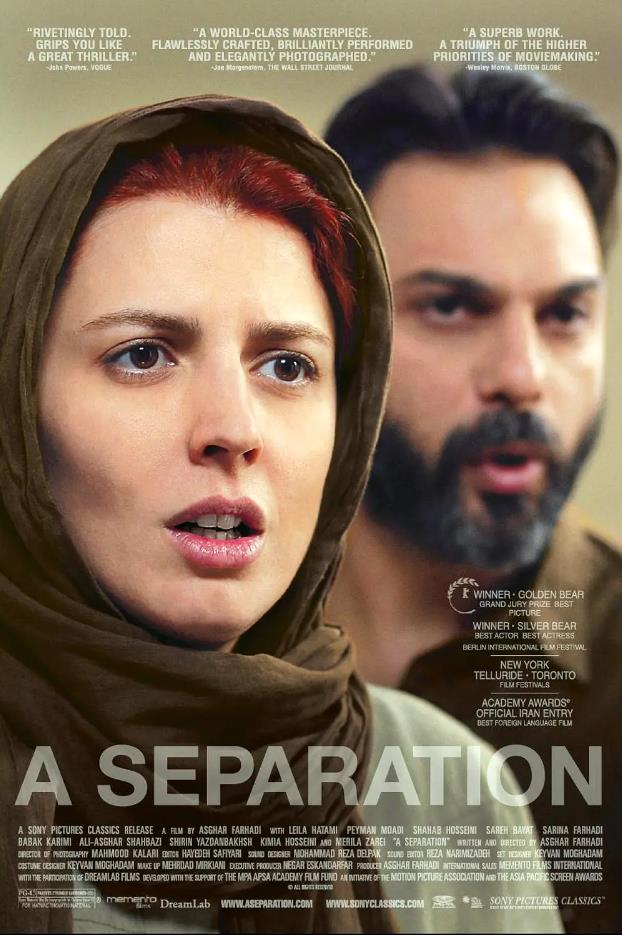 Many people are complaining movies nowadays are not as good as movies produced decades ago, why do you think that is?

Asghar Farhadi: In many places, we hear that the quality of films produced before is much better than films now. I've heard this in France, Italy, Japan and China. I think with the development of science, all kinds of things are getting more and more accessible. We have all kinds of skills and equipment, but few people use the unconscious treasure house, maybe that's why.

Works made from the unconscious can easily connect with the unconsciousness of others. The audience could easily relate. There is an old Persian saying, "Things that originate from the heart can touch the heart of another person."

In many of your films, you often don't clearly state the ending. Do you want to give the audience rational thinking or emotional guidance?

Asghar Farhadi: I think we should use our feelings to feel the movies, so when I make a movie, I use my feelings to associate with my audience. After the movie production is done, my thinking begins. If my audience who watched my movie with feelings, when they finished watching the movie, their thinking should begin as well. Movies touch our hearts. They make us sad and happy. When I make a movie, at the end of the movie, I would reduce the sentimental plot and let the audience think more. If you notice, the music at the end of my movies is the most lively, not sad at all.

Does the couple divorce at the end of "A Separation"? Who does the little girl eventually live with, her dad or mom?

Asghar Farhadi: To be honest, I am also an audience member. I see what you see, and I have no secrets. The ending of the movie is the beginning of a new story. Every person can create their own story for this little girl based on their own life experience. Everyone's story is right because everyone's life experience is different. This is not a game with the audience. This is not about choosing dad or mom; this is an attitude to choose a life.

Would you rehearse with your actors and actresses before shooting?

Asghar Farhadi: My experience is rich in theater, so I will rehearse before making a movie. For the movie "About Elly," we rehearsed four months before shooting. When we rehearse, I'd set the script aside to get to know my actors and actresses better. I did the same rehearsals in Spain and France. Although the language is not the same, actors and actresses there will also rehearse. It is a very new experience for them. When I actually start shooting, the most important thing is still interacting with my actors and actresses. Everything else is secondary. And this kind of rehearsal actually works.  For example, the 12-year-old actress who played the daughter's role in "A Separation" spent a long time with her "father" in the movie during rehearsal. They ate and watched movies together. She also spent a long time hanging out with the crew. When I was shooting, they did look and feel like a real father and daughter. The rehearsals might be strange, but they do work.

Rumi's poems are very popular in the U.S. and around the world. Some people say that 95 percent of Iranians are poets. Is that true?

Asghar Farhadi: Then I think the remaining 5 percent are poets as well. Poetry is very important in our culture. It doesn't mean that people are talking about poetry when they are walking on the road. It means they see things from a poet's point of view. This is because of our beautiful Persian language. Even the word for hello in Persian has wonderful meanings. Alcohol is forbidden in Muslim culture, but in our culture, there are many poems about wine. For example, a wine glass is just wine glass in English, but there are several words for wine glass in Persian.

Have you ever thought about spreading unconscious creative ideas in other countries?

Asghar Farhadi: In China, I don't have much scenes and memories in my unconscious treasure house, so I would rather make movies in Iran. Making films abroad is just an experience for me. 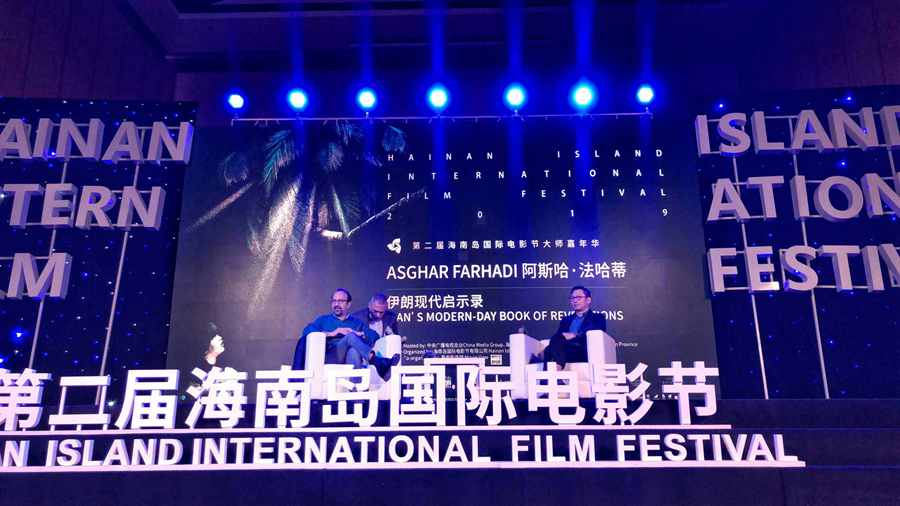 Asghar Farhadi was born in 1972 in Iran. He became interested in the cinema when he was a teenager and started his education in filmmaking by joining the Youth Cinema Society of Esfahan in 1986, where he made 8mm and 16mm short films. He received his Bachelors in Theater from the School of Dramatic Arts at Tehran University in 1998 and his Masters in Stage Direction a few years later.

Farhadi made his directorial debut with "Dance In The Dust" in 2003, and a year later, he made "Beautiful City." His third film, "Fireworks Wednesday," won the Gold Hugo at the 2006 Chicago International Film Festival. His fourth film, "About Elly," made in 2009, won the Silver Bear for Best Director at 59 Berlin International Film Festival as well as Best Picture at Tribeca Film Festival. It was also Iran's official submission for the Best Foreign Language Film competition of Academy Awards in 2009. His next film, "A Separation," became a sensation in 2011. It got critical acclaim inside and outside of Iran. Roger Ebert called it "the best picture of the year," and it received both the Golden Bear and the Silver Bear for Best Actor and Best Actress at the Berlin International Film Festival. The film also won Best Foreign Language Film from The Boston Society of Film Critics, the Chicago and Los Angeles Film Critics Association, the New York Film Critics Circle, the National Board of Review, the Golden Globes, the Cesar Award, the Independent Spirit Award, and ultimately the Academy Award in the Best Foreign Language Film of the Year, making him the first Iranian filmmaker ever to win an Oscar.