Major Snow: A snowy world with a hint of green
Zhang Ziyu 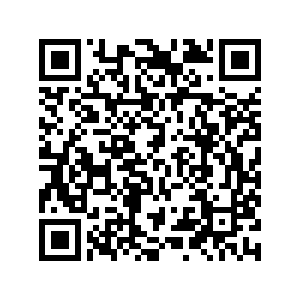 Heavy snow brings us a romantic ice world of pure white, which also means the Major Snow period is coming.

Major Snow, or "Daxue" in Chinese, is the 21st of the 24 solar terms of the Chinese lunar year, and the third solar term of winter, marking the arrival of midwinter. The temperature drops day by day, as the year is coming to an end. 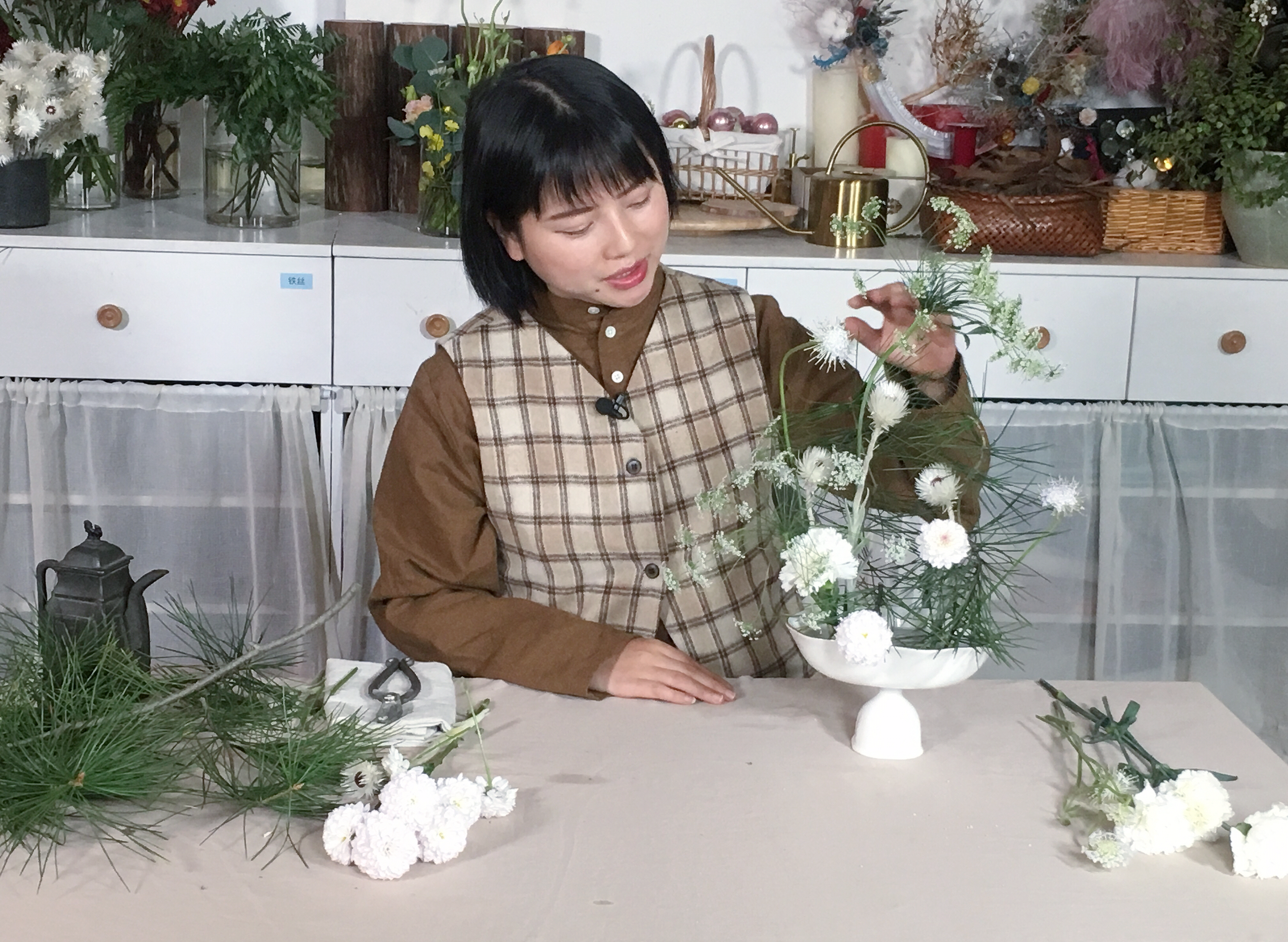 White and green: the color of the 21st solar term

There are few plants able to stay vibrant throughout winter, pine trees in one of them. This is why florist Cherry Ran selected the white-barked pines as the main plant for this floral design.

"It reminds you of pine trees covered by heavy snow in the winter, with green and white intertwined together," Cherry explained. She used five different white flowers to match the green pines. 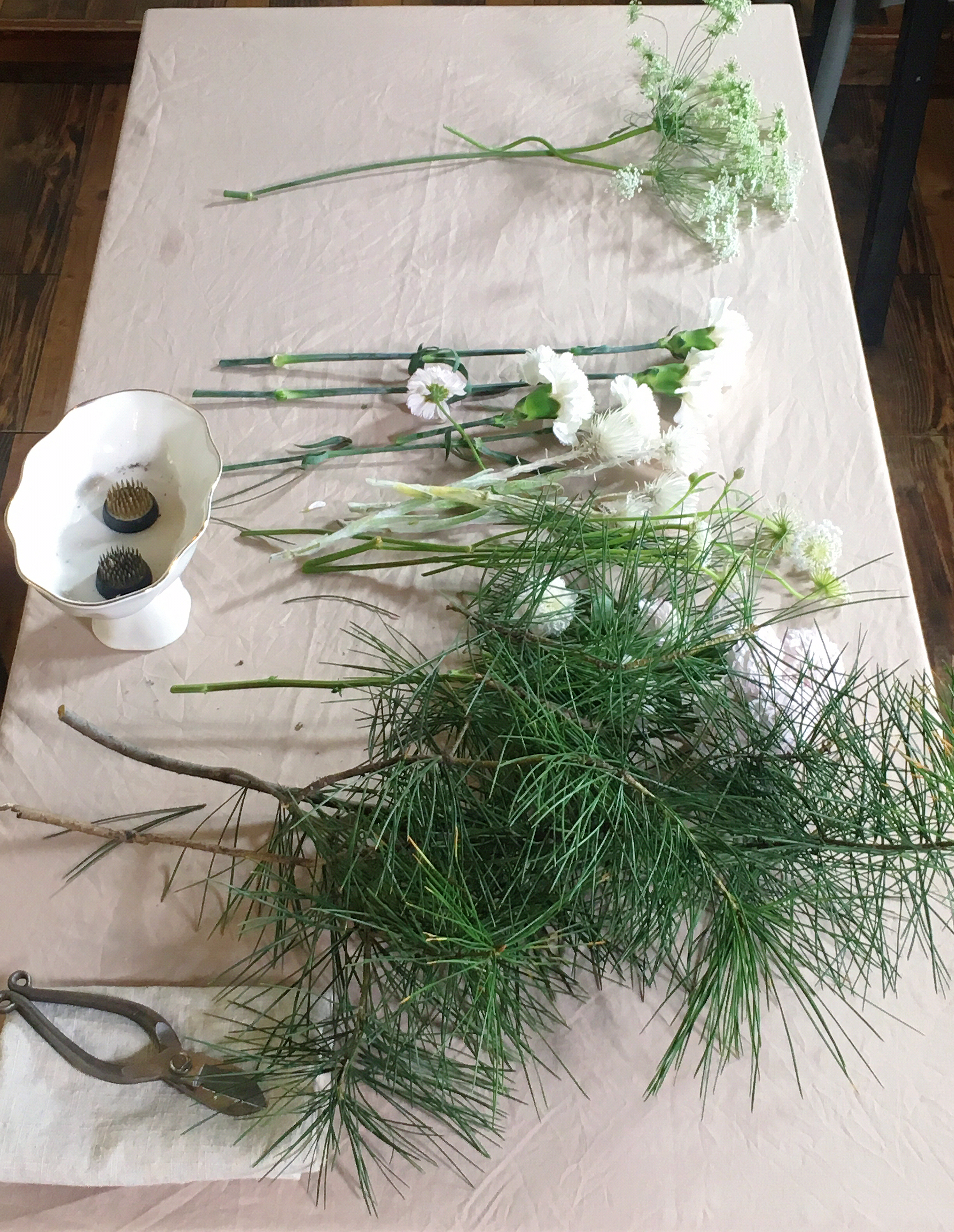 Helichrysum has the same texture as a white paper, and can maintain the same color for long periods. Bellis perennis with light pink represents clumps of the snowflake, heightening the atmosphere of tranquility.

Trachymene coerulea's trunk is charming. "They look like dancing elves."

The five flowers with their white tones and textures create a small "indoor" winter landscape where the white snow takes center stage. 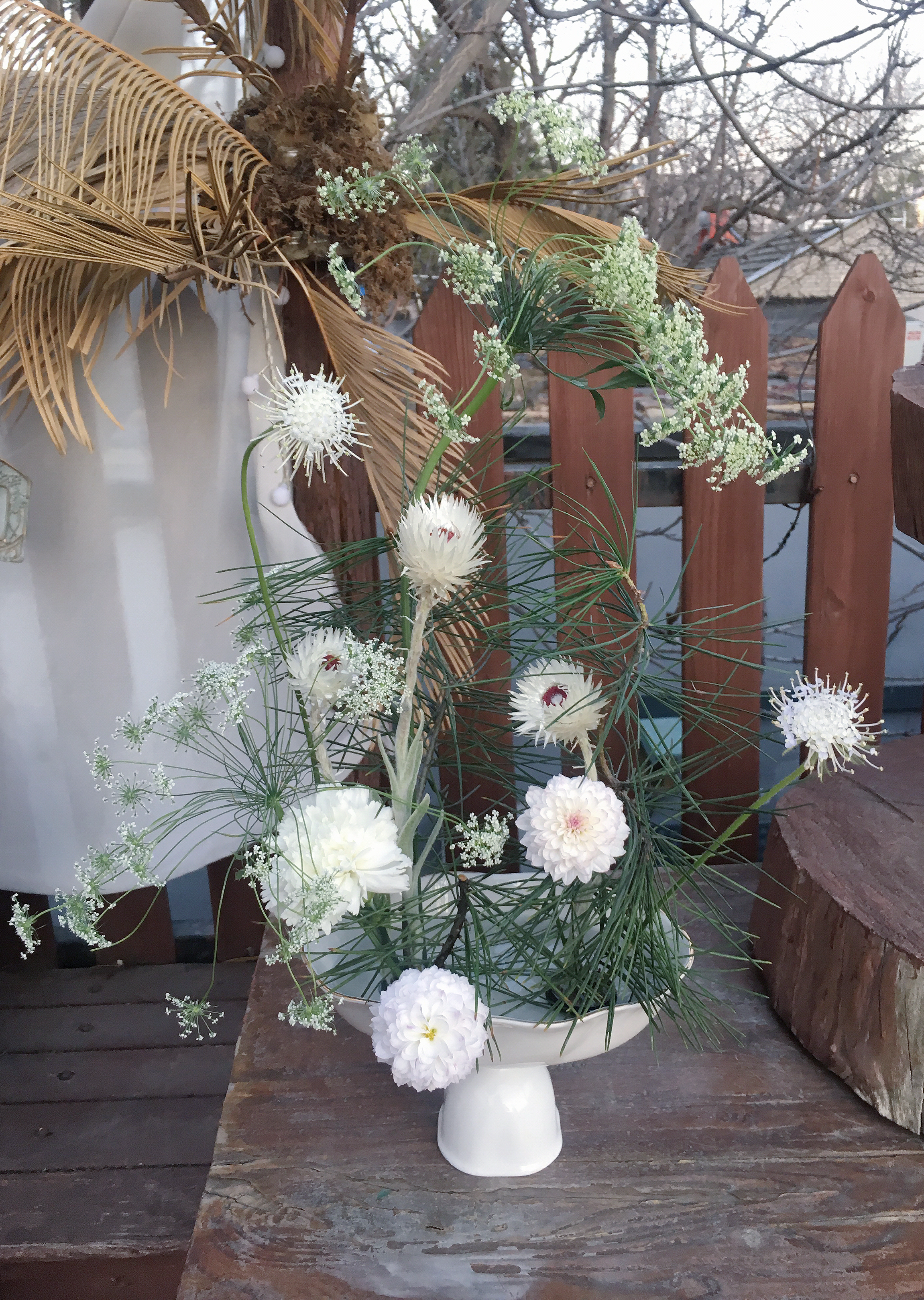 The culture behind the solar term

Chinese literati wrote many poems about snow. One of the most famous is by poet Censhen from the Tang Dynasty (618-907). The poem goes:

As sudden as a spring wind arrives,
Thousands of pear trees bloom within one night.

The poem creates the beautiful sight of snow falling vividly, recreating a scene of thousands of white pear trees blooming in one night.

During the Major Snow period, the temperatures in most areas of China fall to zero degrees Celsius or below. People prefer to enjoy the snow-covered landscape from home.

Placing a floral work like this at home can make your snowing days even more poetic.