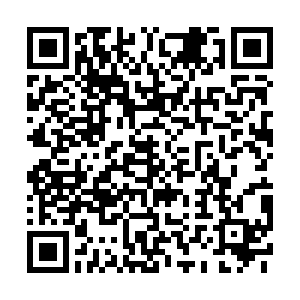 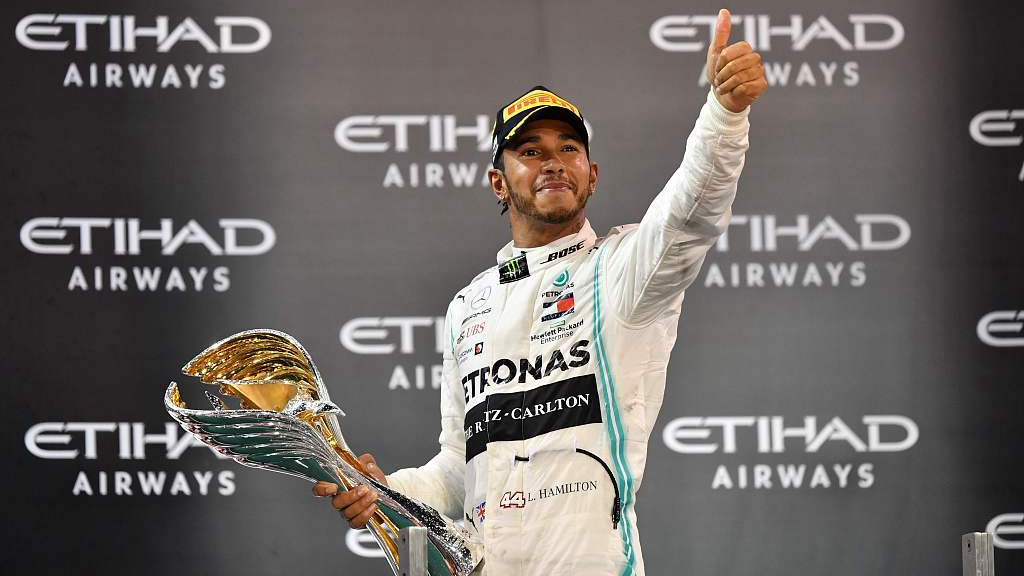 Lewis Hamilton of Mercedes Benz cemented his king status in the current F1 world with 11 title victories out of 21 grand prix races in 2019.

He officially lifted the 2019 F1 World Championship Drivers' trophy on Friday evening, appearing at the Federation Internationale de l'Automobile (FIA) Prize-Giving in Paris to receive his silverware after a dominant season.

The 34-year-old Briton started racing in karting competitions in 1993 and closely connected with Mercedes since 2013 following his six-year attempt with McLaren in the world's top motor racing field between 2007 and 2012.

Michael Schumacher was the holder of a record 91 Grand Prix race wins before he suffered a serious skiing accident in December 2013.

The 34-year-old Hamilton, unchallenged from lights to flag, started from a record 88th pole position to clinch his 84th career win in Abu Dhabi, UAE, December 1, 2019.

The victory in the Abu Dhabi race marks his sumptuous confirmation of his title-winning supremacy in the season.

Hamilton can equal Michael Schumacher's record seven championships next year, and looks set to surpass the great German's milestone 91 wins, but said he had never been focused on such statistics. 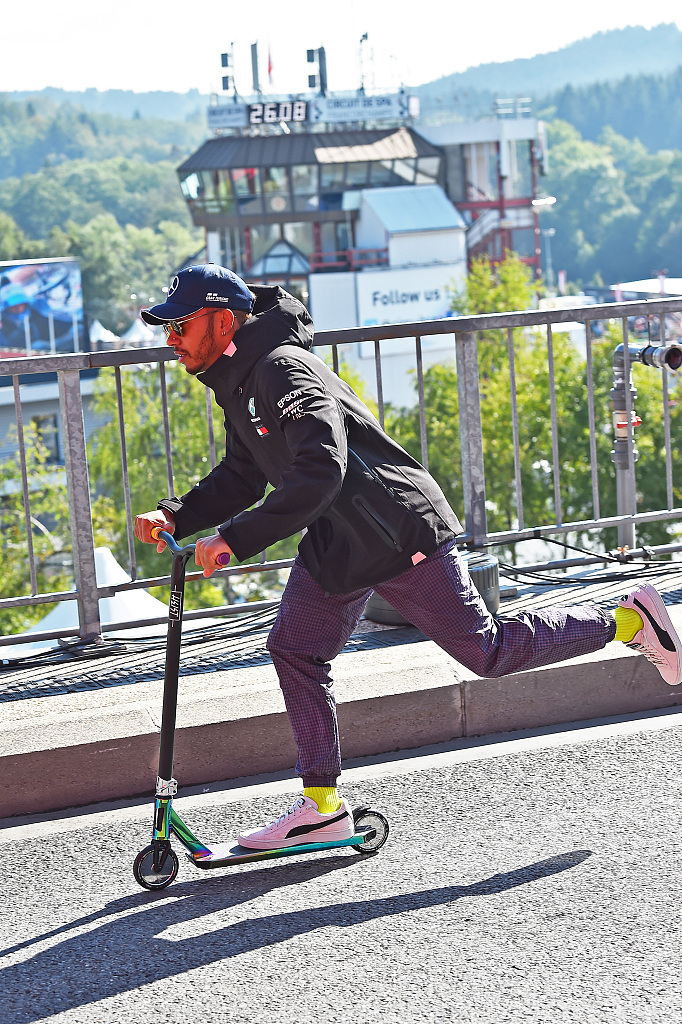 "These guys. There's a lot of youngsters coming through," Hamilton said as he has laid down 2020 marker to the next generation.

"It's great to be in a period of time when there's lots of youngsters coming through – and I'm privileged to be here while they come through."

'Still I rise' tattoo and number 44

"Every year is a blank slate, every season," said Hamilton. "I use 44 on my car, I never use number one. I feel like every season number one is there up for grabs for everyone."

Besides his 11 wins, Hamilton finished second in four races and third in two stops. Also, he finished fifth at the Austrian race in June and crashed his car at the German stop in July.

So what Hamilton said after races of wins and losses can somehow reflect his ambition and impeccable strength in the extreme motor sport, just as his "Still I Rise" tattoo on his back shows.

Here is a review of what Hamilton said after 11 winning races.

Hamilton took a lucky win for Mercedes after engine trouble in the dying stages.

"I was not expecting that result," said Hamilton, who had complained earlier of feeling like a sitting duck with his fading tires. 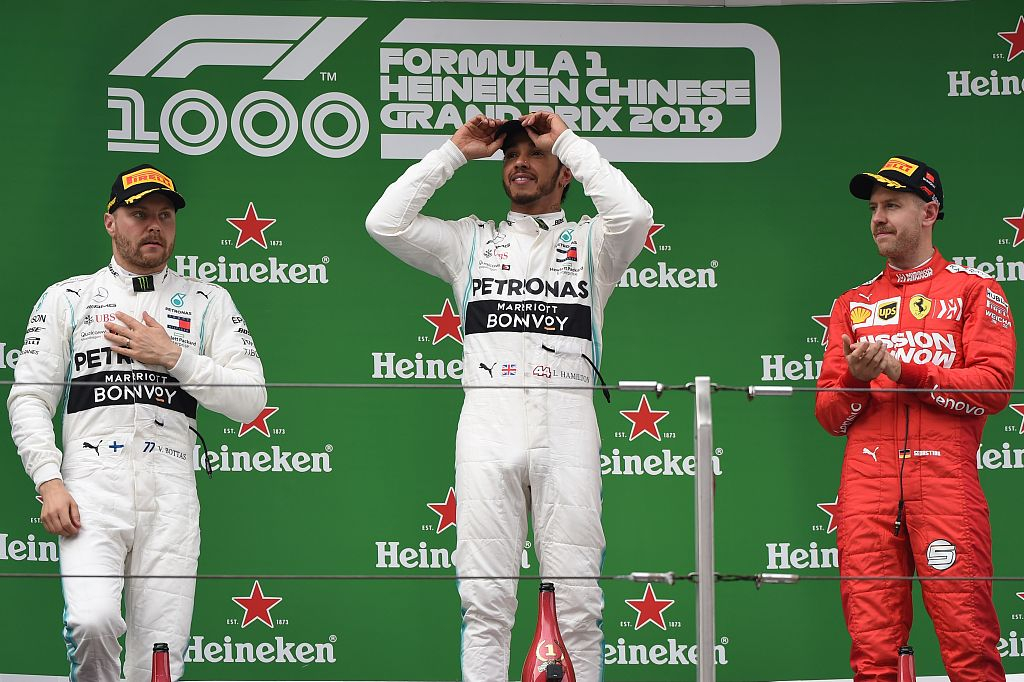 "To have a one-two together is really special in the 1,000th Grand Prix. The start was where I was able to make the difference, and after that it's kind of history," said the Briton, who also won the 900th in Bahrain in 2014.

Hamilton hailed history in the making in Spain as his Mercedes team celebrated the best-ever start to a season with a fifth one-two finish in as many races.

"I'm enjoying continuous growing with this team and, I mean, it's incredible what we're achieving together"

"I plan on working with this team to help it become the most successful team of all-time. That's my current goal and my sole focus." 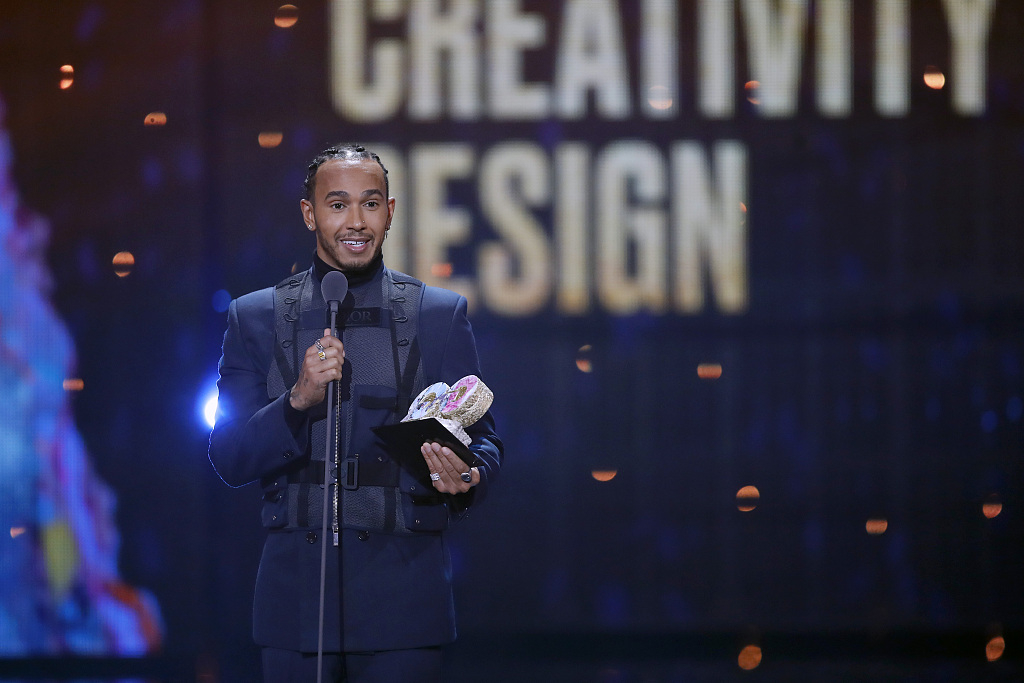 Lauda from Austria was a triple world champion and non-executive chairman of the Mercedes team who died aged 70 on May 20 one week before the Monaco GP.

"That was definitely the hardest race I've had," said Hamilton, before cooling down with a plunge into the trackside swimming pool in his sweat-covered overalls after the podium ceremonies.

"I really was fighting with the spirit of Niki."

Hamilton won the Canadian Grand Prix in a controversial fashion after Ferrari's Sebastian Vettel crossed the finish line first but was given a five-second penalty.

"Not the way I wanted to win," said Hamilton.

On a scorchingly hot afternoon at Le Castellet's Paul Ricard circuit, Hamilton put the rest of the pilots to shame as he led from start to finish, taking his fourth win in a row and sixth of the season. 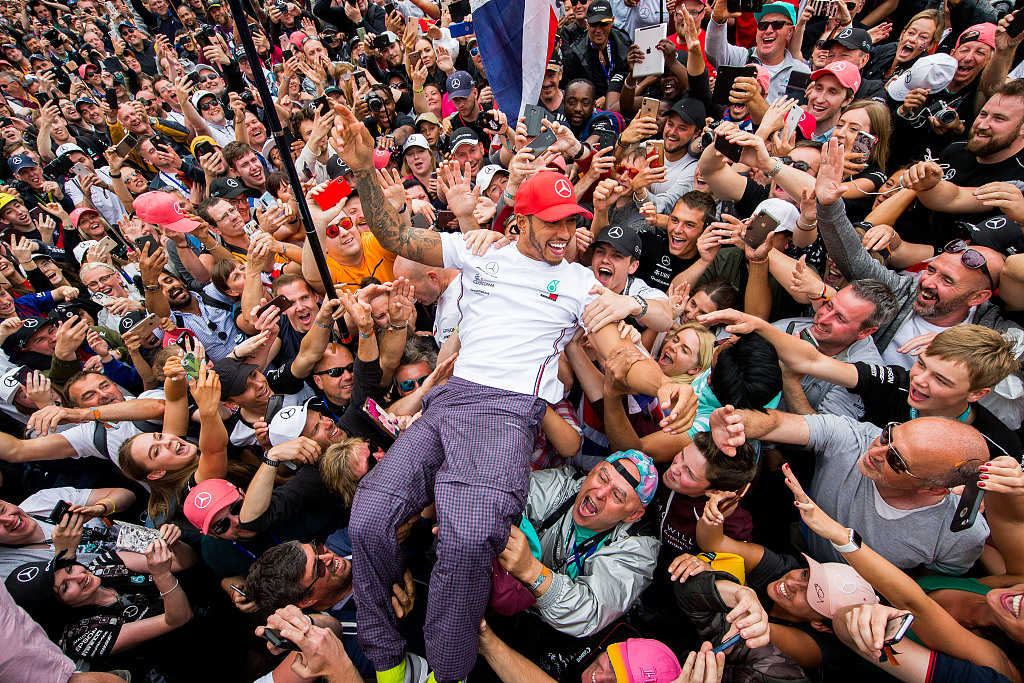 "Ah, what a day! I love you, Silverstone," Hamilton exclaimed over the radio after rapper Stormzy waved the chequered flag.

Hamilton hailed his Hungarian Grand Prix victory as "the ultimate testament of teamwork" after reeling in Red Bull rival Max Verstappen with a superb combination of speed and strategy.

Starting third on the grid, he rejoined the track with nearly 20 seconds to make up.

"I don't know if that was the right call, man," Hamilton told the team over the radio.

"It felt like the steepest wall to climb when you come out that far behind, but the team had relaxed faith that we would do it and I'm grateful for their hard work and the decision."

Hamilton won the Russian Grand Prix in a surprise Mercedes one-two after Ferrari tripped over team orders and were undone by a virtual safety car they triggered.

"It's pretty easy just to focus on the task in hand... honestly just focusing on trying to be the best I can be each weekend, one race at a time and making sure I'm just delivering at a high rate." 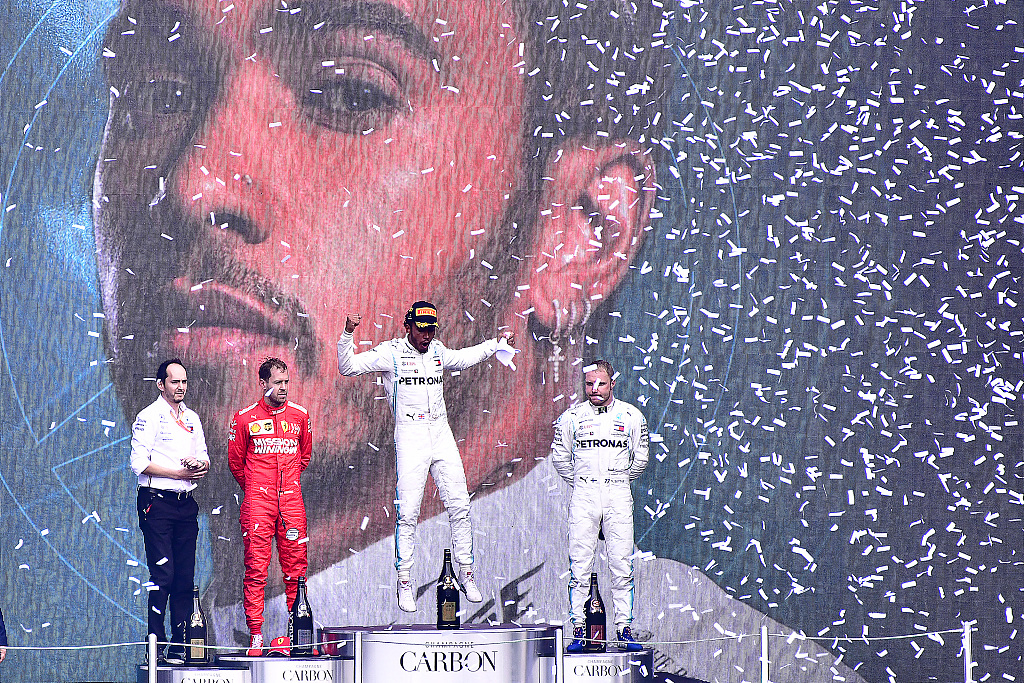 The Mexican title was Hamilton's 10th win of the season, 83rd of his career, and also the 100th for Mercedes as a constructor.

"I had quite a bit of damage on my car so the race was quite a bit of a struggle," said Hamilton, referring to the consequences of an opening lap clash with Red Bull's Max Verstappen that he described as "hair-raising."

"Honestly I'm proud, definitely, but I'm super-grateful to this incredible team and all the people at Mercedes who have continued to push this year," said Hamilton after winning the season's final race.

What did Hamilton say when he finish second and third?

At the season-opening race in Australian, Hamilton was frustrated with his Melbourne runner-up finish.

"Obviously, the strategy was not ideal in the scenario that I had," he told reporters of the early tire change.

"So working with what I was given, I think I did a relatively decent job."

"Just obviously the start, I lost out quite a lot."

"Valtteri made no mistakes and truly deserved the win. For me, it was all lost in qualifying," said Hamilton of his Benz teammate Valtteri Bottas of Finland, who won the Azerbaijan race

Ferrari's Monegasque racer Charles Leclerc crossed the line 0.9 seconds ahead of a hard-charging Hamilton. However, this was a bittersweet win for Leclerc as he was tempered by the death of French racer Anthoine Hubert, aged 22, who lost his life after sustaining injuries in a high-speed accident one day before the Belgian race.

"There's a lot more greatness to come from him and I'm looking forward to seeing his growth and racing alongside him. It was fun today, trying to chase him. He was just a little bit too quick." 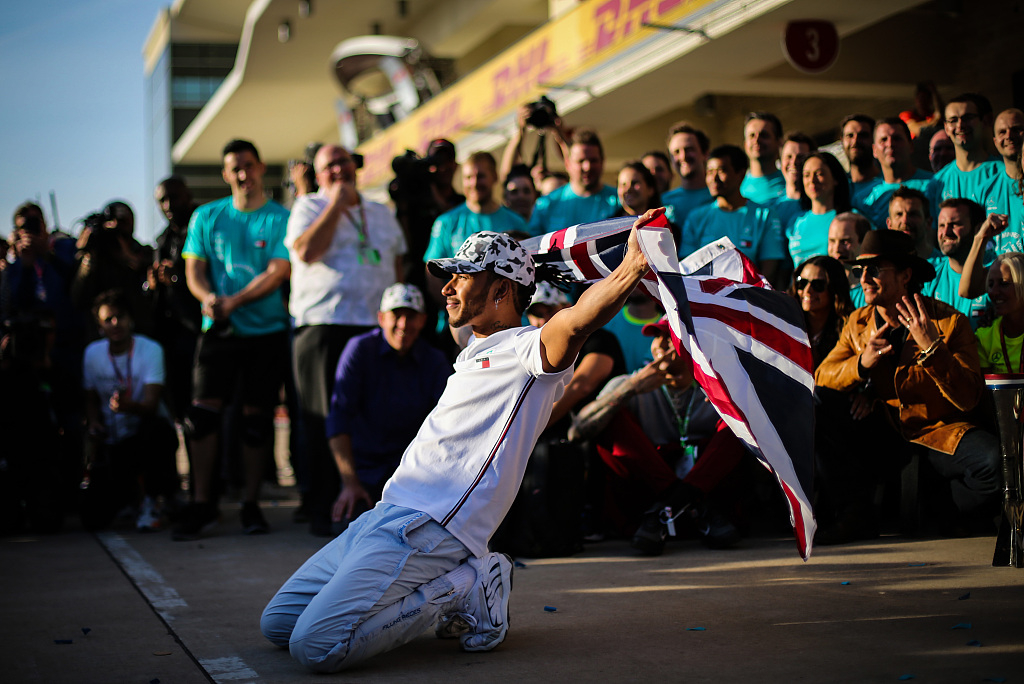 Lewis Hamilton celebrates with the team after winning his sixth championship of F1, two races ahead of the season's final Abu Dhabi race, in Austin, U.S., November 3, 2019. /VCG Photo

Lewis Hamilton celebrates with the team after winning his sixth championship of F1, two races ahead of the season's final Abu Dhabi race, in Austin, U.S., November 3, 2019. /VCG Photo

Circuit of the Americas, November 4

Even though Hamilton finished second at the U.S. race, he secured his championship of the season, sixth of the career, at the Circuit of the Americas because of his overall points at the F1 ranking.

"I was pushing as hard as I could, I was hopeful that I might be able to win today but didn't have it in the tires unfortunately," said Hamilton.

"My dad told me when I was six or seven years old never to give up and that's kind of the family motto."

Hamilton finished fifth at the Austrian race, during which Red Bull's Dutch racer Max Verstappen clinched the title to end Mercedes' streak of success in F1 on the Red Bull Ring on June 30.

It all started because Hamilton began in fourth since he was given a penalty for blocking Alfa Romeo's Kimi Raikkonen in the qualifying race. 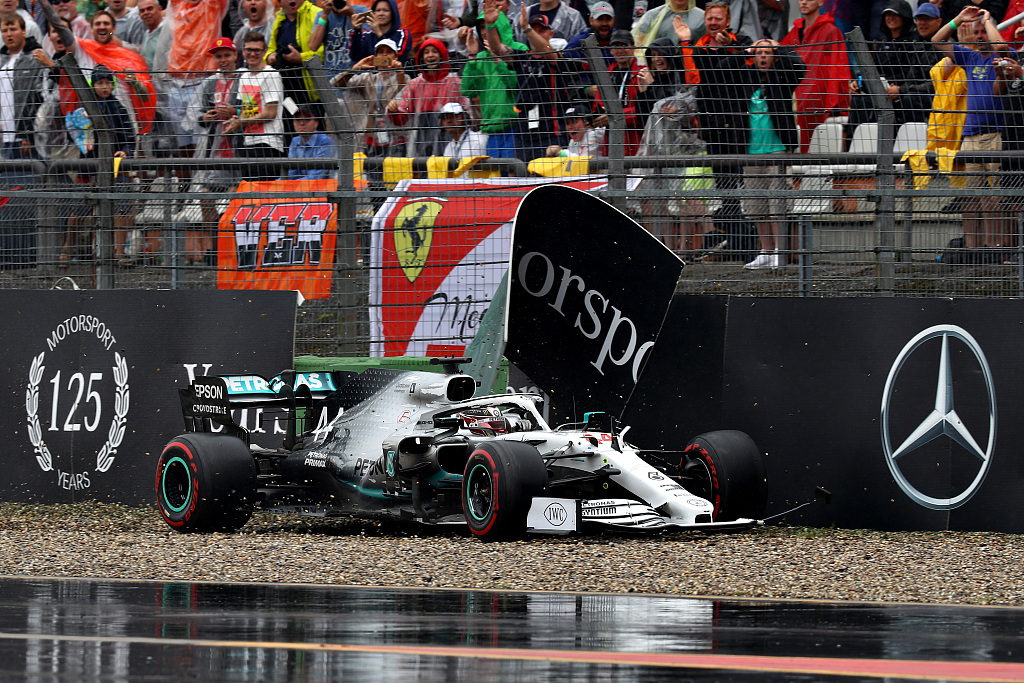 As Mercedes celebrated 200 races and 125 years in motorsport, Hamilton encountered his worst ever race of the season on the Hockenheim ring at the German Grand Prix on July 28.

Even though leading from pole position, he ran off the track and hit the barriers at the penultimate corner that also claimed Ferrari's Leclerc and others.

All went wrong for Hamilton as he smashed his front wing, served a five-second time penalty and survived a wild spin to cross the line out of the points.

"How has this gone so bad?" the Briton asked on the team radio.

"It's just been a bad day. A bad weekend. There's not really much to say. It was probably the worst day I've had in the office for a long, long time," said Hamilton.

"You live and you learn. I don't really know what happened today, to be honest, but I'm glad it's over," added the 34-year-old.

(All quotes are from agencies)