Travelogue: Only adrenaline can warm you in Inner Mongolia's frigid Hulunbuir
By Megan Zhang, Liu Zhenshuo 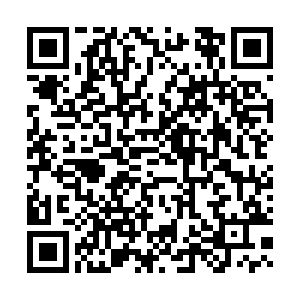 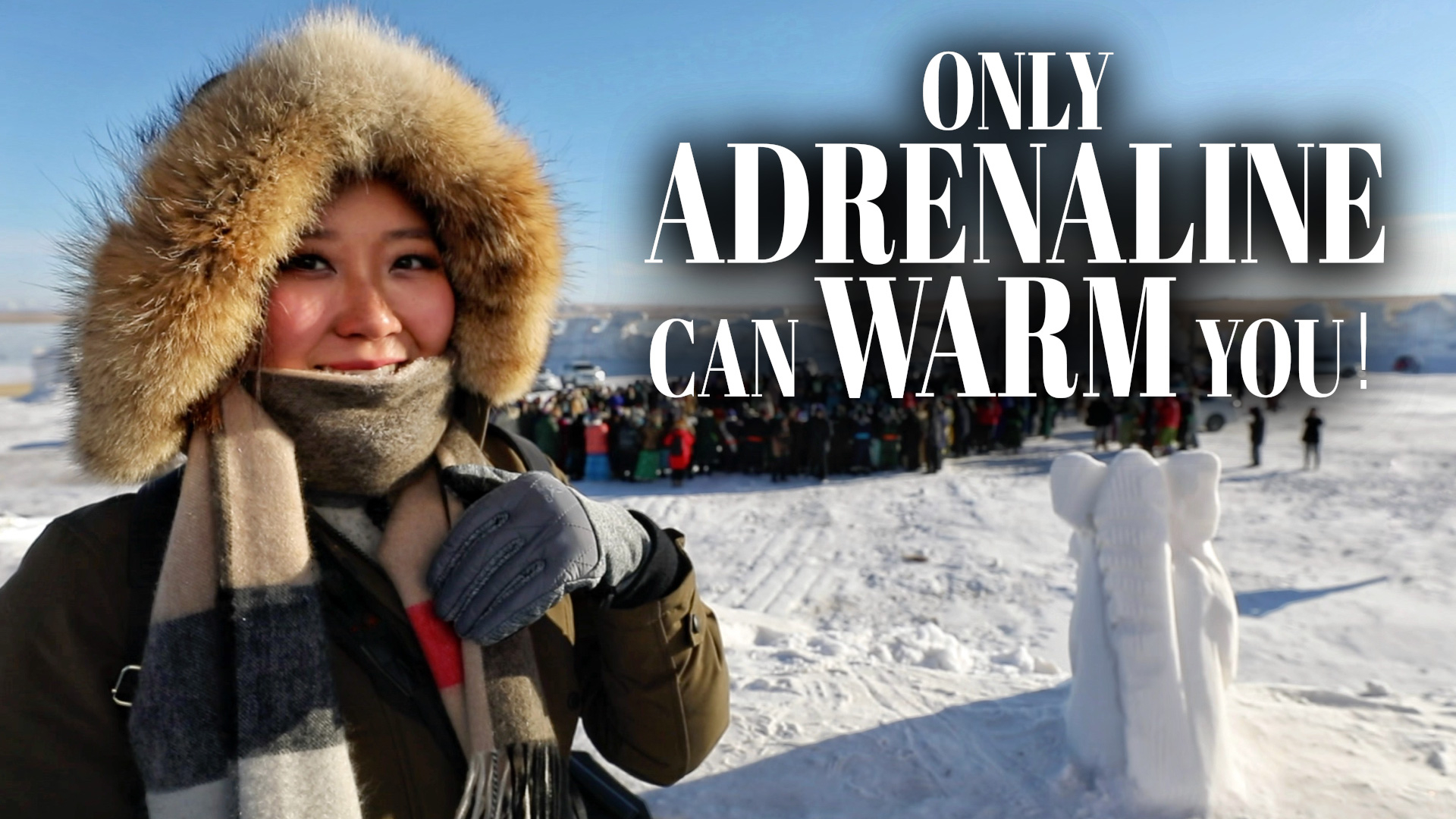 Deep in China's far north, winter stretches on endlessly, thick blankets of ice and snow bury Inner Mongolia's famously lush grasslands for months on end. Temperatures regularly reach -30 degrees Celsius during the day, and a mere few minutes outdoors induces wind-battered cheeks and runny noses. Feet start to hurt from the chill of the ground, and exposed fingers run the risk of getting frostbite. 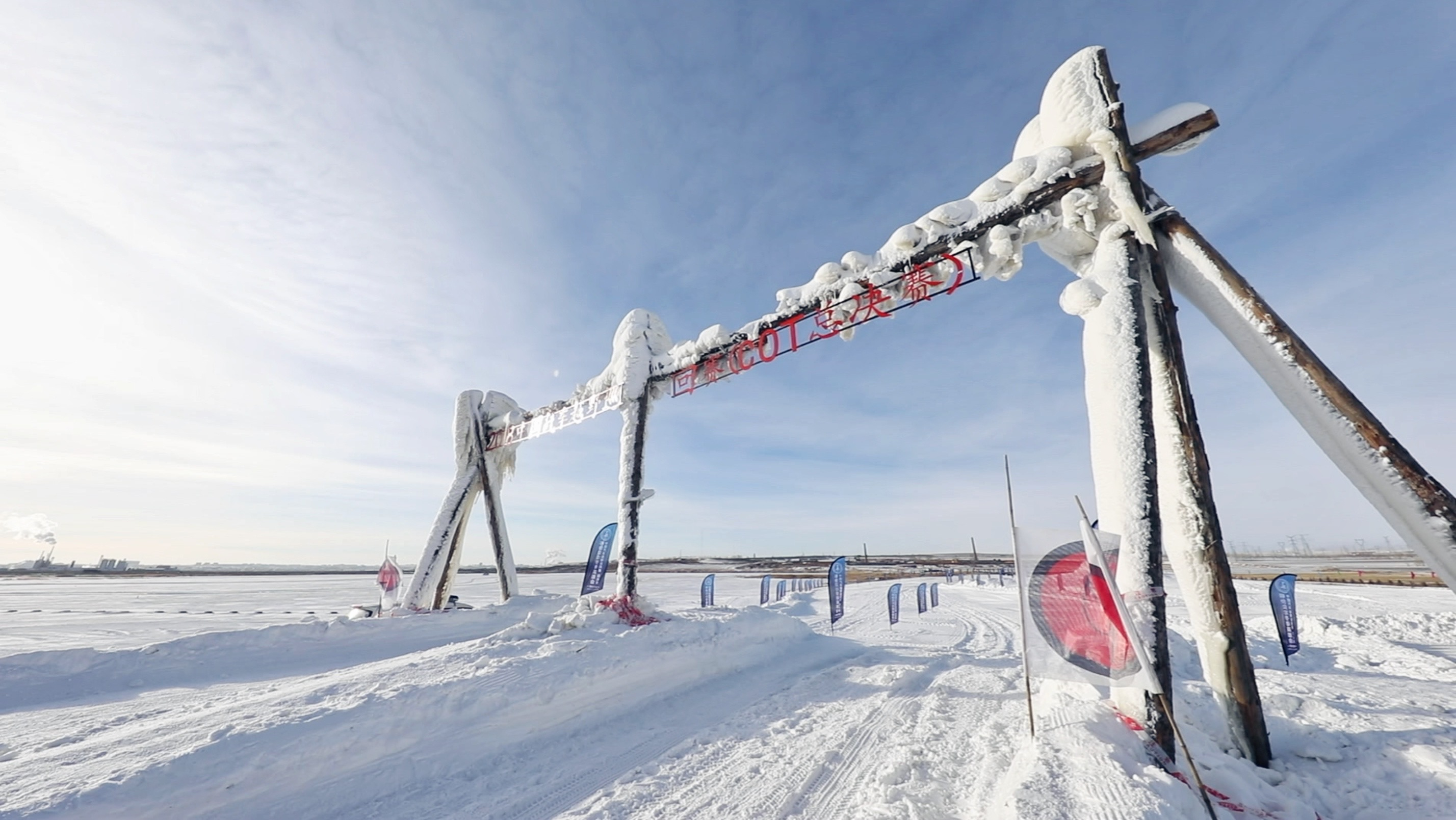 These endless stretches of white will be the competition grounds for several winter sports. /CGTN Photo

These endless stretches of white will be the competition grounds for several winter sports. /CGTN Photo

Ahead of our trip, the crew and I armed ourselves with what we thought would be adequate winter gear: down coats, wool scarves, thermal underwear. But day one in the brutally frigid Hulunbuir greatly humbled us. Not only was shooting in frosty temperatures a physical challenge, but the iciness also posed problems for our camera equipment, which kept powering off. 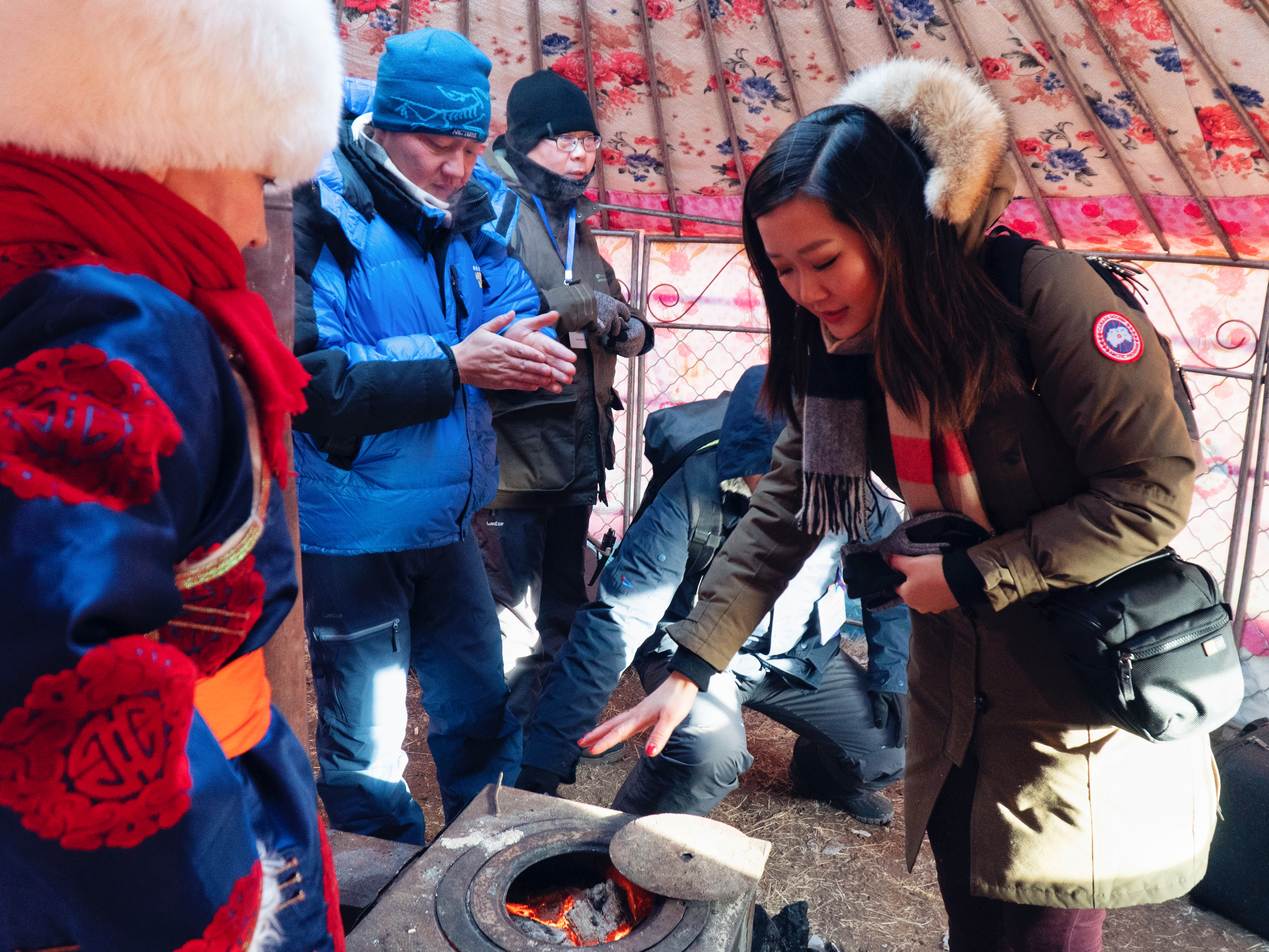 During shooting we kept coming back into the yurt in an attempt to warm up. /CGTN Photo

During shooting we kept coming back into the yurt in an attempt to warm up. /CGTN Photo

The next morning, we were more prepared: We tripled the layers and got warm packs that produce heat when activated and can be used between layers of clothing. We attached the warm packs to ourselves and the equipment, prolonging both our stamina and our gear's battery life. While lengthy time spent outdoors shooting was still trying, nothing bonds a crew like overcoming the elements together. And a romp through polar temperatures made it clear why outdoorsy activities abound in Hulunbuir during the long winter. When the weather is this harsh, the only thing that can keep you warm and help you forget the numbing cold is adrenaline and frolicking in the snow is a lot more fun than hibernation. 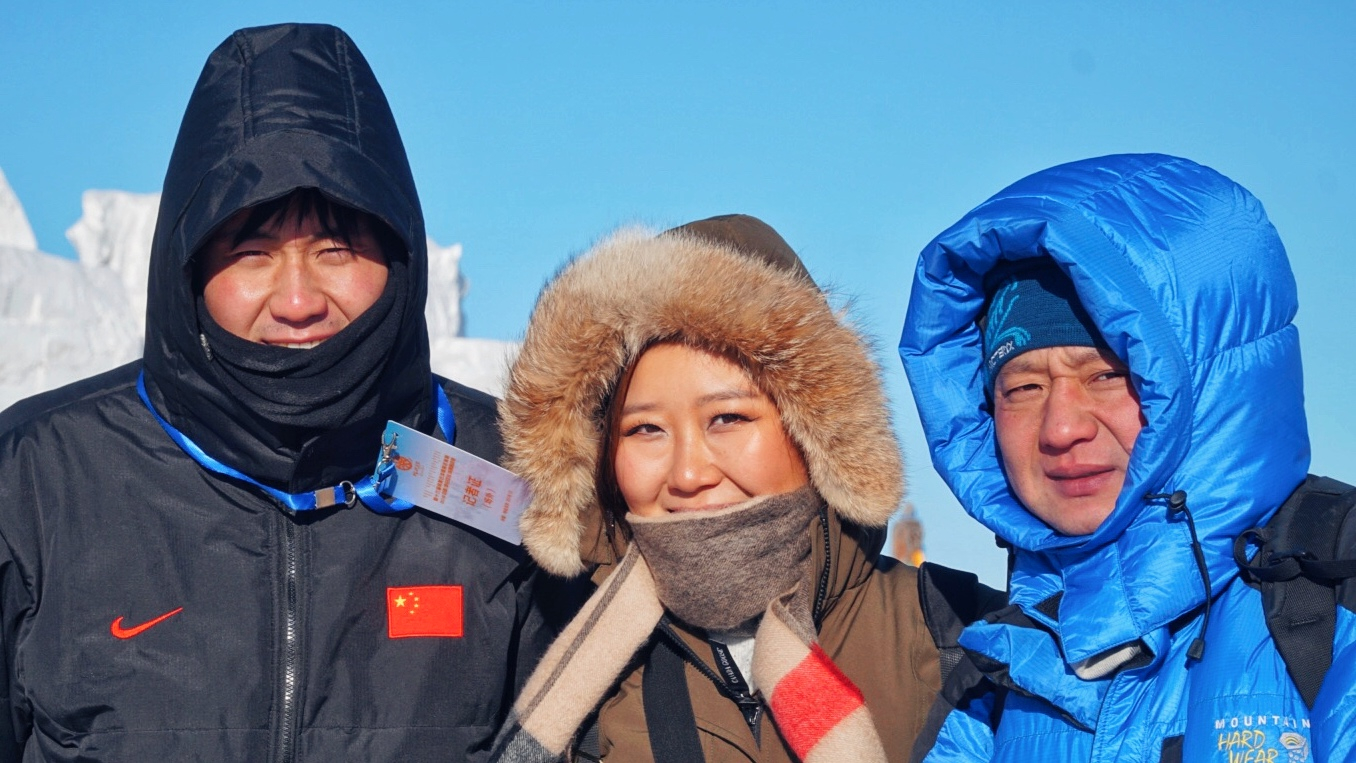 Freezing cold cheeks, but smiley faces nonetheless. Megan and the crew braved some harsh conditions for this shoot. /CGTN Photo

Freezing cold cheeks, but smiley faces nonetheless. Megan and the crew braved some harsh conditions for this shoot. /CGTN Photo

Race-car drivers, snow bikers, and skiers from all over the country convened at the Winter Heroes Festival to participate in the friendly competition, with athletes as young as 13 and seniors as old as 80 taking part in the same races. I was surprised to find that many of the competitors traveled from China's southern provinces, where snow is less common. They have minimal experience with maneuvering vehicles on icy terrain yet demonstrated impressive skill in the snow. I felt that most attendees valued the shared purpose and community feel far more than victory. One of the race-car drivers took me for a spin in his car; he promised he was driving far slower than he normally would in a race, but my whimpering told a different story as we zoomed through hairpin turns. Racing through the snow at such fast speeds with a professional driver at the wheel and a GoPro recording my expression of delighted terror was a pretty unforgettable highlight in our Hulunbuir filming trip. 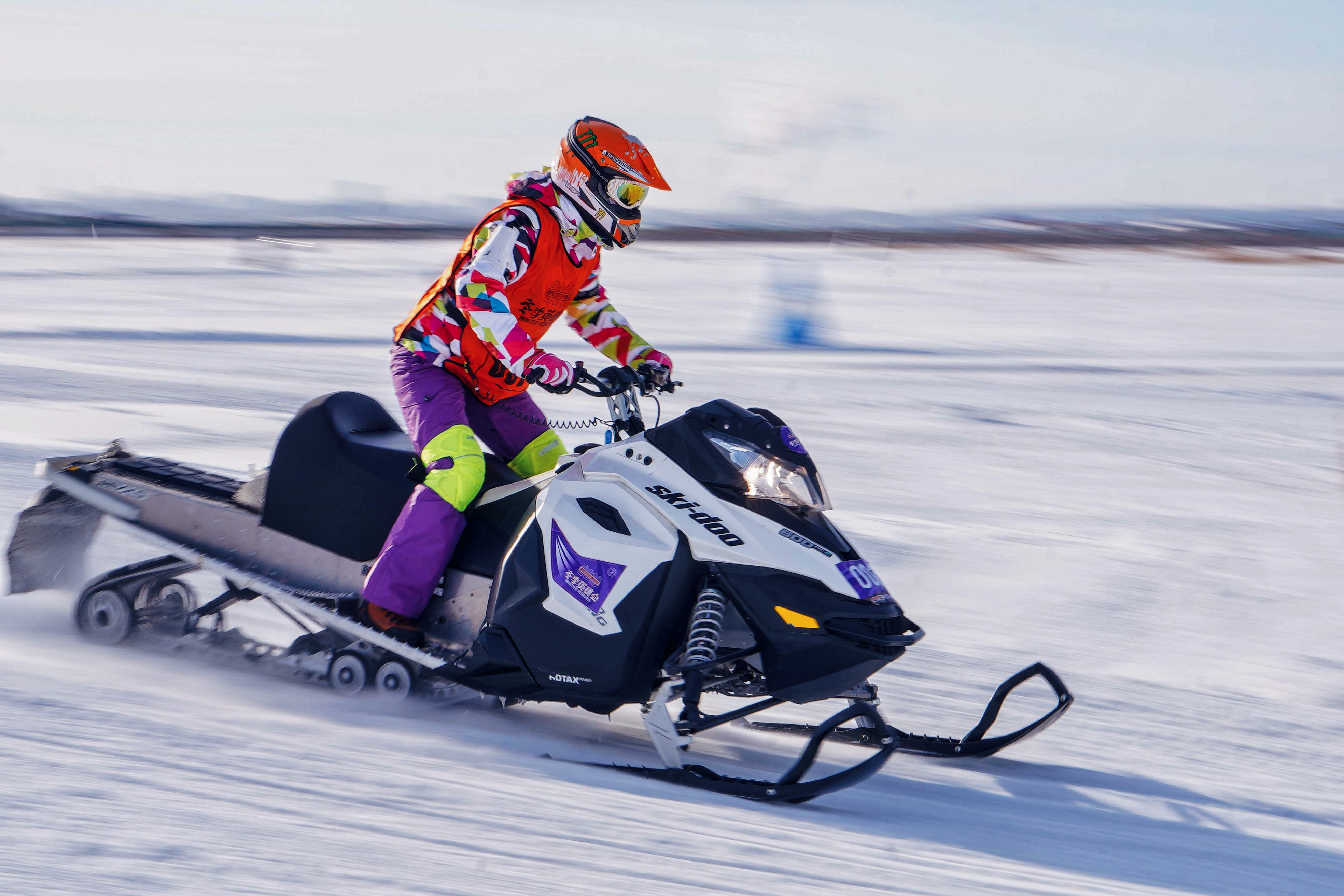 The time-honored Naadam Festival is a modern-day celebration of traditional Mongolian sports – wrestling, horse racing, and archery – which in the past were used to determine warriors' physical prowess. Although its origins are rather solemn, Naadam in the present is a lively gathering, featuring singing and dancing performances. Wrestling was particularly fun to watch because it's quite different from what I'm accustomed to seeing on television. There are no age or weight restrictions, so it's perfectly normal for a teen to wrestle a grown adult. There are also no time limitations, and the bout continues until one of the wrestlers is defeated, which in Mongolian wrestling occurs when a body part other than the feet touches the ground. 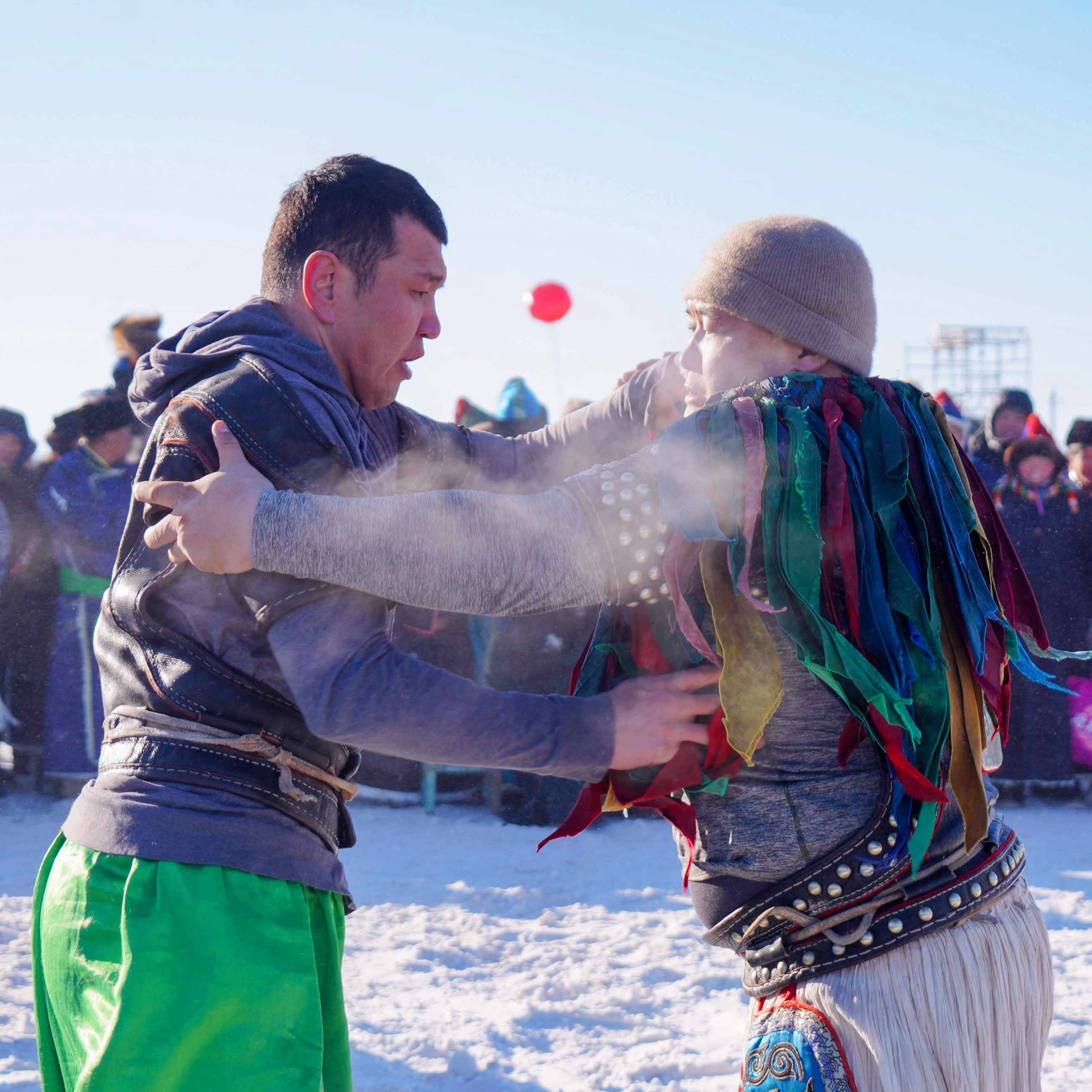 Mongolian wrestling is one of the most anticipated sports at the Naadam Festival. /CGTN Photo

Mongolian wrestling is one of the most anticipated sports at the Naadam Festival. /CGTN Photo

At wintry events like these, the cold weather brings people outdoors and together in a way only a collective challenge can. As freezing as it was, something about the atmosphere of Hulunbuir in the wintertime was undeniably warm. 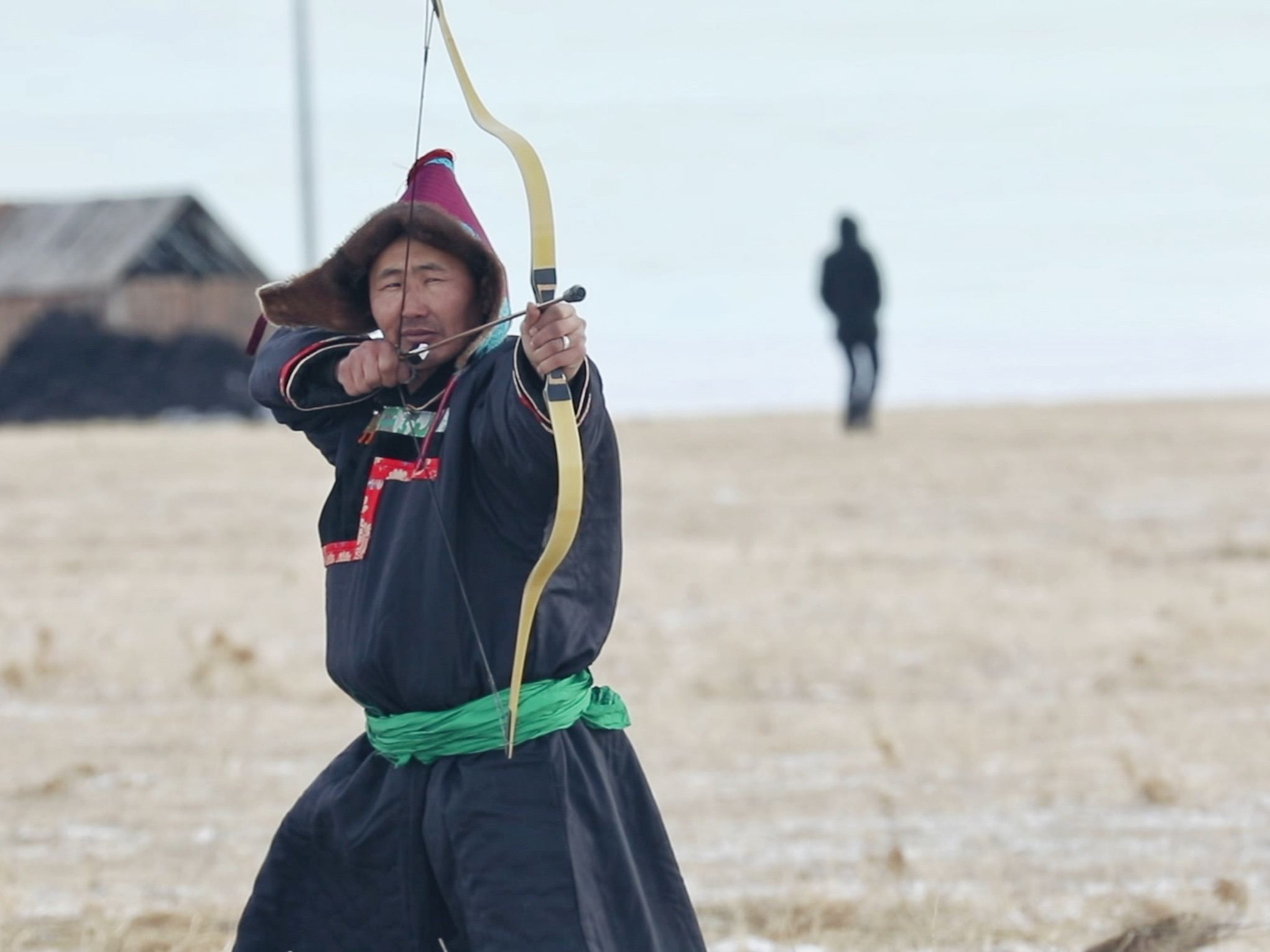 Our "target" was to make this a filming trip to remember. /CGTN Photo

Our "target" was to make this a filming trip to remember. /CGTN Photo