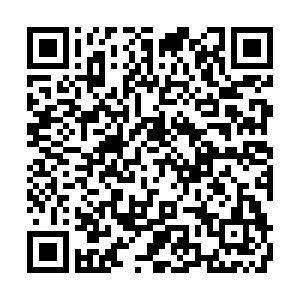 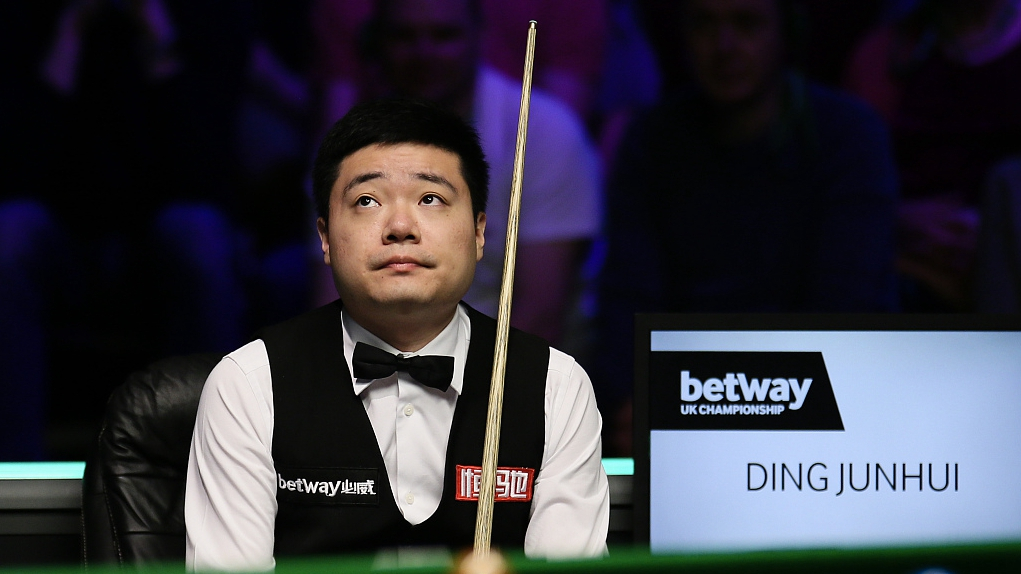 Ding is one victory away from his third UK Championships title as the China's top snooker player defeated compatriot Yan Bingtao 6-2 in the semifinal on Saturday.

Ding started the match well by winning the first three frames. The 19-year-old Yan, who ousted world No. 4 Neil Robertson and veteran John Higgins back-to-back, pulled two frames back to 2-4 but failed to hold off an in-form Ding in the following two frames.

"I played well in leading 3-0, there must be huge pressure for him," said Ding, reaching the final at the UK Championships for the third time after a decade.

Ding, 32, failed to win any ranking event title for more than two years, but has shown a recovery of form in York where he ousted defending champion Ronnie O'Sullivan 6-4 to grab a quarterfinal berth. 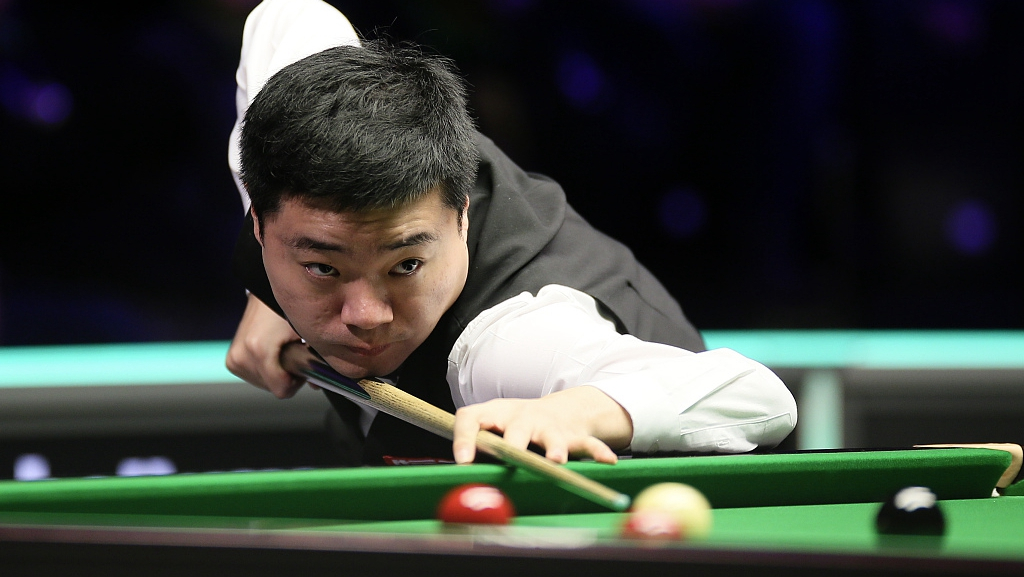 "I'm pleased that I can play in this form at this age," said Ding who welcomed his first child, a daughter last year.

Yan won his first ranking title at the Riga Masters earlier this season and is among the top 20 in the world rankings.

"He has built up his game. He's coming stronger and stronger. His safety is good. He just need to learn how to deal with pressure," commented Ding on his opponent.

Ding is going to play against Stephen Maguire who smashed Mark Allen 6-0 on Saturday evening.