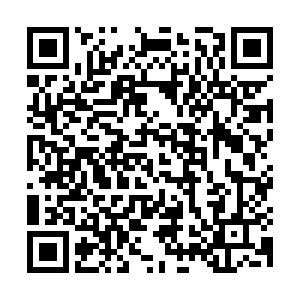 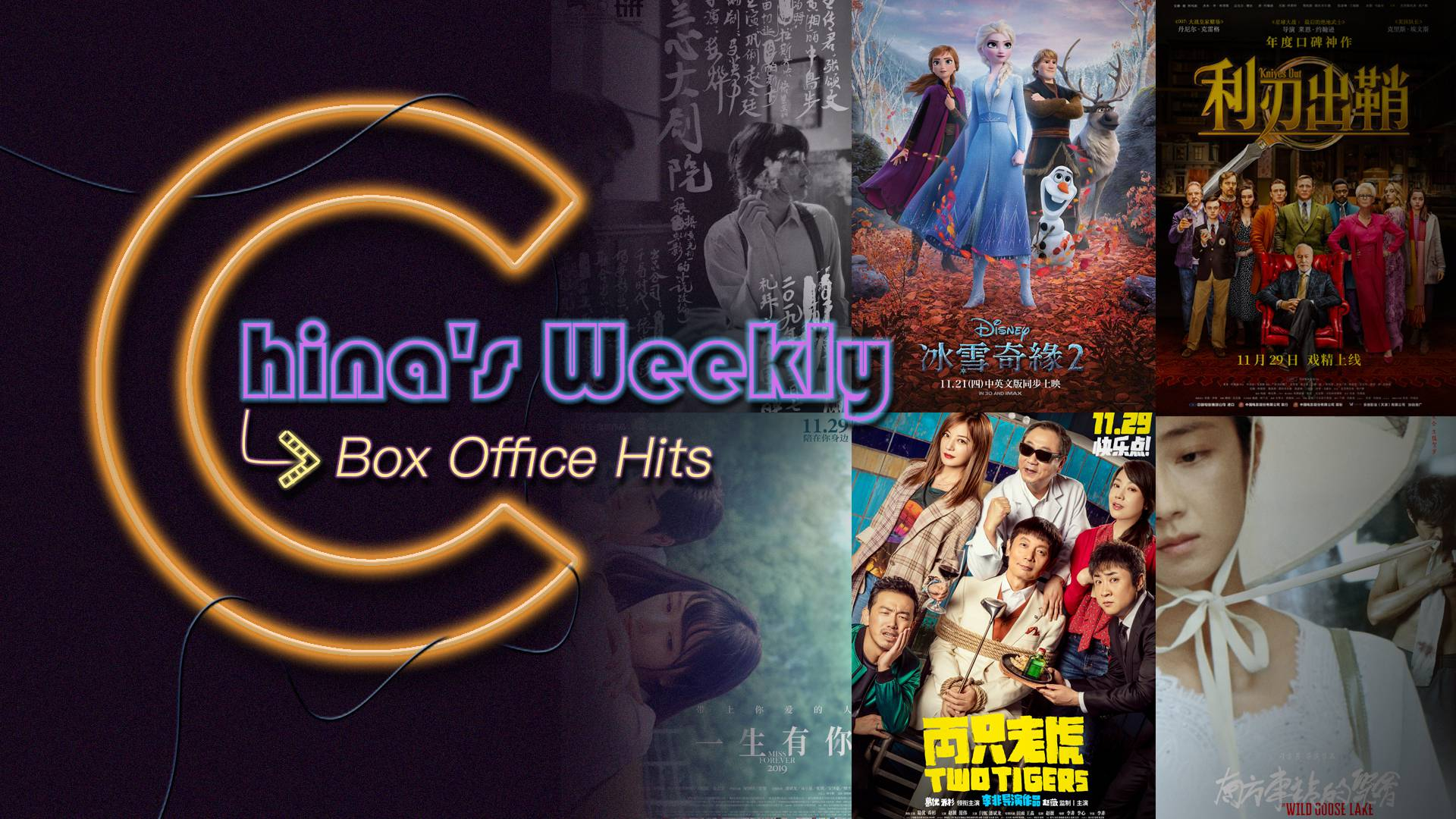 As the last month of 2019 starts, a number of new films are set to hit big screens, warming the Chinese market up for the upcoming New Year and Spring Festival holidays.

Among the new runners joining the arena, Chinese comedy film "Two Tigers" and U.S. thriller "Knives Out" stood out for their first weekend box office performance. 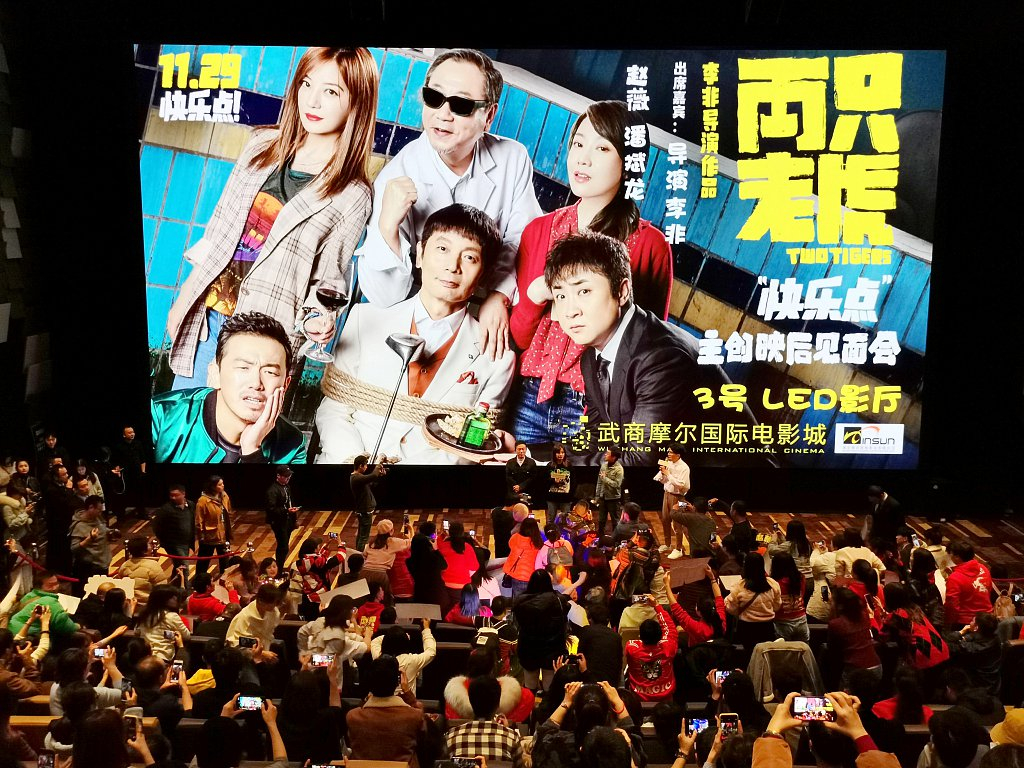 Starring Ge You and Zhao Wei, both A-listers in the Chinese film industry, "Two Tigers" explores the theme of saving yourself and others, said Director Li Fei.

The story looks stereotypical. A millionaire was kidnapped by a poor fellow, and instead of trying to run away, he promised the kidnapper double the ransom money if he helps him realize three wishes. During the process, they save each other.

To the surprise of many, the comic film has a serious message.

"Let it go is great wisdom in life," a moviegoer wrote on Douban.com, China's movie reviewing and ranking platform. "It is about finding a way out of your life dilemma, and make a reconciliation with yourself." The film was rated 6.3 out of 10 points on Douban.com. 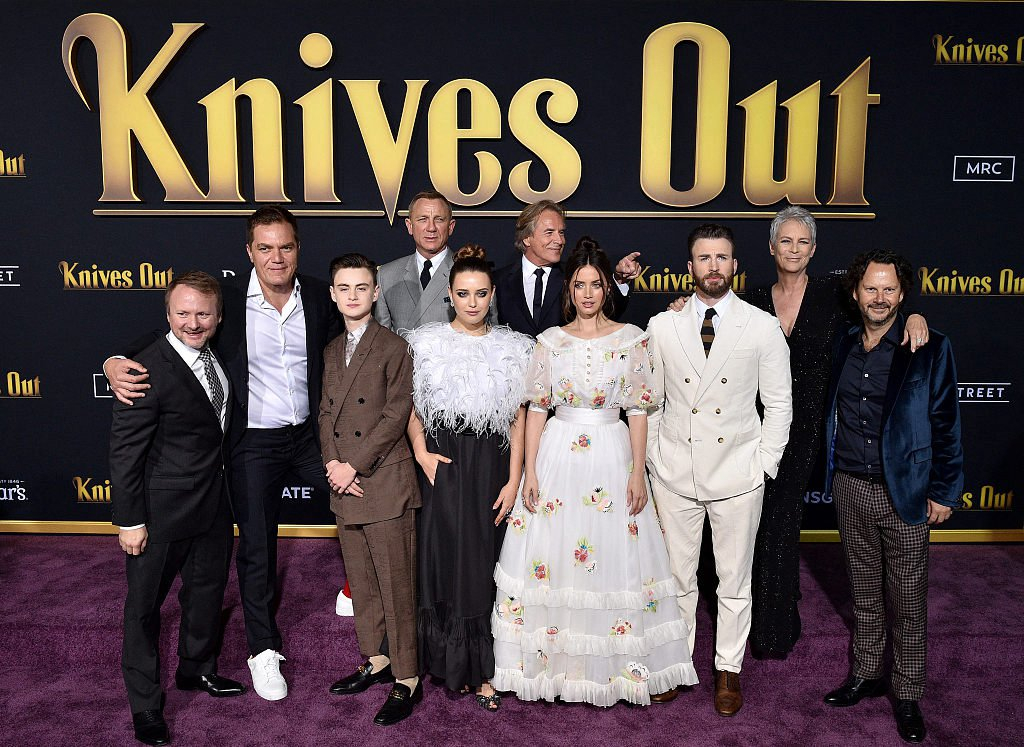 Director Li loves exploring black humor, and is renowned for his previous works in "Hidden Man" by Jiang Wen, and "Red Amnesia" by Wang Xiaoshuai. Since becoming a director with "Fate Express" in 2015, he has been trying to continue exploring humor in life.

"Knives Out," though behind a little at the box office, wins in reviews, geeing an 8.3 out of 10 on Douban.com, with most moviegoers giving it a full five-star evaluation. Many even hailed it as their top five of this year's film list, is still a deliciously entertaining film back in North America.

The film is a homage to the Agatha Christie whodunnits.

The fourth on this week's box office charts is also a new film "Miss Forever." It's named after an old pop song, and received harsh criticisms. It was rated a mere 3.8 out of 10 points, with a box office earning of 35.7 million yuan (5.07 million U.S. dollars). 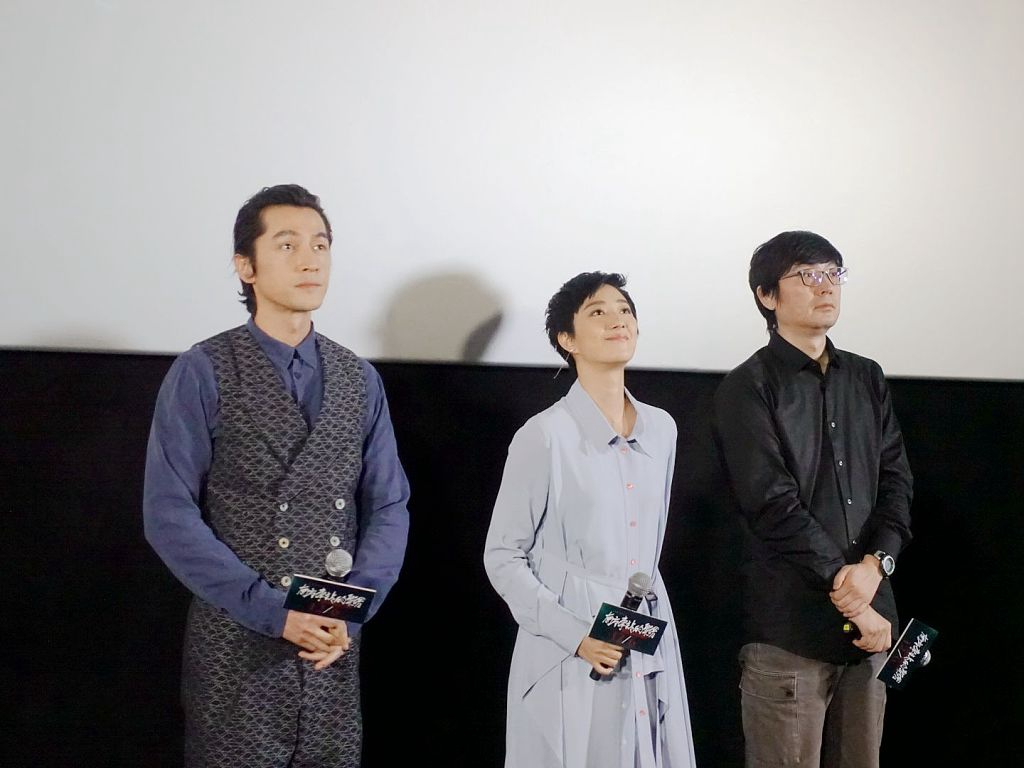 Next week, a number of long-awaited films, such as "The Wild Goose Lake" and "Saturday Fiction" are expected to premier.

"The Wild Goose Lake" competed for this year's Palme d'Or in Cannes, and "Saturday Fiction" starring Gong Li among the cast, has competed for the Golden Lion at the 76th Venice International Film Festival.