Green Travel: How to travel in a sustainable manner
Cui Xingyu 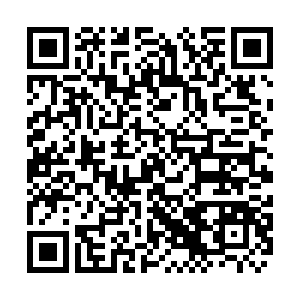 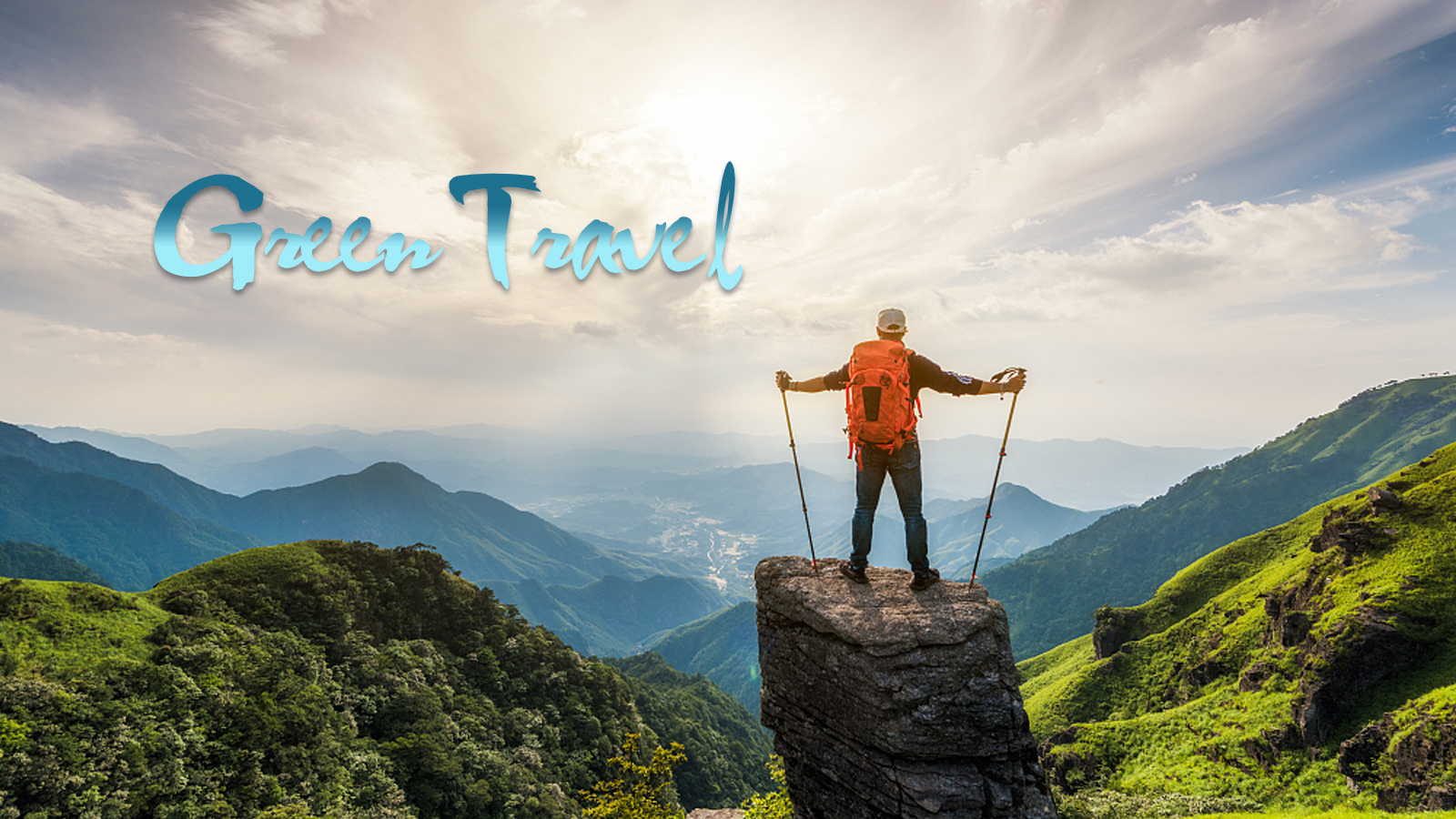 Tourism has witnessed continuous expansion over the years thanks to enhanced visa facilitation, an increasing number of airlines and low-cost flights, the popularity of home-sharing platforms that are cheaper than hotels as well as the widespread application of digital technologies.

Nowadays more people can afford and opt for trips overseas. According to the World Tourism Organization (UNWTO), the number of international tourist arrivals worldwide reached 1.4 billion last year, showing a year-on-year growth of 5.4 percent. China was the fourth most popular tourist destination in the world in 2018, behind France, Spain and the United States. 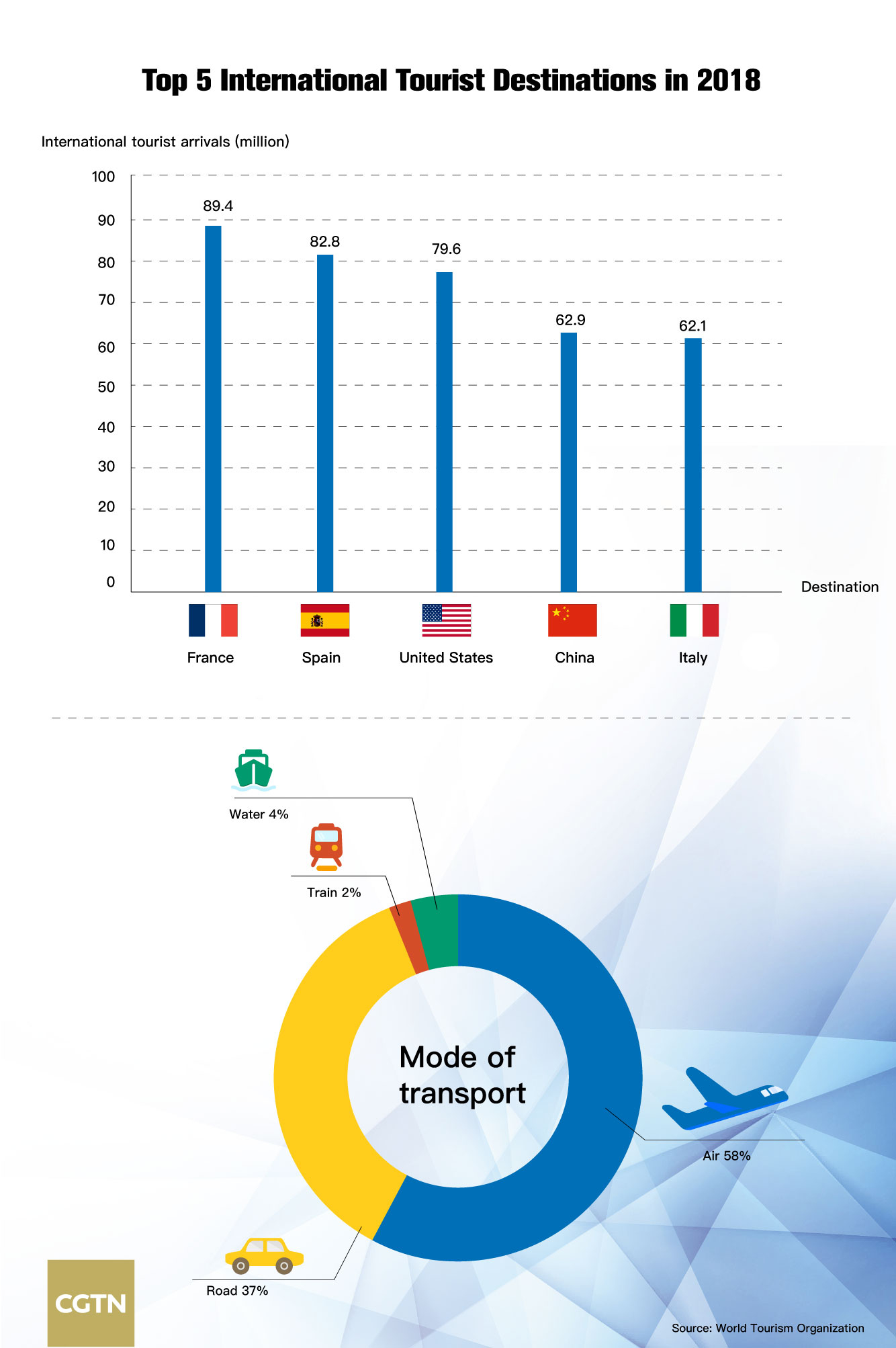 Apart from being one of the most sought-after destinations, China has also become the largest source of tourists in the world. The total number of overseas trips made by the Chinese reached 150 million in 2018, according to the Ministry of Culture and Tourism.

In regard to domestic tourism, people's wanderlust gets stronger during public holidays. Last year, 5.5 billion trips were made nationwide with major holidays, such as Spring Festival and the National Day holiday, seeing a massive surge in tourist numbers. 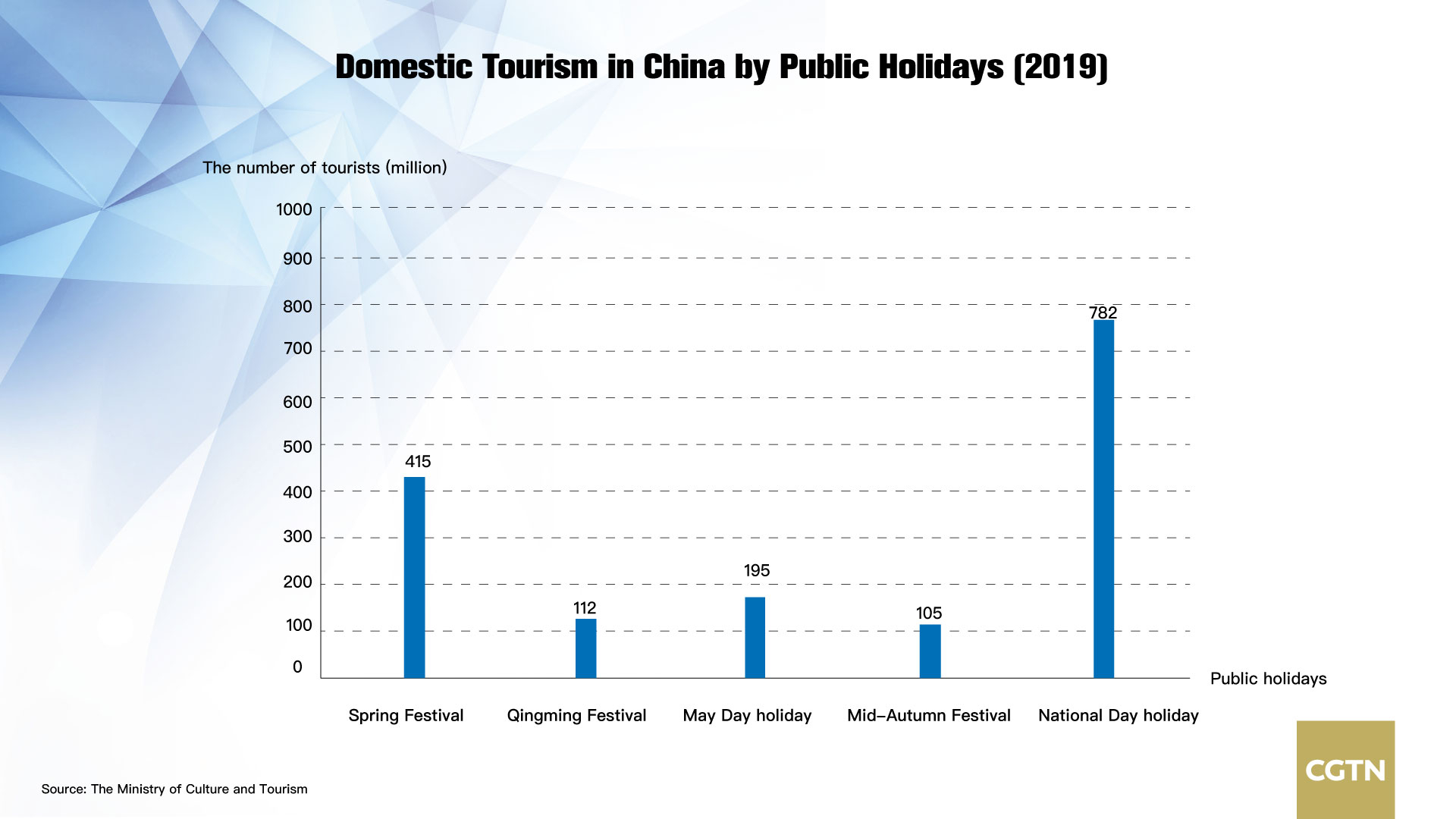 The number of domestic trips made during public holidays in 2019. /CGTN Graphic

The number of domestic trips made during public holidays in 2019. /CGTN Graphic

However, the obvious economic growth is not the only outcome of tourism development. The swelling number of tourists and the numerous trips made have put enormous pressure on the local environment, people's lives and wildlife.

Barcelona, for instance, with a population of 1.62 million, saw its record-breaking number of visitors climb from 27 million in 2012 to over 34 million in 2016, which is 20 times of the local population. Overtourism ultimately led to overcrowded public places and increased the cost of rental housing for local residents. In early 2017, over 150,000 people joined an anti-tourism protest with banners saying "Tourists go home." 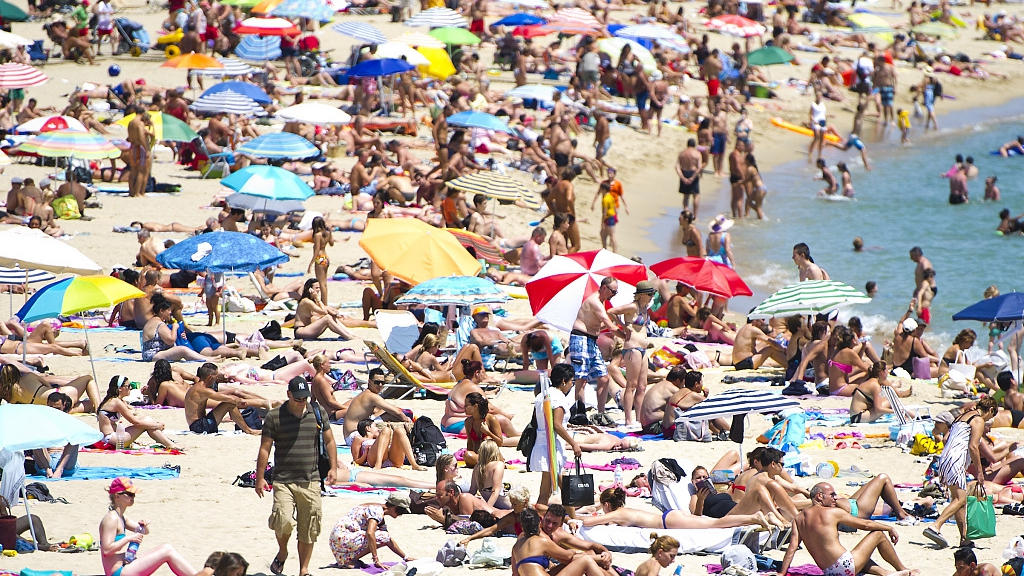 The same year was designated as the "International Year of Sustainable Tourism for Development" by the United Nations to raise the global awareness of sustainable tourism development.

For us travelers, admittedly, it's much easier to ignore the hidden cost of every journey made. However, each individual shares the responsibility to reduce our carbon footprint wherever we go and be a responsible traveler. Here are few tips to incorporate sustainability into your future trips: 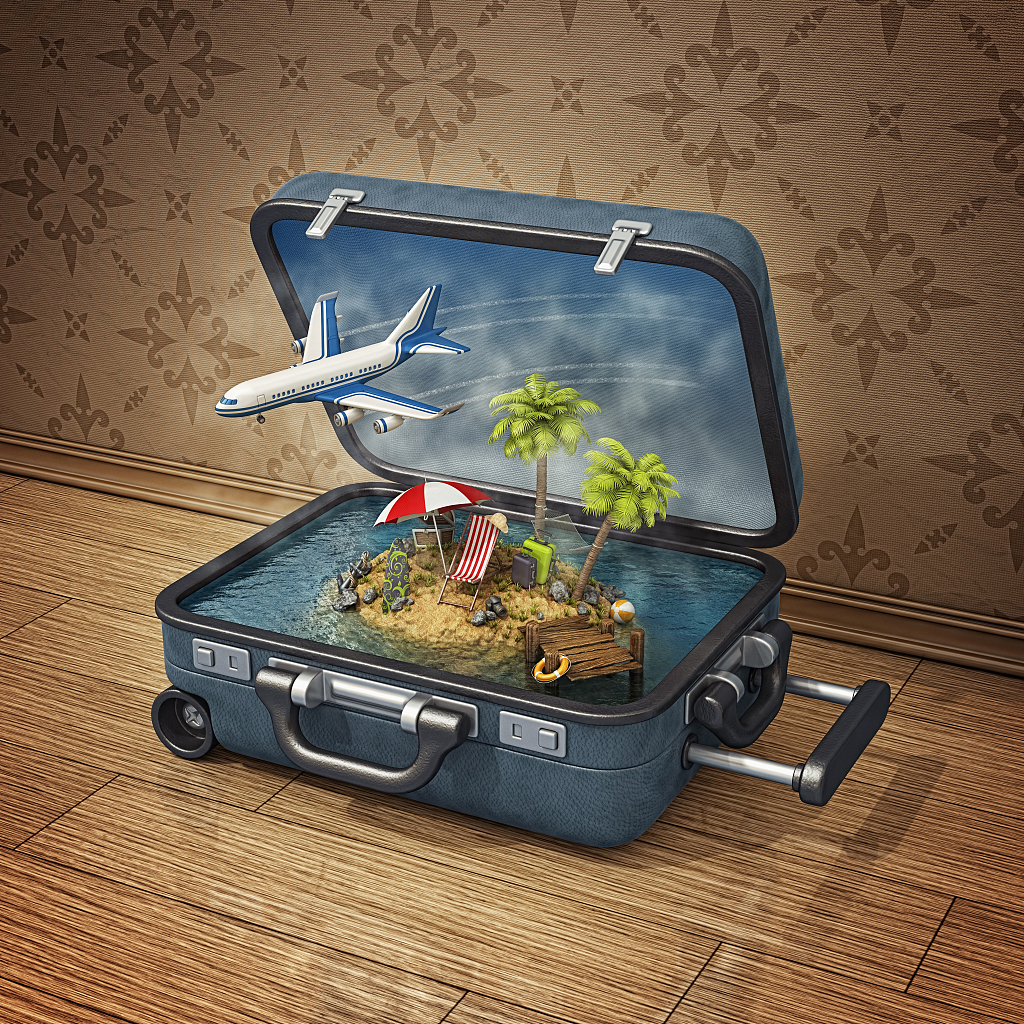 1. Avoid overcrowded destinations and peak times. Those hotspots that become social media sensations are more likely to draw tourists. However, instead of competing with massive crowds for a common sight, by going somewhere lesser known, you can have more fun in a less touristy spot and also have a positive impact on the local economy.

2. Less air travel. Air travel is many people's first choice due to its convenience and speed. However, aircraft emit a staggering amount of greenhouse gases. The next time you travel around China, try the high-speed trains. They're more energy efficient, eco-friendly and, in many cases, cheaper.

For long-haul destinations, you can reduce the impact of your air travel by choosing direct flights, because taking off and climbing to cruising altitude are the most fuel-intensive phases.

3. Pack light. The heavier an aircraft, the more fuel it consumes. By packing light, the weight reduction means fewer carbon dioxide emissions from the aircraft.

4. Reduce plastic use. Reusable water bottles and bags for shopping are good alternatives for single-use ones.

5. Say no to wildlife products. Purchasing souvenirs made from rare or endangered animal parts will inadvertently help to support a growing marketplace. When the buying stops, the killing can too.