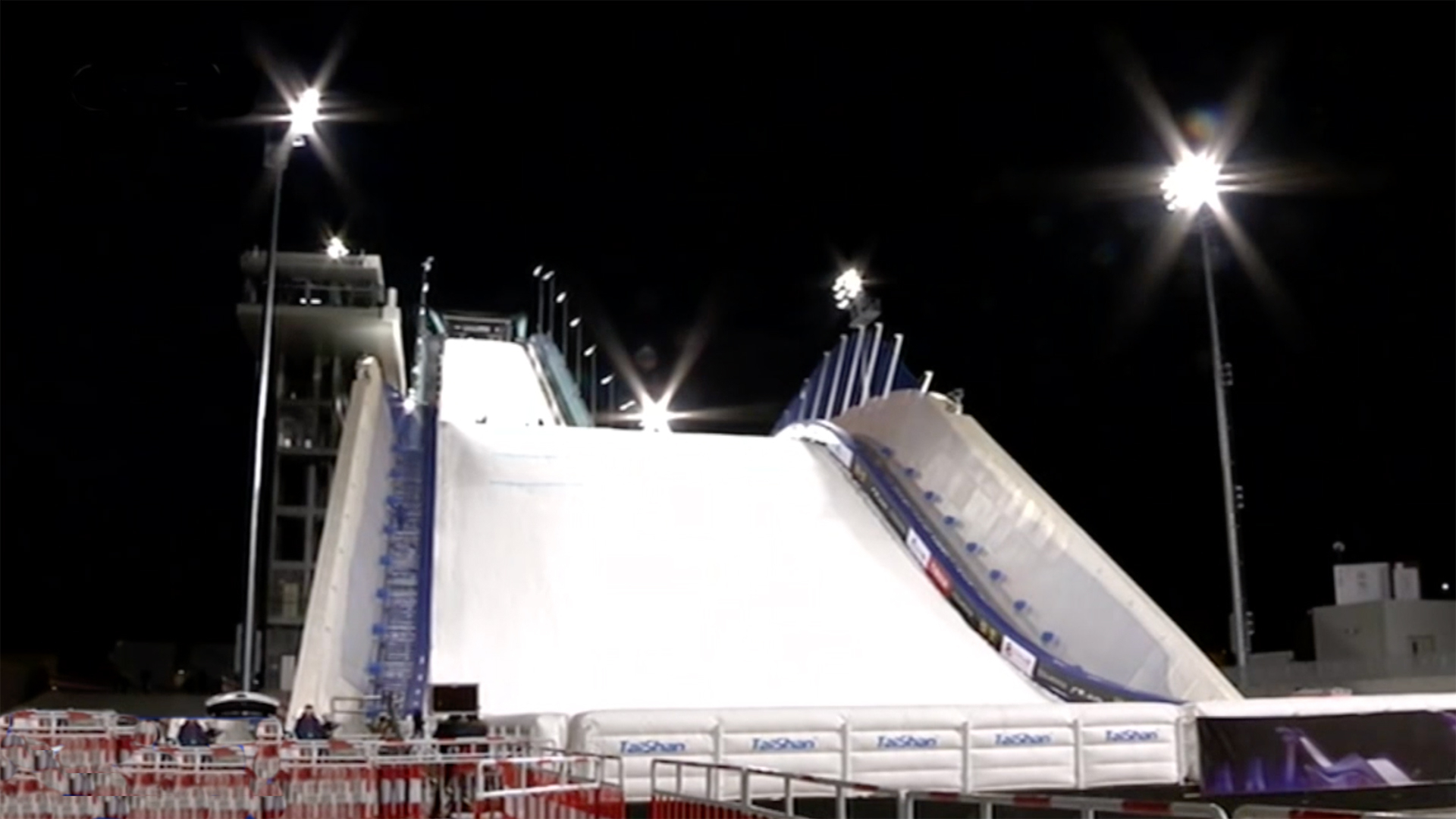 One of the newly-built venues for the 2022 Beijing Winter Olympics is all set for its official debut on Thursday. The Shougang Ski Jumping Platform on the western side of the Chinese capital will host the next stop of the FIS Freestyle Ski and Snowboard World Cup, which is getting underway.

The ramp's illumination against the night sky has it being likened to a high-heeled "Crystal Shoe." The brand-new facility is 164 meters long, 34 meters wide at its broadest point, and 60 meters high at its tallest. The stands can accommodate more than 6,000 spectators, and the organizers hope most of those seats will be filled for its first competition, from Thursday to Saturday.

This week's World Cup is expected to help officials determine what further modifications need to be made ahead of the 2022 Winter Olympics in Beijing, but some of the athletes in the capital for the inaugural event, say they are already impressed by everything they have seen so far.

"I have seen photos of venue, and I have high expectations for this event, because we will be performing in such a good facility. I am really excited about competing there, and I now feel a little bit nervous," said Chinese snowboarder Su Yiming.