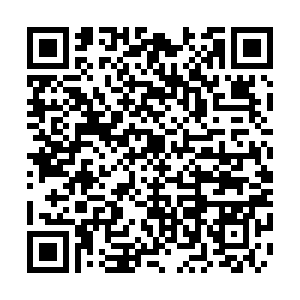 Algerians head to the polls on Thursday in a controversial election to choose a new president. While ongoing civil unrest directed at old guard politicians has dominated the headlines, the North African country's economy also threatens its future leader with a Pandora's Box of challenges. CGTN breaks down Algeria's economic headaches with the help of three experts.

Algeria's struggle to balance its books

Algeria "is on course for a full-blown economic crisis in less than two years," Anthony Skinner, Middle East and North Africa director at consultancy Verisk Maplecroft, wrote in a report earlier this year. "The pace at which Algeria is burning through its foreign exchange reserves is not sustainable."

This is thanks to the country's swollen budget deficit, which became a major problem for the government after oil prices plunged in 2014. Algeria's troubled economy has caused thousands of businesses to close.

The North African country's current account deficit stands at 10.3 percent of gross domestic product (GDP), James Swanston, Middle East and North Africa economist at research firm Capital Economics, told CGTN. In order to finance this, the government has had to rely on its foreign reserves. "Having had reserves of around 200 billion U.S. dollars as recently as 2014, they now stand at just 65.5 billion and cover less than six months of imports," Swanston said. "The worry is that if reserves continue to be depleted, the authorities will soon find themselves in a position where they can no longer support the dinar and be forced to devalue the currency." 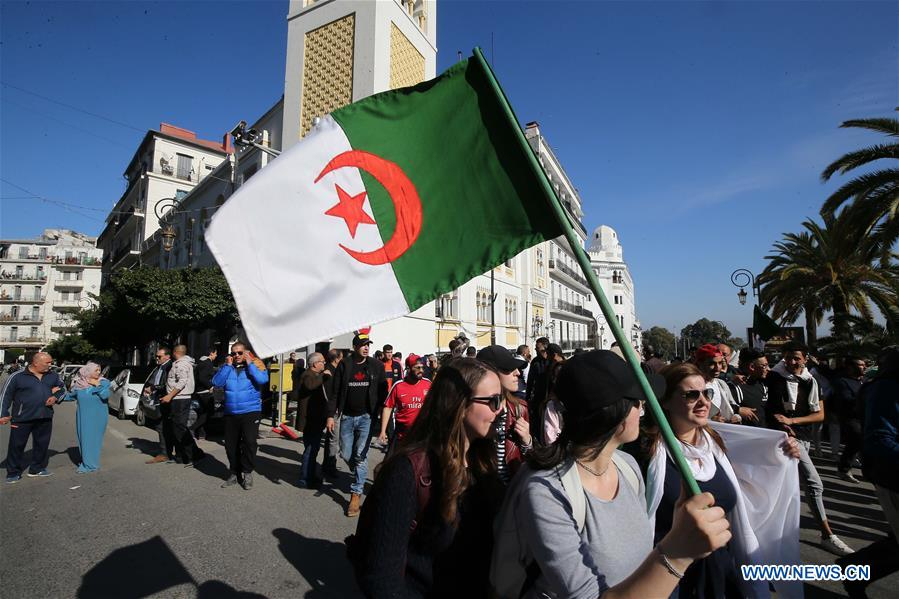 The Algerian authorities are in a Catch 22, as managing the deficit issue will be a struggle given the anti-government protests ongoing since February of this year. Harsh spending cuts are off the table and "senior officials who continue to resist protester calls for their resignation are understandably loath to push ahead with much-needed austerity until presidential elections have taken place and a new cabinet is appointed," Skinner explained.

The country has lost more than half a million jobs since unrest began, Sami Akli, head of the Employers Forum, the largest economic institution in Algeria, said last month. 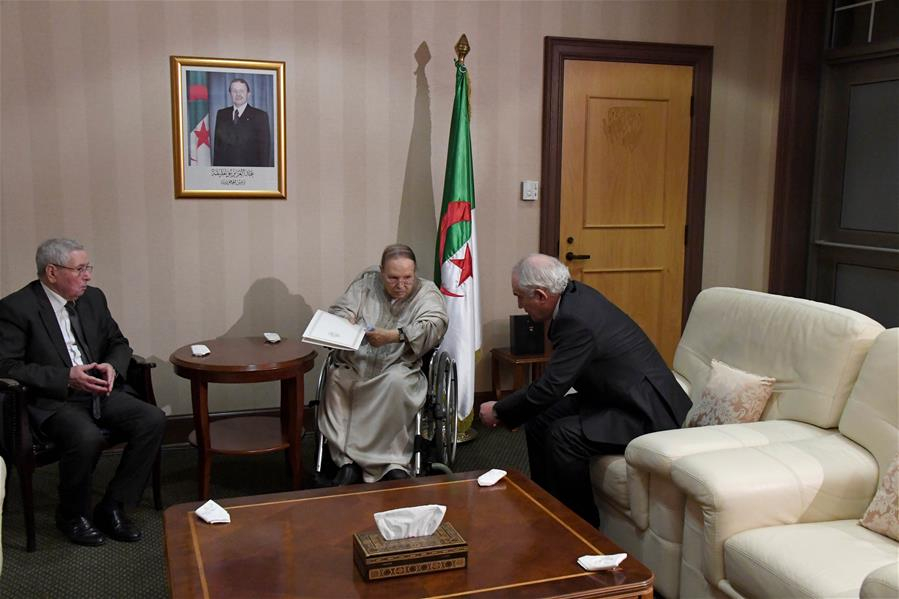 GDP growth was 1.4 percent in 2018, though in the second quarter of this year this fell to 0.3 percent, according to data aggregator Trading Economics. "With protests ongoing, Q3 and Q4 are likely to be weak too," said Swanston of Capital Economics.

An unhealthy addiction to oil

The OPEC member's dependency on oil revenue compounded the bad news from a November report from the Customs Department which showed that Algeria's oil and gas exports had declined in value during the first nine months of 2019 by 12.52 percent, standing at 25.28 billion dollars in comparison to 28.89 billion dollars a year previously.

The government has drafted a new energy law which includes a tax cut intended to attract more foreign investors, though restrictions on non-domestic ownership in the oil and gas sector remain.

"Many international oil companies are likely to remain deterred by an insecure operating environment, a still-high tax burden placed on oil and gas production, and the generally unattractive business environment," Thaker said. 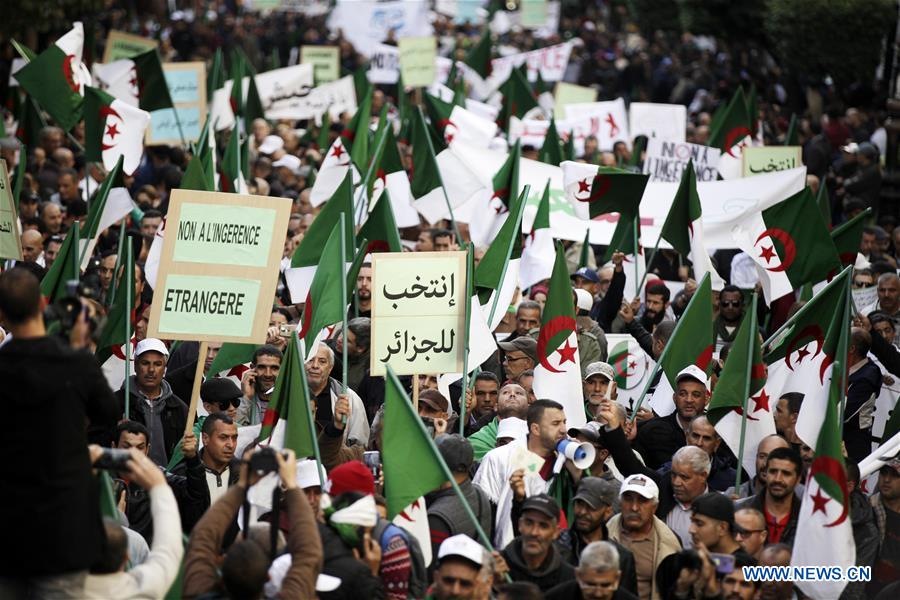 Protesters march in support of the Algerian presidential election and opposition to external interference in the country's domestic affairs, Algiers, Algeria, November 30, 2019. /Xinhua

Protesters march in support of the Algerian presidential election and opposition to external interference in the country's domestic affairs, Algiers, Algeria, November 30, 2019. /Xinhua

In the most recent World Bank Ease of Doing Business survey, Algeria ranked 157th out of 190.

At the same time, the Algerian government is yet to fully exploit its non-oil sector. Skinner at Verisk Maplecroft points out the tourism industry as a missed opportunity. "The reasons for this range from the authorities' inherent distrust of foreign influence to the oil curse. The latter has prevented sectors that would support tourism (such as hospitality and banking) from fully developing," he wrote.

While a crisis could be avoided, "given the extent of anti-regime protests and likelihood of a regime-affiliated president being voted in this week's election, it is a real possibility that protests intensify," Swanston warned. Tighter fiscal policy is needed to resuscitate the Algerian economy, he added.

Economic nationalism and a lack of clarity over Algeria's political transition will impede attempts to improve Algeria's business environment, Thaker of the Economist Intelligence Unit said. "Given that there remains a risk that a new president may seek to reverse these changes, policy will remain inconsistent and overly centered on the business interests of the elite."