In The Spotlight: Sanna Marin, Finland's future is young and female
Vanessa Gu 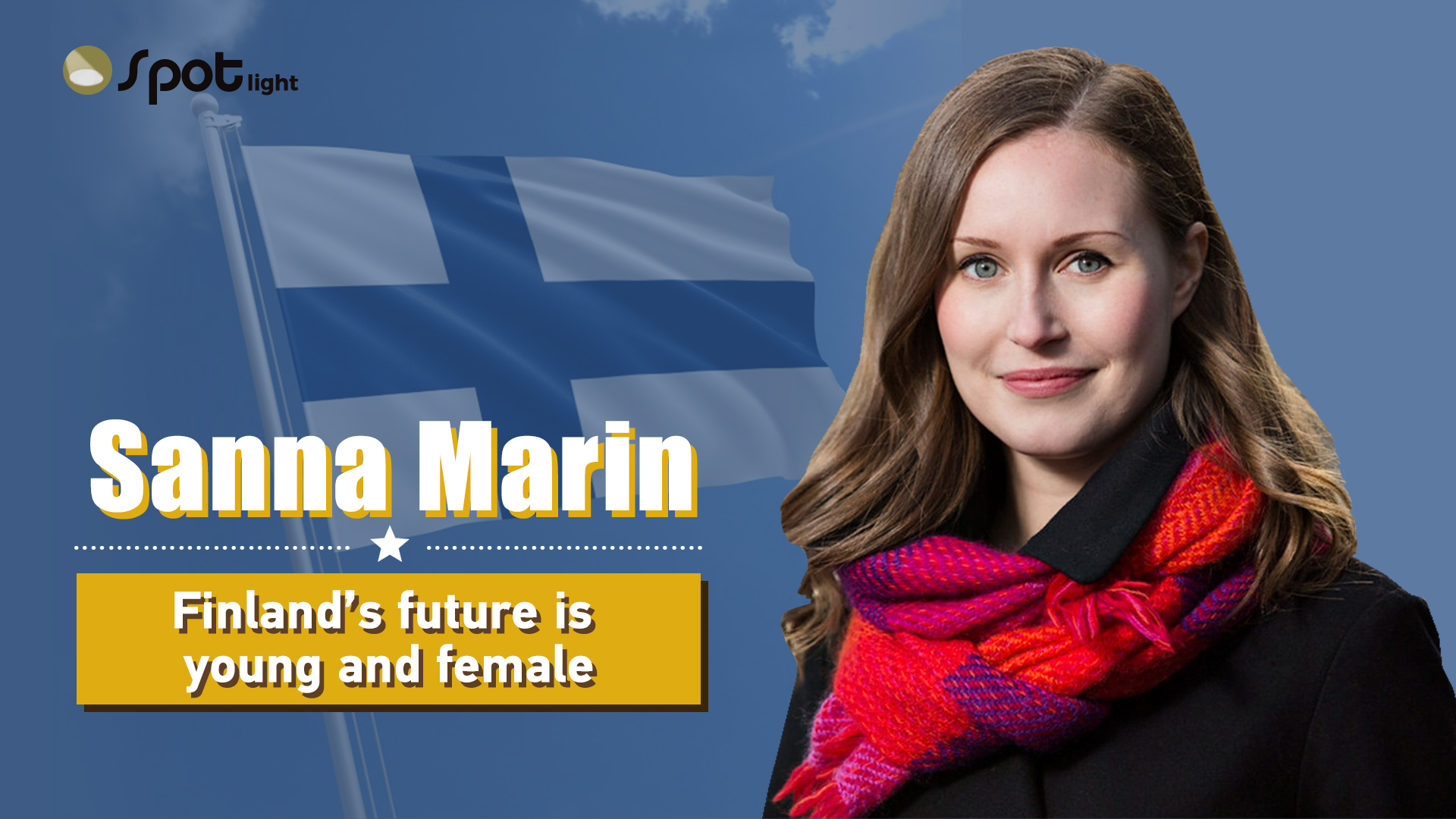 Sanna Marin was sworn in as Finland's prime minister on Tuesday (December 10), making her the youngest national leader in the world. She also takes the helm of a coalition of five parties led by women, with all but one aged under 35, ushering in a new era of female and young leadership in the Nordic Nation.

"I have never thought about my age or gender, I think of the reasons I got into politics and those things for which we have won the trust of the electorate," said the former transport minister in an interview before her swearing in.

Her appointment has been widely welcomed both at home and abroad. But the 34-year-old takes over from her predecessor Antti Rinne, who quit after losing the trust of one of his coalition parties over his handling of a postal strike, inheriting a fractured coalition government. 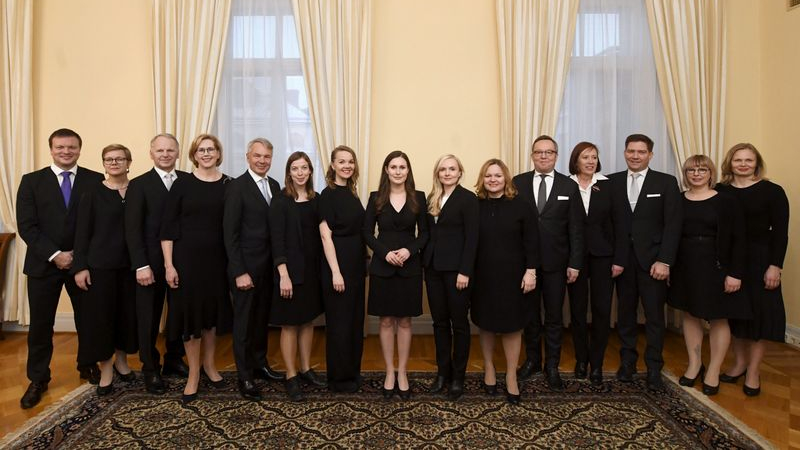 Marin will head a coalition government in which four of the five parties are led by women and 12 of the 19 members of the new cabinet are women. /Reuters Photo

Marin will head a coalition government in which four of the five parties are led by women and 12 of the 19 members of the new cabinet are women. /Reuters Photo

"It is nice for pictures and publicity to have young females at top jobs, but then again this is one of the least experienced governments Finland has ever had and it comes in a challenging time. Time will show if these young leaders are up to the job," said Alexis Kouros, editor-in-chief of Helsinki Times told CGTN Digital.

Marin is no stranger to Finland's political scene. She became the head of city council in Tampere – Finland's third largest city – in 2012 and was elected Member of Parliament for the Social Democratic Party (SDP) in 2015.

She became Finland's third female prime minister after her nomination was passed in parliament by 99 votes to 70.

The newly-anointed leader has said her childhood has had a strong influence on her political priorities. Marin was brought up in a "rainbow family" where she was raised by two women under what she called modest circumstances. 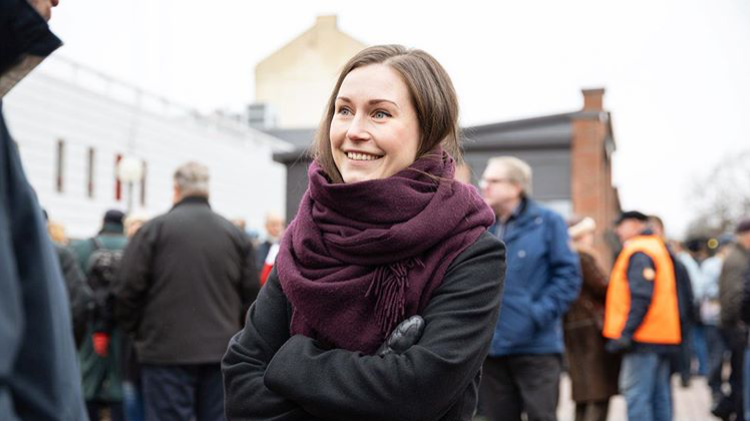 The 34-year-old says she represents young people and is also a frequent social media user. /Instagram

The 34-year-old says she represents young people and is also a frequent social media user. /Instagram

"I come from a poor family and would not have been able to succeed and move forward were it not for the strong welfare state and the Finnish education system," she told Helsingin Sanomat.

Known as an advocate for social welfare, equality and combating climate change, she tweeted on Tuesday: "I want to build a society where every child can become anything and every person can live and grow in dignity."

But the untested prime minister faces the uphill task of uniting a fractured government and will have a tough job regaining trust after a tumultuous first six months for the Social Democratic Party. 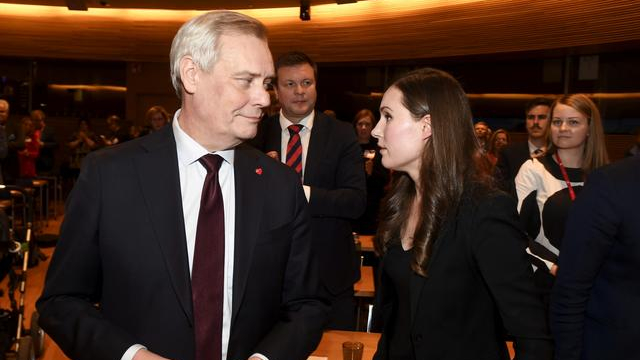 General elections in April saw the SDP take the premiership for the first time in 16 years, after narrowly edging out the Finns Party on the promise of ending years of economic belt-tightening measures. The coalition government has also made climate change one of its top priorities, with the goal of making Finland carbon neutral by 2035.

Polls, however, indicate that if an election were held today, the SDP will not take the lead. In the latest opinion poll by YLE, support for the Finns Party rose to a high of 24 percent, while that of the SDP slipped to number four at 13 percent.

Her most immediate test is the retrieval of Finnish women and children from Syria's al-Hawl refugee camp, which Theodora Järvi, doctoral candidate in political science at the University of Helsinki, said "will be of importance in showing how the new government can work together and make decisions."

Meanwhile, Marin is sticking to her guns on the direction of the coalition government, and has pledged to rebuild trust in her party, even as the fallout from Rinne's resignation still hangs in the air.

"We have promised the Finnish people change and now we must deliver on that promise. In June we agreed a government program together and I believe it is through actions that we will best restore people's trust," Marin said after the parliamentary vote.

On top of that, the transition comes at an awkward time where Finland holds the rotating presidency of the European Union until the end of the year, playing a central role in drafting a new budget for the bloc.

The rise of the young

The newly-appointed prime minister has made global headlines for her age. But she is hardly the first young leader –  and will not be the last – in what seems to be like a change in the political landscape sweeping across the world.

She joins the likes of a new wave of young and progressive leaders like New Zealand's Jacinda Ardern, France's Emmanuel Macron and Canada's Justin Trudeau who are shaking up politics as usual on the world stage.

"Age has been a criterion for voting for candidates, but it seems that it is of decreasing importance, whereas other candidate characteristics such as experience, trust and ability are gaining importance for voters. With younger people getting more educated, they prove to be of value in decision-making, said Järvi.

"Moreover, with the current information flow, younger politicians might be more versed overall in getting their message across to voters in an understandable and approachable way (for example by utilizing social media channels)." 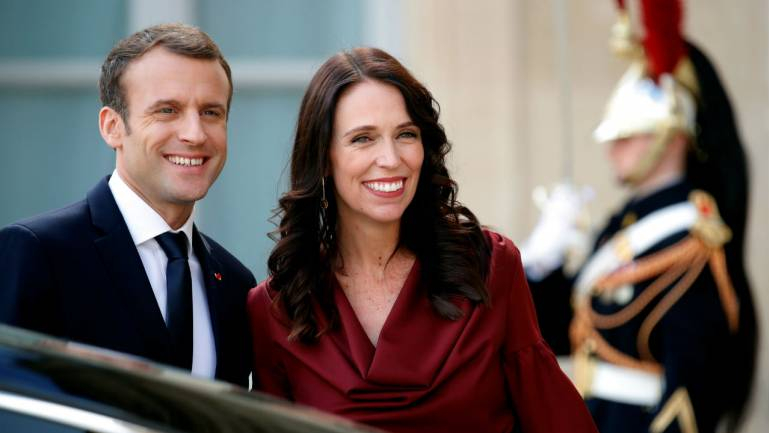 While refreshing, their ability to lead has been cast into the spotlight. France is facing nationwide strikes over proposed changes to the public sector's pension benefits, and is still reeling from the yellow vest movement that swept across the country a year ago. In Canada, Trudeau who strode into office four years ago on a high, is also struggling after a divisive election campaign.

Marin faces similar doubts over her abilities to lead the country. "I would be surprised if Marin would still be the prime minister in one year. Not because she is a woman, but mainly because she has no competence and not enough experience for this job," said Kouros.

But there might be something to be said about the four other women also at the helm. "Women support each other across party lines," said Kristiina Brunila, professor of social justice and equality in education, University of Helsinki.

And this may just be Finland's turn to shine in an arena that has been traditionally male and conservative. "It shows young girls and boys that women can lead and be in powerful positions. It also shows the party leaders have some important message that voters want to listen to."