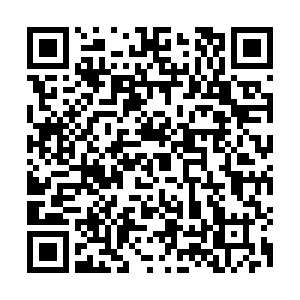 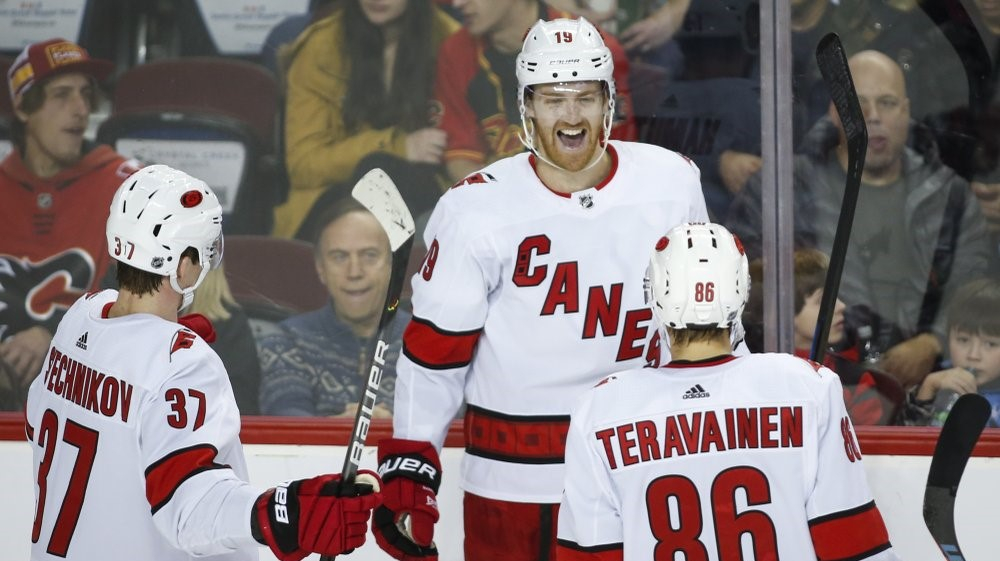 Players of the Carolina Hurricanes celebrate after scoring in the game against the Calgary Flames at the Scotiabank Saddledome, December 14, 2019. /AP Photo

Players of the Carolina Hurricanes celebrate after scoring in the game against the Calgary Flames at the Scotiabank Saddledome, December 14, 2019. /AP Photo

James Reimer made 32 stops and Warren Foegele scored twice and the Carolina Hurricanes ended Calgary's seven-game winning streak with a 4-0 victory over the Flames on Saturday.

It's the second shutout of the season for Reimer, who has won five of his past six starts and improved to 7-5-0 on the season.

The 31-year-old was at his best in the first and third periods. He kept the game scoreless in the opening 20 minutes, despite Calgary holding a 12-4 edge in shots. When the Flames pressed in the third period, fueled by four power plays in the final 11 minutes, he once again stood tall.

Brock McGinn and Dougie Hamilton also scored for Carolina, which has points in five straight (4-0-1). The Hurricanes' five-game road trip will continue Tuesday in Winnipeg.

Calgary lost for the first time since Geoff Ward took over from Bill Peters behind the bench. The 57-year-old had won his first six games after being named interim head coach on November 29. 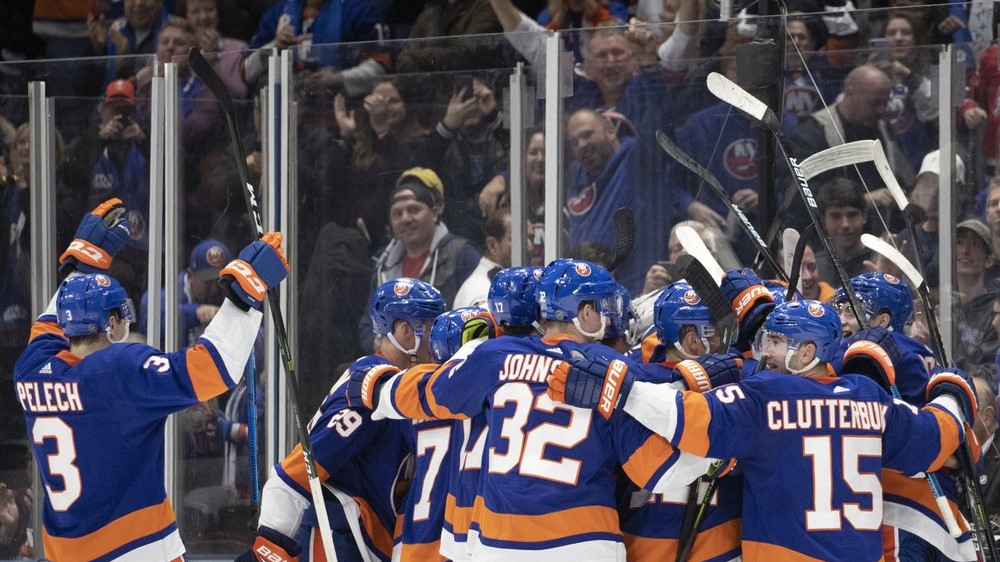 Players of the New York Islanders celebrate after scoring in the game against the Buffalo Sabres at the Nassau Coliseum, December 14, 2019. /AP Photo

Players of the New York Islanders celebrate after scoring in the game against the Buffalo Sabres at the Nassau Coliseum, December 14, 2019. /AP Photo

Beauvillier scored on a breakaway at 3:04 against Sabres goalie Linus Ullmark for his 10th goal of the season. He finished off a sequence in overtime in which he accidentally got tangled up with Ullmark in the crease, then was tripped in the Sabres zone before he corralled the puck for the winning play.

The Islanders improved to 13-2-1 overall between Nassau Coliseum and Brooklyn's Barclays Center this season while the Sabres had their three-game winning streak snapped.

Semyon Varmalov made 33 saves for the victory.

Jordan Eberle had snapped a 1-1 tie with a goal early in the third period to give the Islanders a 2-1 lead, but Sabres captain Jack Eichel tied it with a power-play goal at 18:14 after the Sabres pulled Ullmark for an extra skater.

Eichel's 23rd goal of the season was assisted by Rasmus Ristolainen and sent the game into overtime.