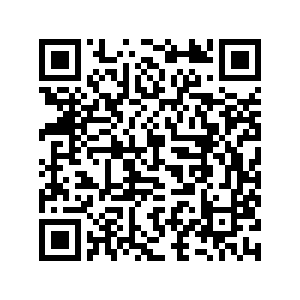 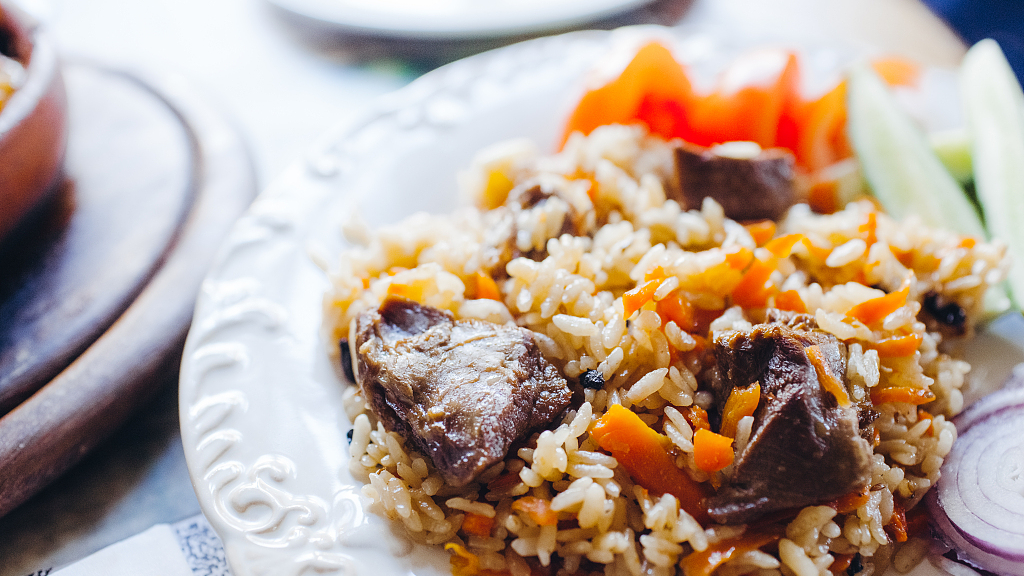 The plate is designed to make a meal look bigger – a gastronomic illusion and an innovative way to tame Saudi Arabia's pervasive throwaway culture which results in colossal food waste.

Across much of the Gulf lavish displays of food are seen as a cultural totem of generosity and hospitality. But much of it ends up in the trash.

Saudi households typically serve large oval-shaped platters piled high with rice, a daily staple, but a lot goes to waste as many just nibble on the sides and rarely even reach the middle.

Entrepreneur Mashal Alkharashi is fighting back – with a rice plafkl that makes the portion of food appear bigger.

With a mound in the center, the plate minimizes the middle area, prompting people to serve less and save more.

"The innovative design, elevated from the middle, reduces waste by 30 percent," Alkharashi told AFP, adding that the plate, adopted in recent years by multiple Saudi restaurants, has saved more than 3,000 tons of rice.

"This way we preserve the generosity part while cutting waste."

The desert kingdom – which because of its limited arable land and scarce water resources is heavily reliant on imports to meet its growing food demand – has the highest rate of waste globally.

The average Saudi wastes up to 250 kilograms (550 pounds) of food annually, compared to a global average of 115 kg, according to the ministry of environment, water and agriculture.

The ministry estimates the waste costs Saudi Arabia, which is scrambling to boost state coffers amid low oil prices, around $13 billion annually.

According to the Economist Intelligence Unit, the consumption is far higher than the official estimate: it says the average Saudi wastes as much as 427 kg every year, underscoring what observers call a throwaway consumer culture that undervalues food.

"Since food items and groceries are abundantly available to all living in (Saudi Arabia) and they are highly subsidized, the residents take food for granted," academics from Riyadh's King Saud University wrote in a research report last year.

"Food waste in restaurants, celebrations, social events is enormous ... (as) the custom is to provide more food than required."

The Saudi Food Bank, or Etaam, a charity which collects surplus food from hotels and wedding halls and distributes it to the needy, has called on the government to penalize waste.

In Saudi Arabia, where vast oil reserves reaped enormous wealth in a few dizzying decades, food is not simply a source of nutrition but also an expression of cultural identity.

In a traditional society where social interactions often revolve around food, enormous displays of it connote affluence.

"In just one generation Saudi Arabia went from conditions of scarcity to plenty and, for some, immense wealth," Kristin Diwan, from the Arab Gulf States Institute in Washington, told AFP.

"It's easy to see then how this rather austere culture would project its wealth into the socially acceptable area of hospitality and food."

Many Saudis are shrugging off stereotypes of being gluttons in a country where local media says more than 40 percent of the population is obese.

"Shop, eat and pray" was long the motto for many Saudis in an age of high oil prices which long supported the government's cradle-to-grave subsidies.

But many are rethinking their lifestyles amid rising economic pressures as the conservative kingdom pares back subsidies but also opens up once-unthinkable outlets for entertainment such as cinemas and concerts.

Many young Saudis are shunning a culture of excess to promote minimalism and meatless diets, among them the chef Almaha Aldossari, well known on social media as "The Bedouin Vegan".

Waste, however, is a relic of the oil boom era, limited not just to food.

It is common to see car engines idling for hours, a habit that stems from an era when oil was cheaper than water.

Water, too, is wasted even as the arid kingdom faces declining resources.

Saudi Arabia consumes 263 liters of water per capita per day, double the daily world average, and the government aims to reduce it to 150 liters by 2030.

"Cultural change is hard but concerns about environmentalism, sustainability, and more healthy living amongst a certain class of Saudis will have some impact," said Diwan.

"These are the seeds of change."