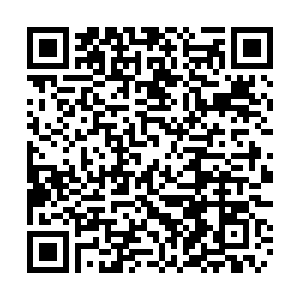 For many who associate retirement with misery and loneliness, 74-year-old Jia Dakai defies the norm. At this age, he has the busy schedule of a man of prime time, a volleyball match in the morning, followed by a community meeting. In the afternoon, he would go for a dip in his apartment complex's hot tub and at night for a neighborly gathering.

Part of the reason he is able to lead this active and engaged lifestyle all year round is that he is in China's southernmost island province of Hainan, known as China's Florida for its warm weather and sandy beaches. In the past 13 years, he has led the life of a migrant, staying on the island during winter and traveling back to his hometown of Beijing in the summer.

Jia is among the hundreds of thousands of seniors who head to Hainan to enjoy their retirement. According to data provided by the Hainan Aging Institute, an estimated 4.5 million retired seniors in China flock to the island during winter. The number is highest among retirees from the northeastern part of China who want to escape the freezing coldness back in their hometown. 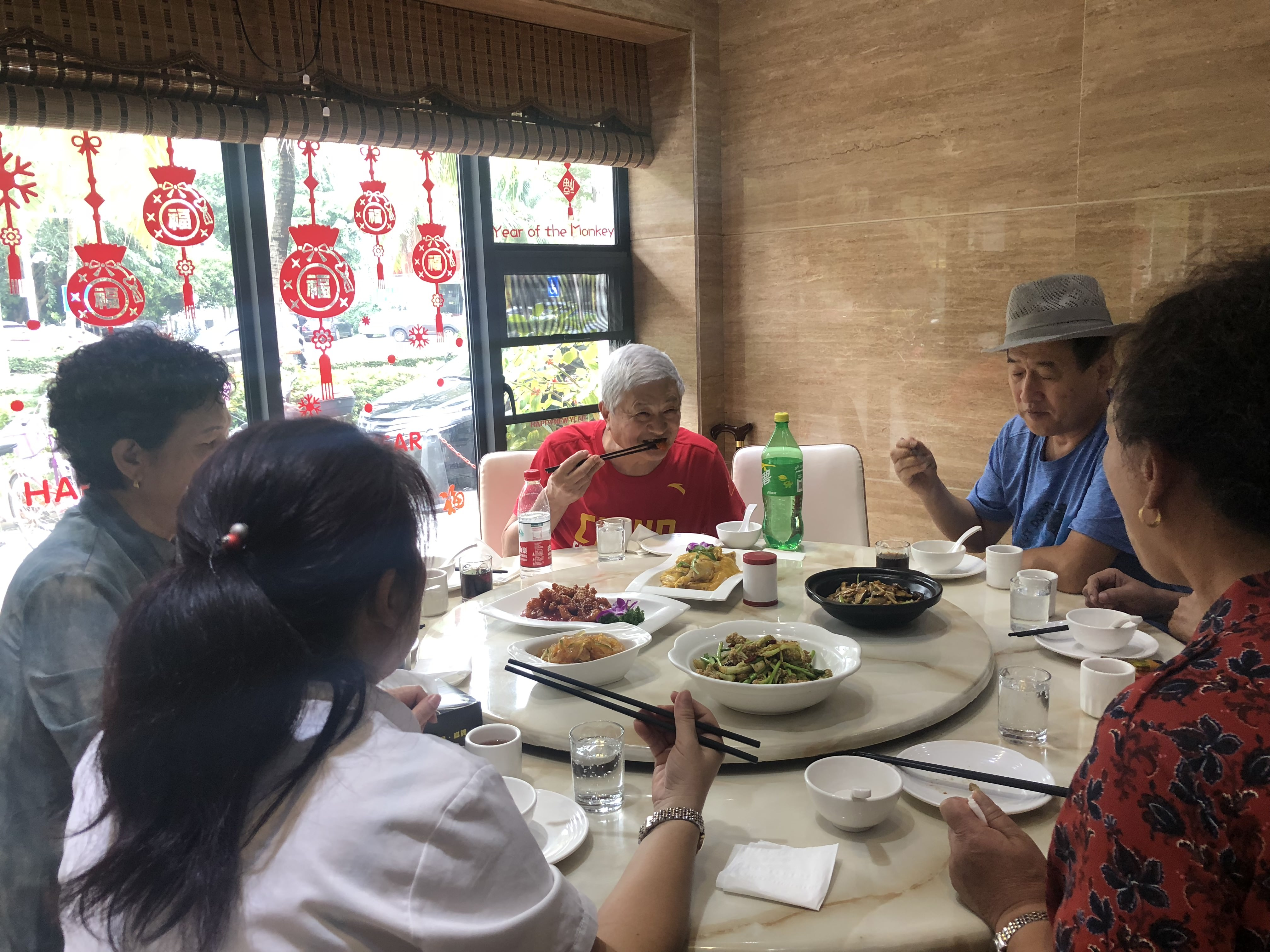 Jia Dakai (C) at lunch with his neighbors who come from all parts of the country. /CGTN Photo

Jia Dakai (C) at lunch with his neighbors who come from all parts of the country. /CGTN Photo

By 2019, 249 million in China were over 60, accounting for 17.9 percent of the population. China's low retirement age – 55 for women and 65 for men – means that retirees who are still in good physical health now have time to explore, pick up hobbies or even travel. The advent of China's social security system, coupled with its economic boom, has enabled many like Jia to stay active after retirement.

The population boom first fueled a real estate boom. A 2018 research paper by Liu Ling et al from Hainan University found that 60 percent of apartments in the city of Haikou, the provincial seat of Hainan, are bought by non-locals. That figure in Sanya, the tourist hub in Hainan Province, is 80 percent and almost 100 percent in even lower-tier cities like Qionghai.

Guo Jinyu, a resident from Shanxi Province who is now spending her retirement in Hainan, said the developer of her apartment complex had a promotional campaign in her hometown years ago. The developer offered a 3,000-yuan cash incentives for anyone willing to travel to Hainan to view properties for promotion. Those who made the trip but decided not to buy would have to return the 3,000 yuan to the developer. 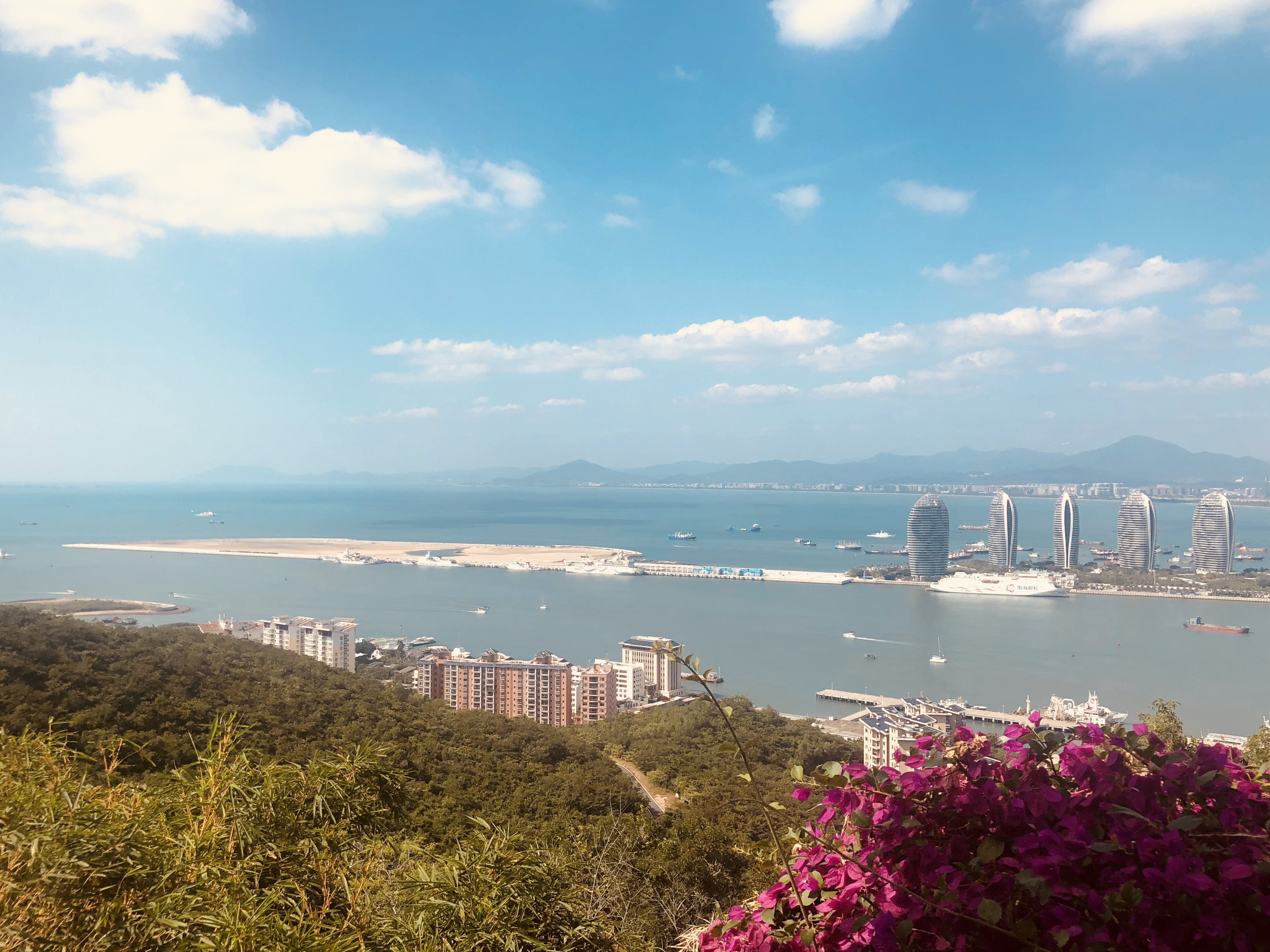 It's not just property developers, tourism agencies on the island have been running trips targeting seniors for free. Zhang Chong, a 57-year-old resident in Haikou, who is originally from China's central Hebei Province, recently went on a five-day free trip to Hanoi. Her flight, hotel and meals were all covered by an agency. The only spending was shopping in Hanoi, which she did in a group led by a tour guide, though she said even the shopping was not compulsory.

"I bought a few bags of coffee and sweets from Vietnam at a huge discount," Zhang said. "It was a great bargain."

Zhang said every week she would hear about an enormous number of free trips targeting seniors offered by local travel agencies. If on average a million retirees travel to Hainan, stay around three to six months and spend on average 10,000-15,000 yuan in totals, that creates an annual consumption of 10-15 billion yuan, according to a research paper. 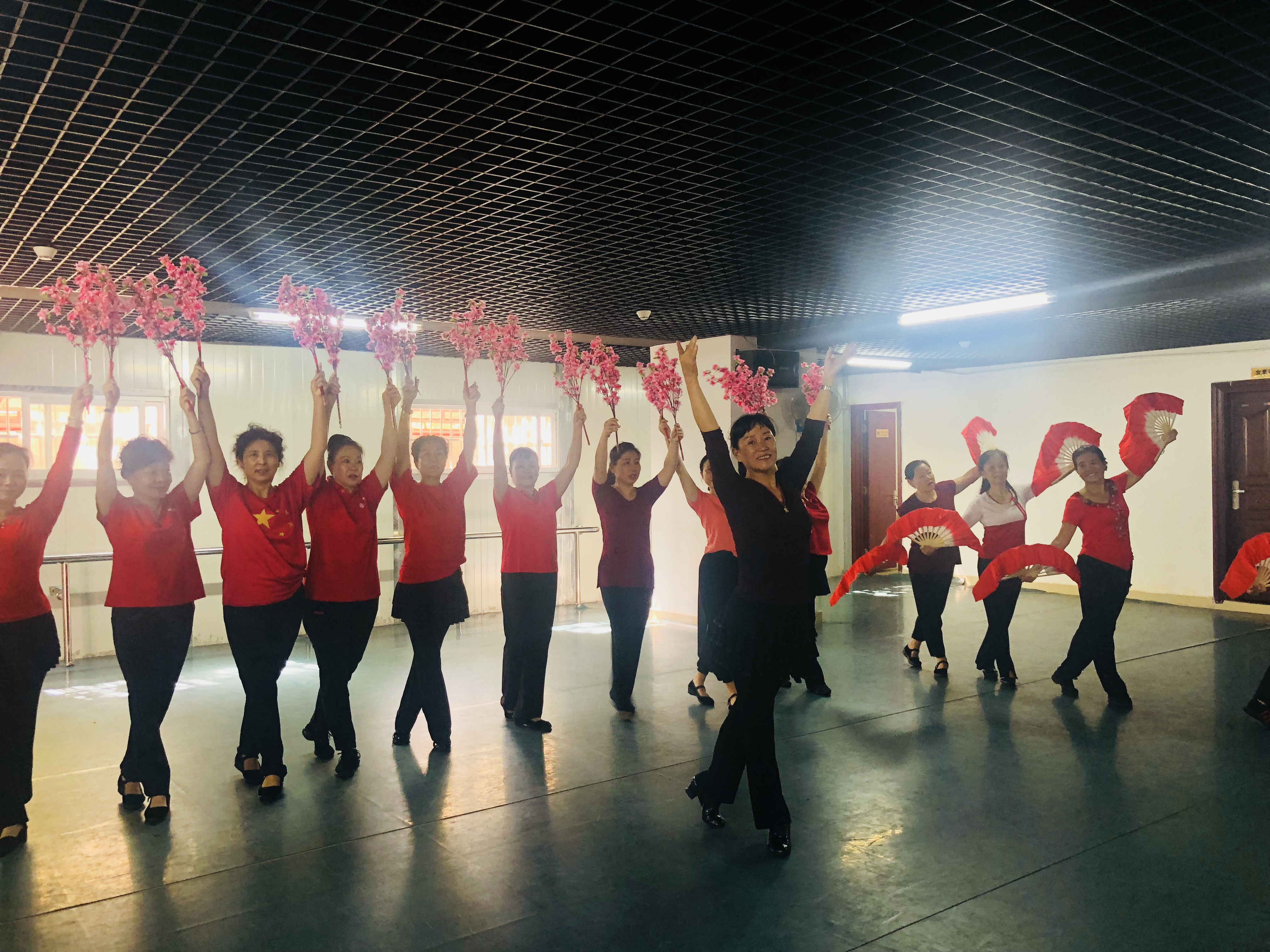 Zhang Chong (C) at a music rehearsal with other retirees. /CGTN Photo

Zhang Chong (C) at a music rehearsal with other retirees. /CGTN Photo

The overflow of seniors may have brought Hainan its much-need economic growth, but just as huge population overflows would oftentimes bring price hikes and potential resentment from locals, Hainan is no exception.

The booming property sector creates an economic structure that has been over-reliant on the real estate industry. In the first half of 2019, property investment accounted for 46.33 percent of the total investment in the province. Ever since Hainan was designated as a special trade zone in 2018, it has been seeking to promote tourism, modern service industries and high-tech industries in the province to drive a multi-front economic growth. 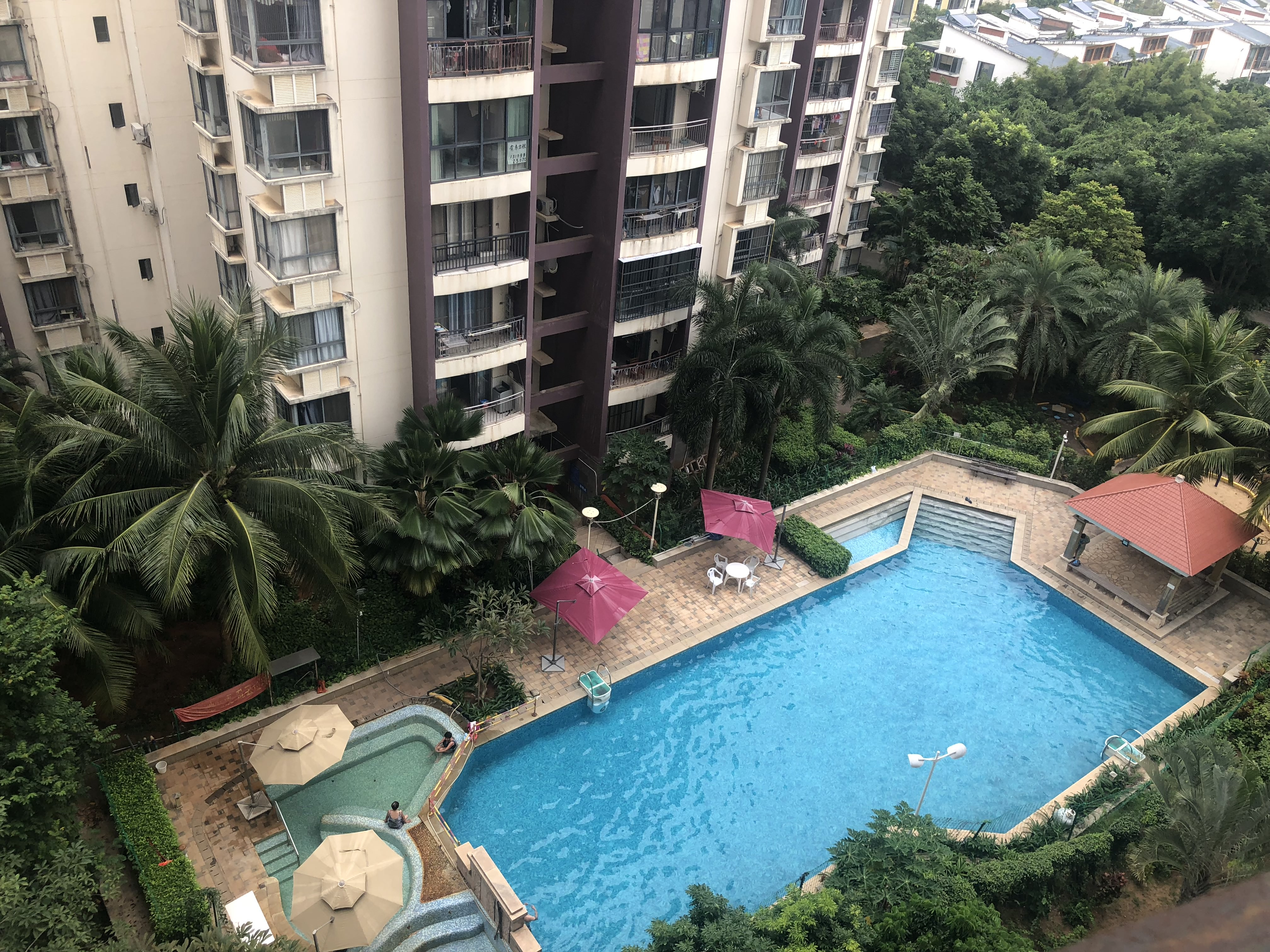 A view of the hot tub and swimming pool from Jia's apartment. /CGTN Photo

A view of the hot tub and swimming pool from Jia's apartment. /CGTN Photo

The local government, on the other hand, is adjusting its policy to keep up with the population overflow. Sanya and provincial capital Haikou have both introduced restrictions on home purchases to non-locals, requiring homebuyers to show proof that they have paid the local social security fund for at least two years before making the purchase.

A public welfare system accessible to all senior residents, local and non-locals alike, also exists. For example, seniors over the age of 60 who have been living in Haikou for more than one year, with proper senior certificate, can ride buses at a 50-percent discount.

The seasonal nature of senior migration poses challenges to local government administration, said Lu Jiehua, professor of sociology at Peking University. While the local government needs to cater to the demands of the senior migrants, it also needs to ensure the sustainable socioeconomic development of the society.

"Facilitating integration between the senior migrants and locals is crucial," he said.

As Hainan becomes a magnet for China's retirees, it is leading the way among cities in China to figure out how to cope with social changes this gray wave will bring.