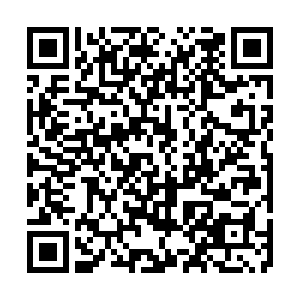 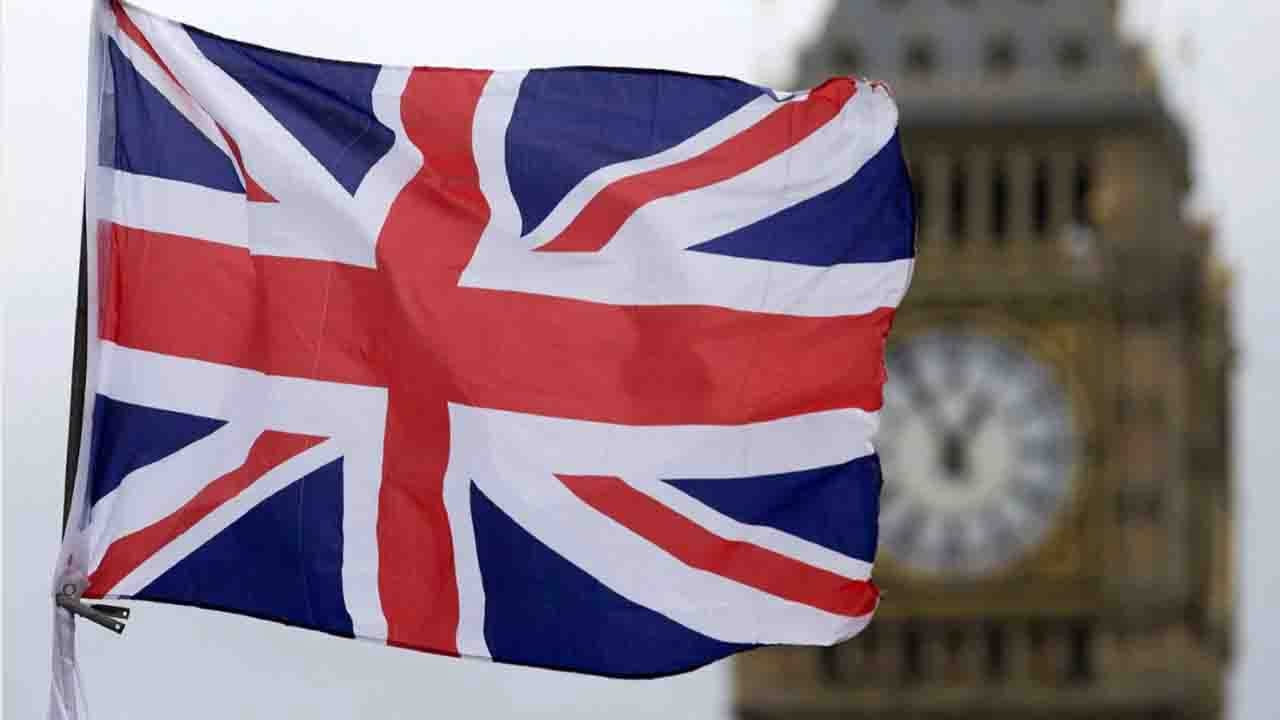 On the most important issue in the United Kingdom's modern history – whether to leave the European Union or remain – the UK's electoral system produced an absurd result.

The majority of the British public wants to remain in the EU, and actually voted accordingly in the parliamentary election on December 12. Yet the election produced a large majority for the Conservative Party, which backs a quick Brexit.

The reason is as simple as it is troubling: The failure of first-past-the-post electoral systems to translate public sentiment into reasonably representative outcomes.

In a first-past-the-post electoral system, each legislative seat goes to the candidate who wins the largest share of the vote, regardless of whether it is a majority. Thus, when majority opinion is divided among several parties, the minority view prevails with a minority of votes.

As a simple illustration, suppose that there are three parties: Remain-1, Remain-2, and Leave. Suppose that in every district, 66 percent of the public wants to remain and 34 percent wants to leave, with the remain voters divided evenly between the two remain parties.

In a nationwide proportional-representation system, by contrast, the Remain parties would win 66 percent of the seats and would form the government. 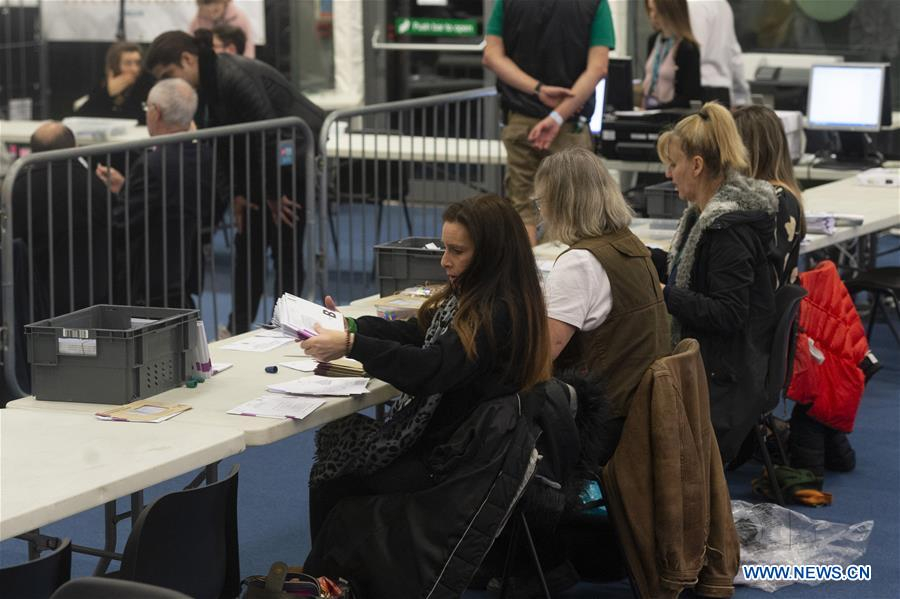 Of course, the actual situation in the UK is more nuanced. Brexit was not the only campaign issue, and 11 parties, not just three, received at least 0.4 percent of the national vote.

Of those 11 parties, eight – Labour, the Scottish National Party, the Liberal Democrats, Sinn Féin, Plaid Cymru, the Social Democratic and Labour Party, the Green Party, and Alliance (APNI) – campaigned either for a second Brexit referendum (a "people's vote") or for remaining in the EU. Three of the 11 parties campaigned for Brexit without a second referendum: the Conservatives, the Democratic Unionist Party, and the Brexit Party.

There are two reasons for this outcome.

First, the Brexit vote was nearly all concentrated at one party, the Conservatives, which received 94 percent of the combined Brexit vote. Labour, by contrast, won only 61 percent of the vote among the eight parties opposed to Brexit or calling for a second referendum. Prime Minister Boris Johnson united the Brexiteers. Labour's leader, Jeremy Corbyn, splintered the Remainers.

The second reason is that, under first-past-the-post, the overwhelming majorities (70 percent or higher) secured by Remainers in some districts – for example, London and Scotland – amounted essentially to wasted votes; the party still won just one seat. In a proportional-representation system, those votes would count toward the party shares at the national level.

Last week's vote shares were in line with recent public opinion surveys on Brexit. In a particularly telling poll, carried out just before the election, Remainers outnumbered Leavers, 53 percent to 47 percent. The majority of voters want to remain, yet the electoral system produced an overwhelming parliamentary majority for leave. 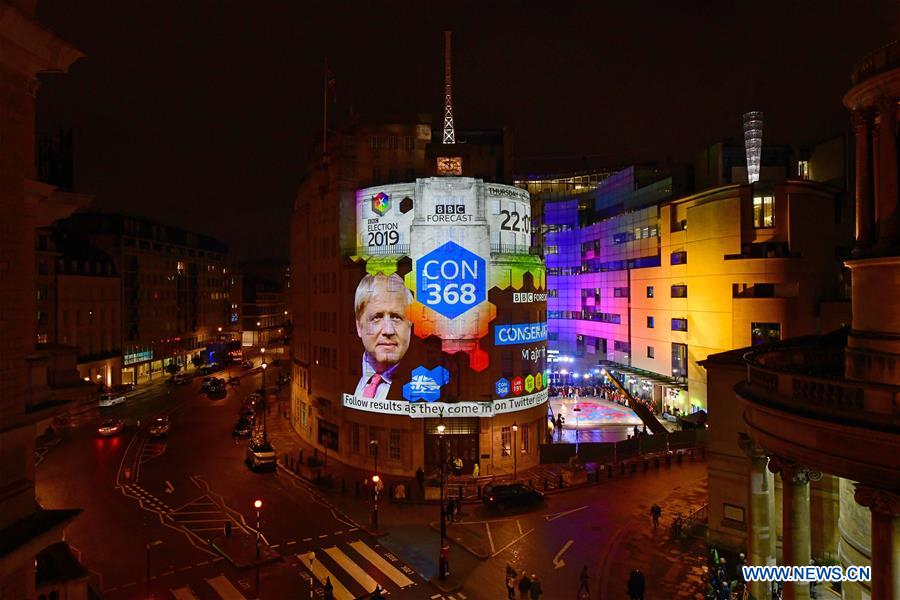 The UK is one of only a handful of high-income democracies – including the United States and Canada (as bequeathed by the UK) – with a first-past-the-post system. If the UK had a national proportional vote system, as almost all of continental Europe does, it would be heading for a second Brexit referendum and staying in the EU. The election results would probably have produced a multi-party coalition government against a quick Brexit.

Another glaring problem, less easily solved, is that young people overwhelmingly want to remain in the EU, while older people want to leave. Older voters are imposing a future on young people who do not want it, but who will most likely have to deal with the consequences for the rest of their lives.

First-past-the-post voting has been praised for promoting political stability by producing two-party or nearly two-party systems. Britain's two main parties received 76 percent of the vote and will have 87 percent of the seats in the next Parliament.

Yet the stability is illusory. It comes at the price of a government in which a minority can ride roughshod over the interests and preferences of more than half of the population. When that happens, society becomes politically polarized.

In continental Europe, most governments are multi-party coalitions. They can be difficult to form, cumbersome to maintain, and slow to act. Yet the very process of multi-party coalition building prevents a minority from walking away with the political prize against the wishes of a large part of the population.

The situation is even more dangerous in the U.S., where presidential elections install a powerful executive who dominates a two-party legislature. This is a triply cursed system. First, the two parties do a poor job of representing public opinion, not least because of the plutocratic funding of U.S. congressional campaigns.

Second, excessive power is vested in the hands of a single individual. And third, because of the peculiarities of the Electoral College, the president can win with fewer votes than the opponent – as has occurred in two of the last five presidential elections. In 2016, Donald Trump won 57 percent of the electoral votes, despite receiving 2.8 million fewer votes than Hillary Clinton.

As I have written previously, and as the UK's recent election confirms, the two main Anglo-Saxon democracies are failing. But they are failing not only because of a polarized electorate, but also because of the first-past-the-post electoral system, which produces governments that do not represent public sentiment well.