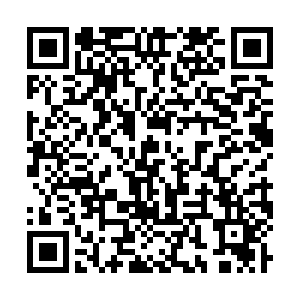 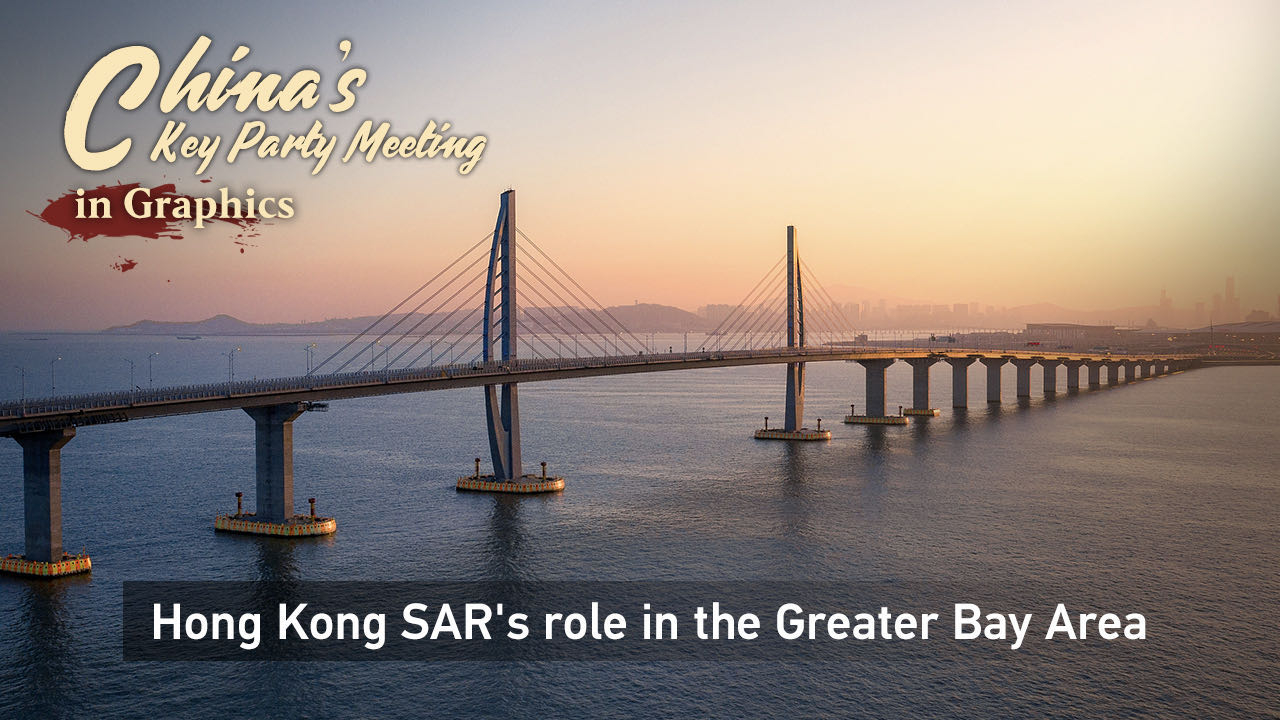 China's state and governance system has enjoyed notable strengths, including "upholding the principle of 'One Country, Two Systems,' maintaining lasting prosperity and stability in Hong Kong and Macao and promoting the peaceful reunification of China," according to a communique released after the 19th Central Committee of the Communist Party of China (CPC)'s fourth plenary session in late October.

Hong Kong SAR, together with Macao SAR, Guangzhou, and Zhuhai, are named as four core cities in the Outline Development Plan, facilitating the regional development of the Greater Bay Area (GBA).

From connector to more proactive participant

Hong Kong SAR has contributed greatly to the process of China's economic reform and opening-up.

With its important global strategic positions, the region has played its role in introducing external investment and talents, in absorbing internationally-advanced technologies and managerial expertise during China's reform and opening-up process. 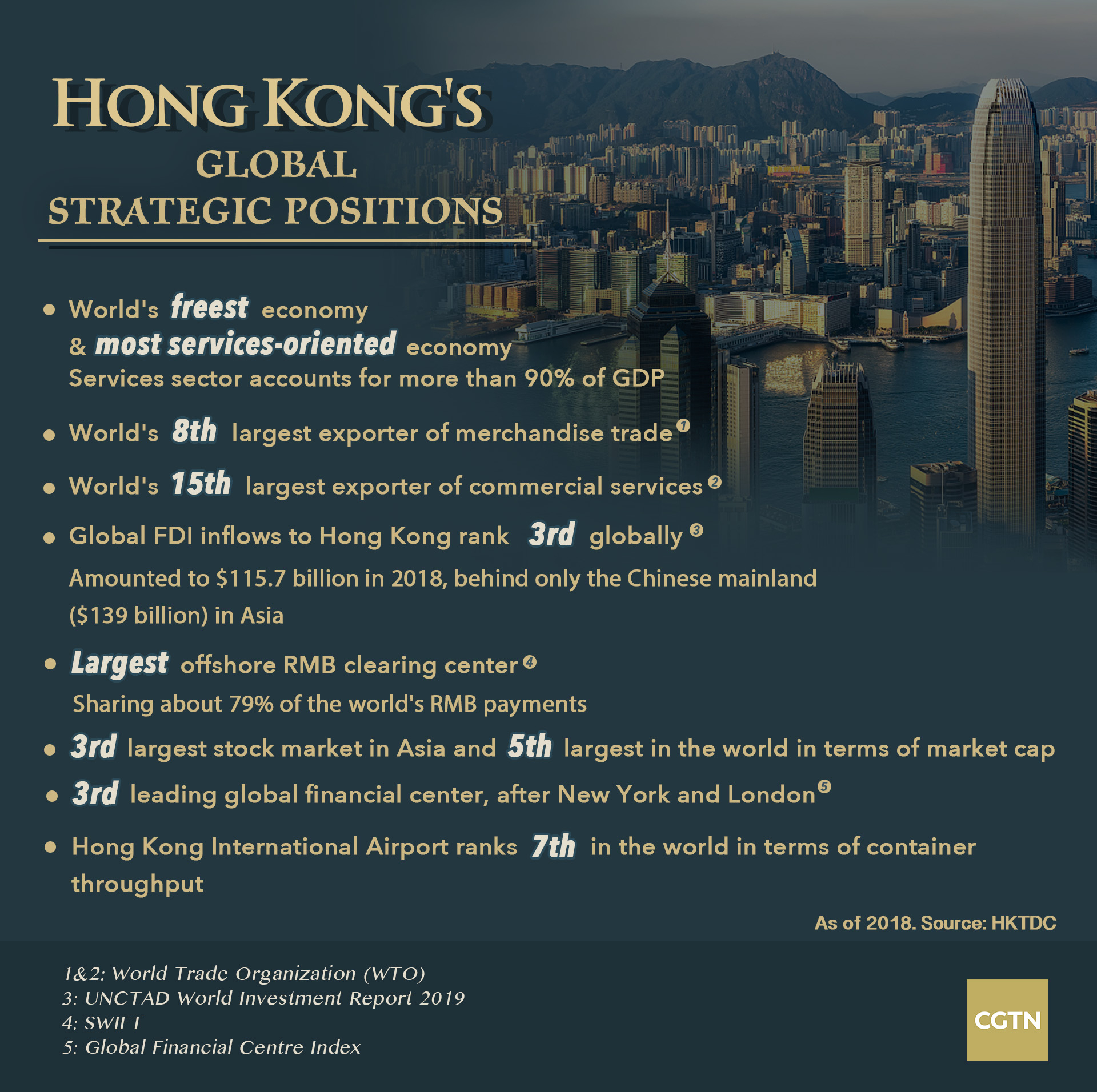 The city has also served as a bridge for implementing China's "go global" strategy, and helped accelerate the shift of the growth model on the Chinese mainland.

Since the release of the Outline Development Plan, the Hong Kong SAR government has made efforts to facilitate its implementation, maintaining and promoting Hong Kong's status as an international leader in sectors including finance, transportation, trade, logistics, aviation, and innovation and technology.

"Hong Kong's role in the development of the Greater Bay Area needs to change from being a connector to being a more proactive participant," said Lam, at the Symposium on the Outline Development Plan for the Guangdong-Hong Kong-Macao Greater Bay Area in February. 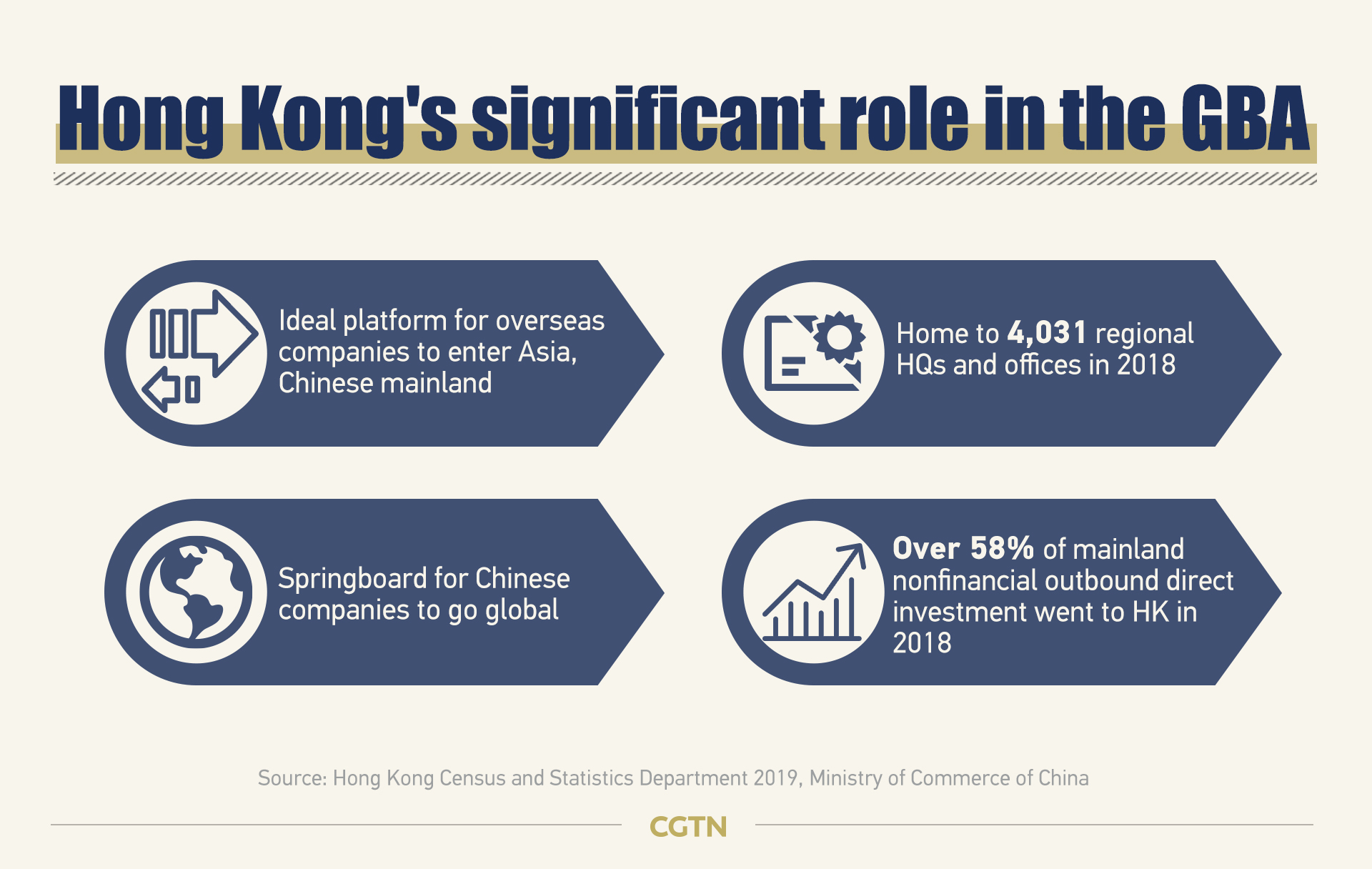 The GBA: A winning combination

The GBA aims to build a dynamic economic region of a cluster of cities that complement each other with their own comparative advantages.

Infrastructure, including bridges, rail networks, airports and ports, is a cornerstone for the regional development of the GBA.

The "one-hour living circle" has been realized by the Hong Kong-Zhuhai-Macao Bridge and the Guangzhou-Shenzhen-Hong Kong Express Rail Link and will be optimized by other structures under construction.

The GBA is home to three of the world's 10 busiest container ports – the ports of Guangzhou, Hong Kong SAR and Shenzhen. The port container throughput of these three ports was 67 million TEUs in 2018, significantly greater than the sum-up of other bay areas.

Besides infrastructure strengths, as the largest bay area in the world in terms of its size and population, the GBA also enjoys economic strengths.

It ranked as the 11th largest economic entity in 2018, with a GDP of 1.6 trillion U.S. dollars, just after Canada.

As one of the richest regions in China regarding per capita GDP, the GBA possesses less than 1 percent of China's land but accounts for 12 percent of the overall national GDP. 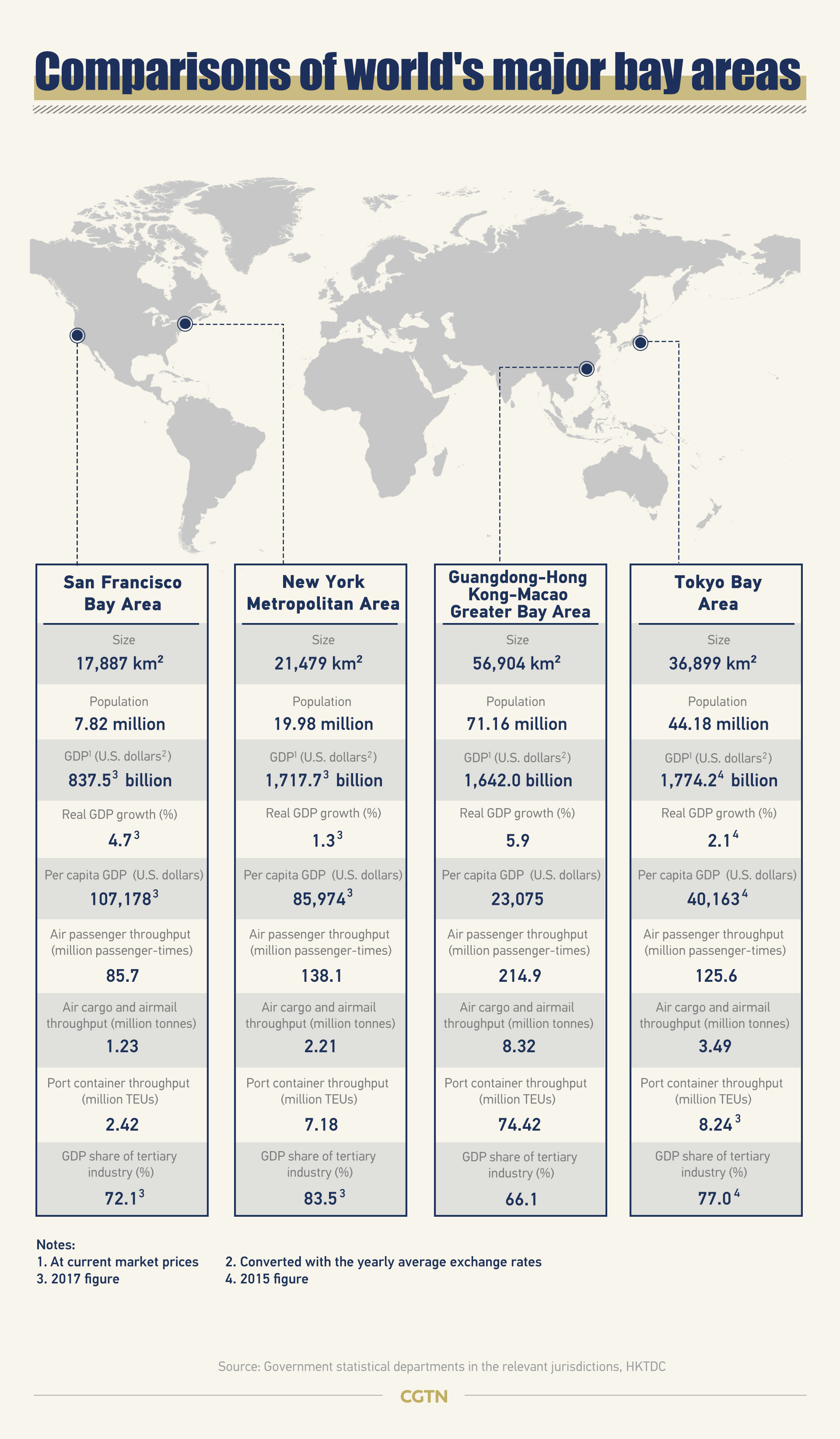