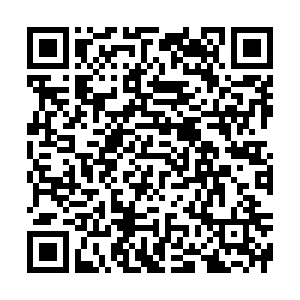 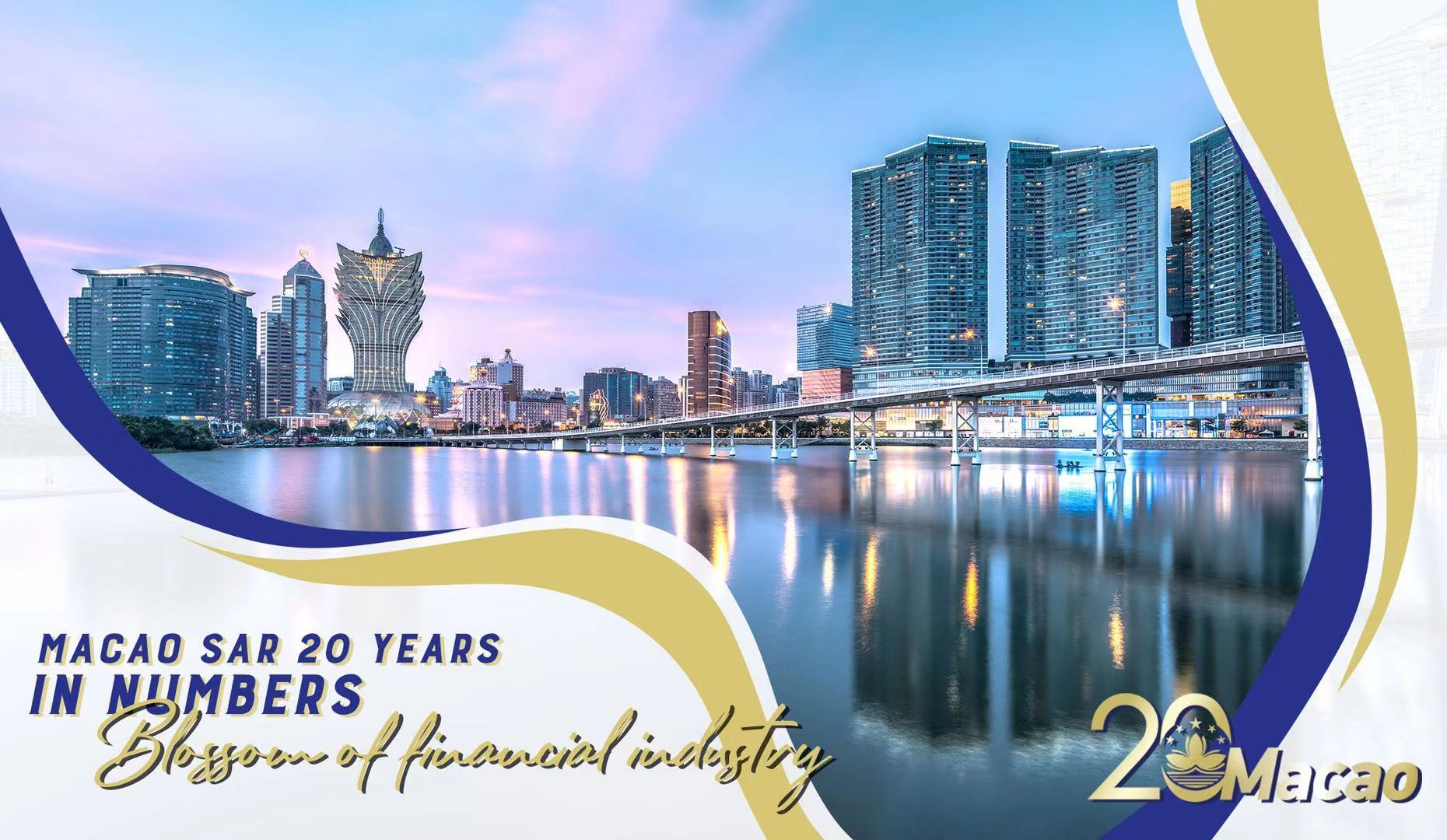 A planned shift away from the gaming industry, which has dominated the Macao Special Administrative Region's (SAR) growth, will focus on the financial industry as a new growth engine.

In fact, since its return to the motherland, Macao has been built as one of the most liberal trading regions in the world and enjoys many advantageous prerequisites for a booming financial industry: a market economy, a free-trade port, no foreign exchange controls, efficient and expeditious customs clearance rules, and low taxation rates.

Macao SAR, together with Luxembourg, Monaco, Hong Kong SAR, the Cayman Islands, has been named as a global offshore financial center by the International Monetary Fund as early as in 2000.

Economic Freedom Index 2019 report released by the Heritage Foundation has selected Macao as a "free" economy for 11 consecutive years, ranking 34th out of 180 economies worldwide.

The financial industry in Macao has significantly grown over the past two decades. The total value of assets surged from 140 billion Macanese patacas in 1999 to more than two trillion at the end of June 2019, increased by over 13 times, according to the Secretariat for Economy and Finance of the Macao government (SEF). 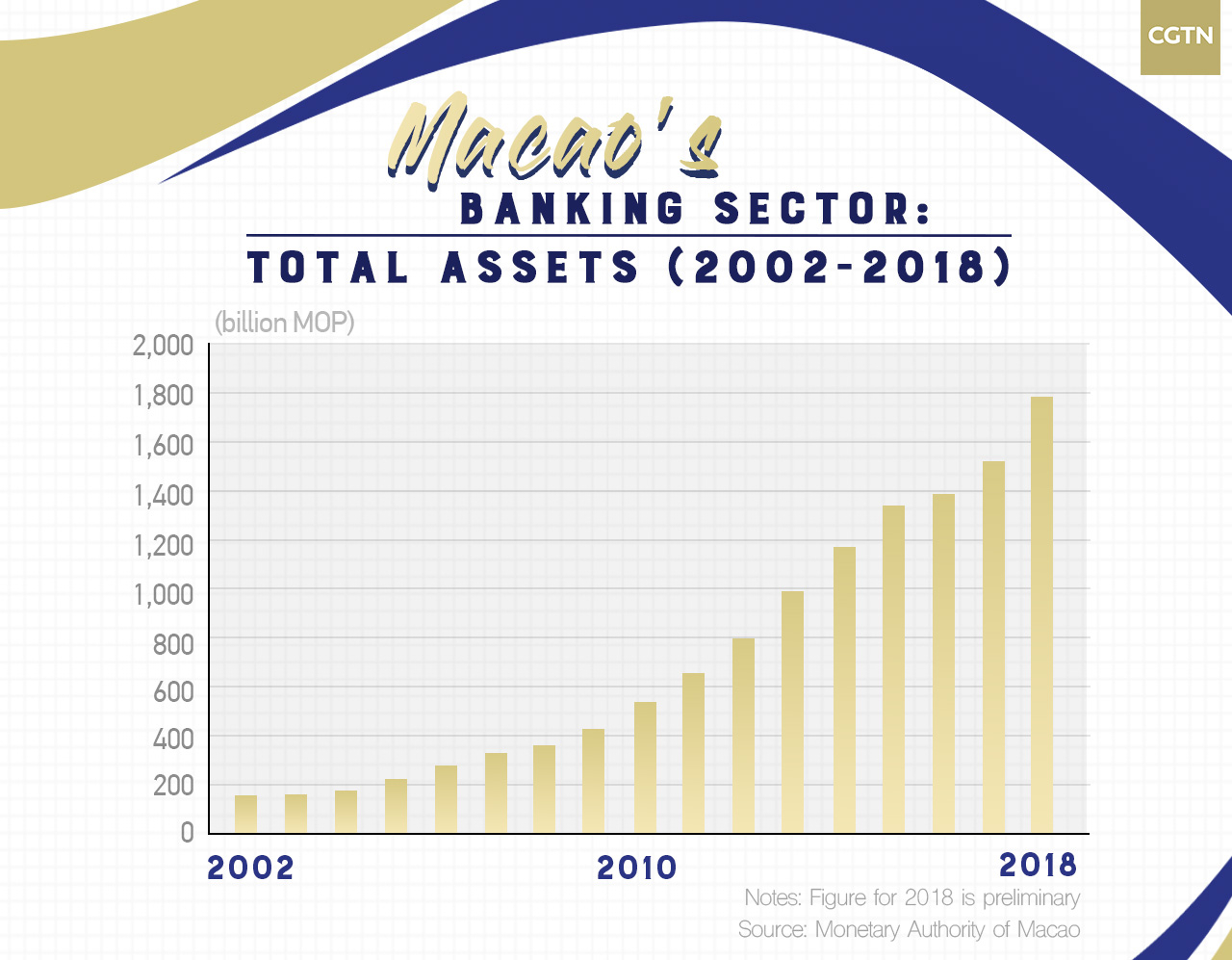 As of the end of June this year, Macao's wealth management clients had increased to about 290,000, and the market value of the investment portfolio at the end of the period had increased by nearly 25 percent to 22.43 billion Macanese patacas, the same source said.

The industry is largely contributed by the banking sector with total assets accounting for about 90 percent in 2018. The dominant sector has also seen a great increase in the number of banks, banking outlets, ATMs and employees since 2004.

"In recent years the Macao SAR government has developed featured finance, including financial leasing, export credit and renminbi clearing of Portuguese-speaking countries (PSCs), which is supported by Macao's role as a platform for cooperation between China and PSCs. This is what we can do to our advantage," secretary for economy and finance of Macao Leong Vai Tac said earlier.

A total of 11 new financial institutions was set up in Macao from 2015 to the first half of 2019, including banks, insurance institutions, and financial leasing companies, according to the SEF. 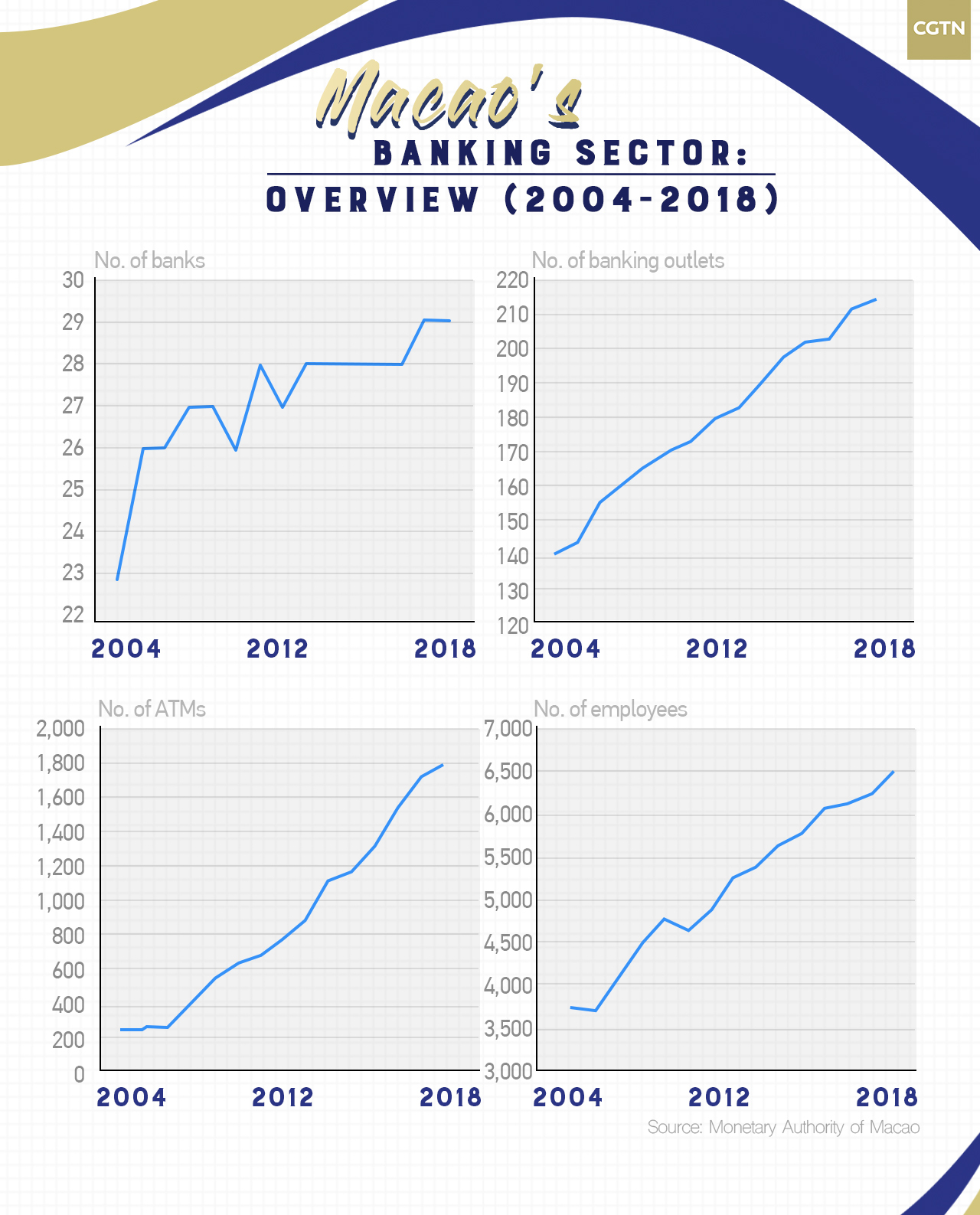 China's National Development and Reform Commission and the Macao SAR government signed an agreement to support Macao's featured finance in February. Besides, the Greater Bay Area Outline Development Plan has indicated development direction for Macao's financial industry, which is to build a financial services platform between China and Portuguese-speaking countries.

Macao has proactively cooperated with member cities in the Greater Bay Area to promote its financial industry. In October, the Monetary Authority of Macao and the Zhuhai Financial Work Bureau signed a cooperation agreement for the training of financial human resources. 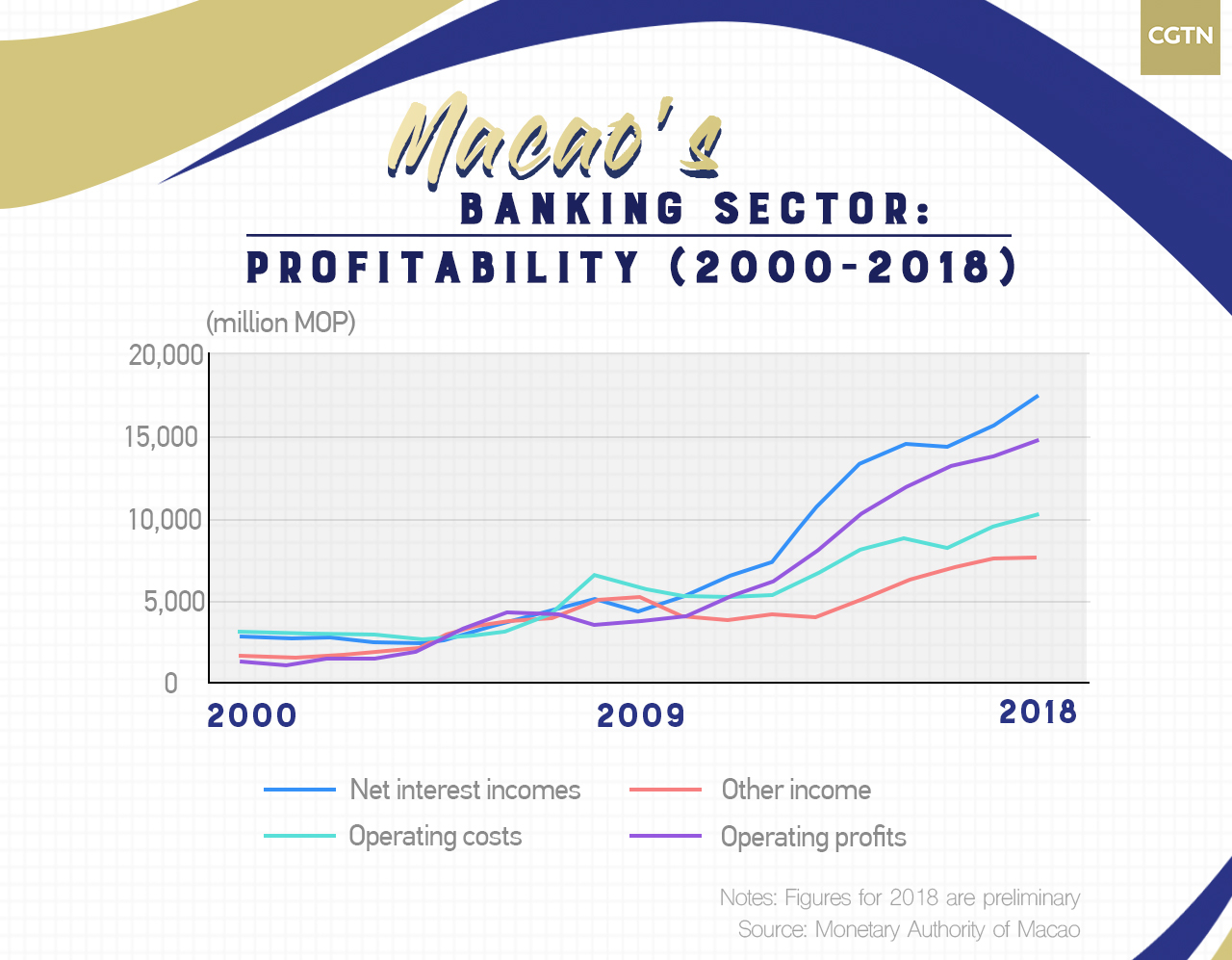 The net interest incomes of Macao's banking sector increased by near 7 times in 2018 than in 2000.

The net interest incomes of Macao's banking sector increased by near 7 times in 2018 than in 2000.

Building a renminbi clearing center is one of the sub-goals of becoming a financial services platform between China and the Lusophone world.

The Macao Renminbi Real Time Gross Settlements System formally went in operation in 2016. From then to the first half of 2019, it processed a total of 641.2 billion yuan, and the total settlement value of renminbi clearing business reached 506.9 billion yuan from 2015 to July 2019.

In October, the Macao SAR government has submitted a proposal for the central government's consideration regarding setting up an offshore yuan-denominated Nasdaq in the city.

The Monetary Authority of Macao said it "has started feasibility research on the establishment of a renminbi-dominated stock exchange."

"In this way, Macao can find an approach like a niche market in financial service," Leong said.