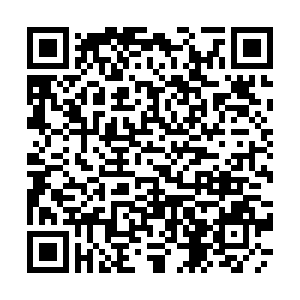 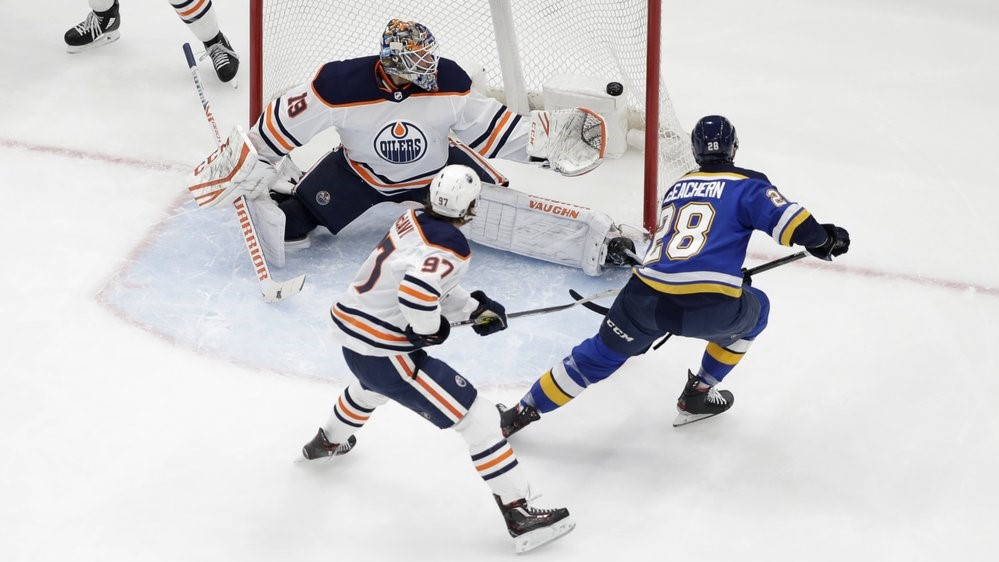 Mackenzie MacEachern #28 of the St. Louis Blues scores against the Edmonton Oilers at the Enterprise Center, December 18, 2019. /AP Photo

Mackenzie MacEachern #28 of the St. Louis Blues scores against the Edmonton Oilers at the Enterprise Center, December 18, 2019. /AP Photo

Blues coach Craig Berube took a chance and challenged a late goal. Even though it didn't work out, his players soon rewarded his faith in them.

Brayden Schenn scored, Jake Allen made 35 saves and St. Louis beat the Edmonton Oilers 2-1 in the NHL on Wednesday night.

James Neal had a late goal and Mikko Koskinen stopped 42 shots for the Oilers, who lost for the fifth time in six games.

Neal scored with 1:50 left in the third period, and the Blues claimed Zack Kassian interfered with Allen. St. Louis was penalized for the unsuccessful challenge, giving the NHL's top power play a 6-on-4 advantage the rest of the way.

"Our mindset is always to be aggressive," Berube said. "That kind of goes with the challenge, too. I try to be aggressive, too, and maybe to a fault. Maybe it was wrong tonight. I'll look into it."

"You don't have to worry about icings," he said. "It gives the other team more time and space to think and when you think you usually take plays a little bit for granted and it's easier for us because we can stay in our PK structure; 6-on-5 you get running around a bit out there."

Allen, playing for the first time since Dec. 10, made several saves during a late Edmonton push to preserve the lead, running his record to 6-2-2.

"Both goalies were on their game tonight for sure," Oilers center Ryan Nugent-Hopkins said. "He made some big saves that kept them up and Mikko kept us in the fight. We found a way to crack him at the very end but it took all of us to get him all the way out of the net to score."

Edmonton went 0 for 4 on the power play, snapping an eight-game scoring streak with the man advantage.

"World-class players over there with high-end skill that can make plays and shoot pucks," Blues defenseman Robert Bortuzzo said. "I thought we did a good job of neutralizing a lot of that, some of their low plays that they like to run, and when we did have breakdowns, Jake was there."

Schenn's 15th goal of the season gave the Blues a 1-0 lead at the 8:04 mark of the second period. Vince Dunn's outlet pass sprung Schenn on a breakaway and he beat Koskinen with a shot to the upper right corner.

The goal gave Schenn 19 points (seven goals, 12 assists) in 17 career games against the Oilers. He is one point away from 400 in his career.

"You have no time to think, so whatever you see, try to make the most of it," Schenn said of his breakaway. "I saw some room high glove. I probably shot it a little earlier than I probably should have, but I'll definitely take it."

Robert Thomas came close to adding to the Blues' lead late in the second, but his shot on a power play hit the post.

MacEachern gave St. Louis some breathing room, burying Ryan O'Reilly's perfect backhand feed from behind the Oilers net at 6:23 of the third.

"Kept pushing but couldn't get enough," Edmonton coach Dave Tippett said. "Koskinen was excellent. Kept us in the game, so a little disappointing we couldn't find a way to manufacture a little more offense."

Both teams had several quality opportunities in a scoreless first period that featured 25 total shots.

Troy Brouwer rang one off the crossbar for the Blues in the opening minutes. Allen made a tough save on Jujhar Khaira's point-blank chance midway through the period and stopped Connor McDavid's rebound try on a late power play.

Other games on Wednesday (home teams in bold):