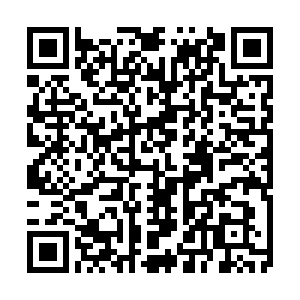 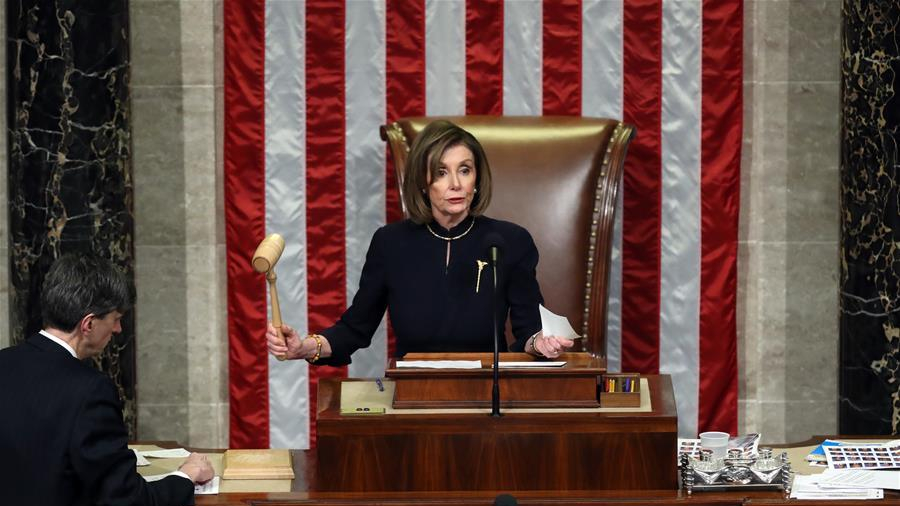 Editor's note: Sun Chenghao is an assistant research fellow at the Institute of American Studies, China Institutes of Contemporary International Relations based in Beijing. The article reflects the author's opinion, but not necessarily the views of CGTN.

December 18 marks a historic day in the U.S. history when the House voted and approved two articles of impeachment against President Donald Trump, making him the third president impeached in America's history.

These two articles, namely abuse of power and obstruction of Congress, were passed almost entirely along party lines by votes of 230-197 and 229-198, respectively. As a result, Trump has become an impeached U.S. president.

It is clear that the partisan split has rapidly expanded in the context of political polarization in the U.S. and the country's upcoming presidential elections.

In the early days of the whole impeachment saga, some moderate Democrats hesitated to launch the impeachment inquiry for fear of a negative impact on their elections in the House, but they quickly changed their position when they believed the public was galvanized to support the impeachment.

In the view of Democrats, Trump is putting himself above the law. However, Republicans have firmly stood by Trump from beginning to end. They believe that the impeachment process initiated by Democrats is a "witch hunt," completely politically driven and exploited to smear and vilify Trump and deliver ammunition to Democratic candidates in the presidential elections.

American's views on the impeachment are also extremely divided as the Congress is, and the result of the House impeachment is expected to further deepen the public disagreement. Interestingly, according to a Gallup poll, since October this year, the American public has become polarized as to whether or not to impeach Trump, but each poll finds that the number of people supporting impeachment is slowly decreasing.

What's more interesting is that Trump's approval rating has risen during the impeachment drama. According to Gallup, Trump's approval rating climbed from 39 percent in October to 45 percent in early December. It can be seen that impeachment will not necessarily dampen Trump's chance for reelection. On the contrary, it has become a powerful tool for Trump's propaganda and for the Republican Party to solidify their base and gain advantage over their opponents. 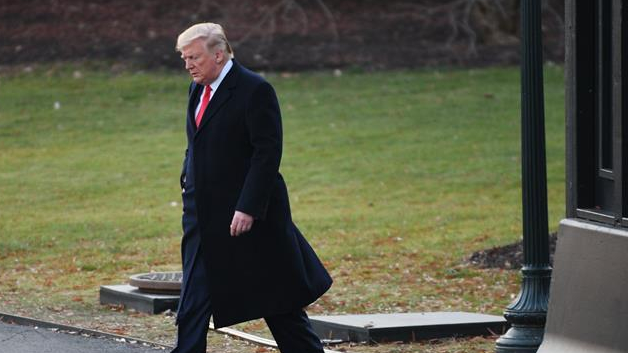 The completion of the House impeachment mission does not necessarily mean that Trump is destined to a downfall. The impeachment case will move to a Senate trial in January. The removal of the president from the White House requires a two-thirds majority in the Senate, and currently Republicans have a 53-47 majority advantage.

In other words, Democrats would have to convince at least 20 Republican senators to break party's rank before Trump can be finally removed. Without solid evidence to support the impeachment articles and given the intensifying partisan struggle, Republican lawmakers are highly unlikely to break with Trump.

Faced with a dim prospect, Democrats have already begun to adjust their strategy. On the one hand, they have been seeking impeachment rather than conviction. The Democratic Party knows that current U.S. politics have been suffering from the partisan fights and disagreements between the two parties.

On the other hand, the Democrats have gradually weakened their public discussion on impeachment. The Democrats never expected from the very beginning to drive Trump out of the White House via impeachment and conviction. If they continue to purse this cause in an irrational way, it will backfire and undermine Democratic candidates, making some voters believe that the Democrats have only launched a "witch hunt" to discredit Trump. Recently, Pelosi and other Democrats deliberately avoided talking too much about impeachments, hoping that voters would turn their attention to some of democratic candidates' proposed policies and reforms.

No matter what the result of the Senate trial is, there is no winner in this political "civil war." Impeachment has become a political tool for the two parties to attack each other and influence elections. It has long deviated from the original intention of the U.S. Constitution, especially the design of the "separation of powers" and has become a weapon of the rivalry between the legislative and executive agencies, the Democratic Party and the Republican Party.

Even after the dust settles, discussions about impeachment will still consume Washington's political resources, and Democratic presidential candidates will have to spend time articulating positions on this issue, rather than pondering and introducing policy changes that are good for the American people.

Therefore, some real issues like how to tackle the shrinking middle class in American society, how to resolve ethnic conflicts, and how to deal with the impact of globalization, will give way to domestic political frictions. Ultimately, American politicians and the public will be the biggest losers in this battle.