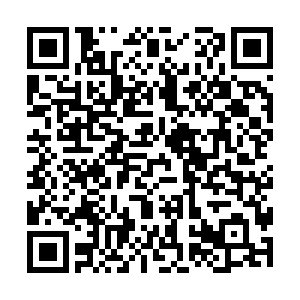 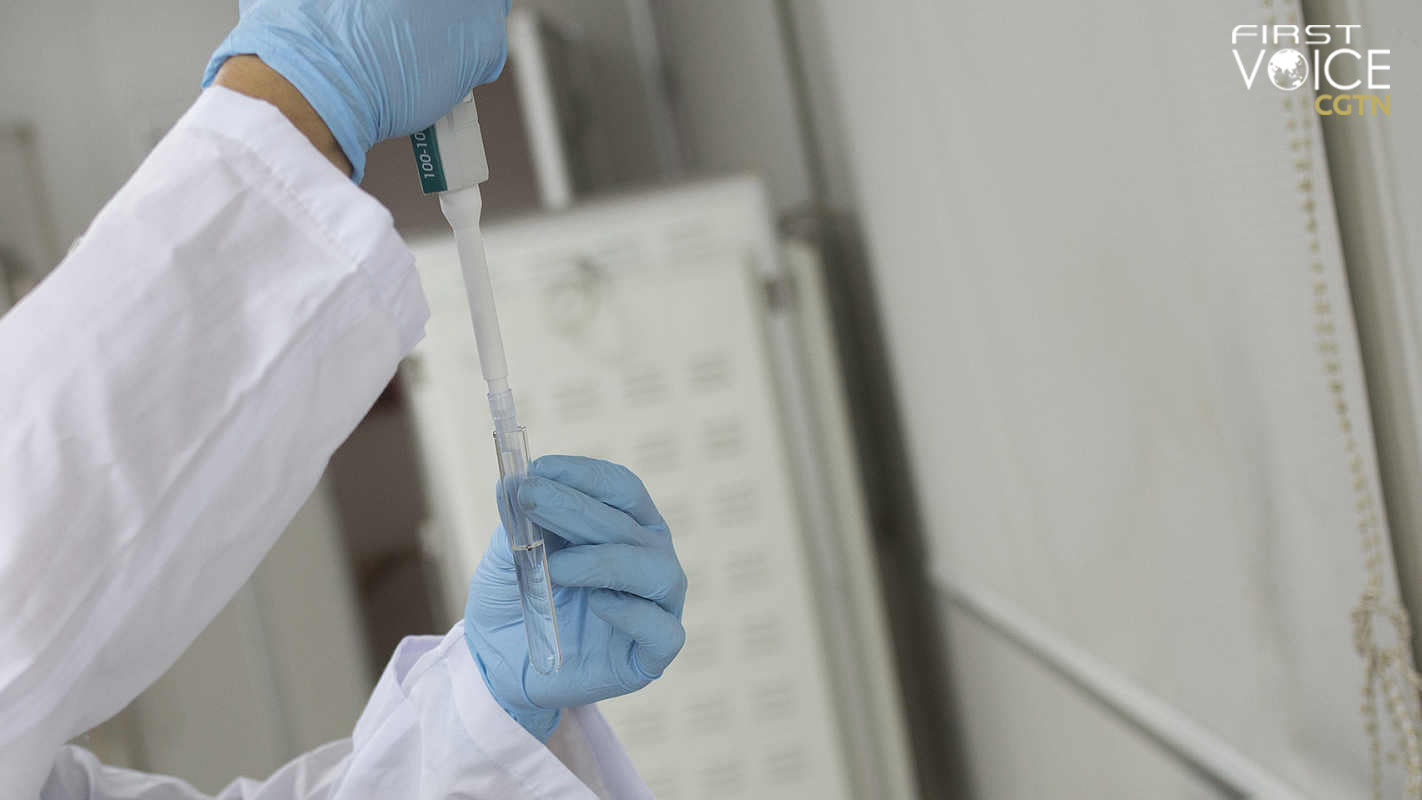 Editor's note: CGTN's First Voice goes beyond the headlines to dissect, examine and analyze hot-off-the-press issues and breaks down breaking news into simple bits. The daily column offers a Chinese perspective on global current events to help you shape your views on matters that shape your life.

The Moffitt Cancer Center is a U.S. nonprofit organization focusing on cancer research and treatment. According to Moffitt's statement, the National Institutes of Health (NIH) warned the institution of "foreign efforts to influence or compromise U.S. researchers." Moffitt launched an internal review afterward and found that some of its researchers have failed to disclose their participation in China's "Thousand Talents" program, a program created to attract oversea talents to work in China. Moffitt states "compliance violations" as the reasons for these resignations.

As can be expected, anything that relates to China is a hot political topic.

No time was wasted before this local incident been painted as a tip of the iceberg of a grand national conspiracy. Senator Marco Rubio, currently one of the arch-anti-China politicians in the United States, took to Twitter to claim that Moffitt is the victim of China's "broad effort to exploit our openness & culture of scientific collaboration to steal valuable scientific research." Representative Chris Sprowls echoed Rubio by implicating China in "covertly exploiting American research."

The media is taking part in this, too. The Washington Post published an article by Josh Rogin on December 20, accusing China of "pursuing a comprehensive, well-organized and well-funded strategy to abuse the open and collaborative research environment in the United States to advance their economic and military expansion at our expense." 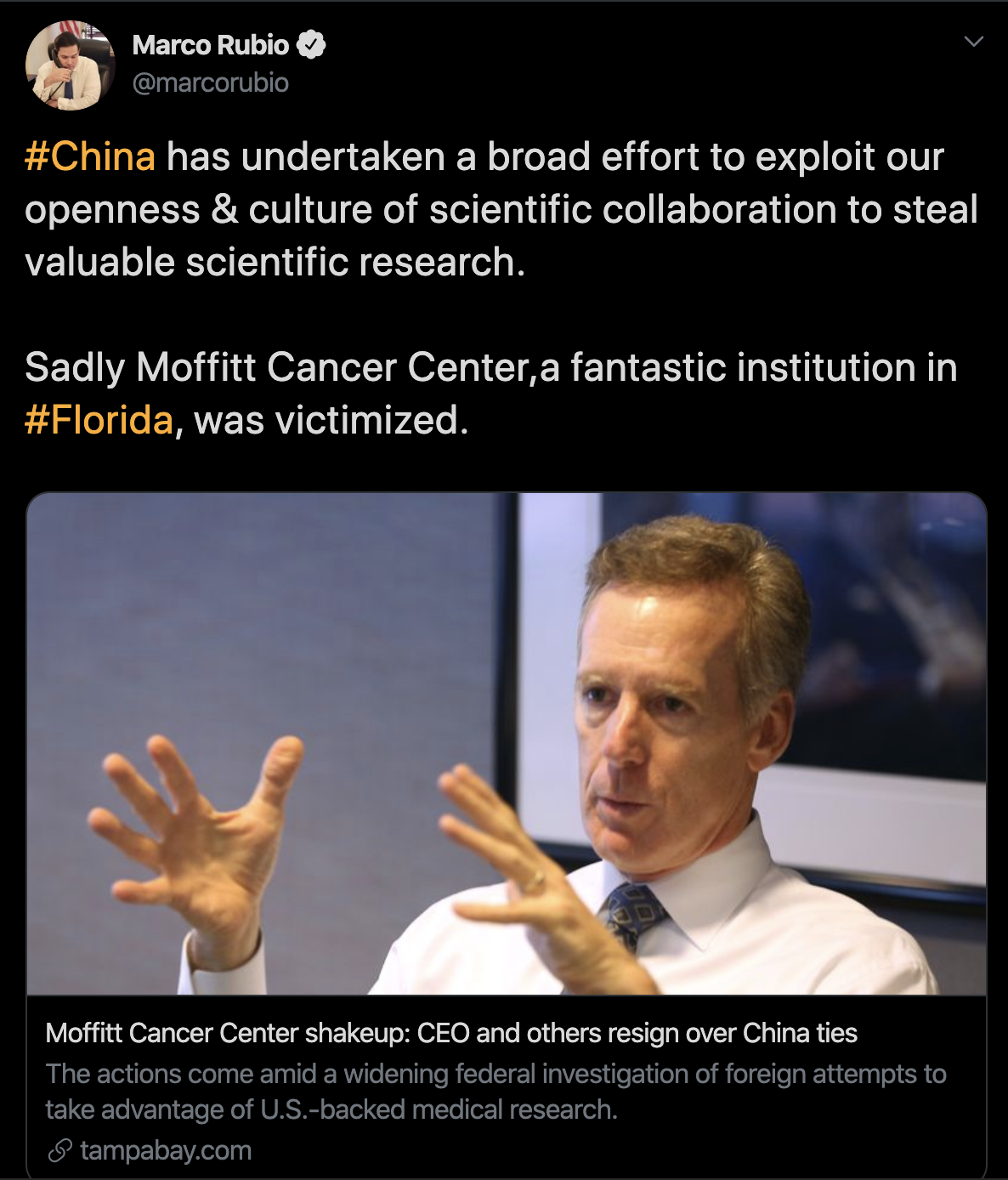 Politicians and the media's eagerness to twist the story into a conspiracy have become nearly instinctual. Politicizing China is good for the ratings – both on TV and amongst the public. The idea that anything that ties with China must be a threat to some aspect of the United States is the lens they see China through.

Similar expulsions have taken place before. Since late 2018, NIH has been instilling the "China threat" idea to all of its grantees. Over the past year, numerous incidents have happened as the product of this act –- student visas have been denied, researchers' applications have been turned down and career academics' achievements are questioned simply because they are Chinese or of the Chinese diaspora.

Moffitt's statement on the matter contains the following words: "no indication Moffitt research was compromised or patient care affected." When there is neither harm to the research nor an effect on the patient, one has to question whether the personnel change is the result of political pressure and whether "compliance violations" is an excuse.

The change is actually not remote, if one considers the role of NIH. More than half of Moffitt's funding comes from the NIH, and NIH, like all other federal agencies, gets its budget from the U.S. Congress. Officials in Congress do have the channel to exert their will and influence over NIH grantees. it is more than reasonable to ask whether the anti-China officials in Congress had a hand in this incident.

Now, because of the incident and the politics around it, every one of Moffitt's partnerships in China is under review, including decades-long research and education partnerships in Tianjin that have brought students, post-doc fellows, scientists and research nurses to Moffitt for training. A fruitful academic, scientific, and cultural exchange is facing the possibility of termination because of politics.

Timothy Adams, Moffitt's board chairman, said, "We started that relationship at a time when foreign policy was about bringing China into the fold of the rest of the world … Cancer knows no borders." Given that the U.S. is focused on suppressing and isolating China and what happened with Moffitt, it appears that everything knows borders now.