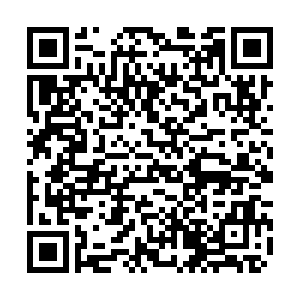 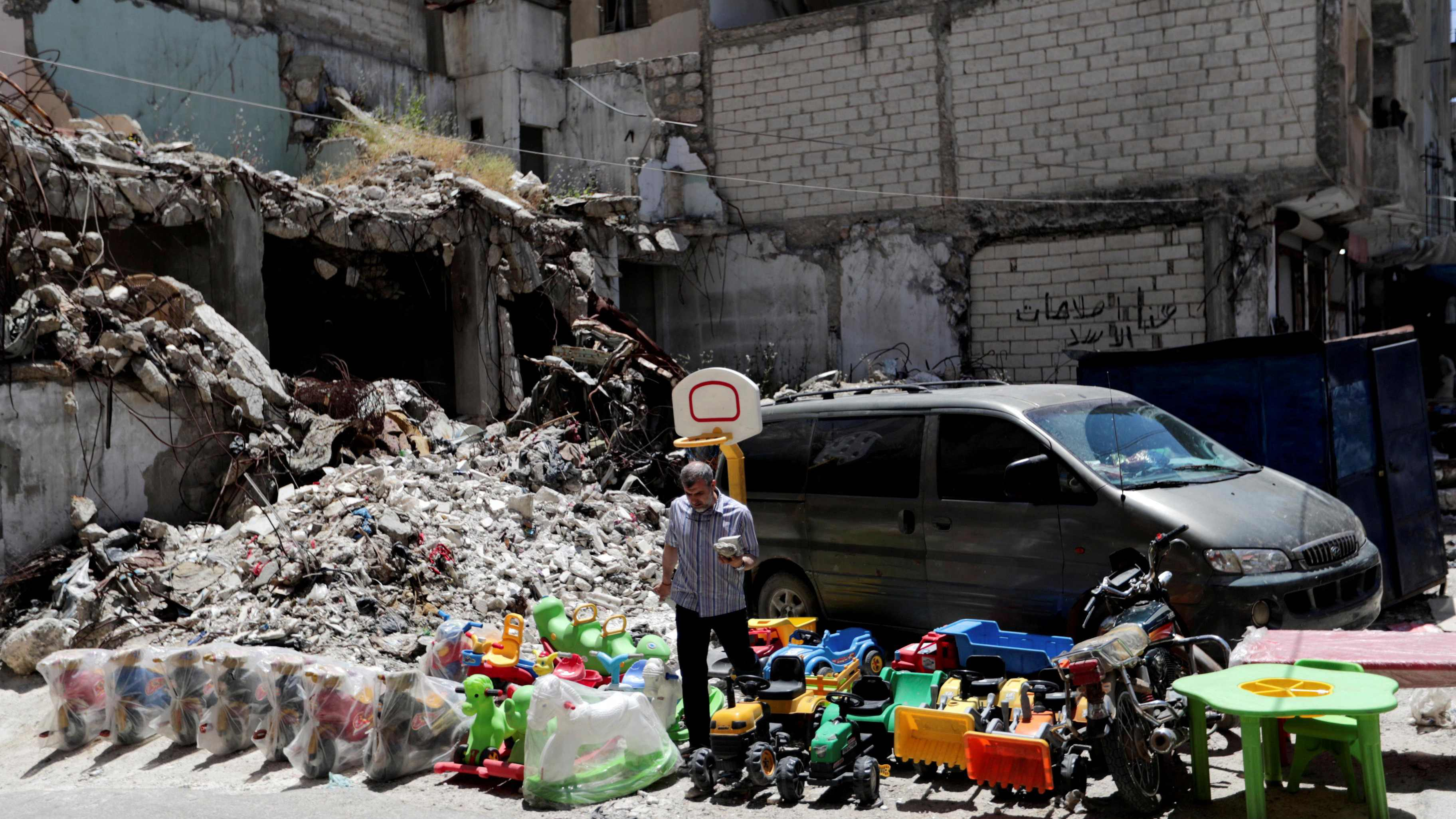 A street vendor sells toys next to the rubble of damaged buildings in the city of Idlib, Syria, May 25, 2019. /VCG Photo

A street vendor sells toys next to the rubble of damaged buildings in the city of Idlib, Syria, May 25, 2019. /VCG Photo

Cross-border humanitarian relief should be based on full respect for Syria's sovereignty, independence, unity and territorial integrity as well as the Syrian government's views, the Chinese Foreign Ministry said Saturday.

Geng Shuan, a ministry spokesperson, made the remarks when asked to comment on the UN Security Council vote on a draft resolution on the mandate renewal of a cross-border humanitarian relief mechanism in Syria. China and Russia voted against the draft resolution proposed by countries including Germany.

Cross-border humanitarian relief is a special relief method adopted under specific circumstances, which should be based on full respect for Syria's sovereignty, independence, unity and territorial integrity as well as the Syrian government's views, he said. It should be evaluated and adjusted in light of the developments on the ground, Geng said.

"Regrettably, the final texts are not in line with the above spirit, bringing serious difficulties for China," he said.

Geng detailed that the countries that proposed the draft resolution forcefully pushed a vote on them despite major divergences. According to him, they do not contribute to the solidarity and authority of the UN Security Council, nor do they help to improve the humanitarian situation in Syria.

China stands ready to, along with all parties, continue to work constructively toward the political settlement of the Syrian issue, which is the fundamental means of improving the humanitarian situation in Syria, he said.

China firmly rejects the groundless accusations made of it by some countries, he added.

"China cast its vote based on the merits of the matter itself and the fundamental interests of the Syrian people," said Geng, urging certain countries to earnestly reflect on their words and deeds since their wrong actions inflicted sufferings on the Syrian people.

The UN Security Council on Friday failed to adopt two rival draft resolutions on the soon-to-expire UN cross-border aid mechanism to the Syrian people, due to council members' divide on the length of its new mandate and the number of operating crossings.

The first draft put to the vote, produced by Belgium, Germany and Kuwait, received 13 votes in favor and two against. It was not adopted due to the two No votes from China and Russia, both veto permanent members on the council.

The other draft, prepared by Russia, received five votes in favor, six against and four abstentions. It failed to obtain the required number of votes in favor to be adopted.

The divide between the two drafts

Since 2014 the UN and aid groups have crossed into Syria from Turkey, Iraq and Jordan at four crossing points authorized yearly by the Security Council.

The Belgium/Germany/Kuwait text called for a re-authorization of three of the four border crossings for another year, until January 10, 2021; it would not re-authorize the use of the al-Ramtha crossing on the Syria-Jordan border.

The draft further requested the UN secretary general to conduct within six months an independent review of UN humanitarian cross-border and cross-line operations, including on the need to re-authorize the use of the al-Ramtha crossing.

On the other hand, the Russian draft only re-authorizes the use of the Bab al-Salam and Bab al-Hawa crossings on the Syria-Turkey border for six months, until July 10, 2020, while excluding re-authorization for use of the al-Ramtha crossing and the al-Yarubiyah crossing on the Syria-Iraq border.

Before the votes, German Permanent Representative to the UN Christoph Heusgen, introducing the troika draft, saying that of the more than 11 million people in Syria that are in need of humanitarian aid, four million depend on the cross-border mechanism.

He argued that both the UN Office for the Coordination of Humanitarian Affairs and the World Health Organization have said they need the al-Yarubiyah crossing to get the humanitarian aid into Syria.

Countering Heusgen, Russian Permanent Representative to the UN Vassily Nebenzia said that the cross-border assistance into Syria is only for one million, and not four million, citing a report by the UN secretary general.

Calling the troika draft "obsolete," Nebenzia said it fails to reflect the changes since 2014, when the mechanism was established under urgent circumstances when there were no other means for the delivery of humanitarian assistance to certain areas.

He noted that now many of those areas can get humanitarian assistance from within Syria, and that the crossing with Jordan had not been used for a long time.

China's Permanent Representative to the UN Zhang Jun voted against the troika draft and voted for Russia's alternative text.

Explaining his vote against the first draft, Zhang said that the Syrian government has the primary responsibility for improving the humanitarian situation in Syria, and "We should prioritize providing humanitarian assistance from inside Syria."

He stressed that humanitarian operation must respect the sovereignty and territorial integrity of Syria as the recipient country.

"We have always advocated that any operation should respect the sovereignty and territorial integrity of the country concerned," said Zhang, noting the Syrian government has the primary responsibility to improve the humanitarian situation in the country and "We should prioritize providing humanitarian assistance from inside of Syria."

He reminded the council that the cross-border aid mechanism was adopted under specific circumstances, and it should be evaluated in a timely manner in light of the developments on the ground. "This mechanism must be ultimately be adjusted."

After Friday's futile votes, the Security Council still has until January 10 to renew the mandate of the cross-border aid mechanism before it expires.