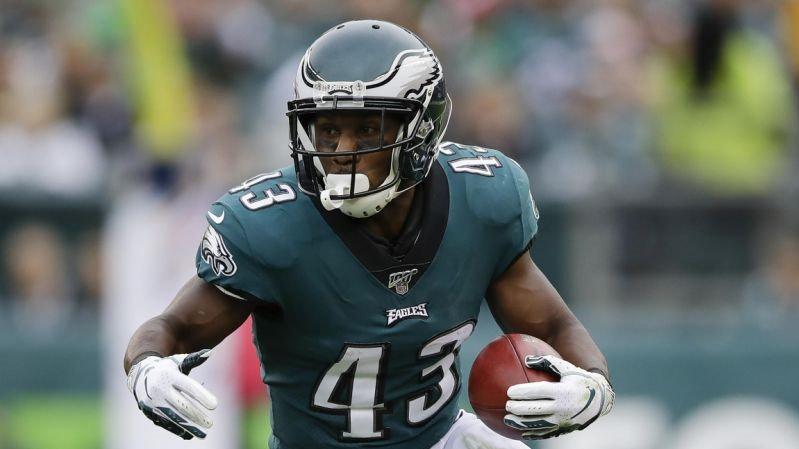 Darren Sproles, running back of the Philadelphia Eagles, in the game against the New York Jets at Lincoln Financial Field in Philadelphia, Pennsylvania, October 6, 2019. /AP Photo

Darren Sproles, running back of the Philadelphia Eagles, in the game against the New York Jets at Lincoln Financial Field in Philadelphia, Pennsylvania, October 6, 2019. /AP Photo

Darren Sproles is ready to say goodbye to American football after rushing for 14 seasons in the NFL.

"My body is telling me it's time to step away from the game," said the 36-year-old running back in a first-person farewell on the website of the Philadelphia Eagles on December 21.

Though he's only 1.68 meters tall, Sproles achieved over 8,000 scrimmage yards, 64 touchdowns and the 5th-most all-purpose yards in the league's history.

He was selected by the San Diego Chargers with the No. 130 pick in the 2005 NFL Draft. In 2011, he joined the New Orleans Saints and played one of the best seasons in his career. He rushed for 603 yards, claimed 710 receiving yards and got career high 10 touchdowns.

In 2014, Sproles joined the Eagles and started a three-straight-Pro-Bowl trip (2014-2016). Nonetheless, having suffered from constant injuries, he played a total of only 15 games in the next three years.

Though he did not play in the game, Sproles received a Super Bowl ring as the Eagles defeated the New England Patriots in Super Bowl LII on February 8, 2018.

Many sports are not friendly to small players and American football is no exception, Only Sproles himself knows how many mockeries he has received as one of the league's shortest players.

Nonetheless, he went through all that and became one of the most productive players in NFL history.

"I owe so much to the game of football and I gave it all I had in return. I gave it everything I had on every play. I rode it until the wheels fell off. That's the way I played and that's the way I practiced," posted Sproles.