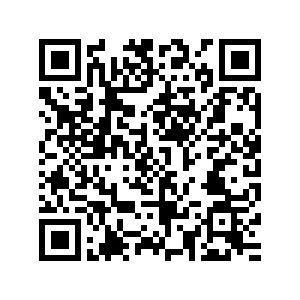 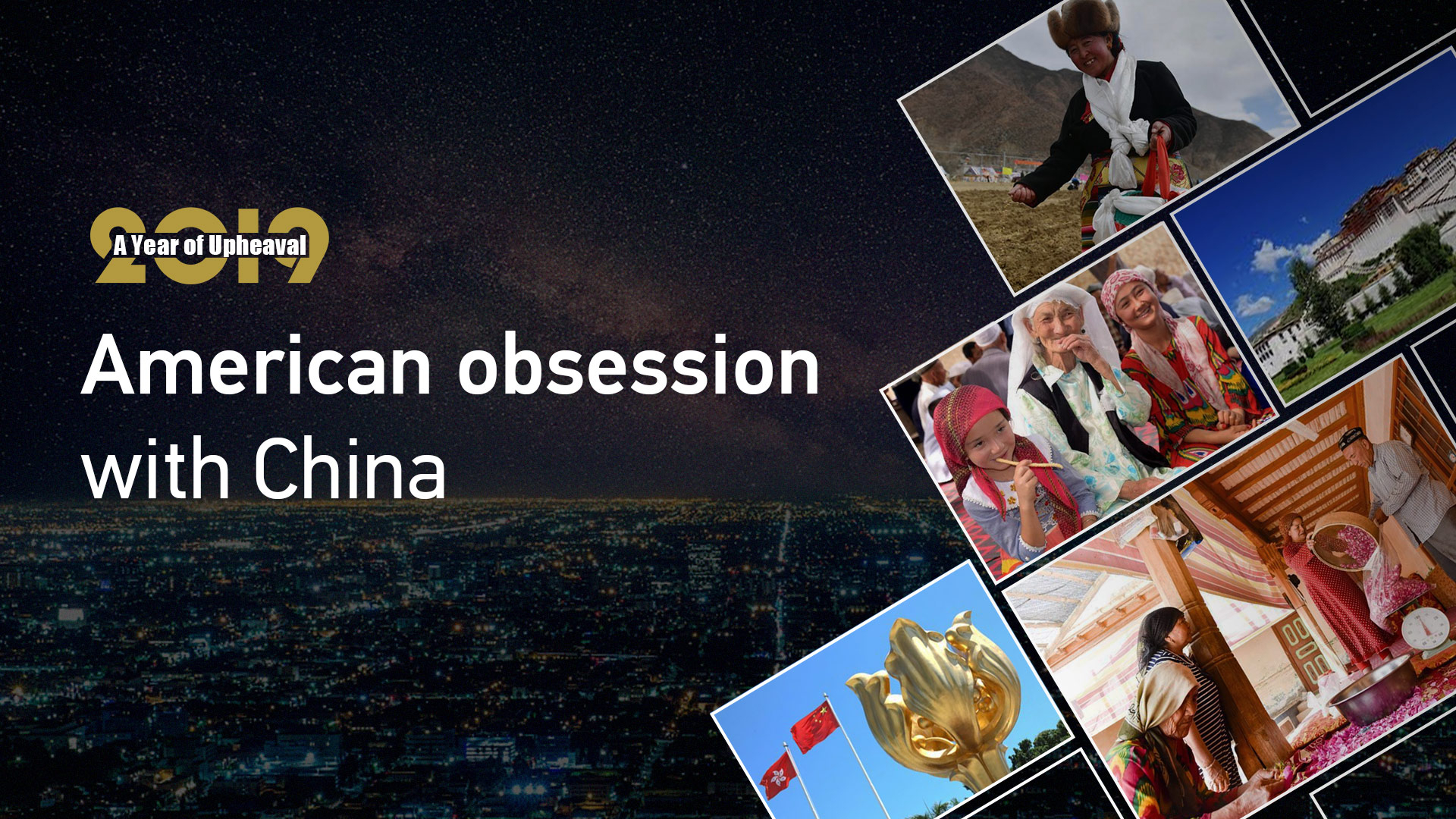 Editor's note: 2019 is a dramatic year, featuring events that changed the fates of millions around the world. As we move towards 2020, it's time to look back at the past 12 months and reflect on 10 of the most influential topics in China and beyond. Here is the fourth piece in our year-end series: the Sino-American relations. James Rae is a professor from California State University Sacramento. He was also a Fulbright Scholar at Beijing Foreign Studies University from 2017 to 2018. The article reflects the author's opinions, and not necessarily the views of CGTN.

Does the Chinese military operate overtly and clandestinely in over 130 countries in the world? Does the Chinese government launch interventionist wars, support regime change in sovereign UN member states, and promote the downfall of legitimate governments on a global scale?  Does China control the world's most powerful banks and international financial institutions? Is Chinese culture seen as permeating and threatening local and national traditions around the world? Are Chinese media companies able to dominate the global narrative and set the agenda for the world to follow? Does the Chinese government choose to interfere in the domestic social and political issues of other countries?

The answer is a resounding "No!" Of course, anyone easily recognizes this simple portrait of American hegemonic dominance in the contemporary world; a perch it has held for nearly three-quarters of a century.

The Sino-U.S. relations have long been precarious owing to the great gap in power between the two countries over the past two centuries of the bilateral relationship. For the American side, this is not the meeting of two equals. Indeed, they always intentionally or implicitly cast a downward glance at its Chinese counterpart, often dismissing the 5,000 year civilization history or becoming blinded by ideological animosity to the "people's republic."

U.S. Secretary of State Mike Pompeo declared in October 2019 that China should merely retain its "proper place" in world affairs, a sneering insult that harkens back toward statements made about the position of African Americans in the racially unequal period of segregation. This of course follows from former top State Department official Kiron Skinner suspiciously dismissing China's place in the world due to the racial composition of the Chinese people.

Of course, this is not the era when the U.S. declared China open for the taking in the 19th century and along with the Europeans practiced extraterritoriality on the Chinese mainland, plundered the nation's treasures, sent thousands of missionaries to sway Chinese people from their traditional beliefs, or fought military battles against Chinese protesters like the Boxers. This may not be the U.S. policy of intervening in an internal civil war against the more popular side, later setting up a permanent military defensive position in China on the island of Taiwan and threatening to go all the way to Beijing in the Korean War. This is not sending covert military aid to Tibetans in China beginning in the 1950s. 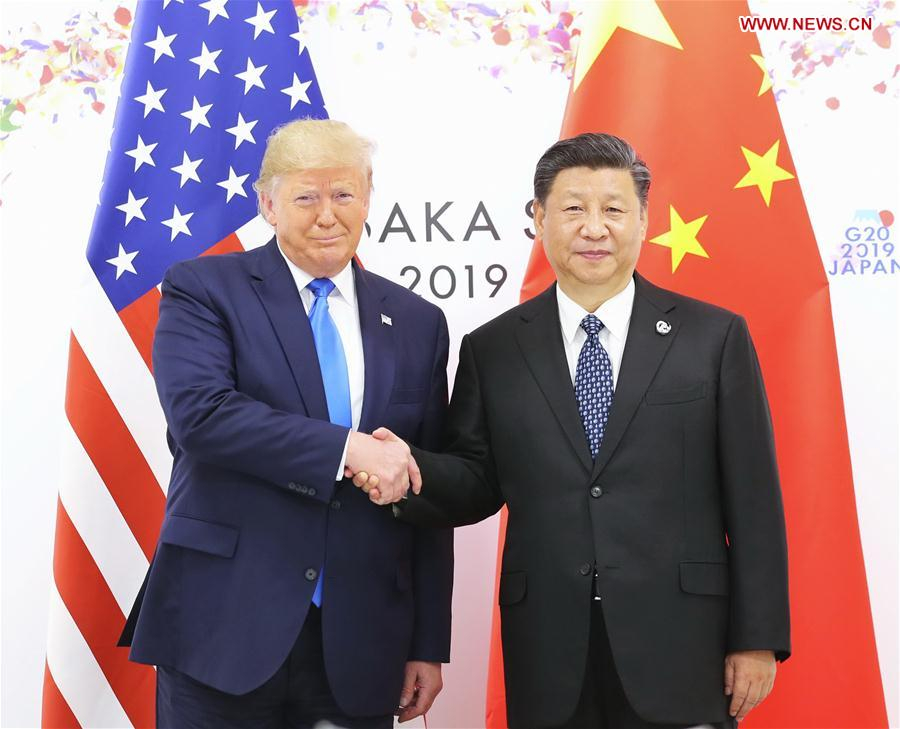 No. Today the United States has merely launched a trade war against China, strategically encircled the Chinese mainland with a military and diplomatic offensive framing some islands of the South China Sea as a Maginot line, and maintained a constant cyber intrusion into China for intelligence purposes.

So, what do we make of the American proposed or enacted laws of 2019 related to China: the Hong Kong Human Rights and Democracy Act, the Uygur Human Rights Act, the Uygur Intervention and Global Humanitarian Unified Response Act, and the Tibet Policy and Support Act?

The United States has never been able to keep its hand off China, and since assuming the dominant position in global affairs after World War II has not tolerated resistance from any quarter. Maintaining the "One country, Two systems" policy in Hong Kong is challenging, preserving the unique cultural heritage of the Tibetan plateau amid the influx of tourism and globalization is challenging, so is providing safety and security in the Xinjiang Uygur Autonomous Region, where dramatic acts of terrorism have occurred is challenging.

Indeed, China's policies toward maintaining internal security sometimes may not be so productive. Nevertheless, China is advancing in many sectors, but it is still a country developing and modernizing with the enormous task of satisfying the wants and ambitions of 1.4 billion people and a nation with a history of foreign adventurism.

Yet it would be a grave mistake to imagine these "human rights" laws are disconnected from the larger American strategic ambition to contain, constrain, or restrain China. They are political attempts to foment instability inside China, prevent China from being accepted as an equal player in world diplomacy, and undermine attitudes toward China around the world.

Today's American interventions are more sophisticated and manufactured through information campaigns in concert with more traditional tools, but they still reveal arrogance toward prevailing norms of non-interference and toward the nation of China itself.