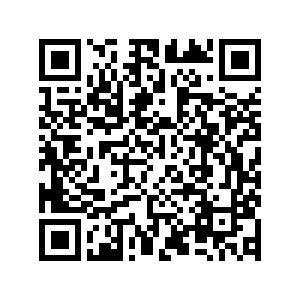 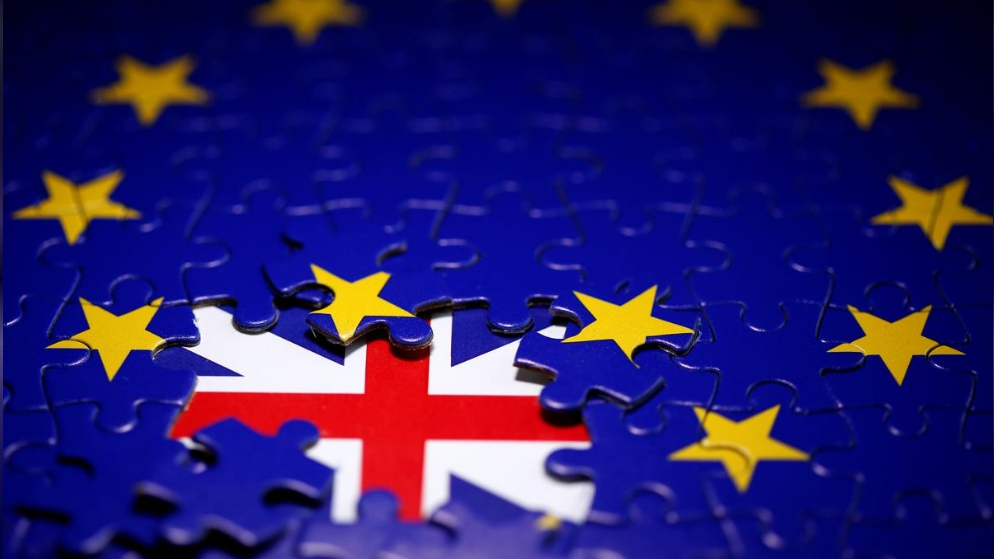 Puzzle with printed EU and UK flags is seen in this illustration, November 13, 2019. /Reuters Photo

Puzzle with printed EU and UK flags is seen in this illustration, November 13, 2019. /Reuters Photo

Editor's note: Kerry Brown is director of the Lau China Institute at King's College London. The article reflects the author's opinion, and not necessarily the views of CGTN.

The victory of the Conservative Party led by Boris Johnson on December 12th elections in the UK means that, barring completely unexpected events, the UK will leave the European Union on January 31st. Indeed, legislation to achieve this passed in the House of Commons in parliament on December 20th. Nearly four years of conflict and struggle since the outcome of the June 2016 referendum are coming to an end with Britain's exit from an organization it has been a member of since 1973.

Johnson declared on the morning after his victory that the exit would also mark a period of healing. In the sense that, with a very clear majority in parliament he can now direct things in ways that his predecessors, Cameron and May, never could, and the UK will become a more stable player. It will have a government able to say what it intends to do, and do more about achieving this. Underestimated and looked down on by most of his contemporaries, Johnson was given a massive boost with the electoral outcome.

In politics, everywhere, there is always a huge "but." In far more favorable and less complex times, in the late 1990s, Labour's Tony Blair won a far more convincing majority. But he was unable to achieve some of this key aims, from full reform of the House of Lords to an overhaul of the National Health Service. Blair was a far more talented and likable politician than Johnson, and one who appealed to a far broader swathe of the population. Johnson has surprised people so far with his political ruthlessness and skill. The question is whether he really has the depth and vision to be able to fulfill the many promises he has made over the last few weeks.

Brexit in terms of being an exit from the EU at the end of January is one simple act. In some ways, this is the easy party. Once the bells start tolling, as his government has promised Big Ben will on midnight on the evening of January 31, they will send out a number of signals. The race to achieve a trade deal with the EU in the very short space of one year will be one. That may well prove very difficult, to impossible. Then all the challenges of a no deal arrangement rear their heads again. 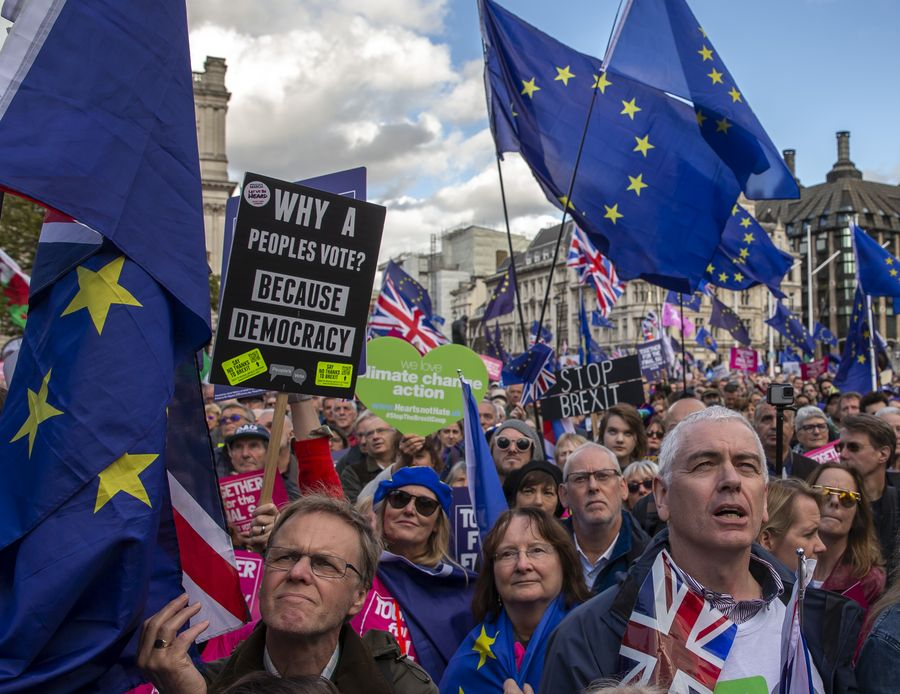 People take part in the "Together for the Final Say" event at the Parliament Square in London, Britain, Oct. 19, 2019. /Xinhua Photo

People take part in the "Together for the Final Say" event at the Parliament Square in London, Britain, Oct. 19, 2019. /Xinhua Photo

And despite the mandate he got in December, the stark fact is that he faces a country deeply divided, along a number of worrying lines. Scotland is now almost wholly under Scottish Nationalist control. Their leader, Nicola Sturgeon, has already requested a second referendum, for independence, ending the three centuries union between England and its northern neighbor.

With England, the overwhelmingly most enthusiastic supporter of Brexit, there are divisions between north and south, city and province, and age groups. Johnson will not figure as the healer for many of these people, as he will be seen as the person with a high degree of responsibility for leading to the instability that the UK has been experiencing since 2016.

If Brexit goes well, and leaves the economy and the rights that people enjoy intact, it is possible that through sheer exhaustion, public opinion will move on to other issues. This would be one of the better outcomes. The UK's public services have been decimated by ten years of austerity. Its health service is closer to breaking point than ever before, with targets for Accident and Emergency wards being missed just the day after the election, across the whole country. Infrastructure and housing are all in need to significant further investment.

None of these bread and butter issues has been properly addressed in the last few years, as the mission, carried on almost to an obsessive level, to leave the EU has continued. May's government was consumed and ultimately overwhelmed by this. Johnson may fare better. But with stagnant growth, and political discourse in the UK so tainted by the fights in the last few years, it will take a level of political performance never before seen from this generation of leaders.

The darker scenario would see the UK break up, growth flatten and then fall, and division deepen so that anger across the public rises. The UK will be marginalized and become a small island at the edges of Europe, rather than the global hub Johnson talks about.

This would be a sad fate and one that everyone now has a responsibility to avoid. Johnson is a divisive figure, but an energetic one. He has pulled off one huge coup on December 12. He may have the ambition to pull off another as the UK seeks to make a success of Brexit.

What is for sure is that if he falters, and fails in this, he will face an unforgiving Party and public. Let's hope, for his sake, as well as the UK's, he can surprise everyone again. Otherwise, he may well remember this election not as the beginning of his great career as a leader, but as the first act in a tragic demise.