Allegedly missing Uygur: Why would they say this about me?
By Tao Yuan 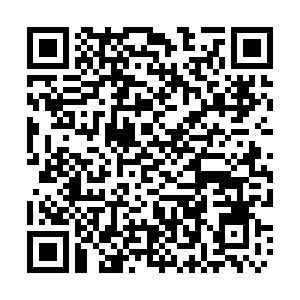 For the past half year, 23-year-old Halinur has been working in a restaurant in her hometown, a city called Turpan in China's northwest Xinjiang Uygur Autonomous Region.

In a few months' time, she has been promoted from a waitress to a cashier. The owner of the restaurant is now asking whether she wants to buy a share of the business. She hasn't felt so hopeful in a long time.

Then, something perplexing happened and her routine life was disrupted.

In the past few weeks, an online campaign has emerged on Western social media to find allegedly missing Uygurs in Xinjiang. Under the hashtag #StillNoInfo, some organizations and individuals claimed their family members or friends have vanished after China announced the graduation of all trainees from a de-radicalization training program.

Halinur was among "the missing."

Her cousin's husband Abdullah Rasul tweeted on December 13: "Where is my mother in law and her family members?" with photos of each member he claimed to have disappeared.

"I was so shocked when I heard about this," said Halinur. Local public security officers approached her a week ago to confirm whether the photo of the woman in Rasul's post was her. She quickly recalled the photo. "I took it to try the camera resolution of a new computer," she said.

"I've always been in Turpan, alive and well," she said. "Why did he say that about me?"

Halinur was sent to the de-radicalization program last year for being incited into religious extremism.

Her aunt and four cousins cajoled her into wearing a burqa when she visited them after graduating from junior high school. China prohibits wearing a burqa, as do more than a dozen other countries including France and Belgium.

They also convinced her that girls had no place in schools, and that their role was beside their husbands. So Halinur quit school early, got married and had her first child when she was only 18.

Her aunt is now being tried for forming and leading a terrorist organization.

"What I regret the most is quitting school," said Halinur, adding she looked with envy now at some former classmates who are now studying toward a master's degree or starting their own businesses.

"I wish I could've done that," she said. "But now I'm the mother of two children." Her mother helped take care of the children, a five-year-old girl and a three-year-old boy, while she was in the training center. "That's where I learned to speak Mandarin well," she said proudly, "because I didn't get much formal education," she reiterated. She said the language skill helped with her with her job.

Halinur recalled how her cousin-in-law moved abroad with his wife some time around 2016. She said she wasn't exactly close to him, only having met several times. "I didn't even attend their wedding," she said, adding they've lost touch.

"If I could get in touch, I'd love to find out what they were thinking," she said. "I think about why they said that. Would it bring them benefit? Or were they under coercion? But who would coerce them?"

According to unofficial estimates, missing people's posts like the one Halinur was subject to involve around 200 Uygurs.

CGTN is working to track down more allegedly missing people with the help of local public security departments and facial recognition technology.

But Halinur's story raises the question: How many more of these posts are false allegations?

But we caught Halinur video-chatting with her two children. They are now living with Halinur's mother in their home village, a 15-minute motorcycle ride away from the restaurant she now works at.