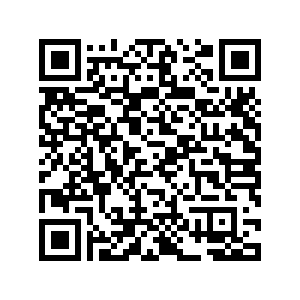 So how much do you really know about deserts? I guess the words that come to mind would be dry, desolate places where almost nothing grows and life is at risk and so on. And some clips filmed in deserts from some Hollywood movies might also cross your mind, with a typical plot involving someone getting lost and dying of thirst, even if you are amazed at how beautiful the desert view is.

Well, after I visited the desert of Kubuqi last year and the Tengger and Badain Jaran deserts this year, I have to say I don't like these wastelands at all. They might look beautiful in some way but it's more about horrible things, like how they encroach on people's homes and threaten lives.

Unfortunately, human activities have caused serious desertification which threatens the whole planet. But just like Marvel's superheroes, there are always people willing to take on the challenges. 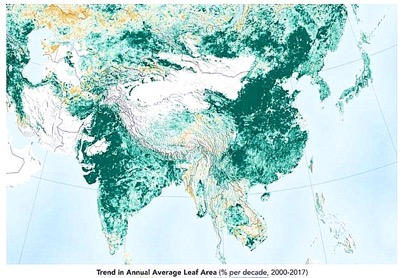 In February, a new study based on NASA satellite data revealed that China and India, two developing countries and the world's most populous nations, are the leaders in greening the globe. And research from Boston University says China has contributed 25 percent to the increased greening areas across the globe and its reforestation is responsible for 42 percent of the increase. So how did China do this?

When I visited Gulang County in northwestern Gansu Province, I heard a heartbreaking story. A black sandstorm swept across the region on May 5, 1993, claiming the lives of 23 children who were on their way home after school.

Guo Wangang, 67, told me, "If we can't even protect our kids, how are we supposed to live? So we made up our minds to continue our fight against the desert." 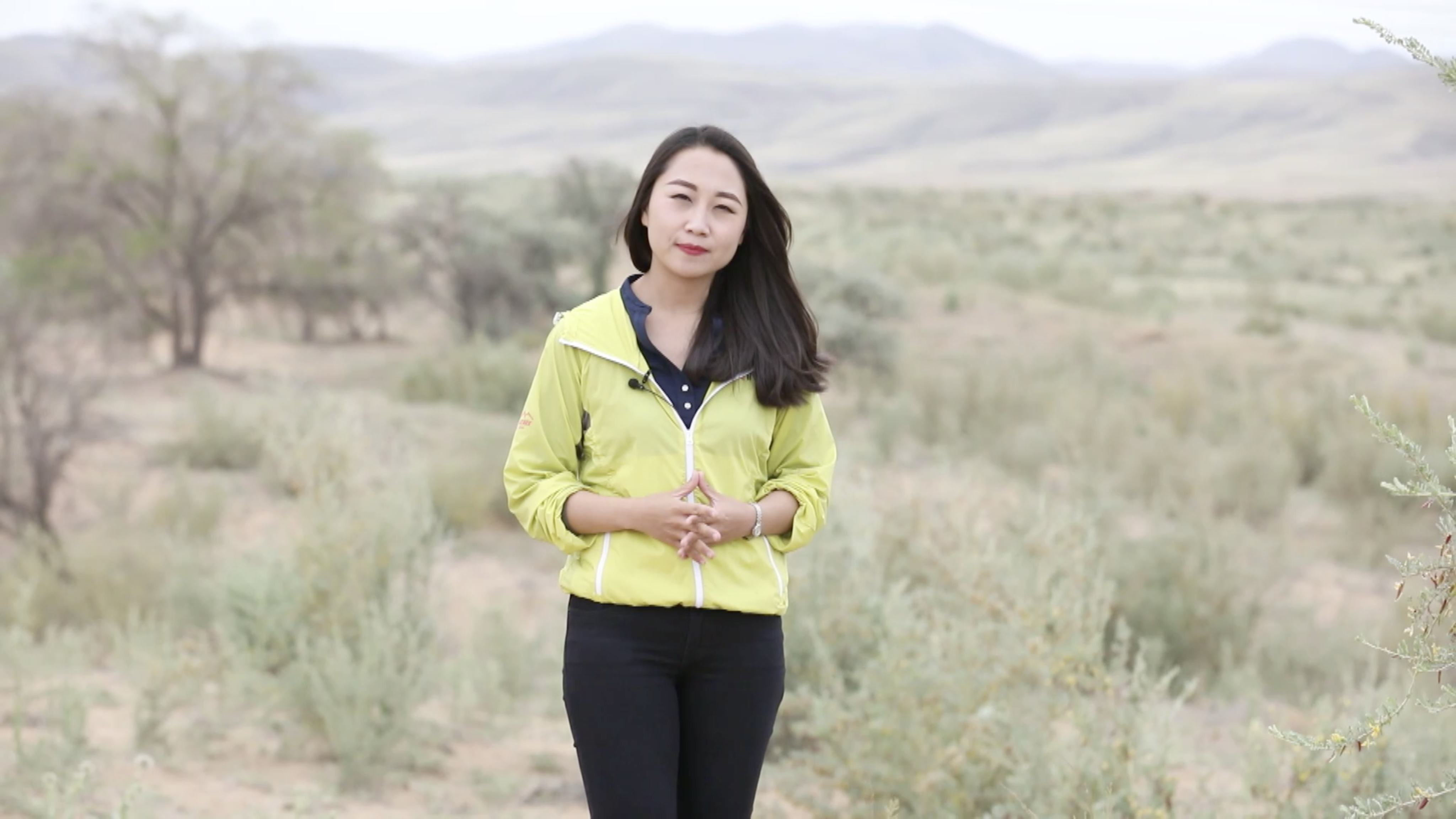 Guo's father was one of the six men who "fought against the desert" in the early 1980s at Babusha Tree Farm, which is located to the south of the Tengger, the fourth largest desert in China.

With an average age of 50, the six men worked hard, and it's paying off. The desert has slowly turned green. After they died, their sons and their grandsons took over the laborious job. Zhang Runyuan is one of the six men who started to plant the trees in the desert 38 years ago in Gulang, Gansu. /CGTN Photo

Zhang Runyuan is one of the six men who started to plant the trees in the desert 38 years ago in Gulang, Gansu. /CGTN Photo

Now four decades have passed. The six men and their descendants have planted 40 million trees, covering an area of nearly 250 square kilometers. A strong green belt has formed, protecting the railways, roads, farmlands and the villagers' homes and ensuring an even brighter future.

From Gulang County, we kept driving for about 150 kilometers to the north and arrived in Minqin County, one of the world's driest regions and another major source of sandstorms in China. We were about to visit Qingtu Lake, once a beautiful lake dating back over a thousand years, but which dried up in 1959 due to desertification. 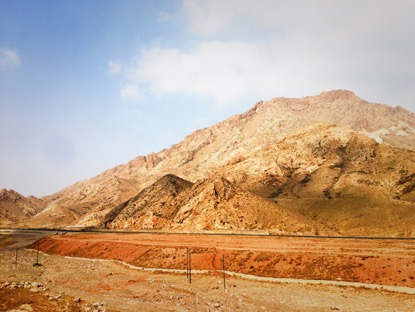 There, I met 76-year-old Zhang Shangcun, who has lived near the Qingtu Lake since he was born. He told me about life before and after the lake dried up. "When I was a child, the water was much deeper and the reeds looked lusher than now. But the water ran out gradually and our life became difficult, with less water to drink and no crops growing.” 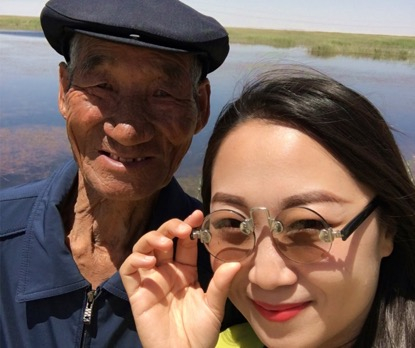 Qingtu Lake is at the end of the Shiyang River, which is the mother river of local life. To the east of the lake is the Tengger and to the northwest is the Badain Jaran.

It used to be the biggest lake in the county. But excessive water exploitation along the Shiyang River caused environmental deterioration. Thus the Qingtu Lake dried up in the 1950s resulting in a link-up of the two deserts to create a desert line as long as 13 kilometers. The whole county was being engulfed since and more green lands were being threatened.

Starting in 2007, a series of water-saving measures have been adopted in both urban and rural areas to try to reverse the trend. More than 3,500 pumping wells have been closed and 1,300 square kilometers of farmland have adopted water-saving irrigation.

In 2010, with the discharge of water from the upstream reservoir, the lake resumed a water area and formed a wetland, which will arrest the deteriorating environment and improve it. 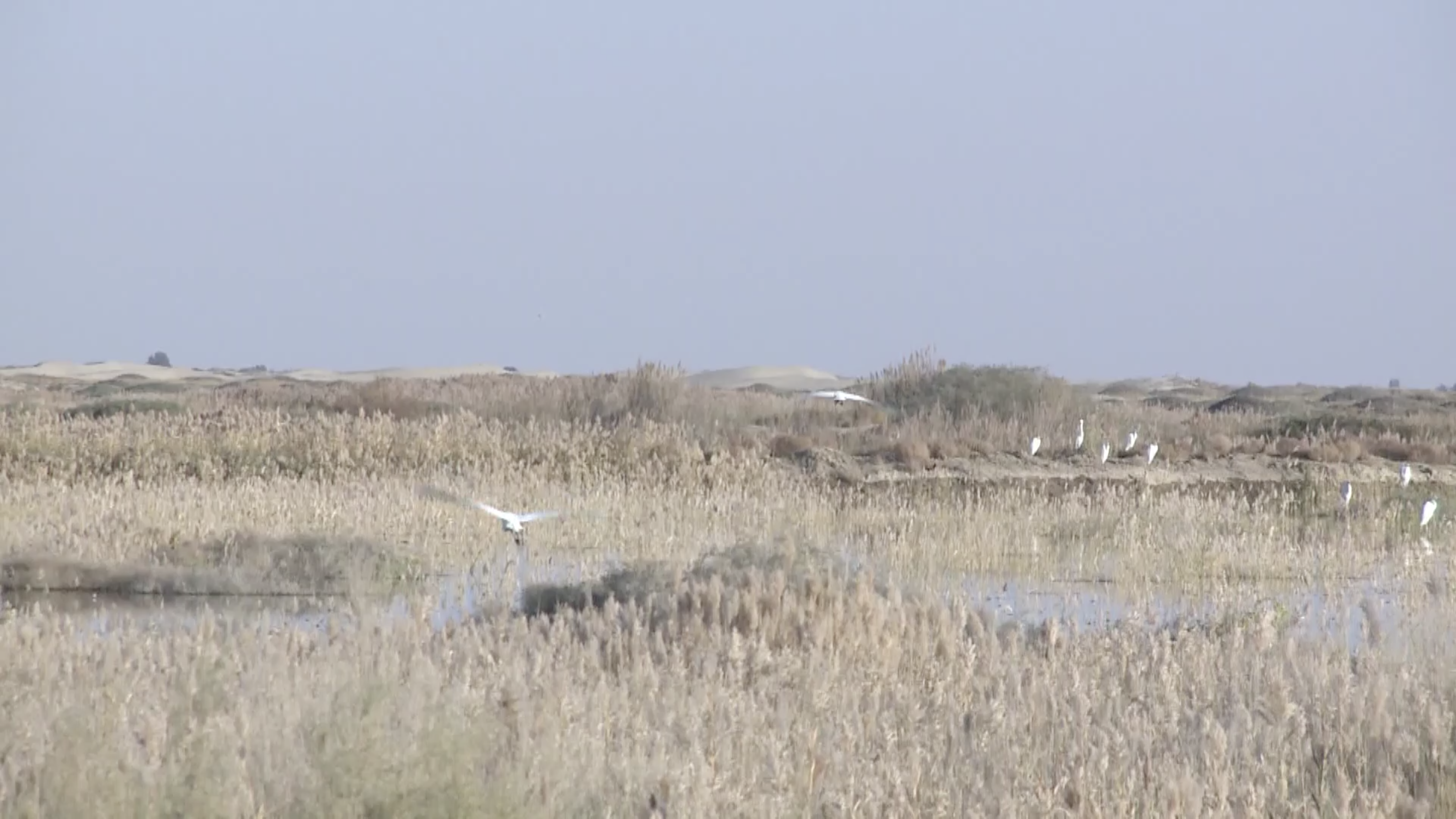 Looking at the beautiful lake, Zhang Shangcun smiled. "Now the lake has stopped the desert. We can farm again and life has turned better," he said.

But how are urban people adapting to a desert far from them? About 1,400 kilometers away from Gansu Province, in Beijing, I saw something different. Geng Geng is turning virtual trees into real ones, simply by walking every day.

So far the 27-year-old Geng has turned ten virtual trees into real ones. He's one of few people from the county to achieve that. 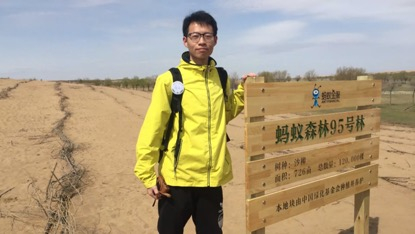 Geng Geng went to Inner Mongolia to check the real trees against his virtual ones. /CGTN Photo

Geng Geng went to Inner Mongolia to check the real trees against his virtual ones. /CGTN Photo

"I choose green travel every day to collect virtual green energy via the 'Ant Forest' program. In the past, I barely walked. But now I walk as much as possible. It's healthy and also rewards me with virtual green energy. In 2018, I went to the Inner Mongolia Autonomous Region to check my real trees. It was impressive," Geng said.

Open your Alipay wallet and you will find the Ant Forest program. It translates your low-carbon activity into what's called "virtual green energy." Once you've generated enough of this, you qualify for a real tree. Some green public welfare organizations hire some local herdsmen to plant your real tree.

The Ant Forest program was launched on Alipay by Ant Financial Services Group in August 2016. The program has since attracted 400 million users and more than 50 million real trees have been planted.

Alipay has been providing financial support to help run the program annually, whilst it's also providing much-needed jobs in a highly underdeveloped area.

Several days later, I arrived at the Tengger Desert in Alxa Left Banner of Inner Mongolia Autonomous Region. There I saw some real Ant Forest and got to know a herdsman, Nie Yusheng, who is one of the planters.

Nie's family used to earn a paltry annual income from livestock-grazing. But the program has allowed them to live much more comfortably of late. "My life has improved a lot. We make much more money now. We bought a car and various home appliances that we need," Nie told me.

All these stories are just a few examples of how China is greening the planet. I was deeply touched and amazed at how all these ordinary people are devoting their lives to tree planting or leading a green lifestyle persistently. What they think about is not about being heroes and saving the world, but about simply protecting their homes and people they love. It has suddenly dawned on me that it is love and has always been love that keeps the planet breathing and keeps us alive. What do you think?