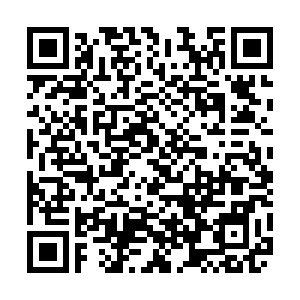 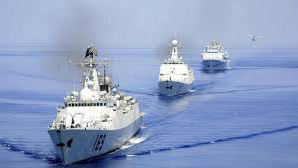 December 26 marks the 11th anniversary of the People's Liberation Army (PLA) Navy's escorting missions across the Gulf of Aden and the Somali Basin. On December 23, 2019, China dispatched the 34th fleet to waters in the Gulf of Aden, off the Somali coast. That's almost 11 years after the mission started in 2008.

On December 26, 2008, a three-ship fleet set sail for the Chinese navy's first overseas deployment and soon joined in the multinational patrols to combat pirates in waters off the coast of Somalia.

During the past decade, China's military presence has stirred Western concerns, but what has China brought to this world, and how should we view China's role in a multinational mission to safeguard maritime security?

Zhou Bo, a senior colonel in the Chinese Ministry of National Defense, said, "If you assess military strength, China is very much unique. It is growing to one of the strongest. But at the same time, China's rise has been peaceful."

Talking about the incentive for the Chinese navy's engagement, Zhou, who was then also chief coordinator of the PLA for the relevant escorting consultations, said the direct answer is "piracy."

"When the international community called for counter-piracy operations, China decided to take on this opportunity to show its international responsibility by sending from then on non-stop naval fleets to the territorial waters of Somalia and Somali Basin," he said. More than half of the escorted ships are foreign vessels

"Piracy in the Gulf of Aden and Somali Basin has been basically eradicated," said Zhou, adding that "more than half of the ships the Chinese navy escorted are actually foreign ships."

In the 11 years, more than 100 Chinese destroyers and frigates have escorted over 6,700 Chinese and foreign ships, and rescued over 70 ships in danger. The Chinese naval fleets have protected 3,400 foreign ships, which is around 51.5 percent of the total number of escorted ships, according to a Ministry of National Defense statement released earlier this year.

The Chinese navy also engages in missions in other parts of the world. In 2015, when a civil war broke out in Yemen, a Chinese naval fleet consisting of three vessels helped evacuate 683 overseas Chinese and 279 foreign citizens from 15 countries.

In December 2014, a Chinese fleet delivered 960 tons of fresh water to 150,000 people in the Maldives. By April 2019, as part of the fleet, the naval hospital ship Peace Ark had traveled to 43 countries and regions and provided medical services for over 230,000 people.

"None of these were envisioned in the beginning. This is humanitarian aid. When the Chinese navy was there, they just did what was needed," Zhou said.

This year also marks the 70th anniversary of the founding of the PLA Navy. In 2017, Chinese President Xi Jinping envisioned that the modernization of the national defense and armed forces would be mostly completed by 2035 and that by the mid-21st century, the military would be fully transformed into a world-class force.

"You have to cooperate with other countries and let them also become like you, a shareholder in safeguarding the security of the world," he said.

According to the Chinese Ministry of National Defense, the Chinese navy has exercised joint drills with more than 20 countries, fulfilling escort missions, anti-piracy operations and international humanitarian assistance. The navy has paid 103 visits to 63 countries so far.

"The Point with Liu Xin" is one of the main current affairs programs on CGTN. The 30-minute program comments on global news through Liu Xin's unique perspective. "The Point with Liu Xin", who has two decades of experience as a news anchor and overseas correspondent, connects global audiences through social media, enhancing their participation and offering a comprehensive perspective on world events.