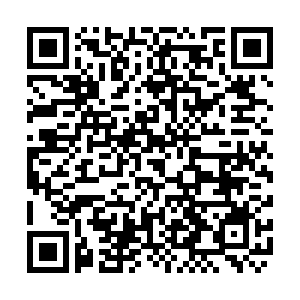 The satellite system is one of the only four Global Navigation Satellite Systems (GNSS) worldwide, with the other three being the United States' GPS, Russia's GLONASS and the EU's Galileo.

Currently, all 24 medium Earth orbit satellites which are the tools for global satellite services have been put in place, with the last two launched on December 16. Therefore, the core constellation of BeiDou System 3 (BDS-3)  for global services has been completed.

At the present stage, BDS-3 can provide seven kinds of services. Besides the basic positioning, navigation and timing (PNT) service that is provided by all GNSS, BDS-3 can provide six unique services, including satellite-based augmentation, precise point positioning, regional, and global short message communication, ground augmentation and international search and rescue.

Together with BDS-2 which is mainly designed for regional services, BDS-3 will drive the growth of the relevant industry in China. In addition to direct BeiDou products, such as navigation chips and antenna, BeiDou services have been used in a variety of fields, such as transportation, farming and fishing, telecommunication and public safety. New sectors such as E-commerce, smartphones, and wearable devices are also actively integrated with BeiDou. For example, it's reported in 2019 around 70 percent of smartphones in China use BDS.

By the end of 2018, the value of output of China's satellite and domestic satellite navigation sector was over 300 billion yuan (43 billion U.S. dollars), among which 70-80 percent were related to BeiDou System, according to Ran Chengqi, Director General of China Satellite Navigation Office, at a press conference on December 27 in Beijing.

"For 2019, the value of output is predicted to be around 340 billion yuan (50 billion U.S. dollars). In a period in the recent future, it's likely to keep an annual growth rate of 20 percent, especially with the advent of 5G," he said.  "The government has provided this platform so that companies can perform on it. We hope businesses can actively take part in the BeiDou System industry chain."

BDS-3 is designed to be a global product. By the end of 2019, BDS-3 products are being used in over 120 countries. China and the U.S., China and Russia have signed related agreements on GNSS collaborations. China and the EU keep active communication on relevant matters.

"BeiDou has achieved very good results in some neighboring countries," said Ran. "In fact, many countries are very proactive in using services by BeiDou System."

The achievement did not come easy. Across China, more than 400 organizations and 10,000 researchers have been involved in the development of BDS-3. The research and development process started as early as a decade ago in 2009. Not to mention the period between 1994 to 2012 when China developed BDS-1 and BDS-2.

One of the goals of BDS-3 is to be a world-first-class GNSS, offering services and products to users around the globe.

By June 2020, after launching two more satellites, the entire BDS-3 system will be complete. It will mark the start of a new phase and China will continue its journey from there – to improve the system to achieve an even more robust system by 2035.