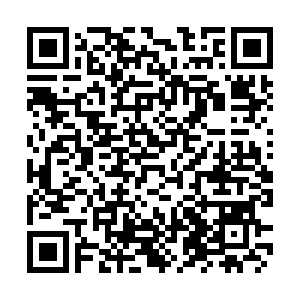 The winter fishing season has begun once again at Chagan Lake in northeast China's Jilin Province where Mongolian fishermen have conducted the same annual routine for centuries. Today, residents of this area who are dubbed the last fishing tribe in northeastern China still use centuries-old techniques to catch fish from frozen water. For them, the primitive way of ice fishing is a treasure handed down by their ancestors enabling them to make a living from nature.

But for 57-year-old Zhang Wen who has decades of experience as a fishing crew leader at Chagan Lake, while still carrying on the old custom, he said he has witnessed significant changes taking place. Unlike in the 1960's when overfishing almost destroyed the lake, these days locals realize that fish is not the only gift from nature.

As the winter fishing festival has been gaining increasing fame, throngs of tourists interested in seeing the spectacular event have been attracted to the area — some will bid for a big fresh fish right on site, and some are happy to pay for fresh fish cooked at local restaurants. That has been pouring more tourist money into services like catering and accommodation, bringing new opportunities and extra cash to local households.

"We used to live on the weather, but now tourist revenue has grown by 130 percent from last year. People's earnings have also gone up," said Zhang.

The boom in visitor numbers is now making the fishermen's daily routine an internet buzz, further promoting Chagan Lake to a wider market. Shan Junguo, CPC committee secretary of the fish farm, told us that fishery used to be the main business at Chagan lake. "But now fishing-related cultural industry as well as fine processing of fish and other agro-products are gradually developing as Changan Lake gains more popularity."

China has heated up winter economy, as President Xi calls for giving a full play to the region's special assets of green hills, clear water, as well as ice and snow. Now under the principle of high-quality development, with new infrastructures and policies in place, those living near Chagan Lake are ready to take full advantage of its precious cultural and natural resources.