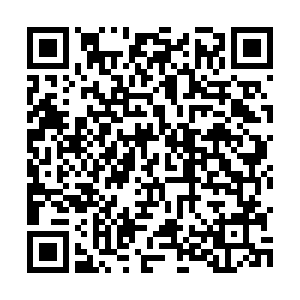 On Saturday, China's top legislature voted to adopt a law on the promotion of basic medical and health care in Beijing. The diploma is the country's first fundamental and comprehensive law on basic medical and health care. Lawmakers approved the law at the end of a six-day bimonthly session of the National People's Congress Standing Committee. The law will take effect on June 1, 2020.

The law bans any organization or individual from threatening or harming the personal safety or dignity of medical workers, stipulating that their personal safety and dignity shall not be infringed on and that their legitimate rights and interests are protected by law. A recent incident at the Civil Aviation General Hospital gathered public attention and generated several discussions on social media platforms.

Yang Wen, who was working in the emergency department at Civil Aviation General Hospital, was stabbed by a 55-year-old man at 6 a.m. on December 24, 2019, due to his dissatisfaction with the emergency treatment given to his 95-year-old mother by the doctor.

On Tuesday, Beijing Municipal Security Bureau Chaoyang released a statement on Weibo, which said a man surnamed Sun Wenbin, 55, stabbed the doctor Yang Wen at the Civil Aviation General Hospital around 5:55 a.m. on December 24, 2019. The man was detained on the spot and remains under arrest for further investigation.

On early Wednesday at 2 a.m., the hospital said in a statement on Weibo that Yang sustained serious wounds to her neck and all the necessary steps to save her life were being taken. The Beijing Municipal Health Commission organized a team of medical experts from several top Beijing hospitals, such as Peking Union Medical College Hospital and China-Japan Friendship Hospital, to assist in those efforts, but she died on Wednesday morning.

On the same morning, the Chinese Medical Doctor Association released a statement saying: "We are beyond fury and strongly condemn the atrocity and we hope a safety net is being built so incidents of violence against doctors and nurses will not happen again." The association said it hopes society will work together to ensure medical staff is not harmed while practicing medicine. 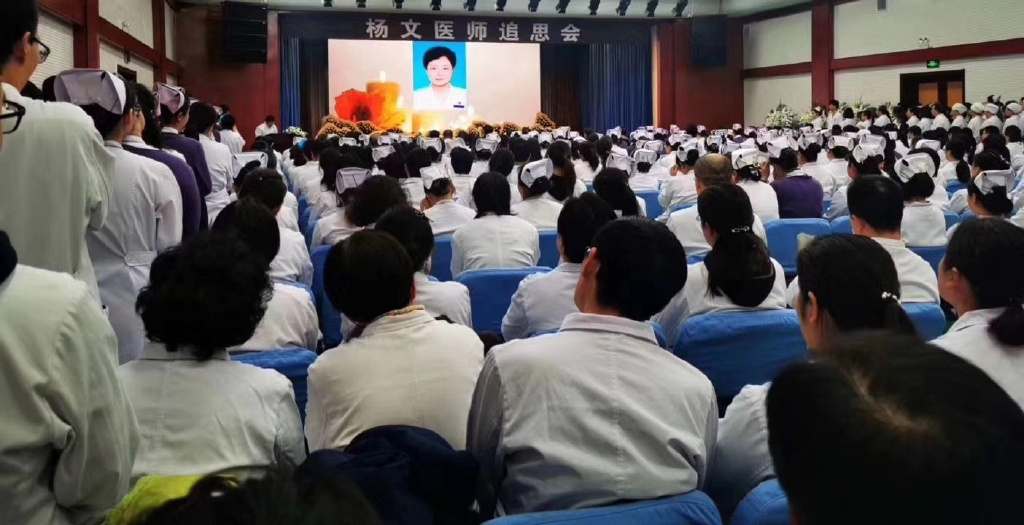 According to media reports, the relationship between doctors and their patients in China has been smeared by growing tensions, and medical disputes and incidents seem to be increasing. On July 12, 2018, at a Tianjin Hospital, Dr. Li Yanjun, 47, was killed by three criminals. In October the same year, a video showed that a doctor working at Peking University First Hospital was beaten by a patient's relative. The video fast spread through the Internet. February 18, 2014, at Yi County Hospital of Hebei province, while Dr. Li, a general surgeon, was consulting a patient when his throat was slashed suddenly by a former patient.

Only in 2018, there were at least 12 medical incidents involving violence and the death of two medical  workers. 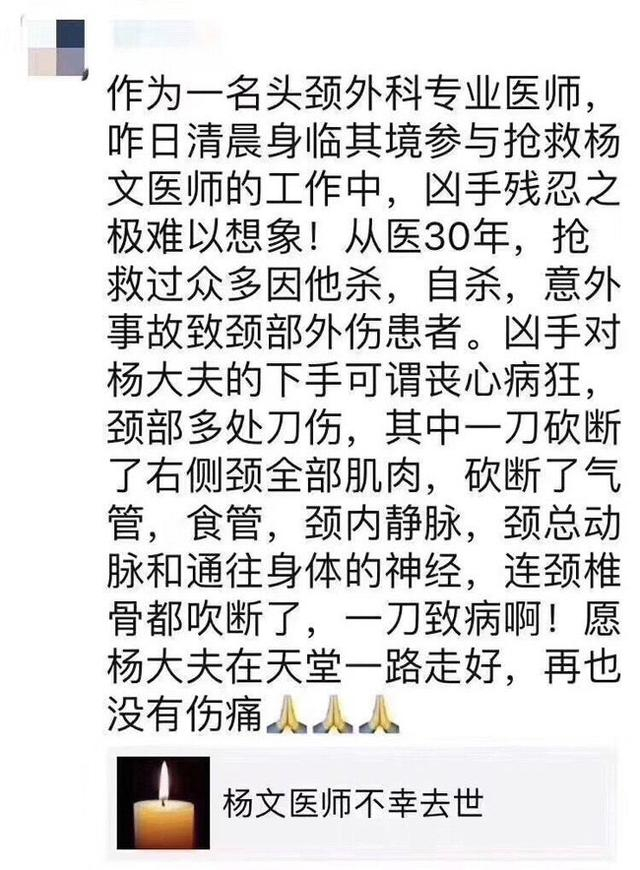 In China, violence against doctors has several reasons. However, one of the most important is the shortage of doctors compared with the substantial number of patients.

Medical programs require many years and, sometimes, many graduates from medical school give up on future careers as doctors, because is a stressful profession.  It’s not unusual for doctors to work twelve hours per day, most of which standing and walking. Besides, many doctors, especially surgeons and other specialty physicians, carry the life of their patients on their shoulders.

Although violence against doctors and other health workers is not common, incidents in China should be taken seriously by the whole society. Patients should understand that even though modern medicine has advanced is not 100 percent effective in all cases and all diseases. Some patients and their families should maintain low expectations when it comes to serious cases.

There is no doubt that vandalism and violence in a hospital or clinic is a criminal offense, and any civilized society should have a low tolerance for such heinous acts. 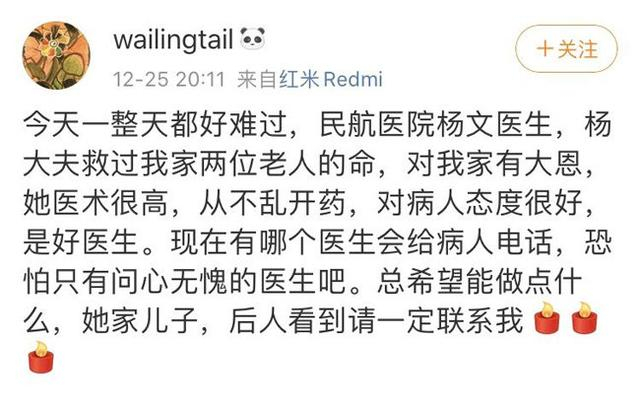 As for doctors, they should understand some of those patient-related characteristics which may be associated with violence. They should stay alert to risks and try to reduce the chances of conflict when communicating with patients, but it is not rational to consider all patients potentially harmful. Hospital authorities also can do much to reduce the violence, like increasing security checks to better protect medical staff and patients, which is generally lacking now.

Finally, as a patient, remember that your doctor is a person just like you. Remember that their job is already stressful and do your part to not make it worse. Be open to communication, and consider their advice. Doctors work hard for us, so it's important we return the favor.