Crossing the Strait: Taiwan scholars who teach in Chinese mainland
By Yu Jing 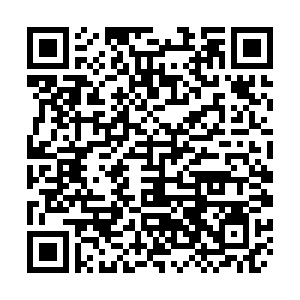 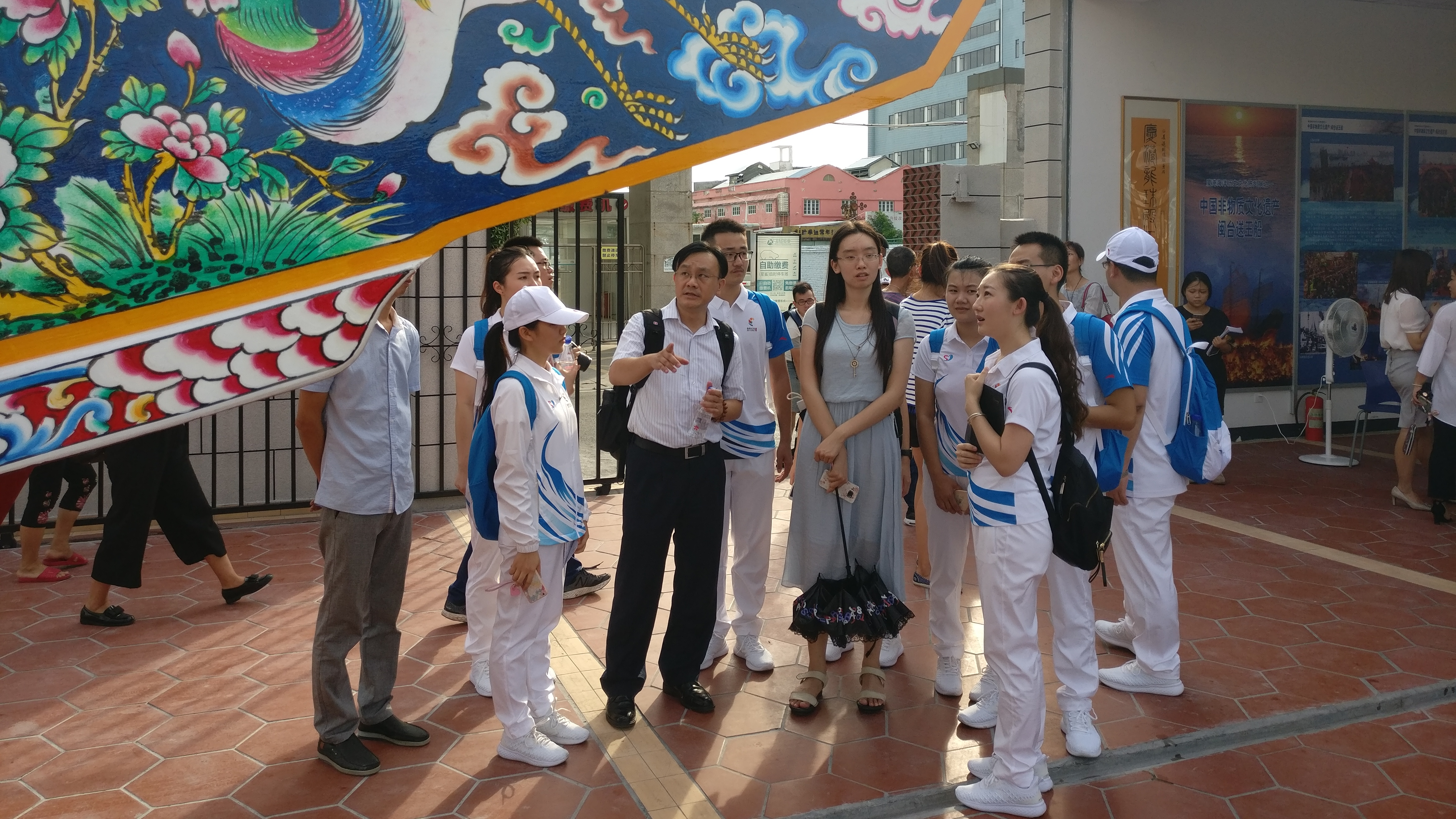 Across the world, it is hard these days for PhD graduates to find an academic position with job security. And for PhDs in Taiwan, it's even harder with the island's plummeting birth rate and a dwindling number of students.

But 36-year-old Wang Mengyun, who graduated from Tunghai University in central Taiwan, found an alternative way. Upon PhD graduation in 2017, she applied for a teaching position at Guangxi Normal University in south China's Guangxi Zhuang Autonomous Region. Within three months, she secured an eight-year-long contract with the school, with her salary, welfare package and teaching requirements at par with her counterparts from the Chinese mainland.

Wang is the first professor from Taiwan to teach at a school and also join a public institution in Guangxi Zhuang Autonomous Region. 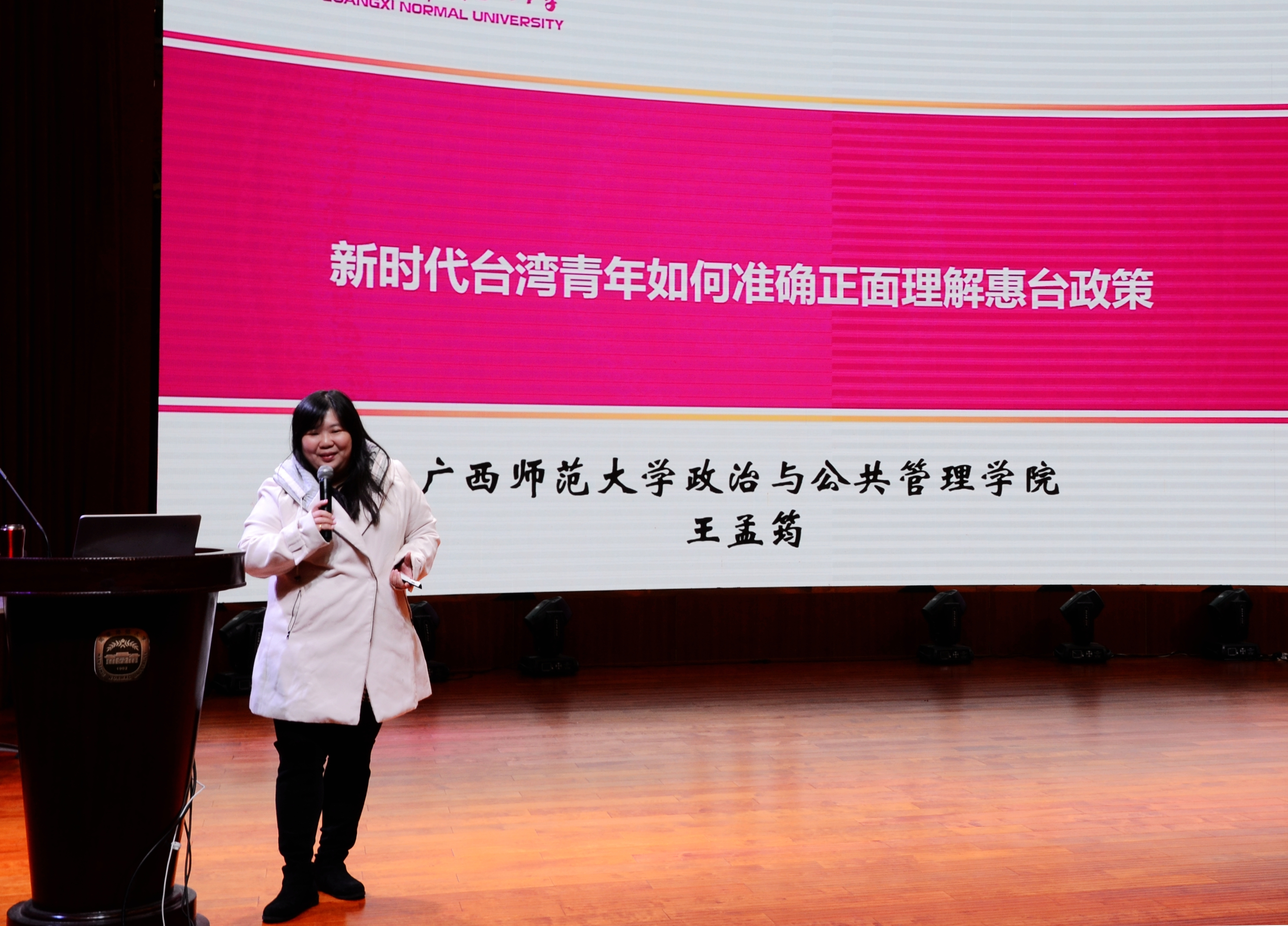 Job uncertainty in the past

A part of the reason why only a few young people from Taiwan came before Wang is due to concerns of career uncertainty in the Chinese mainland, something that Chen Jingchao, who came to study at Peking University in 2002 knows very well. With a masters degree from the prestigious Guanghua School of Management of Peking University, he did not find many firms welcoming applicants from Taiwan back then.

"Companies did not know what procedures to follow if they accept applicants from Taiwan. For example, if work permits are required for employees from Taiwan, how to give them medical and housing insurance. Unless the applicants from Taiwan have unique advantages, they would prefer talents from the Chinese mainland," Chen told CGTN.

Back then, Taiwan residents, in order to work in the mainland, needed to apply for a work permit, and had their educational certificates attested by accredited institutions in the Chinese mainland, which means it took new hires from Taiwan longer to start at work. 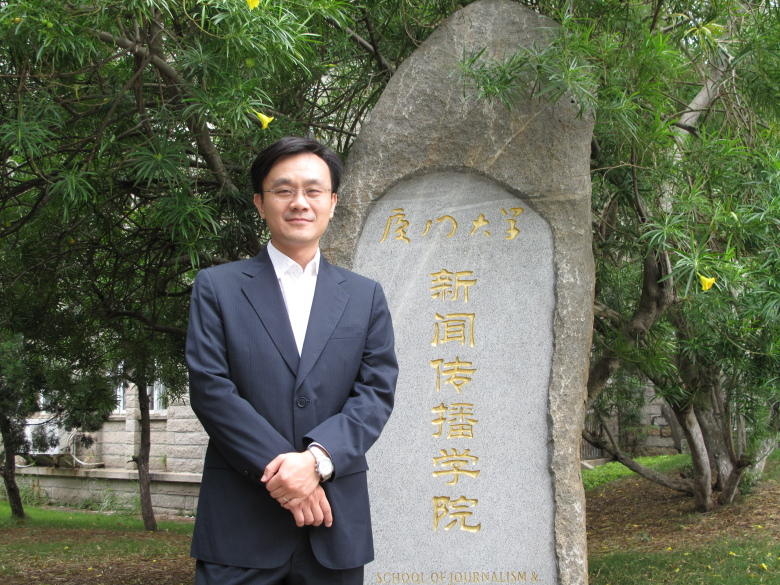 Chen Jingchao at the School of Journalism and Communication at Xiamen University. /Photo courtesy of Chen Jingchao.

Chen Jingchao at the School of Journalism and Communication at Xiamen University. /Photo courtesy of Chen Jingchao.

The hesitation that prevented companies and academic institutions from hiring Taiwan residents started to clear as provinces across China introduced equal status policy targeted at students, academics as well as professionals and businessmen from Taiwan. Under the new rule, people from Taiwan should have equal treatment with the people from the Chinese mainland in various professions. Southeast China's Fujian Province, which borders the Taiwan Strait, became the first to implement the new rule in 2009.

Thanks to Fujian's early application of equal status policy, Chen found a teaching position at Xiamen University, one of the top universities in the Chinese mainland, upon finishing his PhD in 2009. He is now an associate professor at the School of Journalism and Communication at Xiamen University and has been teaching there for almost a decade. After him, a long list of students from Taiwan who came to study in top-notch universities in the Chinese mainland stayed back and took up faculty positions.

In February 2018, the State Council Taiwan Affairs Office and the National Development and Reform Commission rolled out 31 measures to promote Cross-Strait economic and cultural exchanges, making it easier for compatriots from Taiwan to apply for work and residence permit in the Chinese mainland. 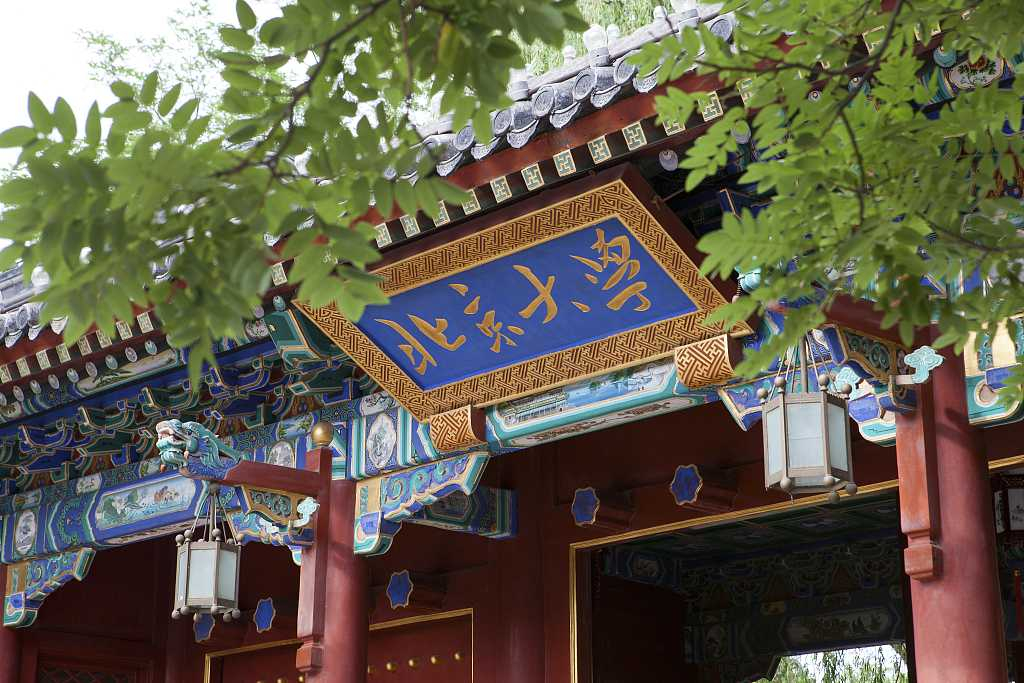 In 2019, 26 new measures were introduced to ease remaining difficulties, including offering consular services and opening doors for companies from Taiwan to invest in high-tech projects in the Chinese mainland.

"I would say that now teachers from Taiwan have access to all the benefits that teachers from the Chinese mainland have," said Chen, adding "We do not have preferential treatment. We have equal opportunities."

Apart from making it easier for students from Taiwan, the new rule also attracts a large number of young scholars from Taiwan to come and teach in the Chinese mainland, observed Wang. After coming to Guangxi Normal University, some young PhD students from her alma mater got in touch with her and expressed their interest in applying for a job in the Chinese mainland. Seven of them now teach at the same school as Wang. 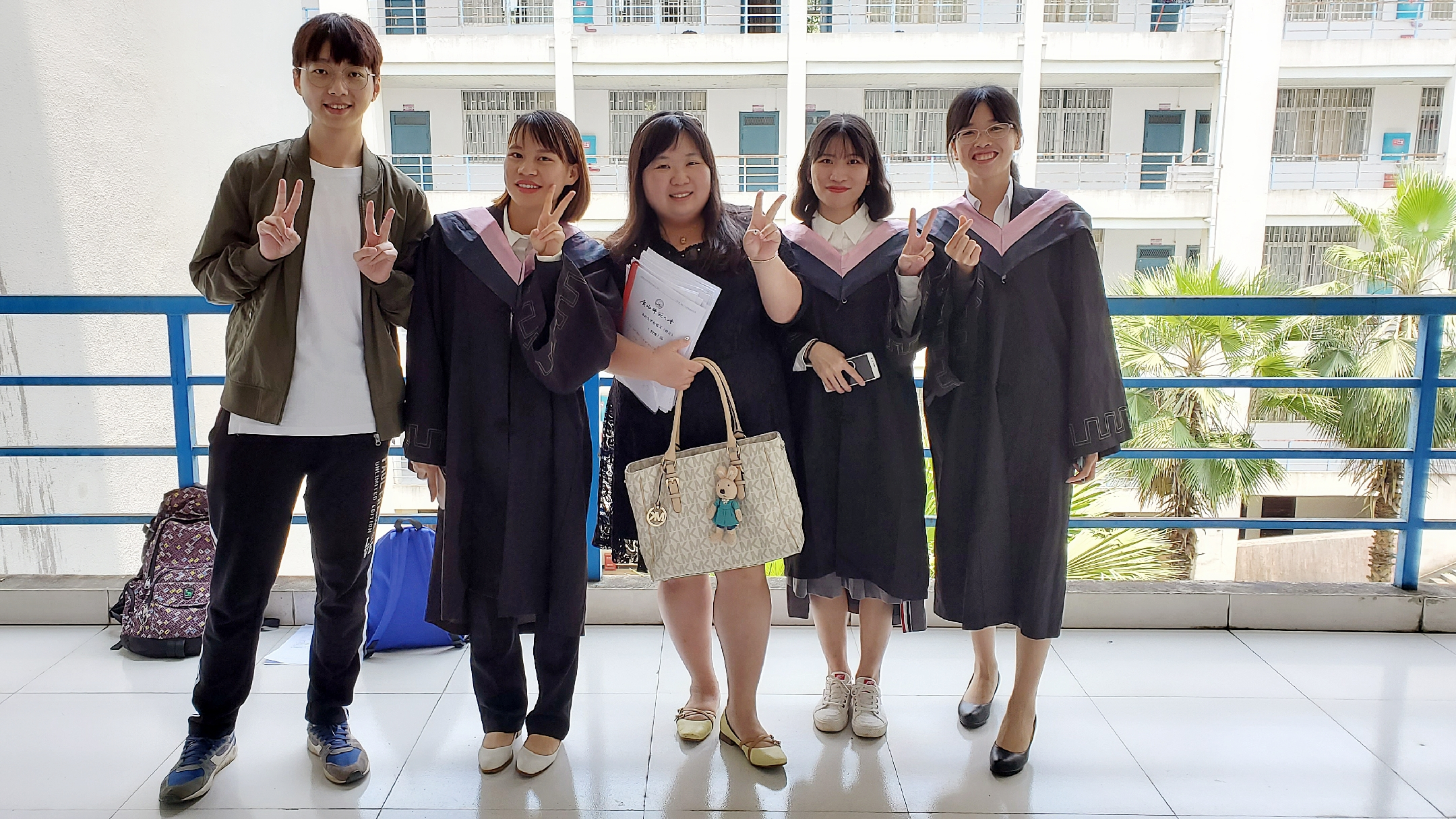 Bleak career prospects in Taiwan also factor into that consideration. In July 2019, Nan Jeon University of Science and Technology became the latest university in Taiwan to cancel enrollments for 2020 academic year due to low application figures. With less students coming in, schools in Taiwan have cut down their demand for professors, and when needed, they rehire retired professors with more teaching experience.

"I see PhD graduates waiting for six to seven years before getting a job at universities," Wang said while talking about the current job situation of graduates from her alma mater. "I don't think it is worth waiting for; the waiting would disrupt my research plan and the delay will consume my passion."

Young PhDs in Taiwan, who cannot find permanent positions at universities, work as contractors, taking on multiple courses across schools and colleges. Some even travel to different corners of the island on weekly basis to earn enough to sustain a regular lifestyle.

One of the most important impacts of "31 measures" and "26 measures", according to Wang, is that they lay out a clear prospect of working in the Chinese mainland. Now many scholars from Taiwan come for more budget support for research projects and educational exchange programs available in Chinese mainland universities. So teaching on the mainland is not the last resort but a golden career opportunity. 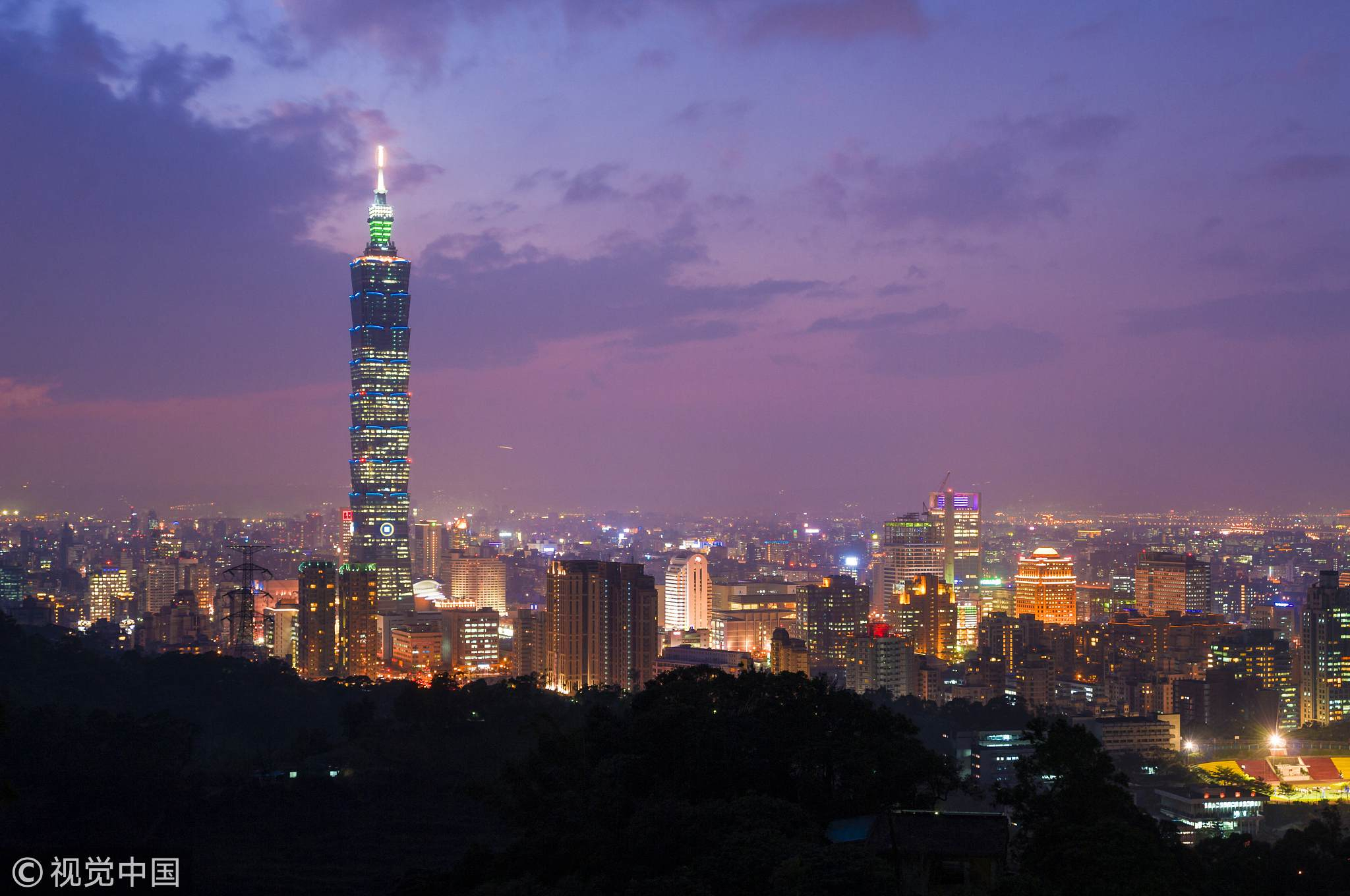 "But it also means that PhDs from Taiwan will face greater pressure of competition with their counterparts from the Chinese mainland who possess great academic credentials," Wang said.

The measures also helped eradicate the concerns of corporations with regards to engaging new hires from Taiwan. Companies know that hiring applicants from Taiwan is clearly in line with government regulations and poses no risk to their operations, according to Chen. For any company that wants to have a diverse workforce, hiring from Taiwan is a natural option.

But for those who choose to cross the Strait, to stay or to leave is a personal choice. But at least now, these two choices are equally available to the younger generation of scholars from Taiwan.