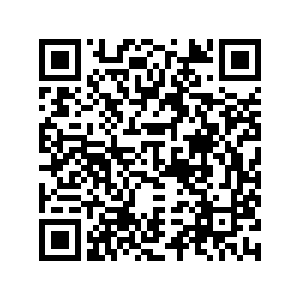 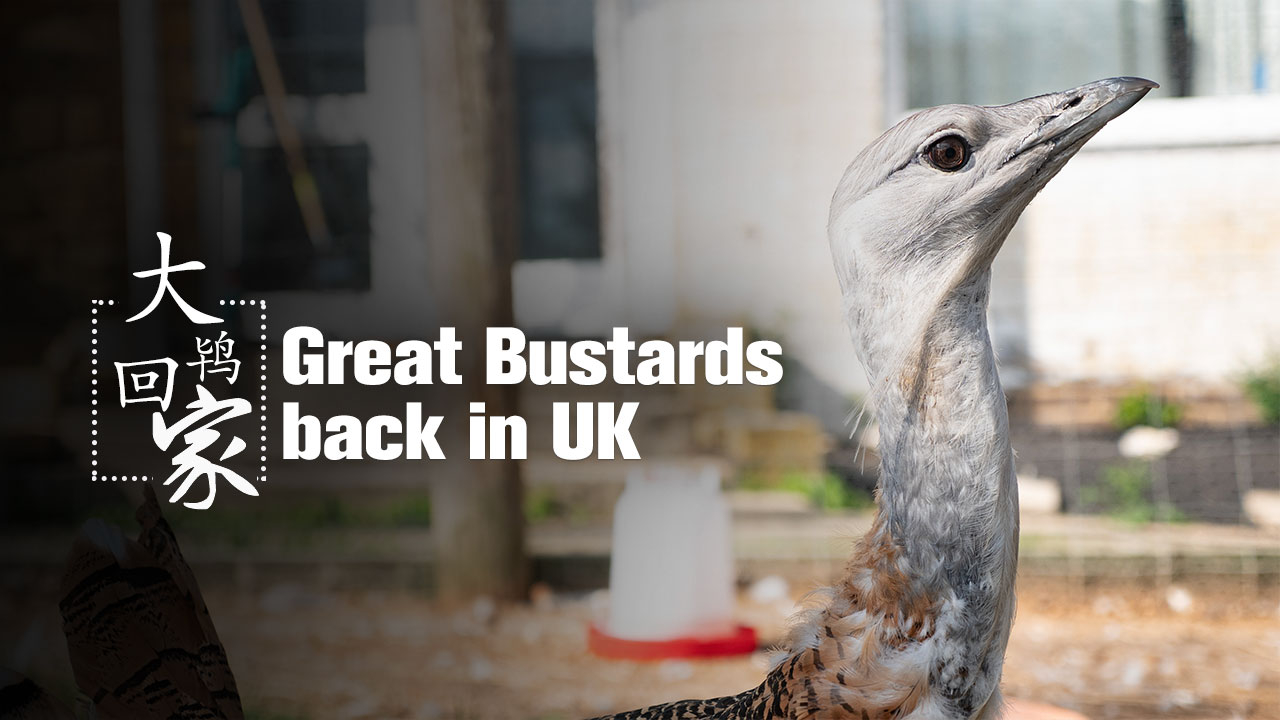 Wiltshire county is in southwestern England where the famous Stonehenge is located. It is home to a bird which is not that famous – Otis tarda or the great bustard.

The story starts with a British man named David Waters. This 52-year-old British man doesn't have children, but he deeply values great bustards. "I would have great bustards as my children, that's what I would pass down to the next generation," said David.

The great bustard is one of the heaviest flying birds. They are quite adaptable. You could see them in freezing cold Russia and even in unbelievably hot Spain. However, due to hunting, agriculture changes and other factors, they have made few appearances in the UK since 1832. David Waters, a policeman by profession, founded the Great Bustard Group in 1997. His aim is to see the great bustards thriving in the plains of Wiltshire. 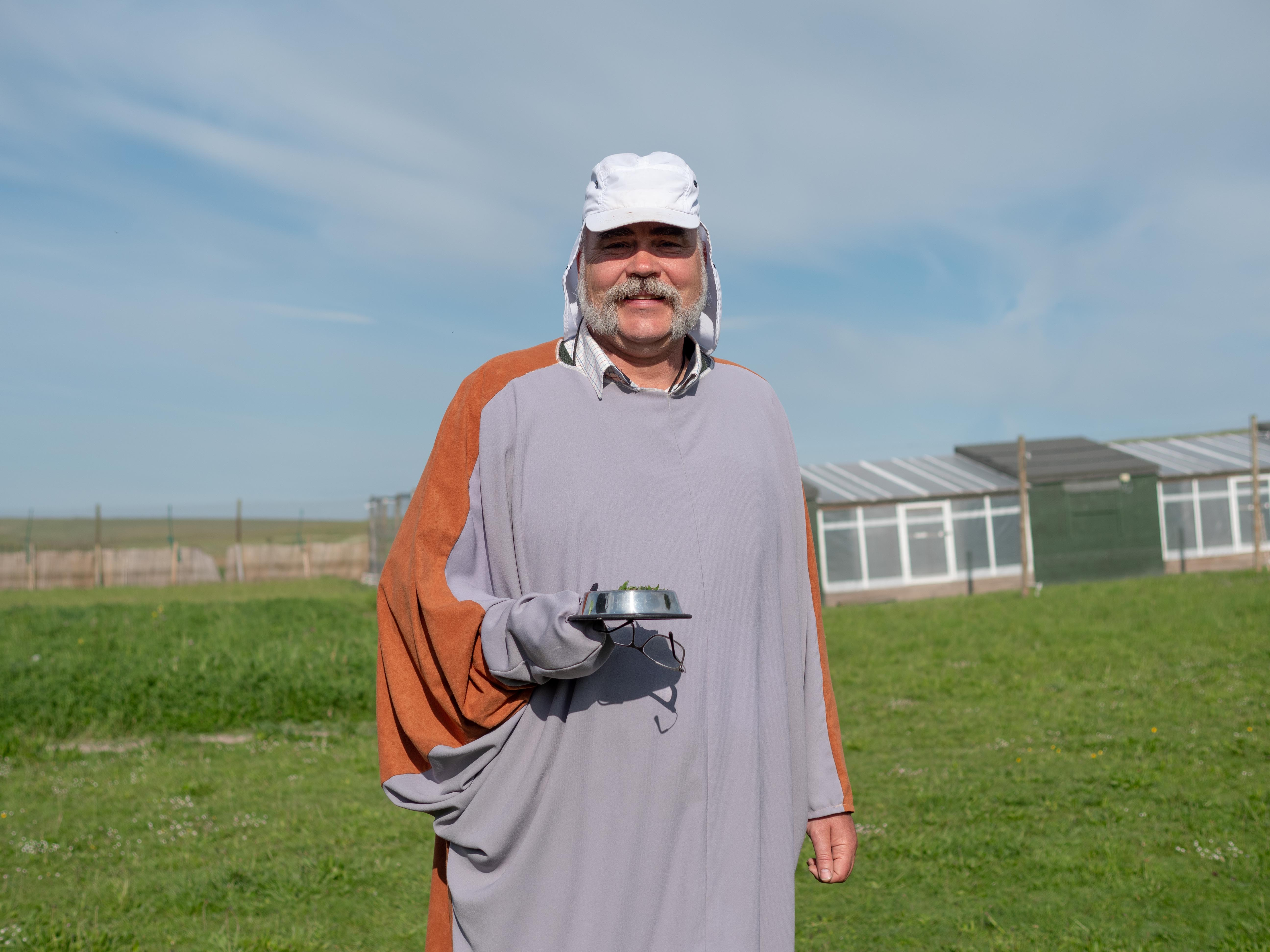 "The hardest part is to get from 0 to about 15 birds. It took us seven years," said David.

In 2004, the first bustard chick was imported from Russia, successfully reared and released in Wiltshire.

Under their management and care, the small area they rented has become a perfect sanctuary for great bustards.  They took measures to ward off the predators. They planted the bird's favorite plant alfalfa. At the restoration project's beginning, Waters quit his job at the police station and took many part-time jobs for over five years to pay the rent for the sanctuary land. 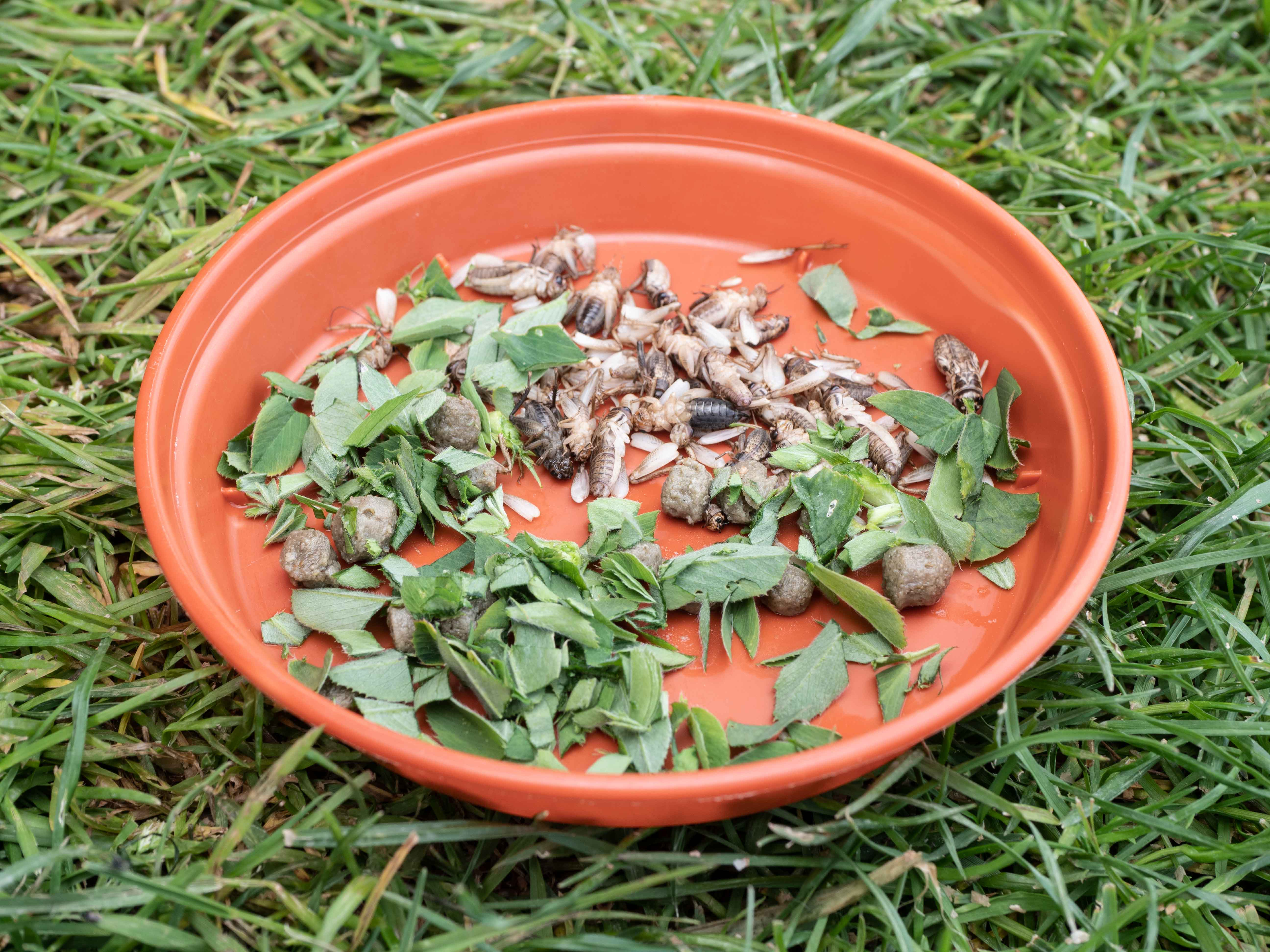 The last time they imported eggs from Russia was 2012. By comparing the DNA of the great bustards, they found that the living population closer to the original English great bustards was in Spain.

With that information, Waters decided to import great bustards' eggs from Spain. In the summer of 2013, with the Spanish government's support, Waters' egg-collection team drove to Spain to collect eggs. Soon after the collection, they rushed back to UK, ensuring that the eggs don't hatch on the way. 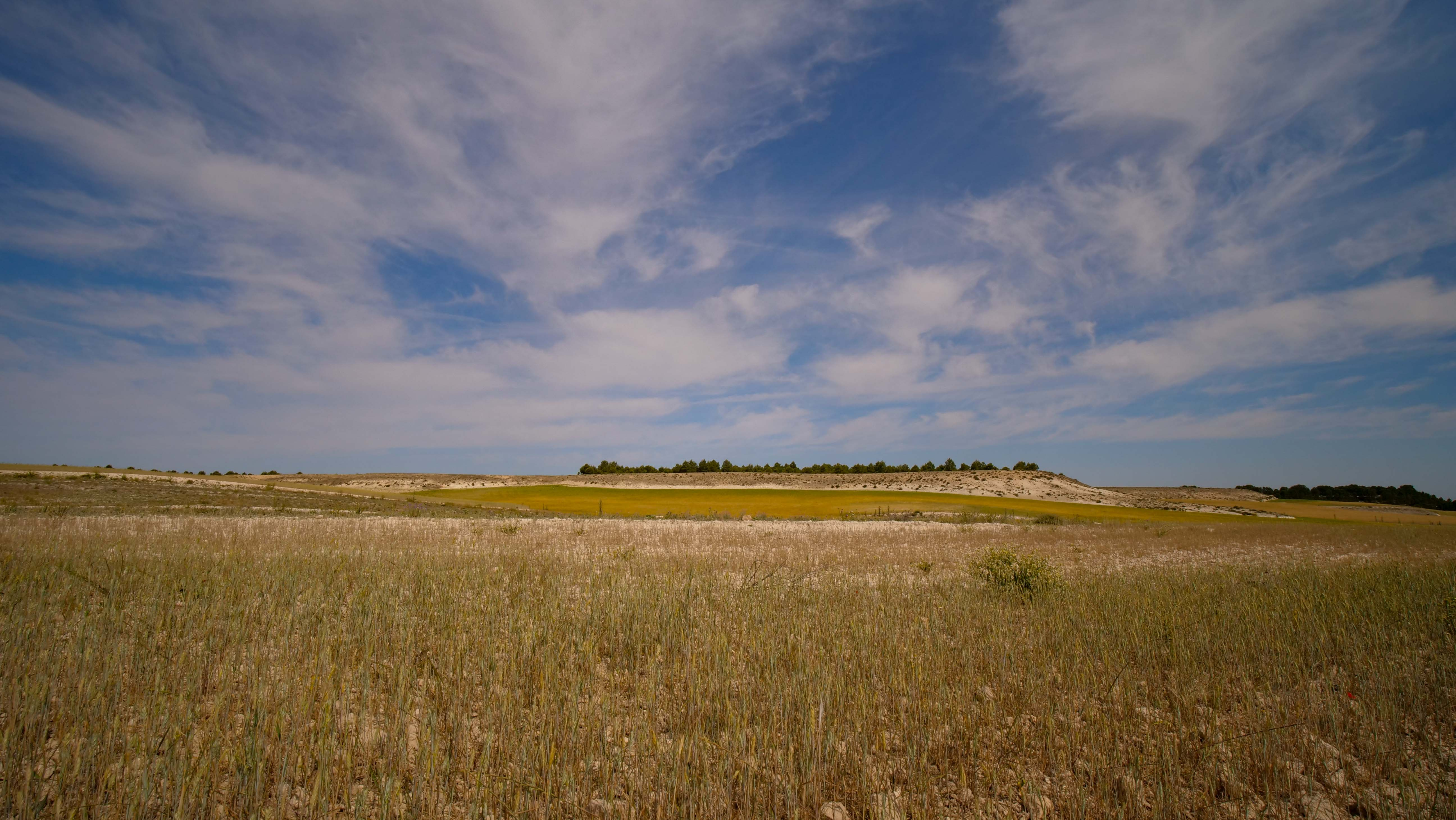 This summer, the egg-collection team collected 30 eggs. They drove non-stop from Spain to the UK in 18 hours. After three weeks, 27 have hatched. Members of the Great Bustard Group are babysitting the chicks around the clock.

The chicks can't feed themselves at first. So, they need to be handfed every hour. The volunteers sometimes wear a suit or costume to decrease the risk of chicks imprinting on humans. 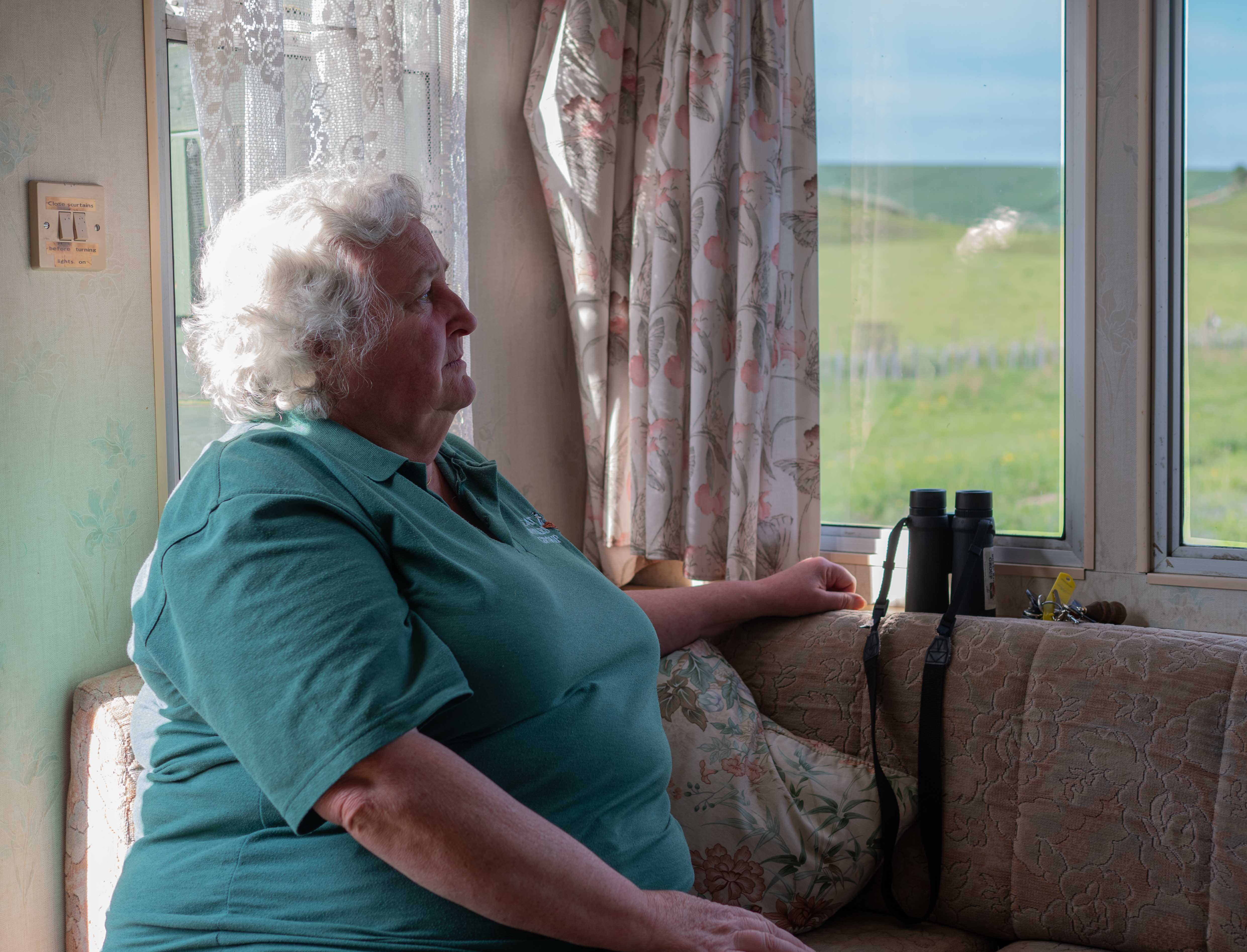 Ruth. Manvell, the director of Great Bustard Group who takes the responsibility of feeding the chicks in feeding seasons.

Ruth. Manvell, the director of Great Bustard Group who takes the responsibility of feeding the chicks in feeding seasons.

They will be released into the wild after they are 12 weeks old.

This will be the last year for the team to collect eggs from Spain. They don't need to import anymore as the number of great bustards in Wiltshire is now over a hundred. The project has been successful.

"Conservation is a social science. It's all about politics, law, and people's emotions with the environment," said Mr. Paul Goriup, a British ornithologist.

Waters doesn't have children, but he has a great family: Great Bustard Group, which now has 2,000 members. Presently, as many as 100 great bustards fly freely in the skies of Wiltshire. They will live and breed here on this land where they used to be. 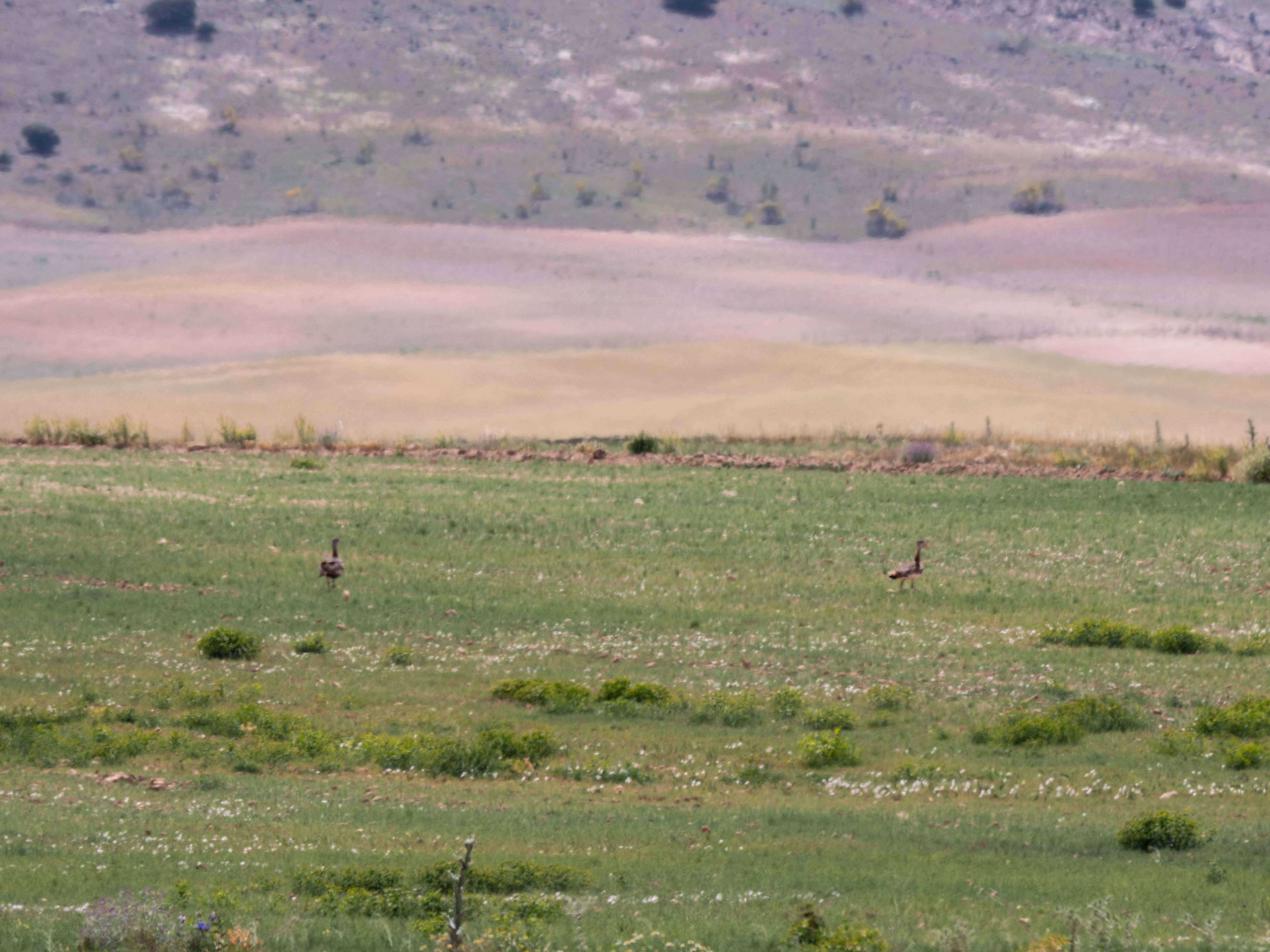