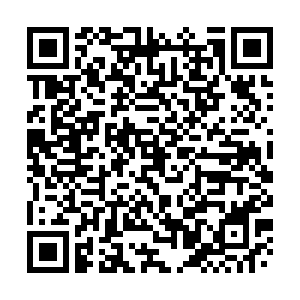 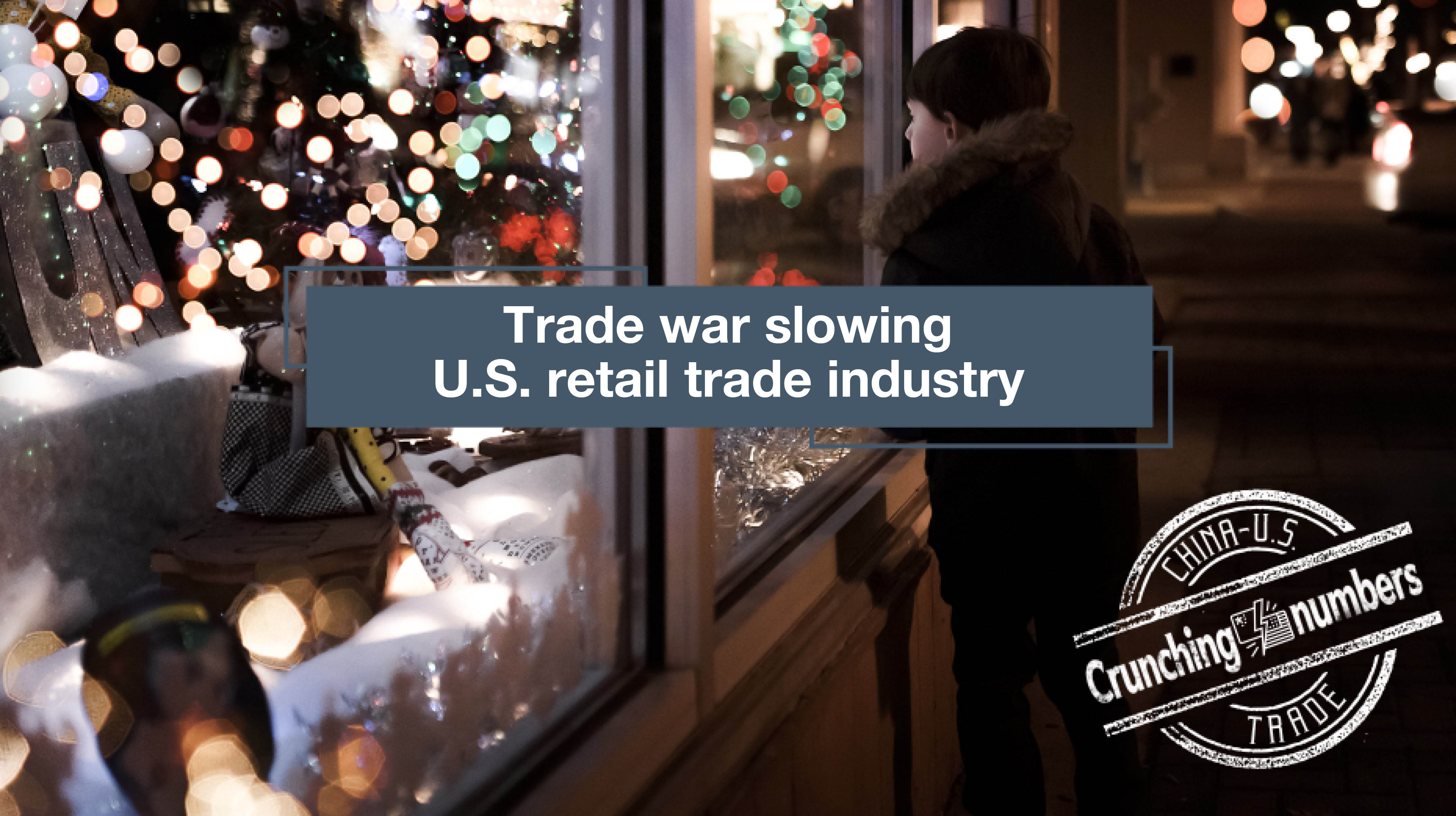 Christmas shopping time has just ended in the U.S. with retail sales increasing 3.4 percent from November 1 through Christmas Eve, according to Mastercard's post-Christmas holiday report.

On December 13, a phase one economic and trade agreement achieved between China and the U.S., which suspended the tariff war scheduled to start before Christmas, may help drive growth.

Even with a better performance of retail sales, some of the biggest discounts since the financial crisis launched by retailers has squeezed profits.

Although retail sales in the U.S. are on the upward trend, its monthly growth in 2019 has been slower than that before the China-U.S. trade war began.

Nevertheless, after increasing 8.8 percent in Q1 2019, retail trade sales only increased 0.2 percent in the second quarter, which was the second leading contributor to the slowdown of real GDP growth at 2.0 percent in Q2 2019, according to the data analyzed by the U.S. Bureau of Economic Analysis. 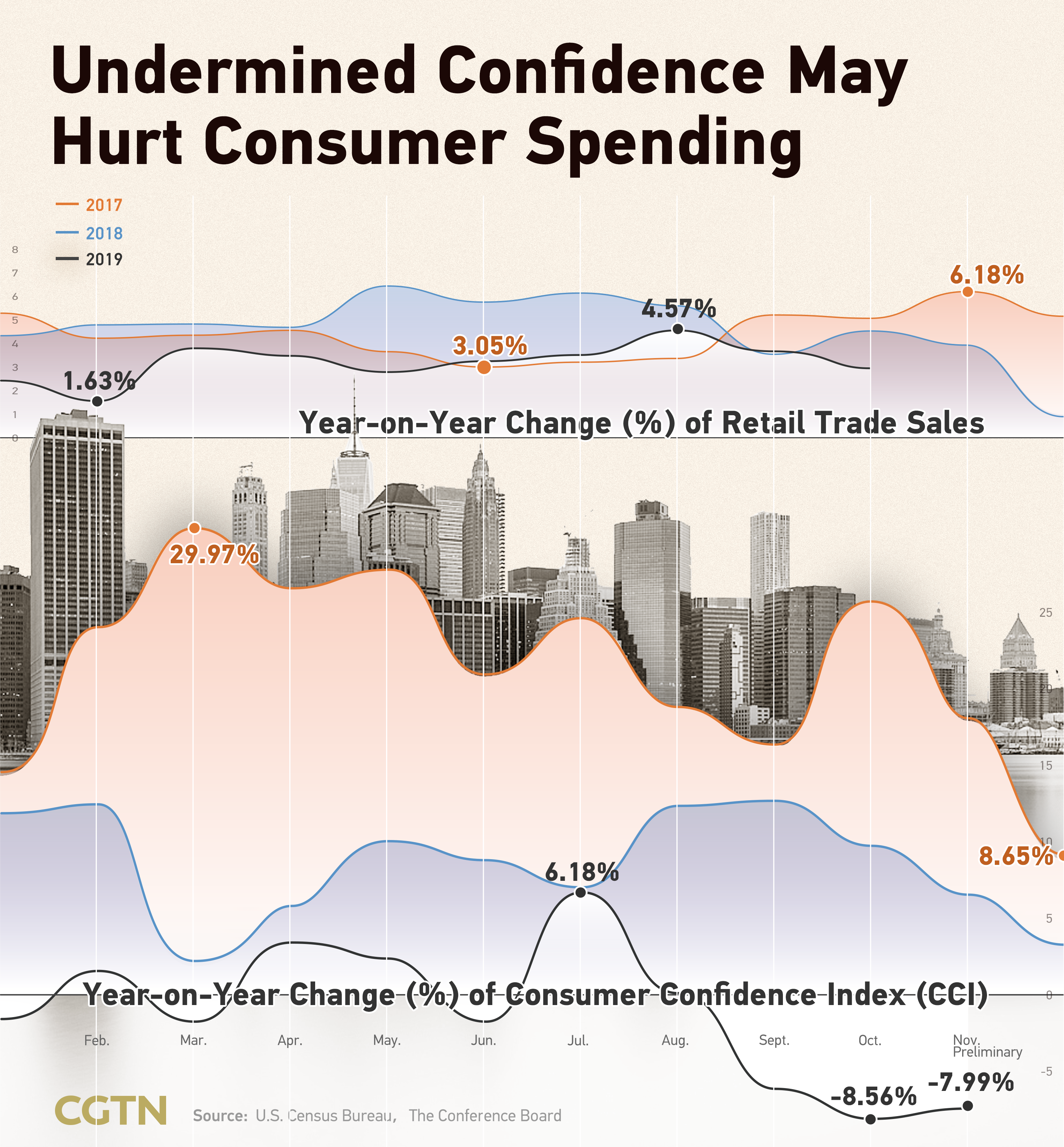 The shopping period from Thanksgiving Day through Cyber Monday was not affected actually. An increase of 14 percent over last year's 165.8 million U.S. dollars and an average 361.90 U.S. dollars on holiday items was recorded over the five-day period, up 16 percent from 313.29 U.S. dollars during the same period last year, as counted by the National Retail Federation (NRF) and Prosper Insights & Analytics.

Despite noticeable growth in holiday spending, consumer confidence is worse than four months ago. Data released by the Conference Board shows the consumer confidence index (CCI) decreased gradually from 135.8 in July to 125.5 in November. And since January 2019, year-on-year negative growth of CCI has occurred and may hurt retail sales.

The Retail Trade sector comprises establishments engaged in 12 subsectors, but not every category experienced a drastic fluctuation or struggled with a decline.

The Bureau of Economic Analysis reported that nonstore retailers, accounting for 14.2 percent of the total retail sales, ranked third in the first 10 months this year. This was primarily attributed to the rising of the retail trade's real gross output from 2.8 percent in the first quarter to 4.7 percent in the second quarter.

Since 2017, nonstore retailers have been keeping a high rate among all subsectors except in December 2018, partly attributable to the growth of e-commerce.

The report from Mastercard mentioned that holiday e-commerce sales made up 14.6 percent of total retail and grew 18.8 percent from 2018. 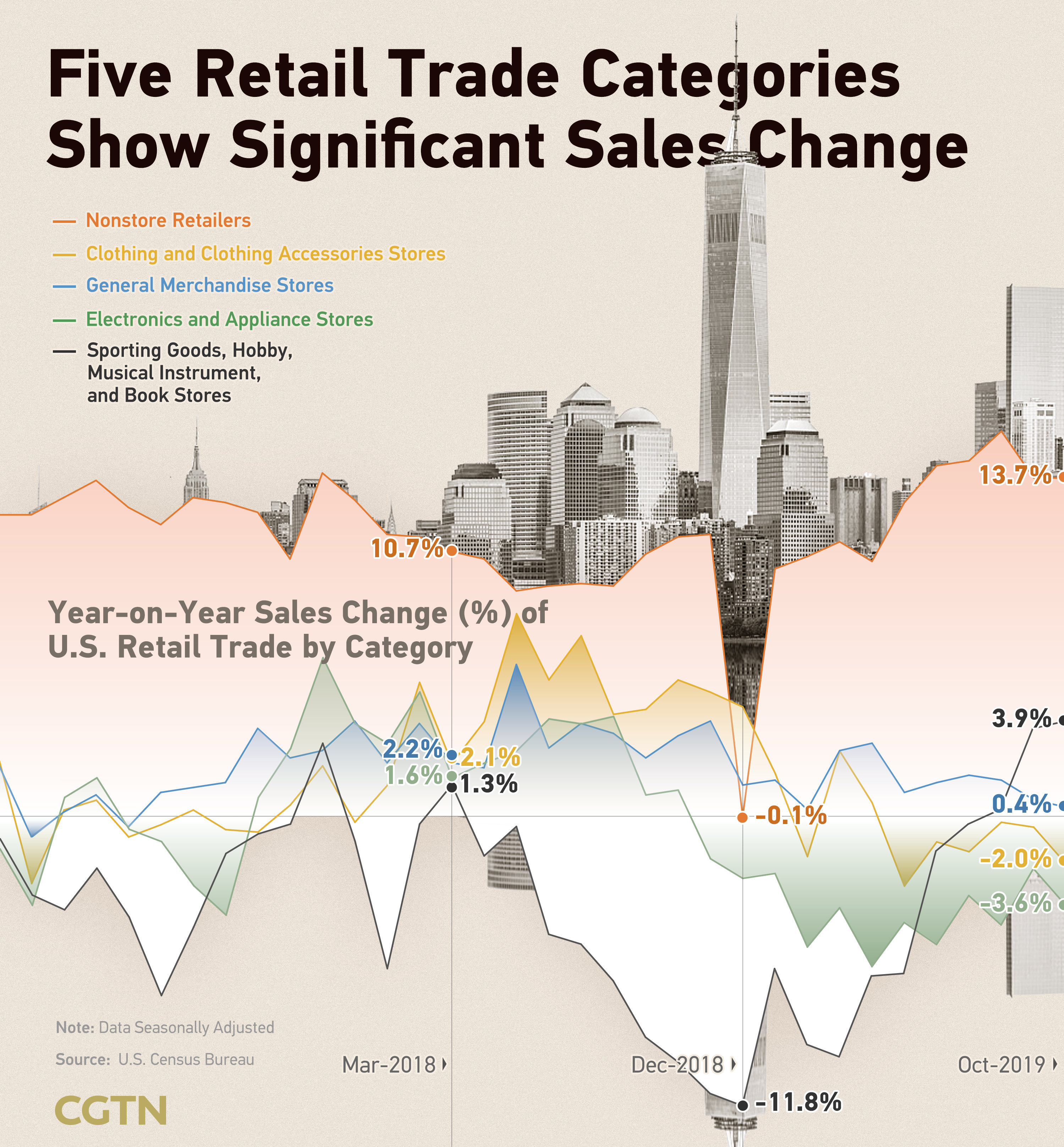 "We know firsthand that the additional tariffs will have a significant, negative, and long-term impact on American businesses, farmers, families, and the U.S. economy," more than 600 companies and industry trade associations, including Walmart, Costco and Target, wrote in a letter to the White House on June 13 this year, urging Donald Trump to remove the current tariffs.

The reason for that was other subsectors were not as lucky as nonstore retailers, especially the clothing and clothing accessories stores.

In 2017 before the trade war occurred, China was the United States' largest supplier of textiles and apparel. After imposing an additional tariff of 15 percent on approximately 300 billion U.S. dollars of Chinese imports this September, the sales of clothing and clothing accessories stores in the U.S. were slowing down, with a 10.2 percent point decline of the year-on-year growth rate from May 2018.

Another subsector suffering from the China-U.S. trade war is electronics and appliance stores. Since August 2018, the year-on-year growth rate has been hovering in a low position and has never returned to the positive growth at October 2018.

Who is paying for the trade war? According to a report of the Federal Reserve Bank of New York, prices on goods from China have so far not fallen, which means U.S. firms and consumers have to pay the tariff tax.

The financial report of Walmart shows that from fiscal Q4 2018 to Q3 2020, the year-on-year growth of its revenue has shrunk from 4.1 percent to 2.5 percent. Also the declining year-on-year sales growth of general merchandise stores proved the effect laid by the China-U.S. trade war.

According to U.S. Bureau of Labor Statistics, employment in the retail trade industry experienced ups and downs in a decade, including a quick fall after 2008 financial crisis,  with 503,400 employees losing their jobs from November 2008 to November 2010. However, a steady upturn after that pushed the total number to its zenith of 15.9407 million in January 2017.

Latest preliminary data show that, 15.7955 million people were hired in the retail trade sector in November 2019, 2,000 more than in the previous month. But retail was still confronted with a fragile situation with the number of employees in 9 out of 12 subsectors falling  in November. 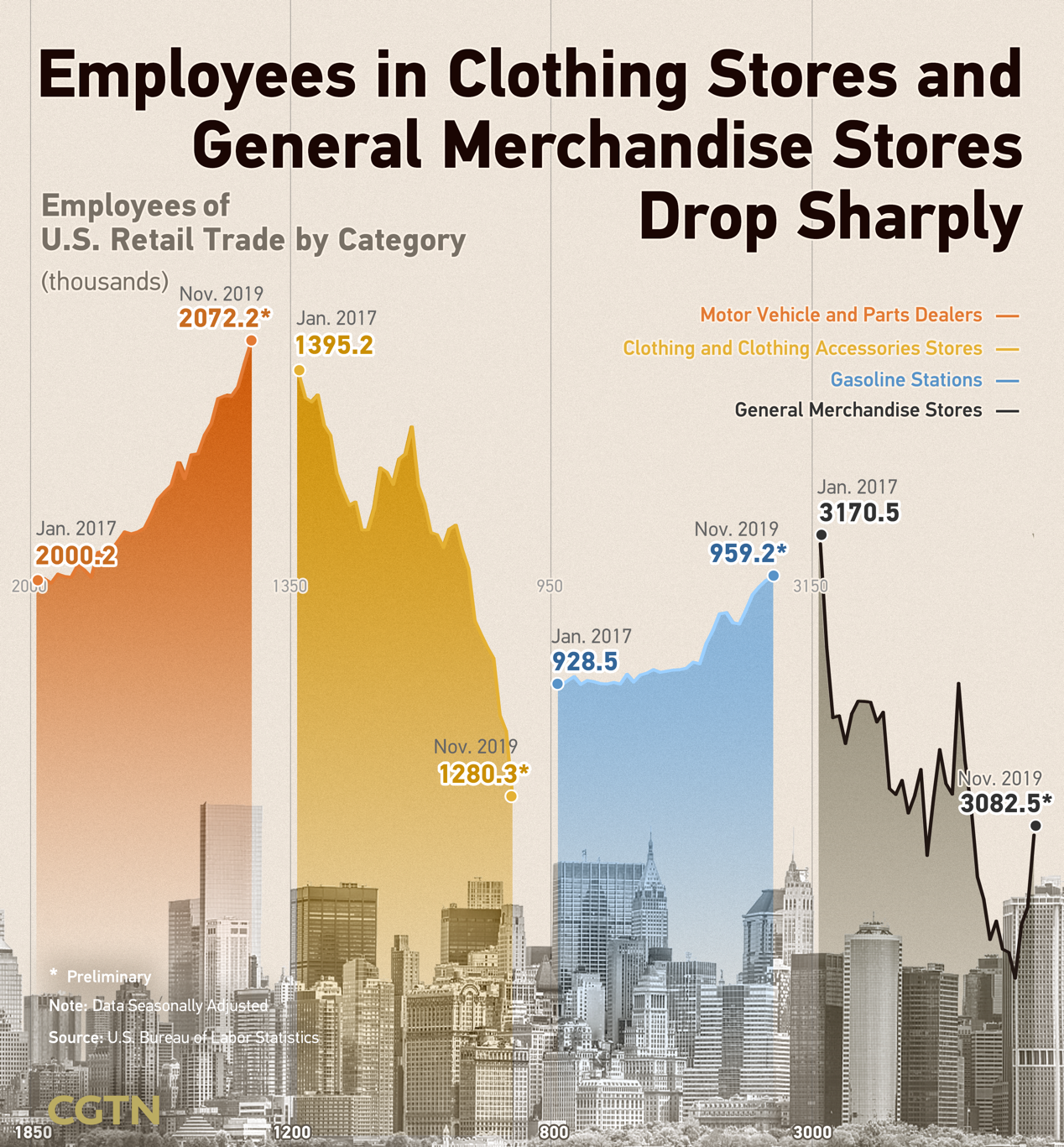 The China-U.S. trade war brought a terribly cold winter to the clothing and clothing accessories stores and everyone who makes a living on them.

Ongoing layoffs in clothing and clothing accessories stores started during the trade war in July 2018, with as many as 100,800 employees having lost their jobs 16 months later, a 73 percent drop. Also according to this November's figure, just in one month, about 17,800 employees were faced with layoffs.

Not only the China-U.S. trade war, but also the development of e-commerce contributed to the situation. The estimated quarterly U.S. retail sales data from the U.S. Census Bureau of the Department of Commerce forecast that e-commerce sales would rise from 132,156 million U.S. dollars to 154,543 million U.S. dollars, 11.2 percent of total sales in the third quarter of 2019.

Moreover, there was no good news for general merchandise stores. The same widespread layoffs were in front of 25,800 employees working for department stores, supercenters etc., during August 2018 and November 2019.

Correspondingly, there were 9,302 stores closed by U.S. retailers in 2019, an increase of 59 percent over 2018, which is the highest number since Coresight Research started tracking related data in 2012.

This September, both Fred's and Forever 21 filed for bankruptcy and closed their stores. The rise of e-commerce may have had an influence. However, the total retail trade e-commerce sales also decreased slightly from Q4 2018 at 160,894 million U.S. dollars to Q2 2019 at 139,671 million U.S. dollars, according to the U.S. Census Bureau.

But how can the total employees of retail trade not significantly decline? It's the subsector of motor vehicle and parts dealers hiring a larger amount of people and holding up retail trade employment in the U.S.

Uncertainties still exist in the employment of the U.S. retail industry, which is not conducive to business and household expenses, and may affect the long-term and stable development of the U.S. economy.