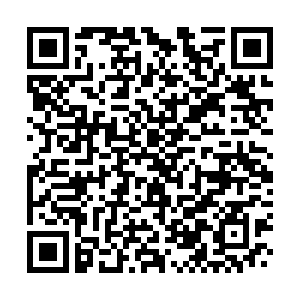 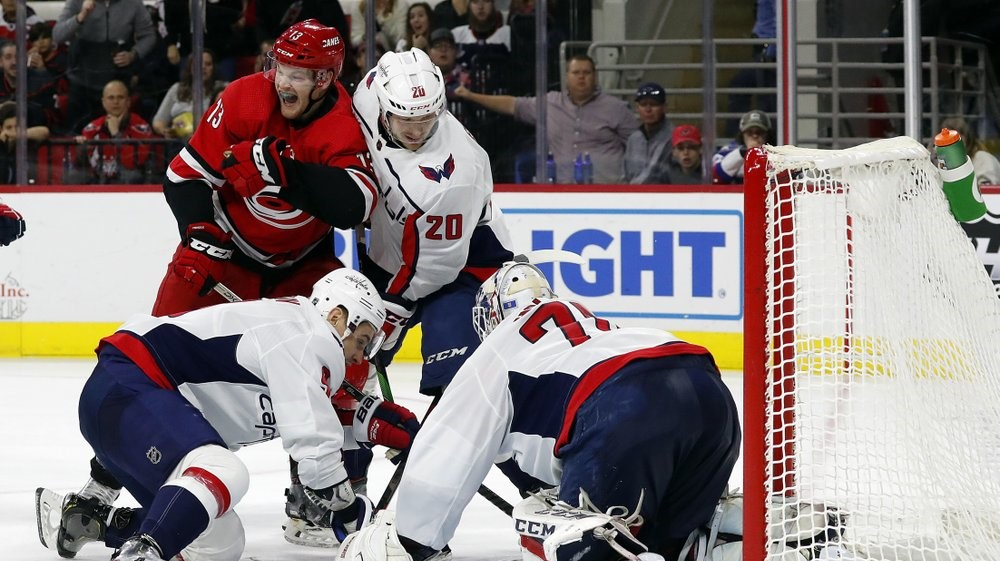 Warren Foegele #13 of the Carolina Hurricanes reacts after finding the puck and getting it past Braden Holtby #70, goaltender of the Washington Capitals for a goal at the PNC Arena in Raleigh, North Carolina, December 28, 2019. /AP Photo

Warren Foegele #13 of the Carolina Hurricanes reacts after finding the puck and getting it past Braden Holtby #70, goaltender of the Washington Capitals for a goal at the PNC Arena in Raleigh, North Carolina, December 28, 2019. /AP Photo

Warren Foegele seems to play his best against the Washington Capitals.

Foegele had a career-high four points with two goals and two assists to lead the Carolina Hurricanes to a 6-4 win over the Capitals on Saturday night.

He also played on the line responsible for checking Washington star Alex Ovechkin as the Hurricanes beat the Capitals for the fourth straight time dating back to last year's Stanley Cup playoffs.

"He was the difference tonight, probably," Hurricanes coach Rod Brind'Amour said of Foegele. "He had a really strong early start, and that line was really strong, I thought. That was probably the difference in the game, and he was a huge part of it."

Lucas Wallmark, Jordan Staal, Martin Necas and Andrei Svechnikov also scored for the Hurricanes as they snapped a three-game losing streak on the opening night of a seven-game homestand. Petr Mrazek stopped 25 shots.

Nic Dowd, Alex Ovechkin, Evgeny Kuznetsov and Radko Gudas scored and John Carlson had two assists for the Capitals, who lead the NHL with 59 points and had won three of their last four games.

However, Foegele and the Hurricanes remained hot against their Metropolitan Division rival. Foegele had four goals and two assists in the playoffs last season against the Capitals as Carolina eliminated Washington in seven games in the Eastern Conference semifinals.

He added an assist on October 5 to help the Hurricanes win 3-2 in overtime at Washington, and had a role in all three of Carolina's second-period goals as well as Svechnikov's empty-net score Saturday.

"It's always competitive playing against these guys," Foegele said. "We don't like them. They don't like us. It's that simple."

Foegele converted a cross-ice pass from Jordan Staal on a 2-on-1 break just 8 seconds into the second period to stretch Carolina's lead to 2-0. After Dowd ripped a shot past Mrazek to halve the lead, Foegele fed Hamilton for another score on a 2-on-1 break to restore the two-goal advantage.

Ovechkin cut the lead to 3-2 with a slap shot high into the net behind Mrazek on a power play, and Washington had a chance to even the score on another man-advantage opportunity late in the second period.

Foegele struck again with 6:58 left in the second, crashing the net to poke the puck past Braden Holtby for a short-handed goal to send Carolina into the third period with a 4-2 lead.

"We'd start to make a push and get back in it, and then our shifts after goals cost us tonight," Washington coach Todd Reirden said. "We'd get a little momentum and then we'd give it right back. A little bit of a seesaw game, happy with our effort but obviously not the result."

Ovechkin's 256th career power-play goal vaulted him past Teemu Selanne into third-place on the NHL's career goals list with the man-advantage. Ovechkin trails only Dave Andreychuk (274) and Brett Hull (265).

Kuznetsov scored while Foegele was in the penalty box two minutes into the second period to cut the deficit to 4-3, but Necas scored 1:20 later on the rebound of Erik Haula's shot that was stopped by Holtby.

In the first period, Carolina was not able to convert during 55 seconds with a two-man advantage but scored just 8 seconds after the Capitals' first penalty expired when Nino Niederreiter fed Wallmark for a shot that beat Holtby inside the far post.

Washington played without forward Tom Wilson, who was scratched with a lower body injury. Capitals defenseman Christian Djoos left the game with an upper body injury.

"He'll be evaluated by our team doctors, but he wasn't able to complete the game," Reirden said. "That put us behind the eight-ball and dealing with some sickness back there, too. But I'm proud of the guys for battling through in a back-to-back."