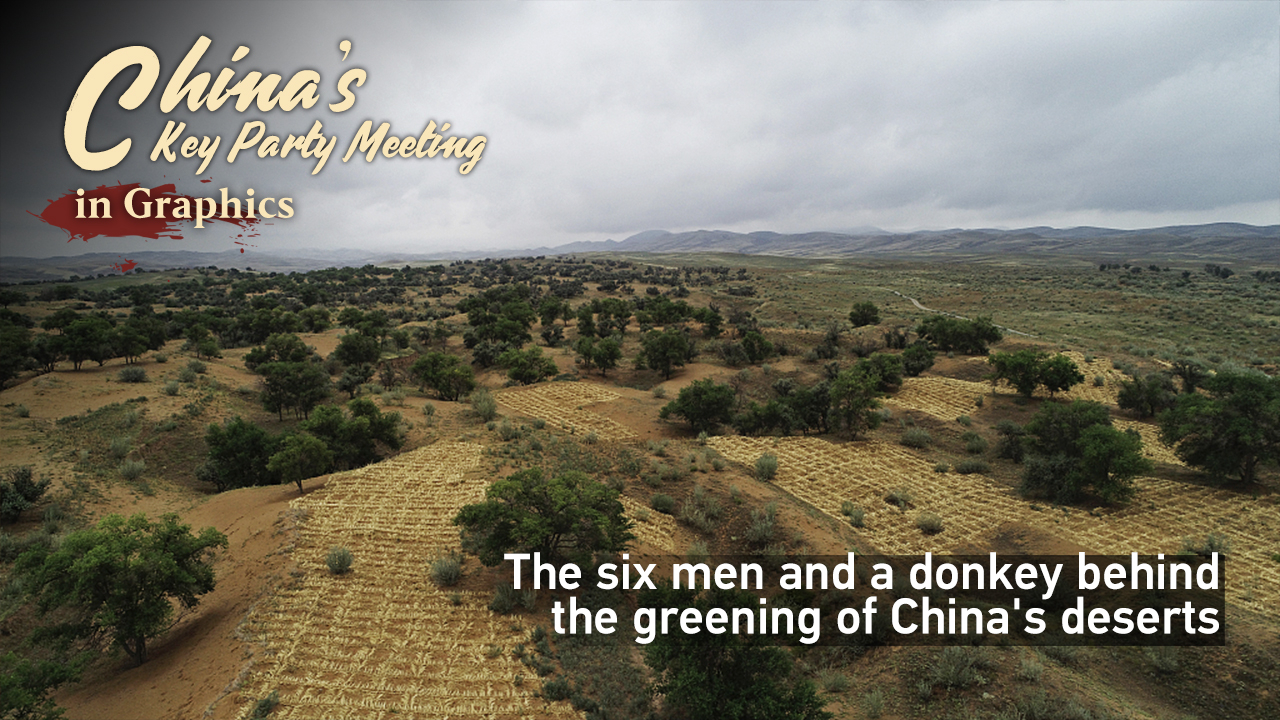 In 1981, six men at Gulang County in northwest China's Gansu Province decided to stop the expanding Tengri Desert. Moving at the rate of seven meters every year, sand was making the region's farmland barren, decimating crop production and affecting the livelihood of locals.

The men had scare resources. They had only a donkey, a truck and a few rusted shovels in their seemingly impossible attempt to stop the march of sand affecting more than 30,000 farmers. They started by collecting meager collections from the community to buy saplings.

A few months later, they decided to get into a contract under the Northwest-North-Northeast China Shelter Forest Belt Project for desertification control.

In the last four decades, community efforts have built a 300-kilometre protective belt, consisting of 14,446 hectares of forest and 25,067 hectares of grassland. With barely any technical knowledge about desertification control, their initial efforts ended with disappointment.

"At first, the work was extremely hard. We placed wheat straw around the saplings to fix the soil, otherwise a strong wind could blow away 60 percent to 70 percent of them," Zhang Runyuan, the youngest of the six men told China Daily

"We lived in caves and worked in shifts to prevent the saplings from being eaten by local farmers' sheep. This is even more important sometimes than planting trees," he added.

In order to prevent the loss of saplings, they started placing wheat straws as a barrier between the wind and the planted shrubs. After a few months of trials, they found the idea works. 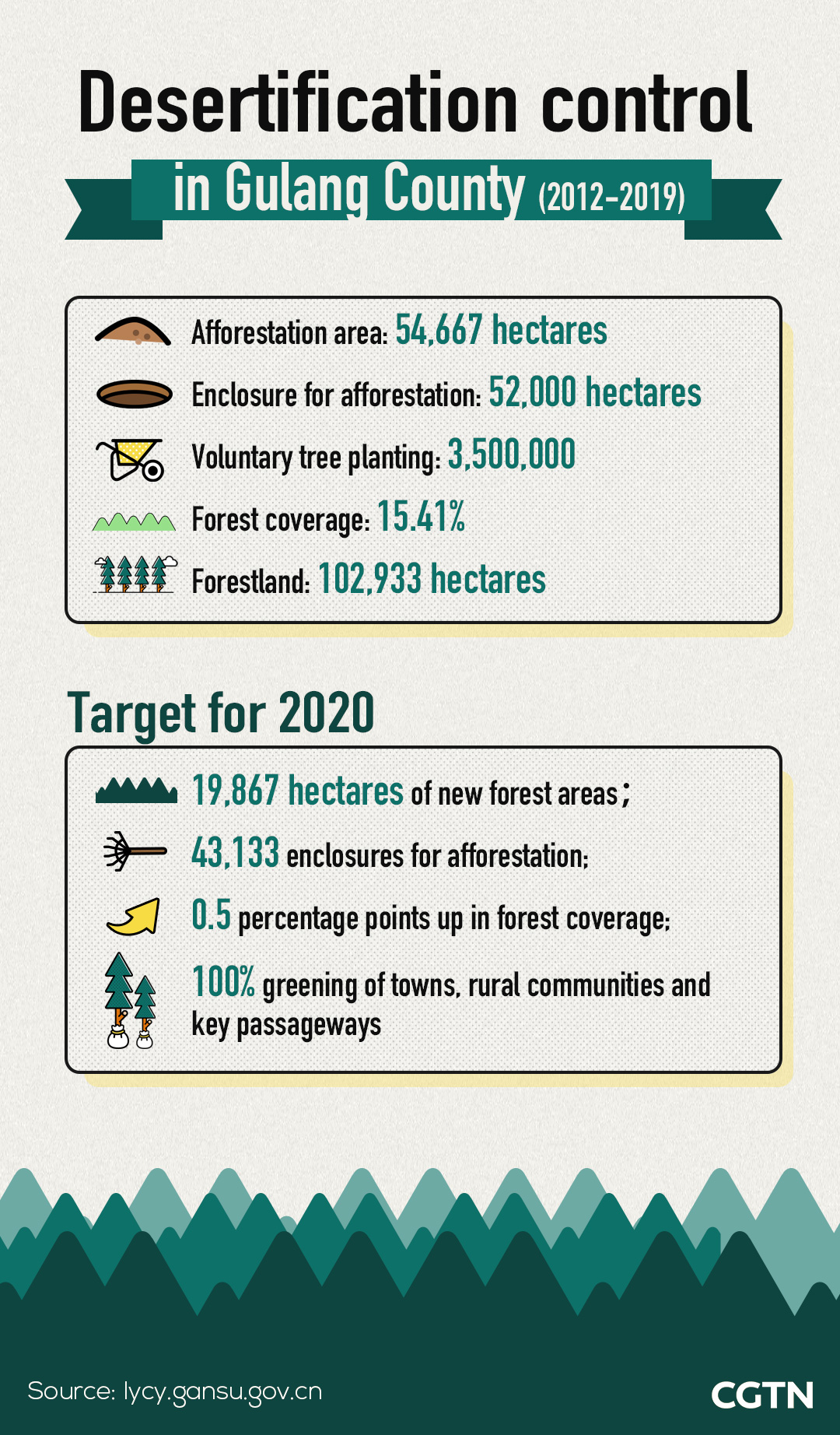 Of the six who initiated the desertification control efforts, four have died, passing the baton of environmental protection to the remaining two and the next generation. Though not all of them have survived to witness the result of their hard work, their legacy has been carried forward by the next generation.

"My father told me that he felt sorry he had left me nothing apart from a few trees before he died in 1991. He fell sick because of overwork," said He Zhongqiang, a son of one of the six, who works as a tree planter at the farm.

Degraded land due to climate change, heavy use of groundwater and excessive grazing, spans 800-1,000 million hectares of the country and is responsible for economic losses to the tune of 6.9 billion U.S. dollars a year. 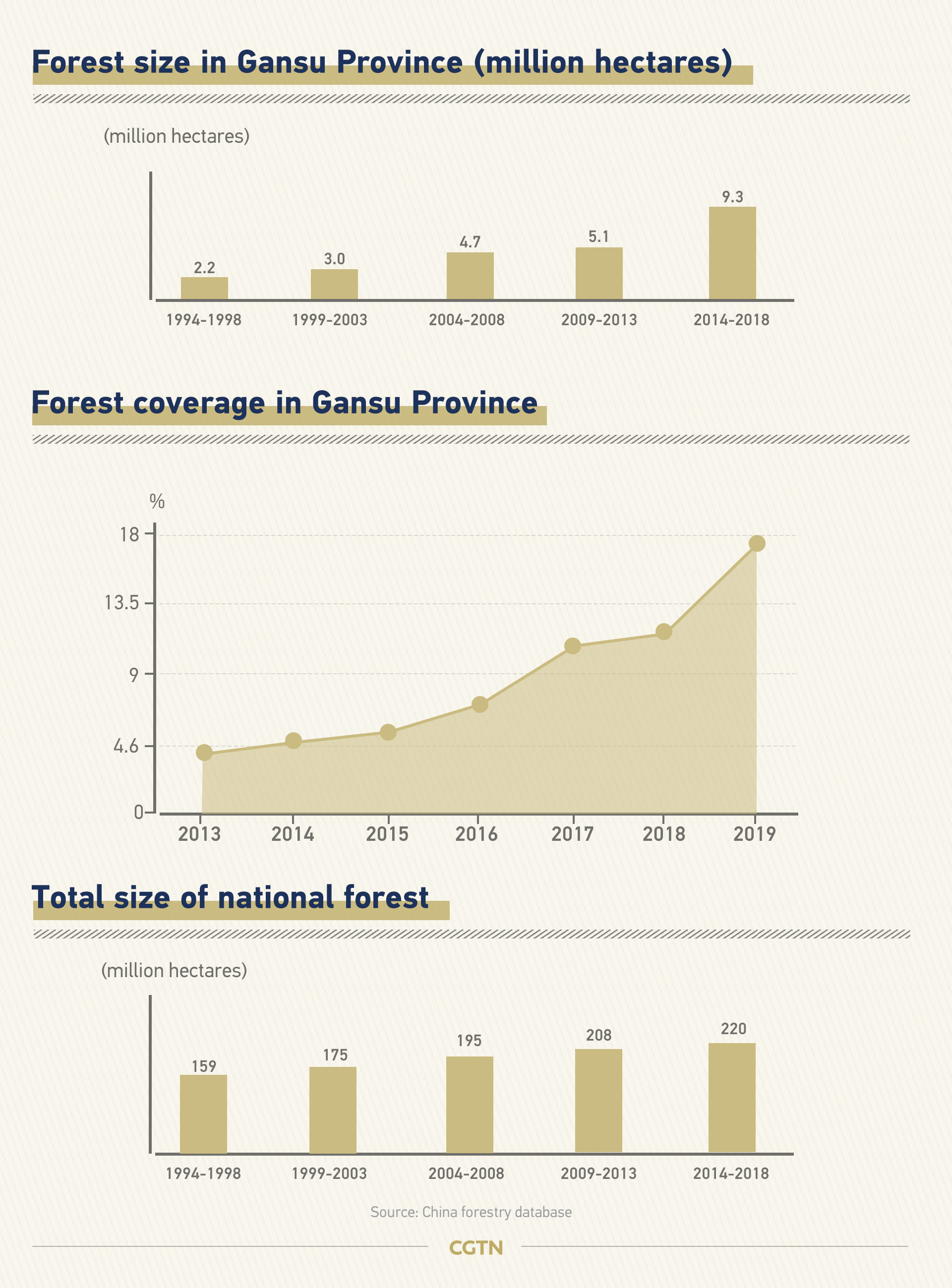 Innovations like one in Gulang County have added to the national and global knowledge in combating desertification. Today, after a voluntary plantation of 350,000 trees, total afforestation area has swelled up to 54,667 hectares, bringing a tinge of greenery in the region.

The efforts have stabilized the groundwater level, and soil fertility and farmers have regained their confidence to grow wheat, corn, melons and tomatoes.

The communique issued by the fourth plenary session of the 19th Central Committee of the Communist Party of China in October last year once again highlighted the need to uphold the system of ecological civilization, saying it is the key to the sustainable development of the whole nation.

According to the Ministry of Finance, the country has allocated 10 billion yuan (about 1.4 billion U.S. dollars) for funding pilot ecological conservation and restoration projects this year. The central fiscal funds went towards improving the ecology of mountains, rivers, forests, farmlands, lakes and grasslands in 10 key areas.