Liu Shiming is an important figure in the history of modern and contemporary Chinese sculpture. And now, around 100 prominent pieces of his work are now on display at a newly opened museum in Beijing. 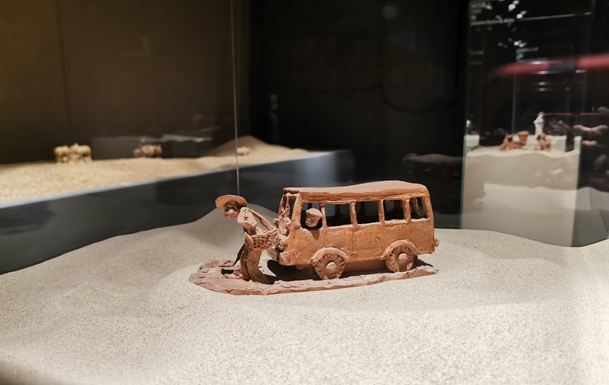 A conflict between a driver and a pedestrian, a couple waiting for a repairman to fix the woman's shoe, and a woman kneading dough in the courtyard, these are some of the sculptures on display. From such mundane scenes in people's daily lives, viewers of all ages immediately relate to them.

Contrary to the scenes, the techniques used by the artist are not so common. Unlike other sculptors, who engrave details on a whole piece of material, Liu liked to make parts separately and then assemble them.

Liu Shiming was among China's first generation of locally trained sculptors. He started to learn his craft at the age of 20.  He stayed away from the ideas and forms of western sculpture, and even traditional Chinese folk art.

"What impresses me about Liu is that he learned sculpting in school, but didn't follow what was taught. His works are quite down to earth, reflecting how ordinary people live without fancy techniques. He even rarely colors or glazes the clay pieces," according to Cao Qinghui, the curator. 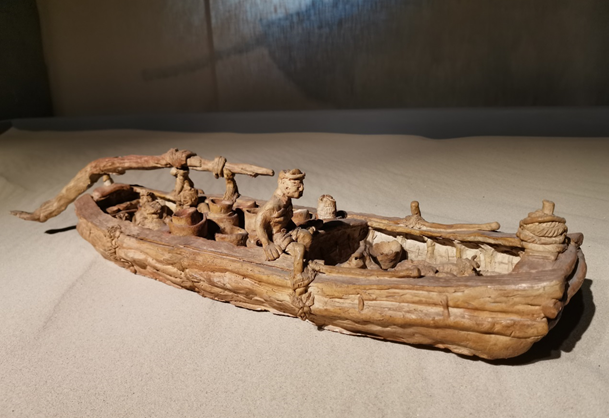 "Boatmen on the Yellow River" by Liu Shiming. /CGTN Photo

"Boatmen on the Yellow River" by Liu Shiming. /CGTN Photo

The series "Boatmen on the Yellow River" is considered one of the most prominent pieces. Instead of portraying the usual rough waves or someone sculling, Liu unveiled the moment when people rest quietly and in peace.

"The sculptures narrate ordinary scenes, but we could still read complicated emotions from the calm faces, like hope, bitterness or a moment of relaxation. These figures are just ordinary people living ordinary lives, but still, viewers have a feeling that life is not that easy for them, just like what happens to every one of us too," said Cao. 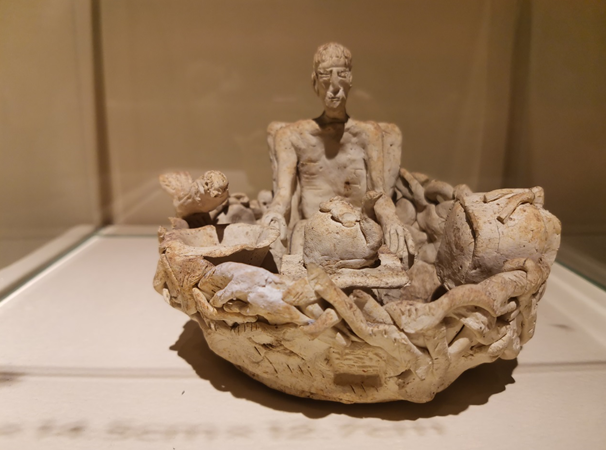 In his artworks, home is always represented by a circle, with family members in it. The artist's son, Liu Wei, said his father lived a very simple life. "He never stopped thinking about the things he saw and sculpting. Actually, he didn't talk much in life, very quiet. Taking medicine to cure his disease, doing exercise, and sculpting were his three major daily activities."

Sculpting without any draft or plans beforehand, and doing it according to memories instead of what was in his sight, Liu never intended to guide viewers somewhere. He just tried to describe the real world, a world also of his own.