Quitting drugs and regaining hope in life
By Zhang Zhilong 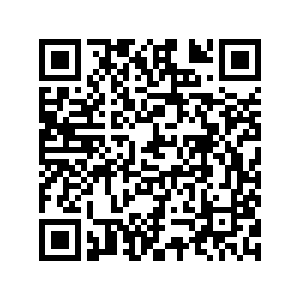 Prior to the Spring Festival, China's biggest holiday, CGTN Digital visited Liangshan in southwest China's Sichuan Province to find out what the officials in charge of poverty relief work are busy with and what has changed in local people's life. The Liangshan Yi Autonomous Prefecture is among the "three regions and three prefectures" plagued by extreme poverty. One of the highlights of China's 2019 government work report was to intensify poverty alleviation in these areas. There, CGTN Digital interviewed officials at the county, prefecture and provincial levels, a villager that gave up drugs, and a Yi girl who once dropped out of school but decided to get back to class.

Quitting drugs is not easy, but Mahai Zicong has done it.

The 36-year-old man from Sanhe Village of Zhaojue County in the Liangshan Yi Autonomous Prefecture in southwest China's Sichuan Province got into drugs out of curiosity.

Mahai can't remember when exactly he first tried drugs, but one memory is clear – his arrest on June 5, 2010.

He was sent to a drug detoxification center for two years. Since June 2012, he has been seeking help under a community-based rehabilitation program in Sanchahe Township, which offers help to 69 other villagers as well.

Working as staff members under the program, Zhao Jianmin and his colleague try to help people like Mahai.

The officers must always be aware of the whereabouts of recovering addicts. For example, they know that Mahai has been in Tibet for over a month working at a tunnel construction site.

Zhao Jianmin and his colleague also visit Mahai and his family once a month to check how things are going.

As local officials put it, offering help to those who are once addicted to drugs plays a key role in poverty relief.

"Mahai Zicong is one of the 70 villagers [who were previously addicted to drugs]. He has changed for the better, and so has his family. He has regained hope in life," Zhao told CGTN Digital.

He raises pigs, chicken and bees – the regular sources of income for locals. He has also been offered a job to work as a forest keeper.

"Saving a man means salvaging an entire family. This is what I'm proud of. I feel my work counts," said Zhao.

All that Mahai cares about today is his family and the performance of his children at school.