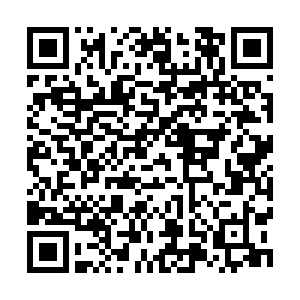 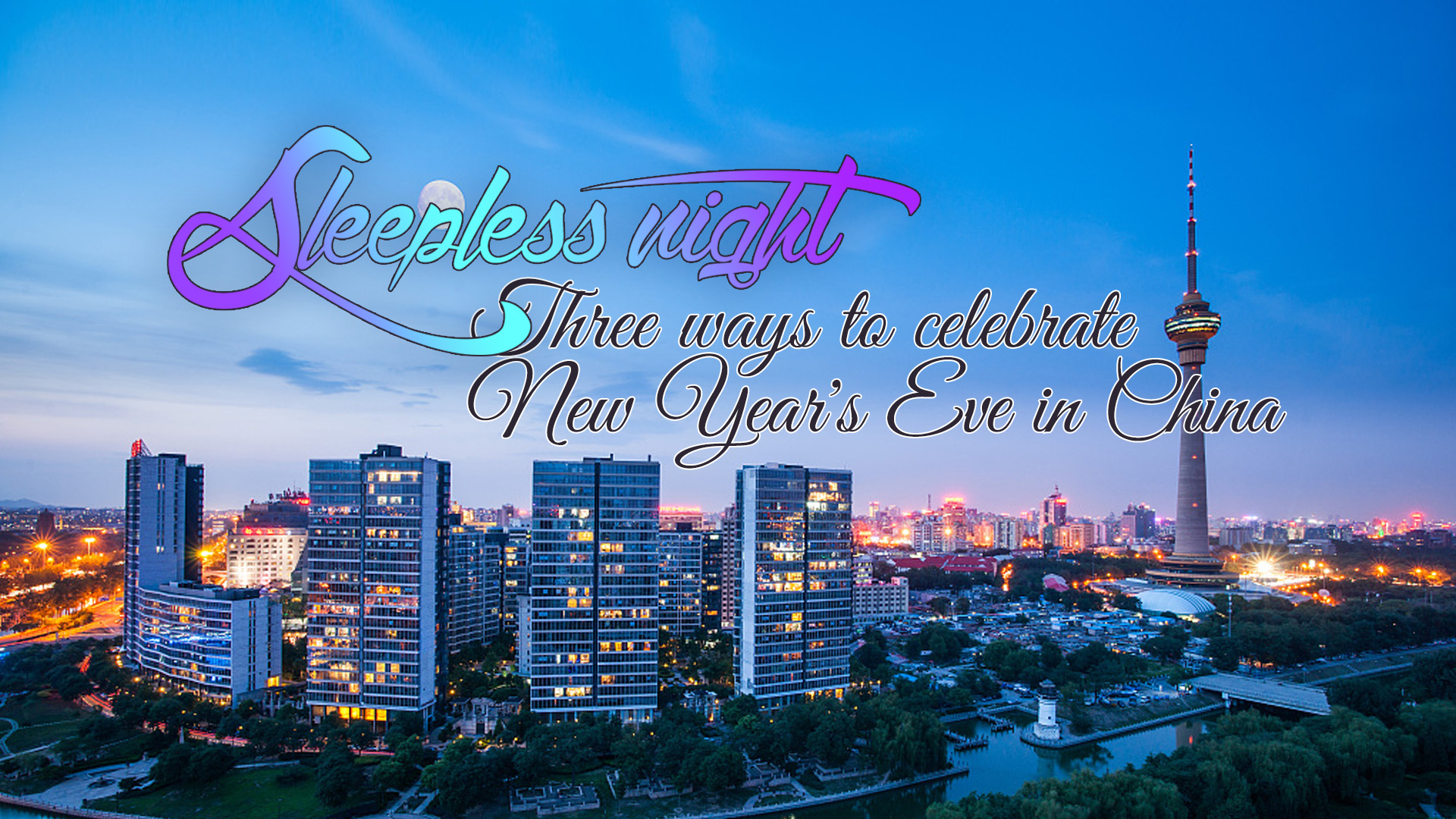 The New Year is just around the corner and the countdown to the New Year has become a major event across China. Most people have already been busy planning their grand entrance into 2020. Below are plenty of fun ways to usher in the New Year.

The most traditional way to celebrate New Year's Eve in China is to ring the bell and make New Year's wishes.

There is no place that allows you to experience the authentic Chinese culture and history more than Beijing. Tonight, Beijing's Jietai Temple, a Buddhist temple in Mentougou District, will follow the custom of striking the bell 108 times in a ceremony that many believe can bring good luck for 2020. The lingering smoke is meant to dissipate all worries and unhappiness. The entrance fee for the activity is 45 yuan (6.5 U.S. dollars), which can only be purchased in person. 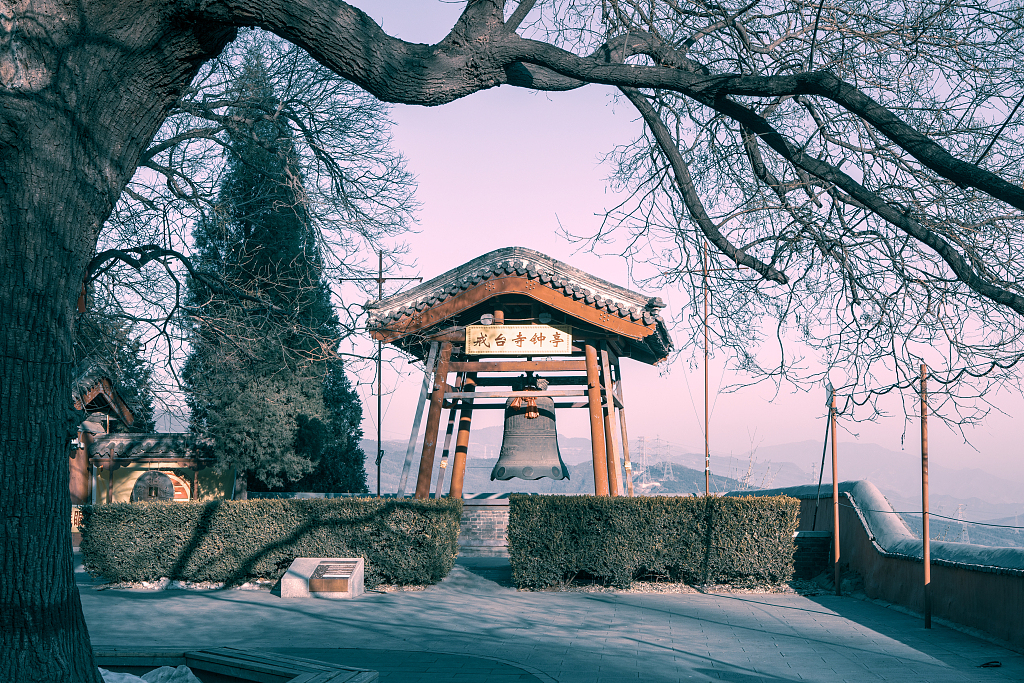 In Shanghai, bells will be rung at Longhua Temple in Xuhui District at midnight on New Year's Eve. Besides, visitors can also eat noodles and hang wishes on a tree at Longhua. In addition, the Donglin Temple will also be hosting a bell-ringing ceremony to welcome the New Year. 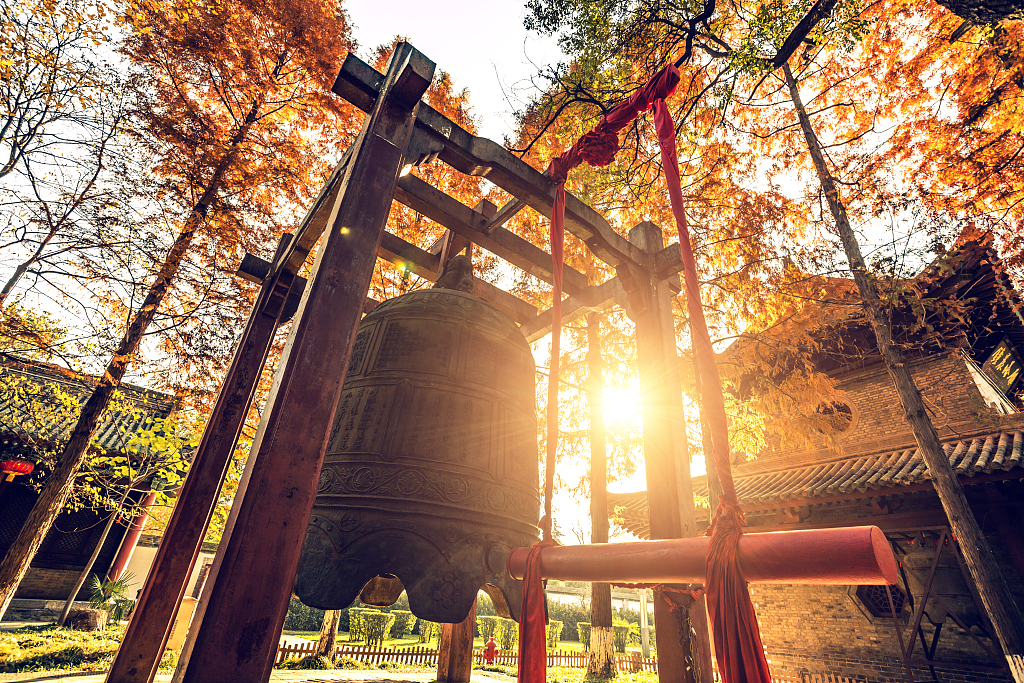 Watch the fireworks, the light shows

Watching the fireworks or a light show on New Year's Eve are great fun for those with families – and as traditional a celebration as they come.

Tonight in Beijing, the CCTV Tower will host a light show with the theme of "The charm of Beijing," showcasing a blend of Beijing's traditional and modern elements. The light show will last until Jan 2. The entrance fee for the tower is 90 yuan (12.9 U.S. dollars).

Additionally, visitors can also enjoy the light show at the Happy Valley in Beijing tonight. Tickets can be bought in advance on their website or official WeChat account. 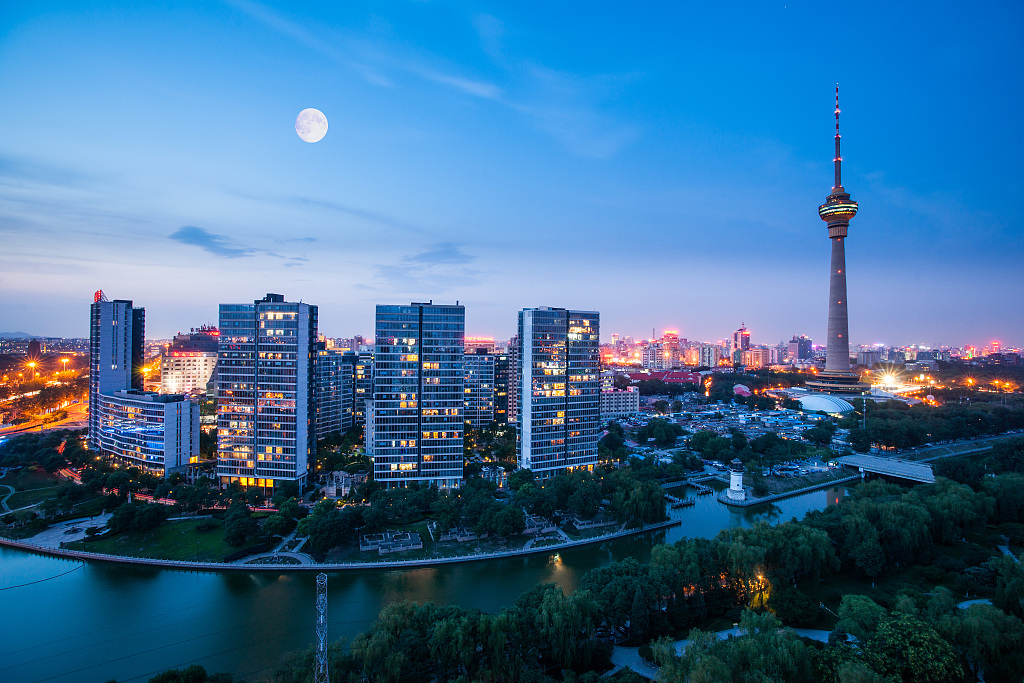 The CCTV Tower at night.

The CCTV Tower at night.

If you want a magical New Year's experience, then Shanghai's Disneyland is an ideal place. Tonight, fireworks will light up the park, offering the best night event for visitors. In addition, Shanghai Tower will host an electronic music party on New Year's Eve, while Jinjiang Amusement Park will stage a light show, parade, lion dance and float show. 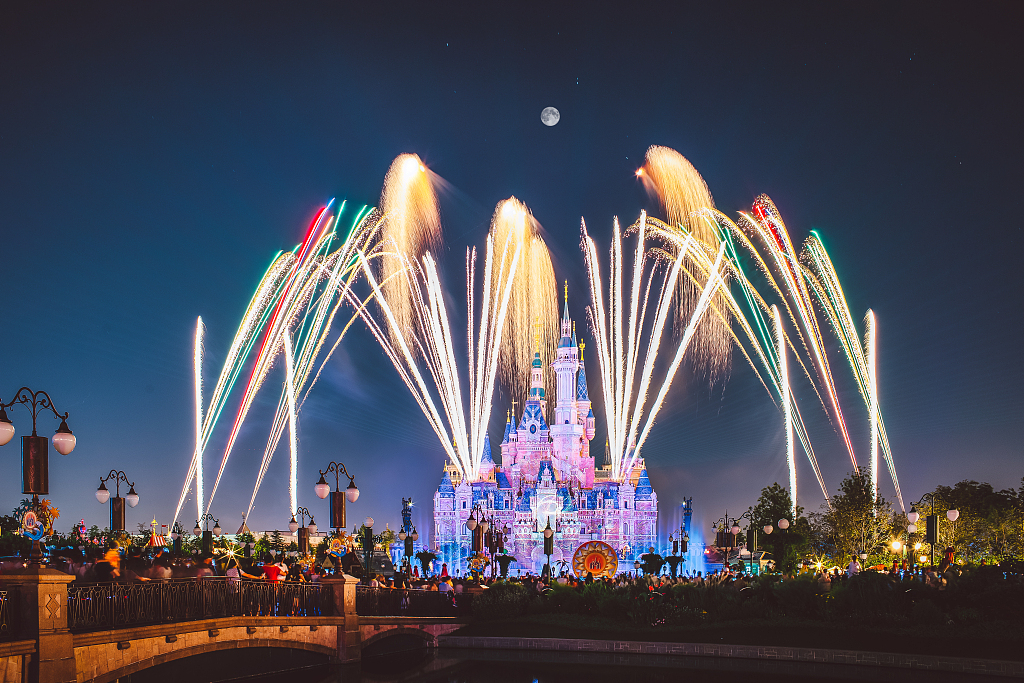 With neon signs lit up all around most cities in China at night, you can enjoy a beautiful view unseen during the day. 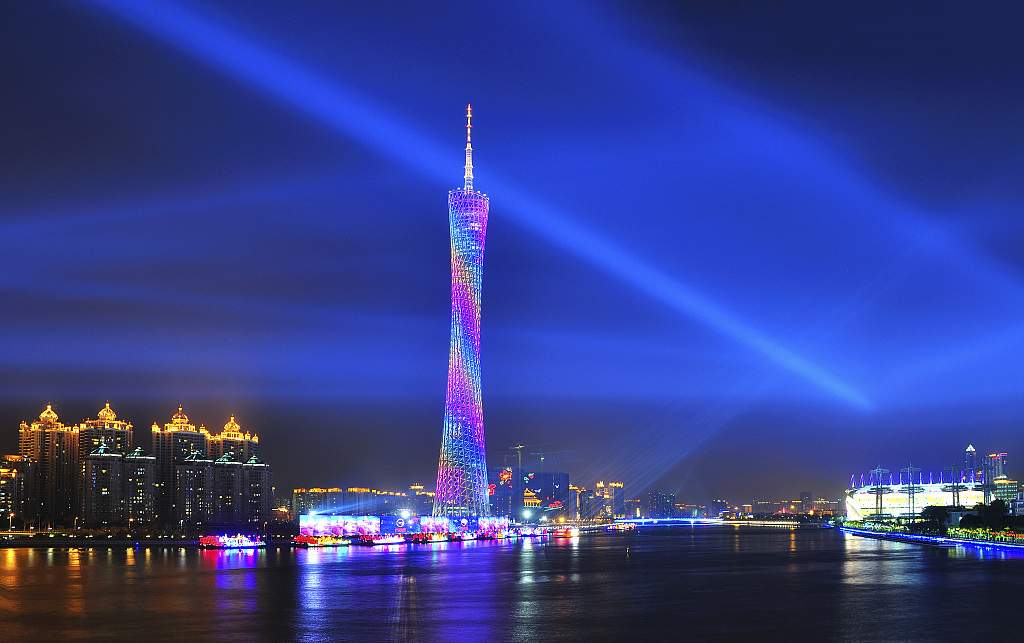 After the countdown, visitors in Beijing can go to places like Nanluoguxiang, Gulou and Houhai for midnight BBQ (you can even try tasting traditional Beijing snacks)! In addition, some rooftop bars such as Migas Mercado and FEZ bar in Beijing are some of the best places to enjoy both fun and a sky-high vibe. 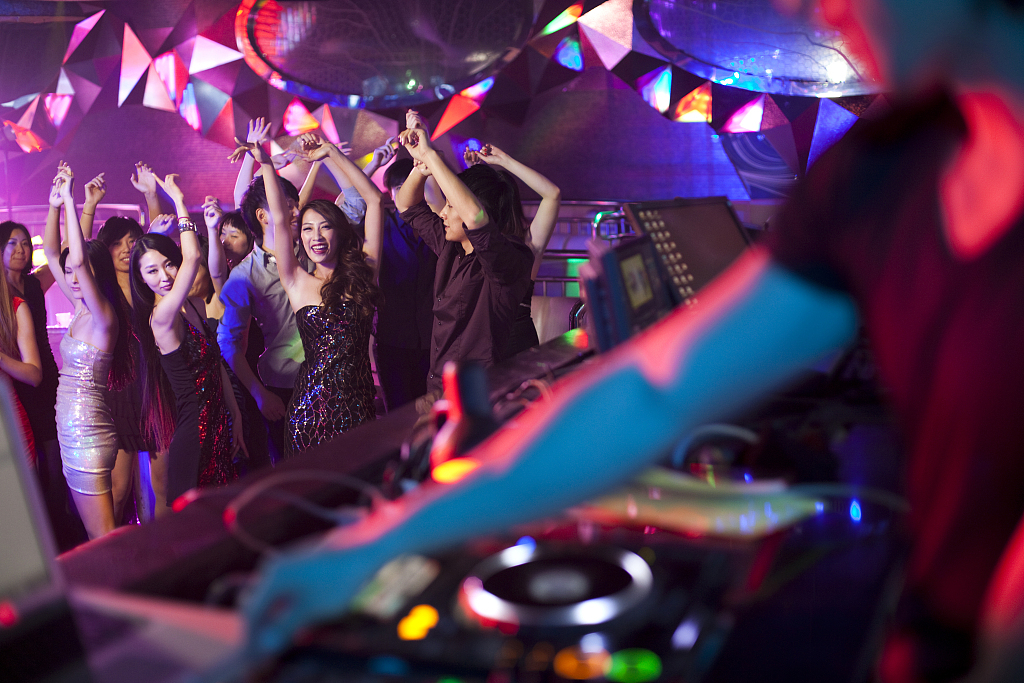 People celebrate at a bar.

People celebrate at a bar.

Shanghai's Yu Garden, one of the oldest, most popular and traditional spots in the city, will offer many traditional street food and eating options for visitors. 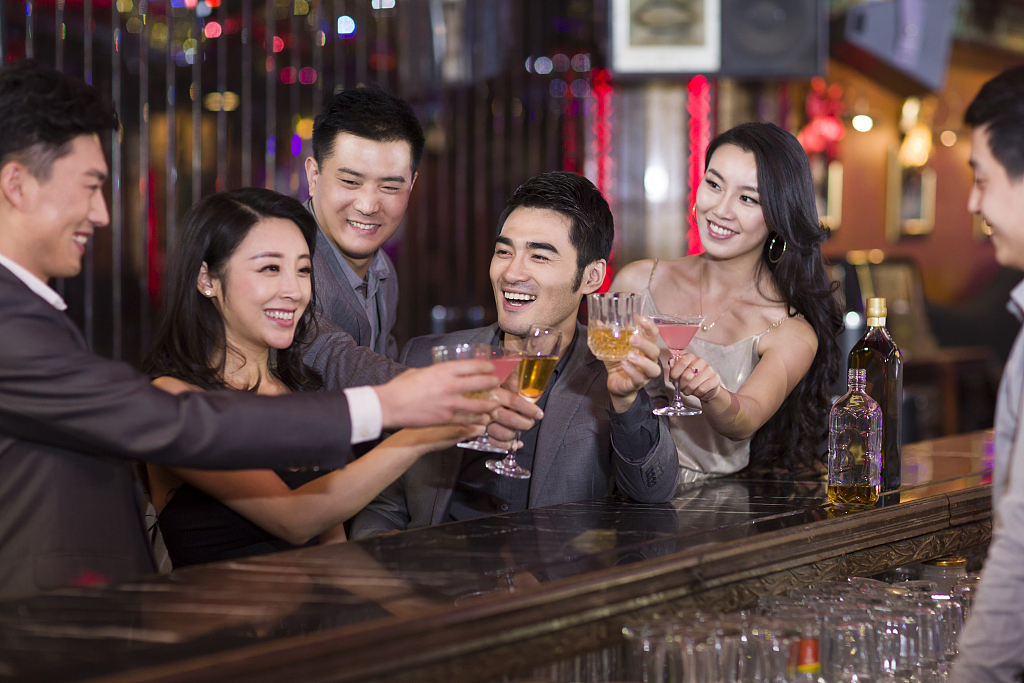 People drink a toast to celebrate the New Year.

People drink a toast to celebrate the New Year.