'Didn't settle as living beings, but won't wander as souls': A Taiwan veteran tells his story
By Yang Xuemin 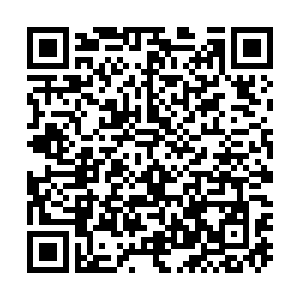 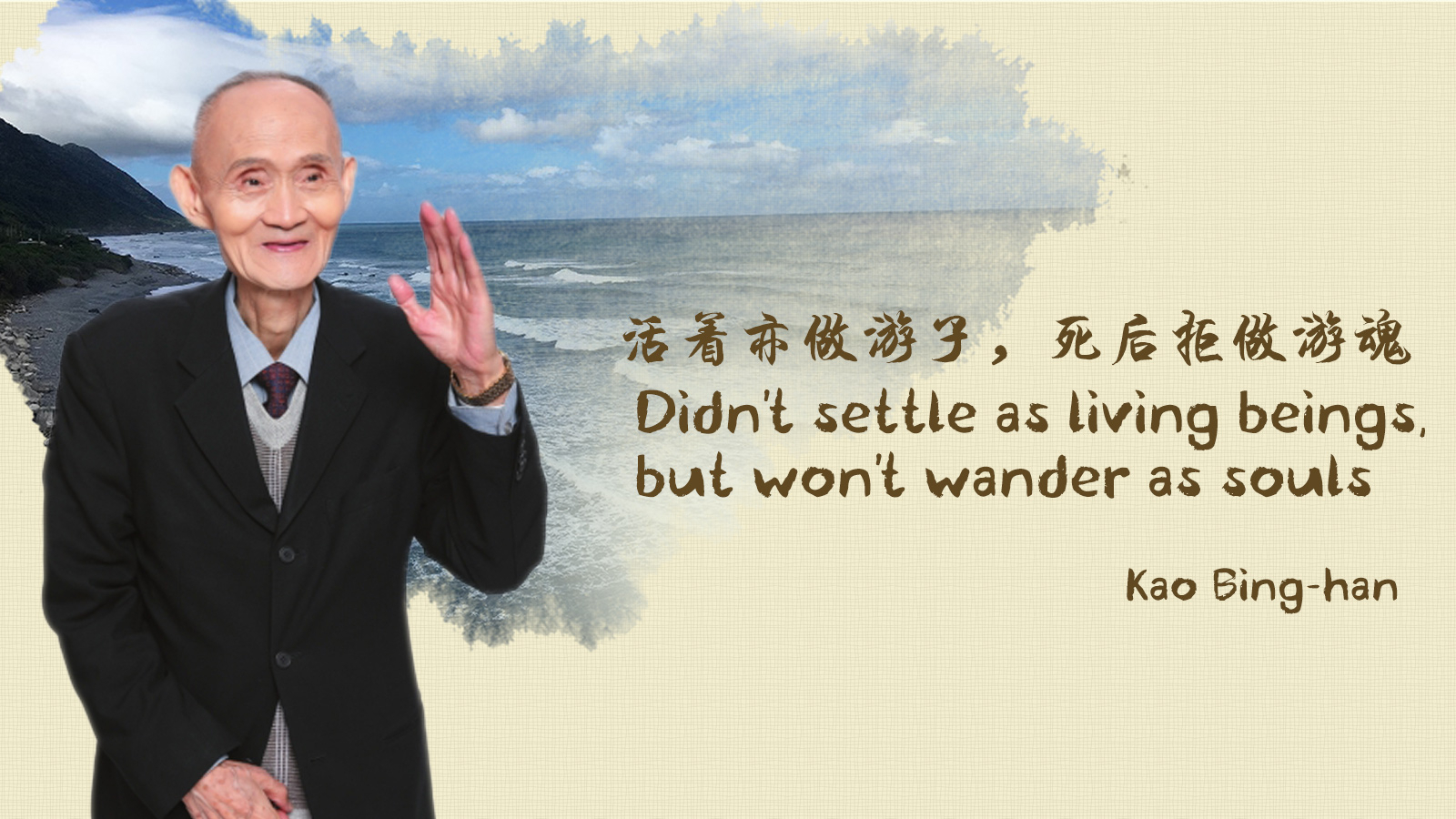 Having voluntarily brought back ashes of more than 120 countrymen from Taiwan to the Chinese mainland since 1991, 86-year-old lawyer Kao Bing-han from Taiwan, who has been described as a "saint" by his older sister, has more than earned the title of "Touching the Heart of China," China's version of Time's Person of the Year award.

To date, even at his advanced age, Kao still brings back the ashes of deceased Chinese veterans to their birthplaces on the Chinese mainland. Most of the veterans were unmarried all their life, as the Chinese Kuomintang (KMT) party had ruled that only officers were allowed to wed.

The regulation, which was made in 1952, was one of the measures to prevent soldiers from being distracted by marriage so that they would stay in Taiwan after the Communist Party of China (CPC) defeated the KMT, forcing them to retreat to the island in 1949. 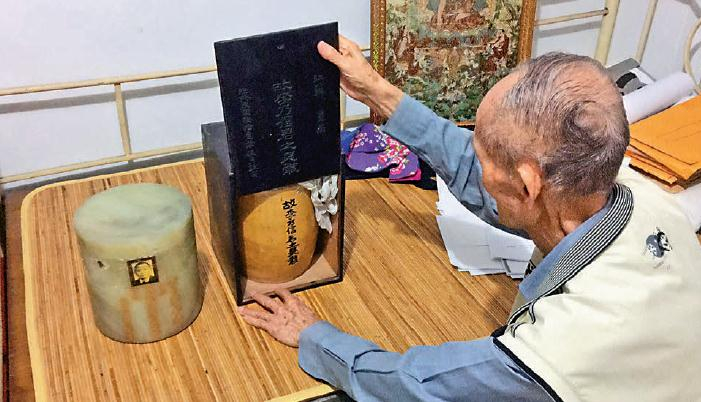 Kao Bing-han places several ash urns in his basement before he brings them back to the Chinese mainland. /Xinhua Photo

Kao Bing-han places several ash urns in his basement before he brings them back to the Chinese mainland. /Xinhua Photo

Bringing ashes back to the Chinese mainland

There is a saying among soldiers, "Didn't settle as living beings, but won't wander as souls." When the soldiers arrived in Taiwan, it was already too late for many of them get a promotion to officer. So, many of them asked Kao to bring their ashes back to their homeland when they die.

In 1991, he sent the first urn back to the Chinese mainland.  It was the ashes of a soldier named Wu Chüan-wen."His life was so terrible that he drank a lot and really missed home," Kao said.

Kao said Wu tried to find his parents when the two sides opened in the 1990s. He found out that his mother was still alive but was paralyzed on one side of her body, and his father had died. After learning about his mother, Wu decided to return to the homeland, meeting his mother at Lanzhou Airport during Mid-Autumn Festival.

Wu bought his ticket home three months ahead of time. However, he died 15 days before his departure due to lung cancer. Kao took care of his funeral and bought a ticket on the same flight to bring Wu's ashes back to his mother.

"On the flight back to Taiwan, I was thinking of myself. I thought she is so lucky that she at least saw her son's bones, but my mother passed away before she saw my bones," Kao said with tears in his eyes.

Kao's mother died in 1978 just a year before he sent a letter home through his schoolmate who worked in the U.S. At that time, diplomatic relations between China and the U.S. had been established, but Taiwan and the Chinese mainland were still disconnected. 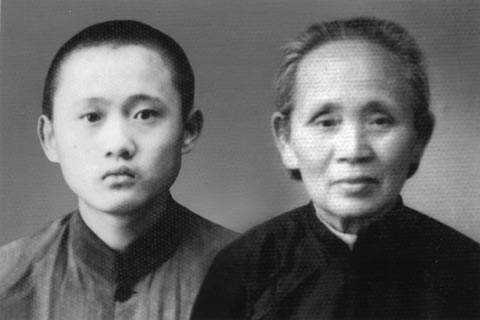 A photo of Kao Bing-han (L) and his mother taken in September 1948. /Photo courtesy to Kao Bing-han

A photo of Kao Bing-han (L) and his mother taken in September 1948. /Photo courtesy to Kao Bing-han

Bitter stories behind the ashes

Due to the civil war from 1945 to 1949 and the following blockade between the two sides, tens of thousands of families were split up. Kao told CGTN that a friend of his named Sang Shun-liang waited for his fiancee his whole life and kept it a secret until he was near death.

Sang was a military officer who was eligible to get married, but he refused many girls, which made people around view him as a crank. However, days before his death, he asked Kao to send his ashes back to his fiancee on the Chinese mainland and disclosed that he had made an oath not to marry anyone but her.

The couple lost contact in 1949 when Sang left for Xuzhou, an eastern city in China, to attend a military train, but the military situation suddenly changed, and communication and transportation were cut off. After more than 40 years of separation, his ashes and bones were finally sent back to his beloved.

"Her hair was all gray, and she didn't get married, either. She waited for him all her life," Kao said. "She didn't cry, but her eyes were full of tears when I gave the urn to her. She held the marble urn with a portrait on it that looked like a young girl who was with her lover.”

Wearing a traditional Chinese wedding dress, the woman held an overdue wedding ceremony with the ashes the next day in the presence of Kao. She died several months later after decades of desolation and sadness. 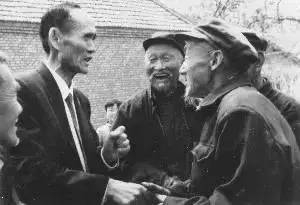 Kao Bing-han went back his birthplace in Heze City, Shandong Province, for the first time in 1991. /Photo courtesy to Kao Bing-han

Kao Bing-han went back his birthplace in Heze City, Shandong Province, for the first time in 1991. /Photo courtesy to Kao Bing-han

A blood bond can never be broken

Devastated by the tragedies of war, the veterans lead miserable lives, Kao said.  A powerless observer himself, Kao said he shed many tears for them. Now, he is too old to carry more ashes back to the mainland, so he built an association named Hui Yuan, which means fishes travel back to their birthplaces to light up the way home for the veterans.

"For the veterans, the two sides are always one family," said Kao, adding he is keen to see the unity of the two sides.

Although the current Taiwan authority has been trying to cut ties with the Chinese mainland, nonofficial communication has never ceased. According to the Chinese Academy of Educational Sciences, the number of students from Taiwan studying in mainland universities in 2018 is five times higher than in 2017, and experts say the trend is mainly due to the vast job market and promising prospect of self-development on the mainland.

China recently unveiled "26 Measures" to make it more convenient for Taiwan residents to travel, buy houses and attain evaluation of their professional titles on the Chinese mainland. The measures also allow Taiwan-funded companies to take part in financial, technical and many other projects on the mainland.

"The lawyers in Taiwan can work on the mainland; Doctors can also go to the mainland to seek a job. Their professional titles and certifications are valid there," Kao said, "The young are not afraid of having nothing to do on the mainland."

He told CGTN that the current Taiwan authority can't play the fool with its people because people will suffer if Taiwan separates from China. He said it's impossible for Taiwan to achieve it since the two sides share the same history and same ancestors.

"I'm a firm supporter of the unity of the two sides, but I'm afraid that I may not see it before I die," Kao said.