Xi Jinping: 2020 a 'year of milestone significance' for China
CGTN 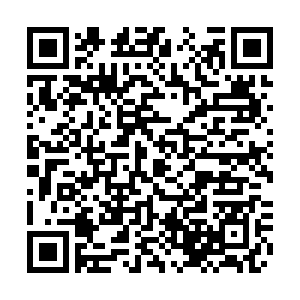 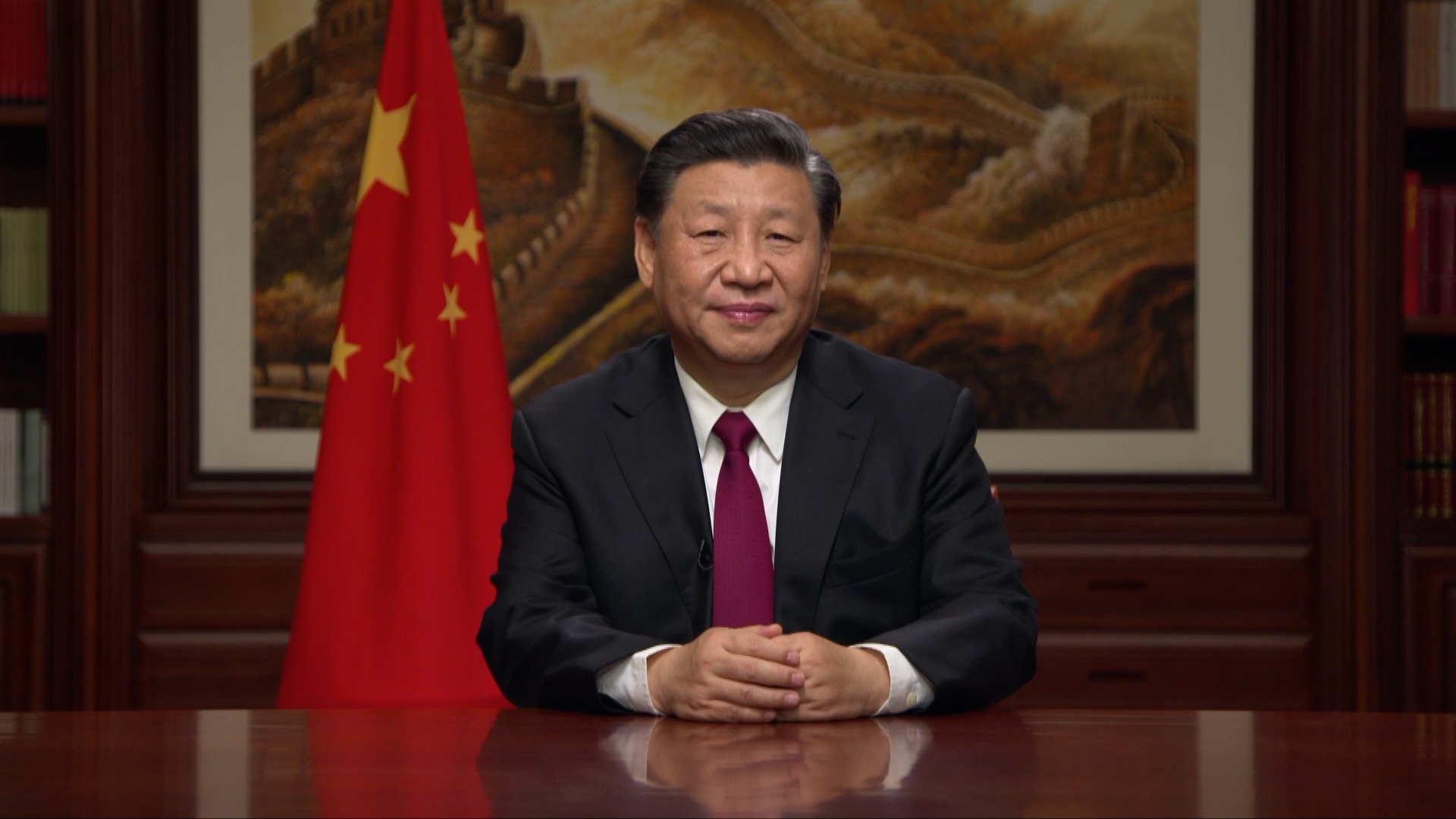 2020 will be a "year of milestone significance" for China, President Xi Jinping said in his New Year address on Tuesday evening, signaling that the elimination of poverty would be at the forefront of the national agenda over the next 12 months.

In his longest New Year speech to date, President Xi reflected on the past year, picking out the People's Republic of China's (PRC) 70th anniversary celebrations as the "most memorable moment," and looked ahead to 2020's challenges and opportunities.

Analysis of the keywords used in the speech – discounting the general terms 'China' and 'World' – suggests 'Development,' 'Poverty' and 'Hong Kong SAR' were standout themes, while 'Beijing' and 'Macao SAR' also made the top five. 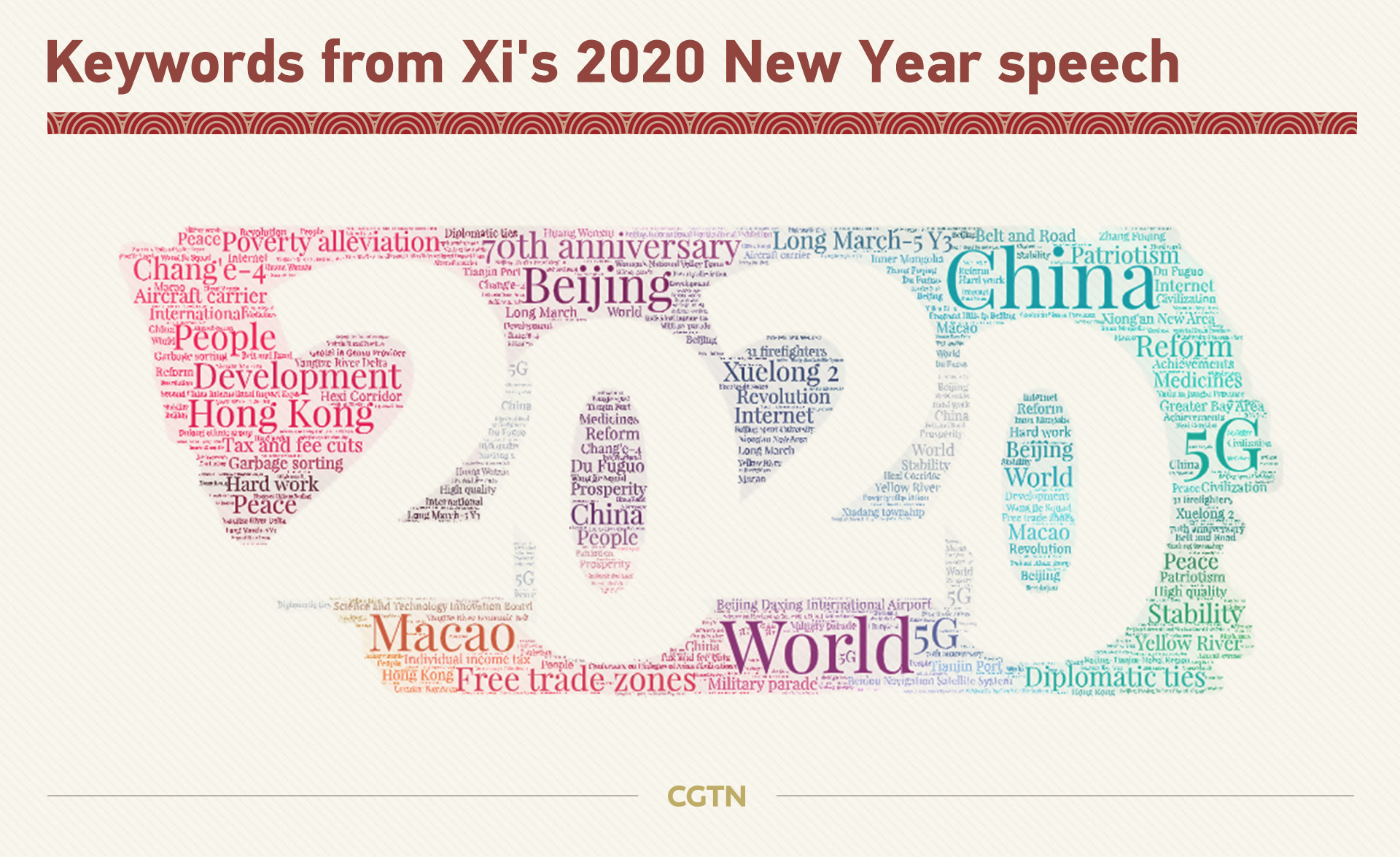 A key year lies ahead for China, including the deadline for the goal of eliminating extreme poverty. "We will finish building a moderately prosperous society in all respects and realize the first centenary goal" in 2020, Xi said, adding that it "will also be a year of decisive victory for the elimination of poverty."

'Poverty' was used five times during a speech in which the president paid tribute to Huang Wenxiu, a local official dedicated to poverty alleviation who died in a flash flood in 2019. He added that in the past year about 340 counties and around 10 million people were lifted out of poverty. 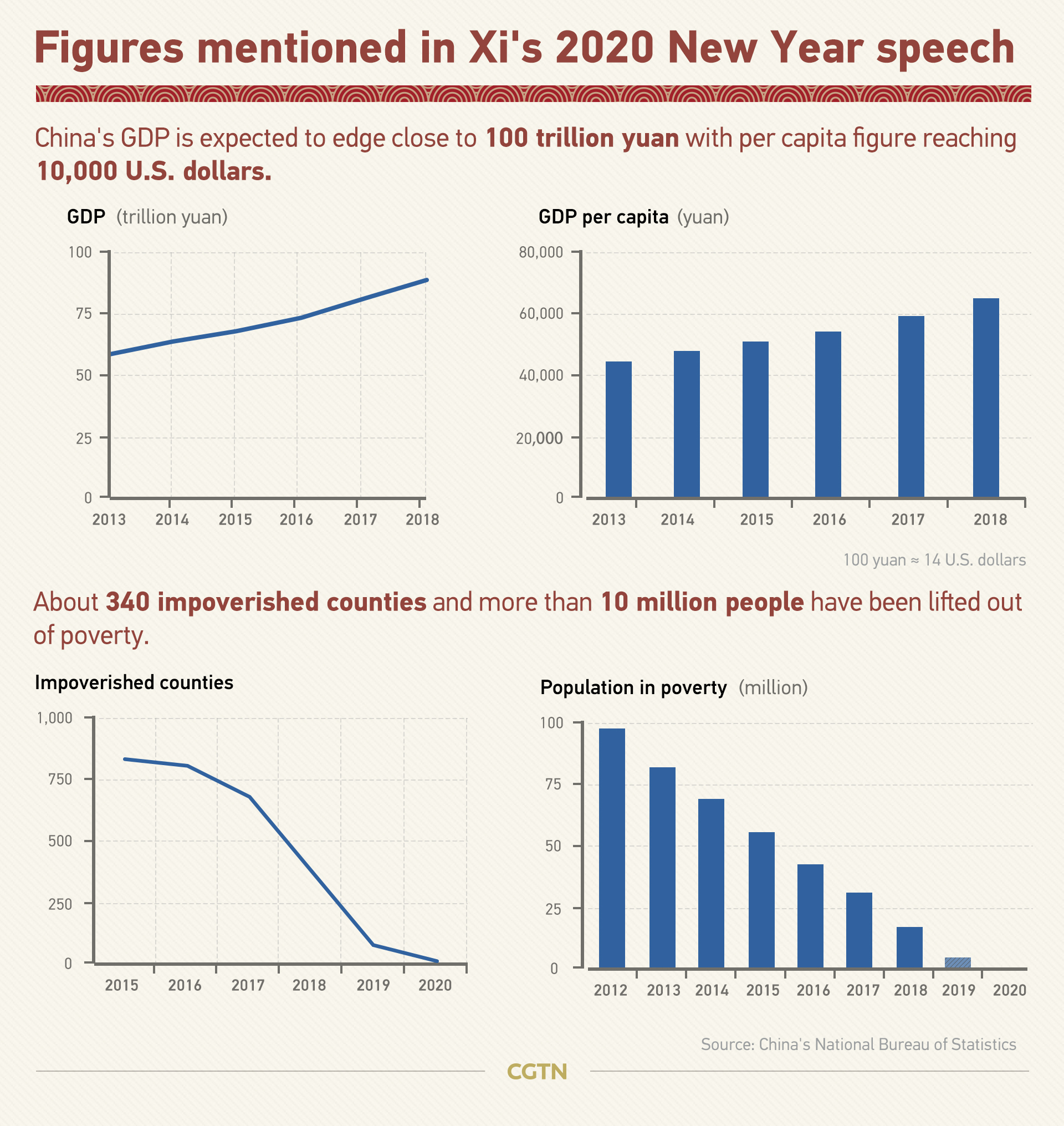 Reform and opening-up continued to benefit individuals, he added, with several new measures put in place in 2019 to ease the burden on ordinary people.

Tax cuts worth more than 2 trillion yuan were implemented, the threshold at which income tax is paid was increased, and action was taken both to reduce the cost of medicine and increase internet speeds. 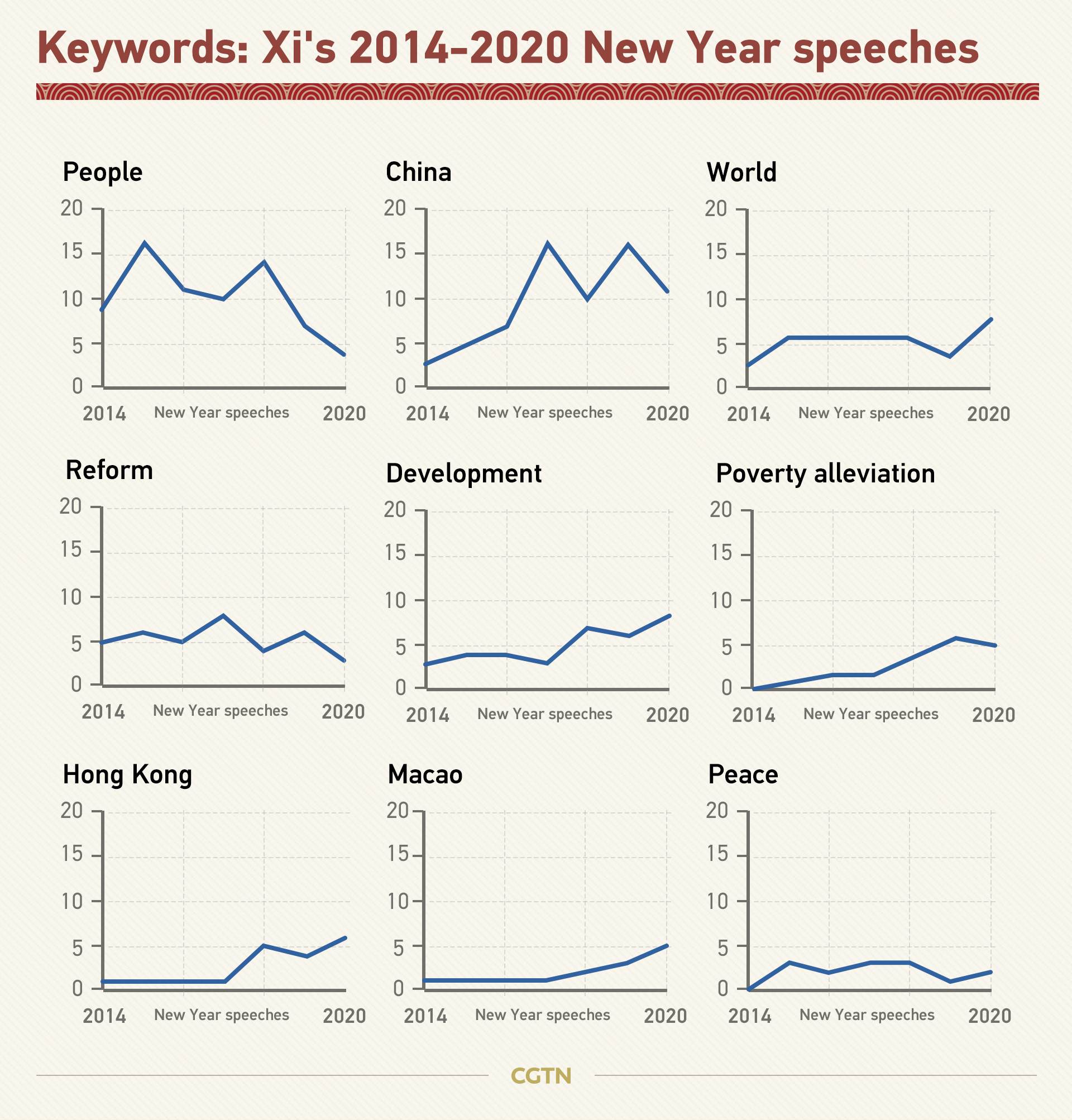 The importance of the situation in Hong Kong SAR was indicated by the increased mentions of the region, hitting six in Tuesday's speech compared to four last year and once in each year between 2014 and 2017. Macao, which celebrated the 20th anniversary of its return to the motherland on December 20, was name-checked five times.

Reflecting on the situations in China's two SARs, Xi said the successful application of the "One Country, Two Systems" principle in Macao showed the policy is "fully applicable, achievable and popular."

He added that "our hearts have all been concerned about the situation in Hong Kong" and said "without a harmonious and stable environment, how can people live in peace and enjoy their work!"

Looking back at 2019, Xi highlighted the National Day celebrations to mark 70 years since the founding of the PRC as the standout moment of the year.

"We cheered for the glorious achievements the People's Republic of China has made over the past 70 years," he said, "and were overwhelmed by the sheer force of patriotism.”

It has been an important year for the ongoing reform of China's military, which played a central role in the National Day parade in Beijing. Both the People's Liberation Army (PLA) Navy and Air Force celebrated their respective 70th anniversaries meanwhile, and the first China-made aircraft carrier entered service.

The president also touched on diplomacy, noting that China has now established ties with 180 countries, stressing that the country "has friends in every corner of the world" and emphasizing China's willingness to join with other nations to build the Belt and Road Initiative.

2019 was also a year of achievements in space, technology and infrastructure, Xi said, including landing the Chang'e-4 probe on the far side of the moon, a first in human history, as well as the launch of the Long March-5 Y3 rocket and the opening of the Beijing Daxing International Airport.

Xi also noted that 5G connectivity, rolled out in 50 Chinese cities from November, has quickly accelerated towards commercial application.