From Deng to Xi, a look back at 40 years of reunification efforts across Taiwan Strait
By Liu Yuyao 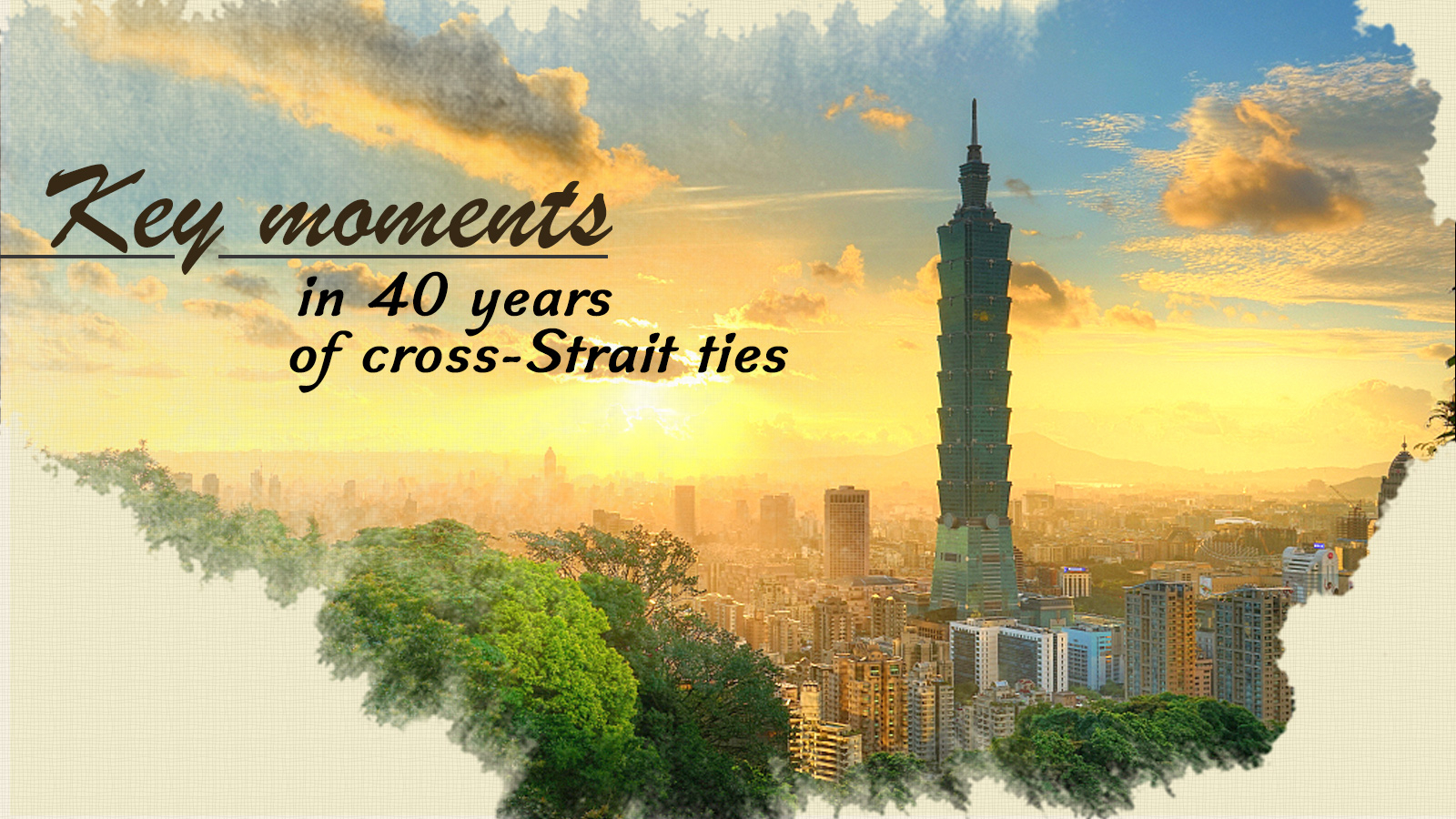 "China must be and will be reunified," Chinese President Xi Jinping noted early in 2019 in a speech on cross-Strait relations, calling for joint efforts across the Taiwan Strait to advance peaceful national reunification.

Decades after 1949, when a shallow strait blocked the way home for people on the Chinese mainland and Taiwan, the homesickness of decades turned into the infinite regret of tens of millions of people.

Over the past 40 years, solving the Taiwan question and realizing the complete reunification of China has long become the deep calling and common aspiration of all Chinese people, both in the country and overseas.

Peaceful development at the core of cross-Strait relations

On New Year's Day in 1979, the Standing Committee of China's National People's Congress (NPC) issued a "Message to Compatriots in Taiwan," proclaiming major policies for the peaceful reunification of China.

The early 1980s witnessed the birth of the concept of "One Country, Two Systems" put forward by late Chinese leader Deng Xiaoping. Taking into full consideration the history and realities of Taiwan, this highly flexible concept opened up a new approach to realize China's peaceful reunification. First implemented in Hong Kong and Macao, the design has ushered the two regions into a new development era.

Following the path of peaceful development under the one-China principle has become an important stage of the national reunification. 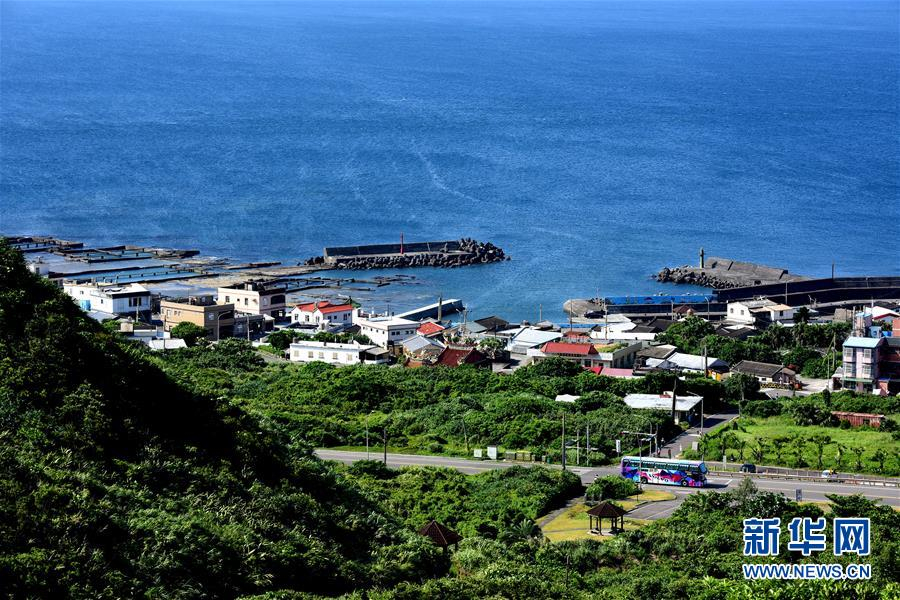 From thawing to integration

It was a momentous occasion for the first group of Taiwan residents to reunite with their families on the mainland in 1987 after Taiwan authorities lifted travel restrictions for those with relatives on the mainland.

Eagerly awaiting the decision, they were warmly welcomed to the mainland after a 38-year-long severance across the Strait.

When the isolation was broken, contact between people across the Strait, as well as economic and cultural exchanges, developed. But some problems also appeared. To solve these problems, the Chinese mainland-based Association for Relations Across the Taiwan Straits (ARATS) and the Taiwan-based Straits Exchange Foundation (SEF), founded in 1991 and 1990, were entrusted to handle cross-Strait affairs.

In 1992, the ARATS and the SEF reached the "1992 Consensus" reflecting the adherence to the one-China principle and the pursuit of the national reunification by both sides.

A year later, a talk between the chairmen of the two institutions, Wang Daohan of ARATS and Koo Chen-fu of SEF in Singapore witnessed a series of accords on exchange and cooperation, setting a precedent for high-level contacts and equal negotiation across the Strait.

The 21st century has ushered China into a new era. Despite rapid development on the mainland, Taiwan still tugs at the heartstrings of all the Chinese people as national reunification has not been completely realized.

In 2008, the "Three Links" were officially established, with the commencement of direct shipping, flights and posts, which has brought about irrevocable economic integration between the two sides. Ten years on, the trade volume between the mainland and Taiwan saw the record high of 226.2 billion U.S. dollars. Furthermore, the establishment of the Economic Cooperation Framework Agreement (ECFA) has institutionalized the economic interdependence across the Strait.

Such friendly interactions have injected new vitality into cross-Strait ties. In November 2015, Xi met then Taiwan leader Ma Ying-jeou in Singapore. Hailed as a milestone in cross-Strait relations, this meeting highlighted cross-Strait peace and delivered goodwill, writing a new chapter of the Chinese nation's history. 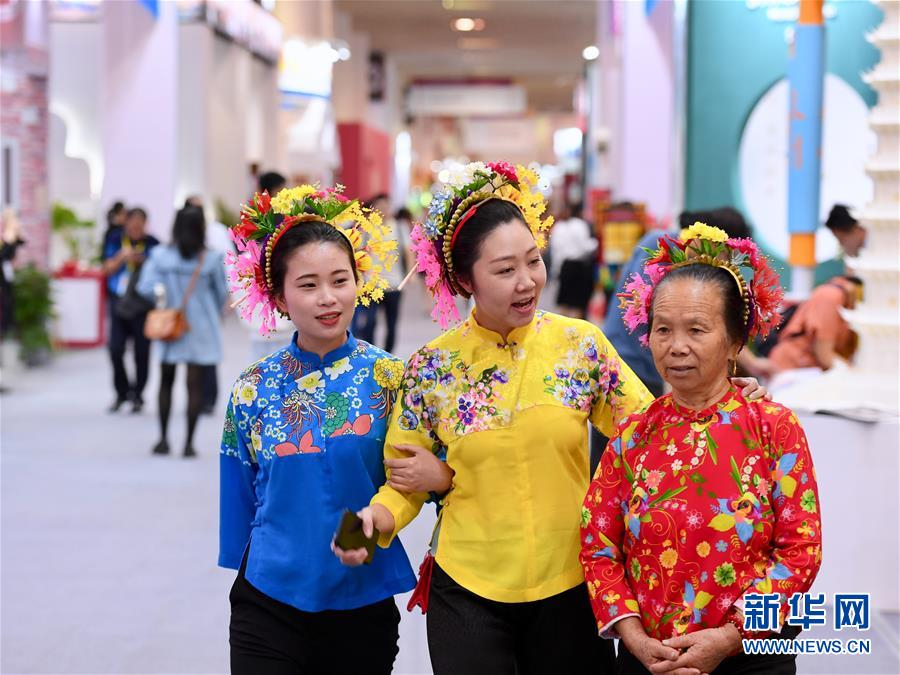 Owing to reform and opening-up for more than 40 years, China's overall national strength and people's living standards have made substantial progress. China has repeatedly made clear its position on the Taiwan question that it concerns China's core interests and allows no external interference.

With the elevation of China's comprehensive strength and international influence, the international community has more than ever reached the consensus that there is only one China in the world, and Taiwan is an inseparable part of China.

Cross-Strait exchanges and cooperation have made much headway in the past decade or so. However, there are always dissonant sounds made by "Taiwan independence" separatist forces, casting a shadow over cross-Strait relations and the national reunification.

Entering new century, China has put curbing "Taiwan independence" and any other separatist attempts in a more prominent position. In 2005, China's National People's Congress adopted the Anti-Secession Law, setting a legal framework to prevent Taiwan from being seceded from China.

Any attempt to seek "Taiwan independence" will only meet a dead end as solving the Taiwan question so as to realize China's full reunification is the irresistible trend of the times, as is the longing rooted in the hearts of all the peace-loving people across the Strait.

Despite the long-standing political differences, the last decades witnessed compatriots on both sides of the Strait breaking down their isolation, shelving divergences and engaging in increasingly extensive exchanges and cooperation.

In 2013, President Xi proposed the Chinese Dream targeting the goal of "great renewal of the Chinese nation." Solving the Taiwan question and achieving complete reunification of the country is essential to realizing national rejuvenation.

The mainland and Taiwan belong to one China. With the joint efforts of all Chinese people, the day will certainly come when China is completely reunified.