America is sowing chaos in Iraq yet again
Tom Fowdy 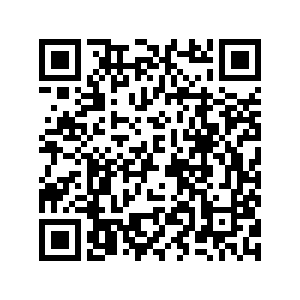 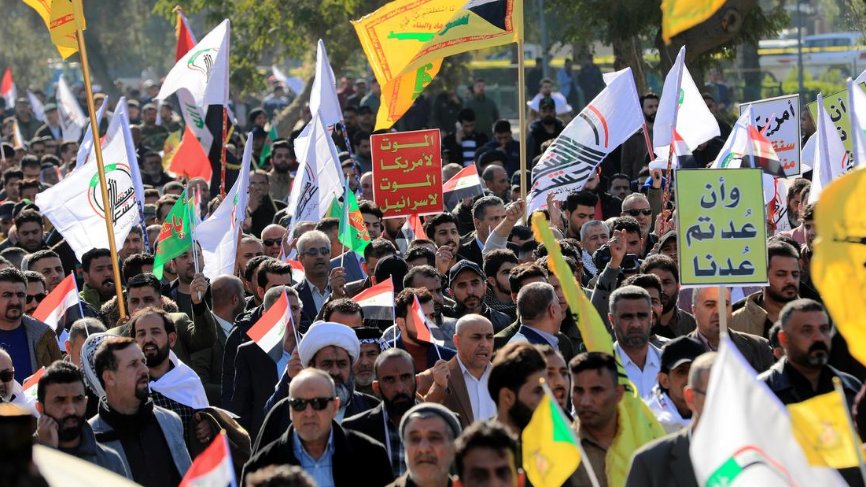 On Tuesday, an angry protest gathered outside of the United States embassy in Baghdad, Iraq, protesting an unauthorized drone strike by Washington a day before targeting an alleged militia group. The Iraqi government protested the act as a violation of their national sovereignty and stated it will reassess its ties with the United States. As embassy officials were evacuated, the subsequent protests sought to blockade the building and forcefully enter, with U.S. Army Special Forces and Marines repelling the crowd with tear gas.

U.S. politicians reacted with outrage to the development, accusing the protests of being an orchestrated "terror attack" solely at the behest of Iran, completely dismissing any apparent local grievances behind the incident. President Trump has threatened to respond to Tehran accordingly, setting a worrying tone for the beginning of 2020. Almost immediately, the White House announced an increased troop deployment to neighboring Kuwait.

Not only are America's actions and responses deeply ironic, but they're also endemic of a deeper opportunism and failure to comprehend the realities of the country. Iraq is a Shia majority country which gives Iran, also a Shia majority country, an organic affinity to it. In tandem with this, Washington's unilateral pressure campaign against Tehran is naturally seen as an affront against Shia Islam which inevitably escalates anti-American sentiment within Iraq.

As a result, they fail to understand that the more aggressive against Iran and Shia groups they become, the more likely they are to lose public support in Iraq. Playing the Iran card is easy, but the end product will be that America will be vacuumed into yet another Middle Eastern quagmire which will inflict further damage on its global credibility, reputation and a continuing distraction from foreign policy priorities elsewhere. 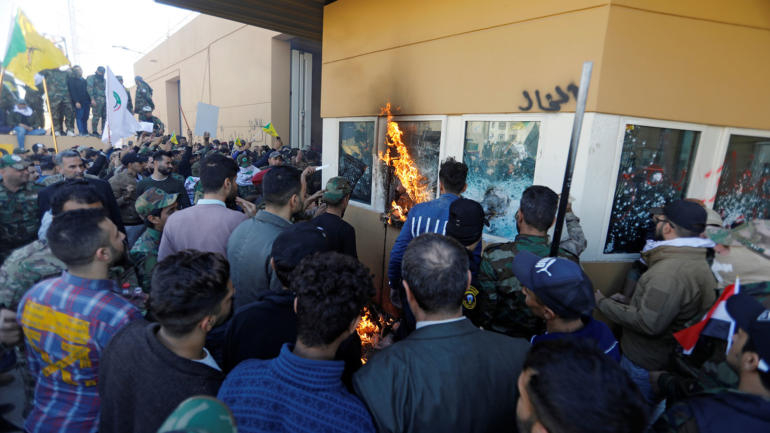 Protesters and militia fighters attack a reception room of the U.S. Embassy, during a protest to condemn air strikes on bases belonging to Hashd al-Shaabi (paramilitary forces), in Baghdad, Iraq, December 31, 2019. /Reuters Photo

Protesters and militia fighters attack a reception room of the U.S. Embassy, during a protest to condemn air strikes on bases belonging to Hashd al-Shaabi (paramilitary forces), in Baghdad, Iraq, December 31, 2019. /Reuters Photo

Iraq is an unstable country owing to its origins as an artificially created British client state which lumped antagonistic ethno-sectarian groups together under a government structure perceived as illegitimate. In over 100 years, little has changed, with Western countries continuing to place strategy and economic interest over a feasible and pragmatic resolution to the country's woes. Repeated military interventions have only served to exacerbate, than to seriously address fragile governance and sectarian conflict, with the country's Shia majority constantly at odds with the Sunni minority.

While ISIL (a Sunni group) was largely defeated in 2018, nevertheless Washington's unilateral and illegitimate pressure campaign against Iran, and opt for repeated escalation, has induced unrest among Iraq's Shia population. Religious affinity and geography make Iranian influence in Iraq, inevitable and natural. The White House's idea that they can "remove this" is fanciful, save they restore a non-democratic Sunni minority rule which was how it was under Saddam Hussein.

Thus, U.S. foreign policymakers have underestimated how their recent actions have induced anti-American sentiment among Shia Muslims. Therefore, when a drone strike targeted a Shia militia group against the sovereign will of the Iraqi government (also Shia dominated) they provoked a belligerent response from locals. Saying that Iran is purely responsible is false, as it is dismissive of sentiment on the ground. While it works to a Western audience (as the mainstream media is supporting Washington's narratives) it does not change anything on the ground.

The result is that the White House, blaming Iran, are likely to escalate further by some means. They are using it as political capital in their anti-Tehran campaign, using the low hanging fruit and racial induced stereotypes of "terror" to make their case. This may induce a disturbing and worrying start to 2020.

It of course, fails to acknowledge the lessons of history. Every American intervention or kinetic action in Iraq has ended in disaster to the extent it has sowed the seeds of greater instability, and thus created a new crisis building up to yet another intervention.

Thus, 2019 ends and 2020 emerges with yet another American induced cycle of violence in the Middle East. A potential path to conflict in Iran will not make the situation go away, and will not change Iraq for what it is. When you look at the bigger history, perhaps the protesters have a point after all in just hoping America will "go away," than being lumped into the simplistic box of "terror."