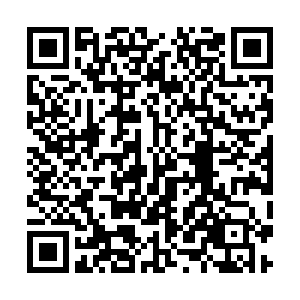 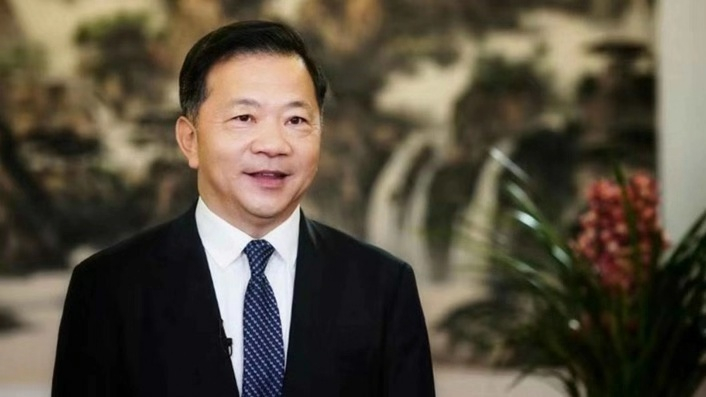 Here is his message in full:

2020 is an auspicious and happy number. This is because its Chinese pronunciation has the same ring as "Ai Ni Ai Ni," meaning "love you love you." On this New Year's Day, I would like to extend to you my best wishes from Beijing on behalf of China Media Group.

The history of humanity is a record of one significant moment after another. 2019 had many such moments, which have become our indelible memories.

On October 1st, we celebrated the 70th anniversary of the founding of the People's Republic of China. Together, we enjoyed audio-visual feasts that charted the extraordinary journey of the People's Republic over the past 70 years, through works produced by China Media Group such as the multilingual documentary "Historic Journey", and the 4K ultra-high definition film, "When China Wows the World: The 2019 Grand Military Parade", made from our live broadcasts.

I have also received many sincere wishes sent by you, our friends around the world. I remember getting an email from Italian China expert, Francesco Maringio, in which he said, "I would like to applaud the brilliant achievements made in the 70 years since the founding of the People's Republic of China. I think the Chinese people have every reason to be proud."

Over the past year, we have tried hard to capture each of China's marvelous moments as it made its way forward. We've strived to present a true, multi-dimensional, and panoramic view of China in this new era.

Using the latest broadcasting technology, such as 5G networks, 4K and 8K video, and artificial intelligence, we brought you coverage of major events such as the second Belt and Road Forum for International Cooperation, the Conference on Dialogue of Asian Civilizations, and the celebration of the 20th anniversary of Macao's return to China.

Our multilingual video series, including "Classics Quoted by Xi" and "Every Treasure Tells a Story", opened one window after another for you to gain an in-depth understanding of China's modern-day values and ideas as well as its long history and rich culture. We also hosted innovative interactive events to mark the 70th anniversary of the founding of the People's Republic and 70 years of diplomatic ties between China and Russia, and we introduced you to our new livestreaming stars. By reaching out to our audience in this way, we have gained even more overseas friends who are interested in China.

Although China Media Group was established only two years ago, we are fully aware that in the Internet age, it's not enough to just make progress. If you don't move quickly, you'll soon fall behind.

Bearing in mind President Xi Jinping's mandate to innovate and to make good use of the opportunities provided by new media, we are speeding up our efforts to become a new kind of world-class mainstream media organization, one that is driven by innovation.

In 2019, we opened China's only national key laboratory for ultra-high definition video and audio. We launched a user-friendly 5G audio-visual new media platform called "Yangshipin". And we began to air more than 200 new high-quality programs, as we strived to provide you with bright, exciting, and inspiring productions.

We have always adhered to the principle of reporting on major events in a comprehensive, objective, and impartial way. We conduct exchanges with our counterparts at home and abroad on the basis of equality and with an open-minded and cooperative attitude.

Over the past year, I have talked with executives from over 150 international media organizations, including the Associated Press, Reuters, Agence France Presse, and the British Broadcasting Corporation. We have found more and more common ground, and expanded our circle of friends.

That said, I regret to see that some sections of the Western media have seemed to suffer from "selective blindness" when covering some events related to China. Some have even published hearsay and rumors as news, resulting in distortions and inaccuracies. Some of these stories are as fanciful as novels.

We all believe that facts are the lifeblood of journalism, and that relying on imagination to produce news does serious harm to the media's credibility with the public. Every executive of the news industry should be vigilant in adhering to the ethics of our profession.

As the 18th century British essayist William Hazlitt once said, "Prejudice is the child of ignorance." Pursuing truth and eliminating prejudice is commendable work. China Media Group will continue to take an objective and impartial stand to report the truth to the international community, and to be a voice of justice in the world.

More than 1,200 years ago, the Tang Dynasty poet, Zhang Jiuling, wrote, "Distance cannot separate true friends who feel close even though they are thousands of leagues apart."

We're lucky to be able to meet and to know each other on this planet. When I visited Brazil and Argentina, I was delighted to see that the jacaranda and bougainvillea they have there are the same as the ones I saw when I worked in Guangdong Province, and our catbirds have the same call. In Italy and Spain, I tried rice wine and ham that taste similar to what you can find in my hometown in Zhejiang Province. In these moments, the idea of the "global village" feels so concrete and real. There's no reason why the residents of our global village shouldn't communicate and mingle.

I've always believed that exchanges between members of the media can remove misunderstandings and prejudice, and turn more people into friends.

2020 marks the end of the decisive phase of the work to build China into a moderately prosperous society in all respects. It's also the year when our country, with its population of 1.4 billion, will eliminate absolute poverty, an achievement that will be unprecedented in human history.

By upholding a professional standard defined by constant improvement and the pursuit of perfection, China Media Group will continue to record the significant moments of our time, as it brings you the stories that matter from China and the rest of the world, and provides more positive energy for building a community with a shared future for humanity.

May there be love everywhere in the world in 2020!

I give my best wishes to China, to the world, and to all of you!