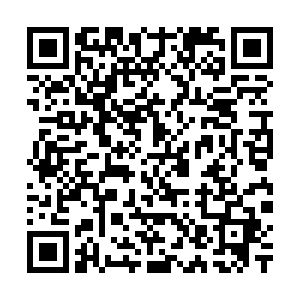 Established in 1991, ANTA is now the world's third-largest sportswear company. Since taking over FILA's Chinese operations in 2009, the company has stepped up its acquisition of foreign brands.

ANTA's retail sales in the third quarter of 2019 increased by 10-20 percent year on year, with the retail amount of FILA brand surging from 50 to 55 percent compared to the same period last year.

The sportswear giant was listed on the Hong Kong Stock Exchange in 2007, with an estimated valuation of 12.5 billion U.S. dollars. As early as the 10th anniversary of the listing, ANTA put forward its globalization strategy.

Overseas acquisitions make ANTA the owner of a portfolio of well-known sports brands, including Wilson tennis rackets, Salomon ski boots and Arc'teryx outdoor gear. The company also bought Finnish firm Amer Sports for 4.6 billion euros (5.15 billion U.S. dollars) in March 2019. Prior to that, it set up a joint venture with Japanese winter sports brand Descente in 2016, and with South Korean outdoor brand Kolon Sport in 2017.

Right now 60 percent of ANTA sales come from China, and it is growing above the industry average. According to Euromonitor, sales in China's sportswear market reached 265 billion yuan (40 billion U.S. dollars). Being the largest Chinese sportswear brand by sales, ANTA takes up about 10 percent of the Chinese market.

In the future, James Zheng, president of ANTA Group, wants not just the company's acquired brands to do well internationally, but the ANTA brand as well. The goal is to make overseas sales constitute 20-30 percent of its total sales.

(CGTN's Biztalk contributed to this story.)