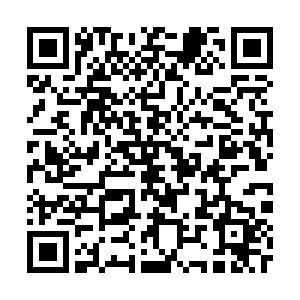 Supporters of Iranian-backed Iraqi paramilitary groups who stormed the U.S. embassy's perimeter in Baghdad, Iraq and hurled rocks and petrol bombs into the compound, in two days of protests, withdrew on Wednesday after Washington dispatched extra troops and threatened reprisals against Tehran.

Iraq cries out for unity

The demonstrators, angry at U.S. air strikes against the Tehran-backed Kataib Hezbollah group, in which at least 25 people were killed, threw stones at the building while U.S. forces stationed on the rooftops fired tear gas to disperse them. 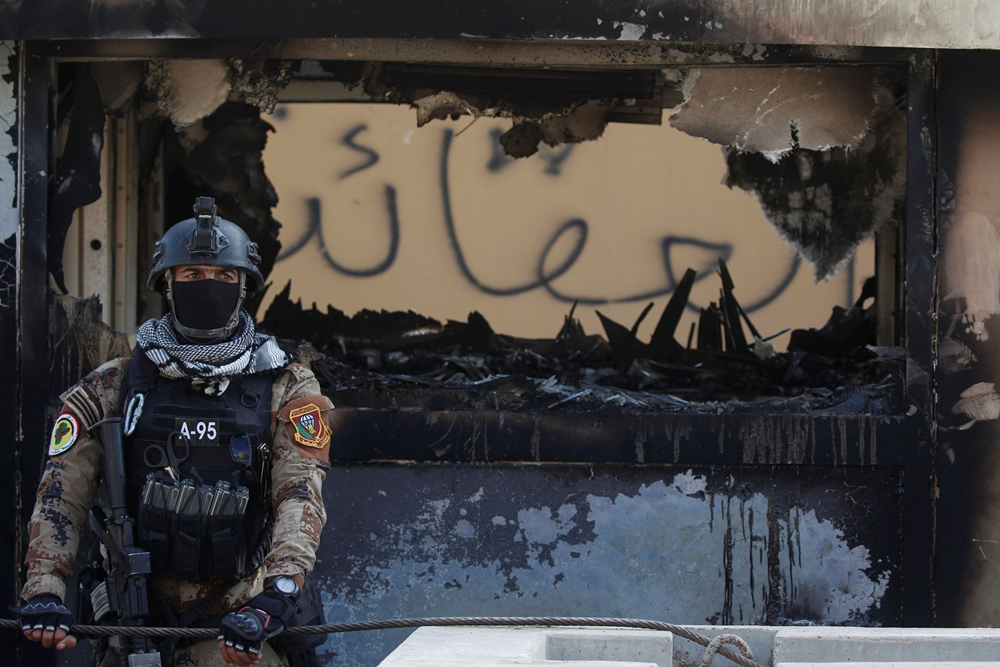 By mid-afternoon, most appeared to have obeyed a call to withdraw, issued by the Popular Mobilization Forces (PMF) umbrella group of mainly Shi'ite militia, which said the demonstrators' message had been heard.

Young men used palm tree branches to sweep the street in front of the embassy compound. Others packed up the equipment and vans arrived to take people away. Some left to set up a protest camp in front of a nearby hotel.

Iraq's military said all protesters had left by evening.

The protests marked a new turn in the shadow war between Washington and Tehran playing out across the Middle East.

U.S. President Donald Trump, who faces a re-election campaign in 2020, accused Iran of orchestrating the violence. He threatened on Tuesday to retaliate against Iran but said later he did not want war. 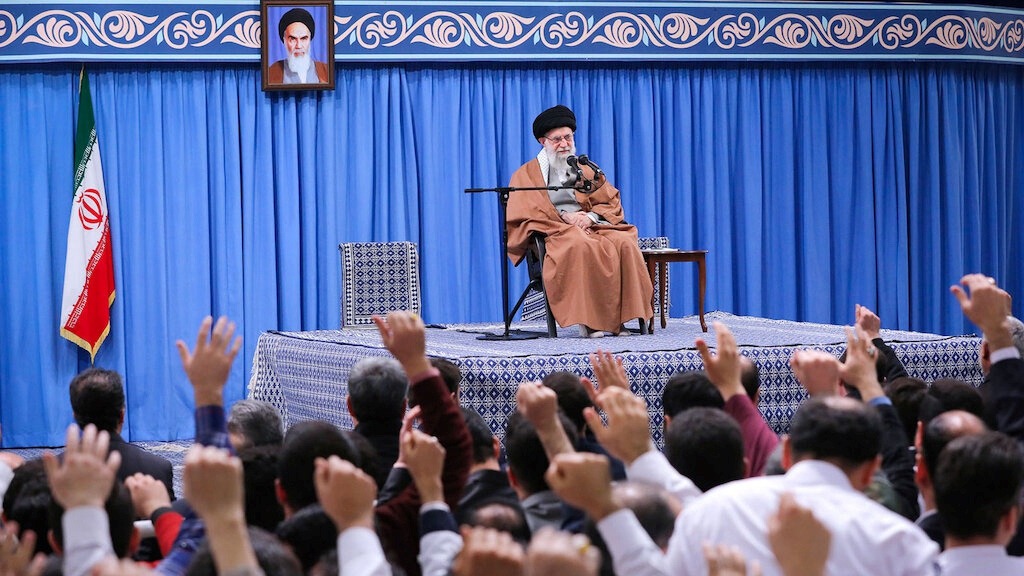 Iran protested on Wednesday to a Swiss envoy representing the U.S. interests in Tehran over what it called "warmongering statements" by American officials, Iran's foreign ministry said.

The ministry summoned the Swiss charge d'affaires and issued "Iran's strong protest against warmongering statements in violation of the United Nations Charter by U.S. officials," the ministry said on its website.

"American officials have the astounding audacity of attributing to Iran the protests of the Iraqi people against (Washington's) savage killing of at least 25 Iraqis," Iranian Foreign Ministry spokesman Abbas Mousavi said in a statement carried on the ministry website.

"The Iranian government, nation and I strongly condemn the attacks," state TV quoted Khamenei as saying. 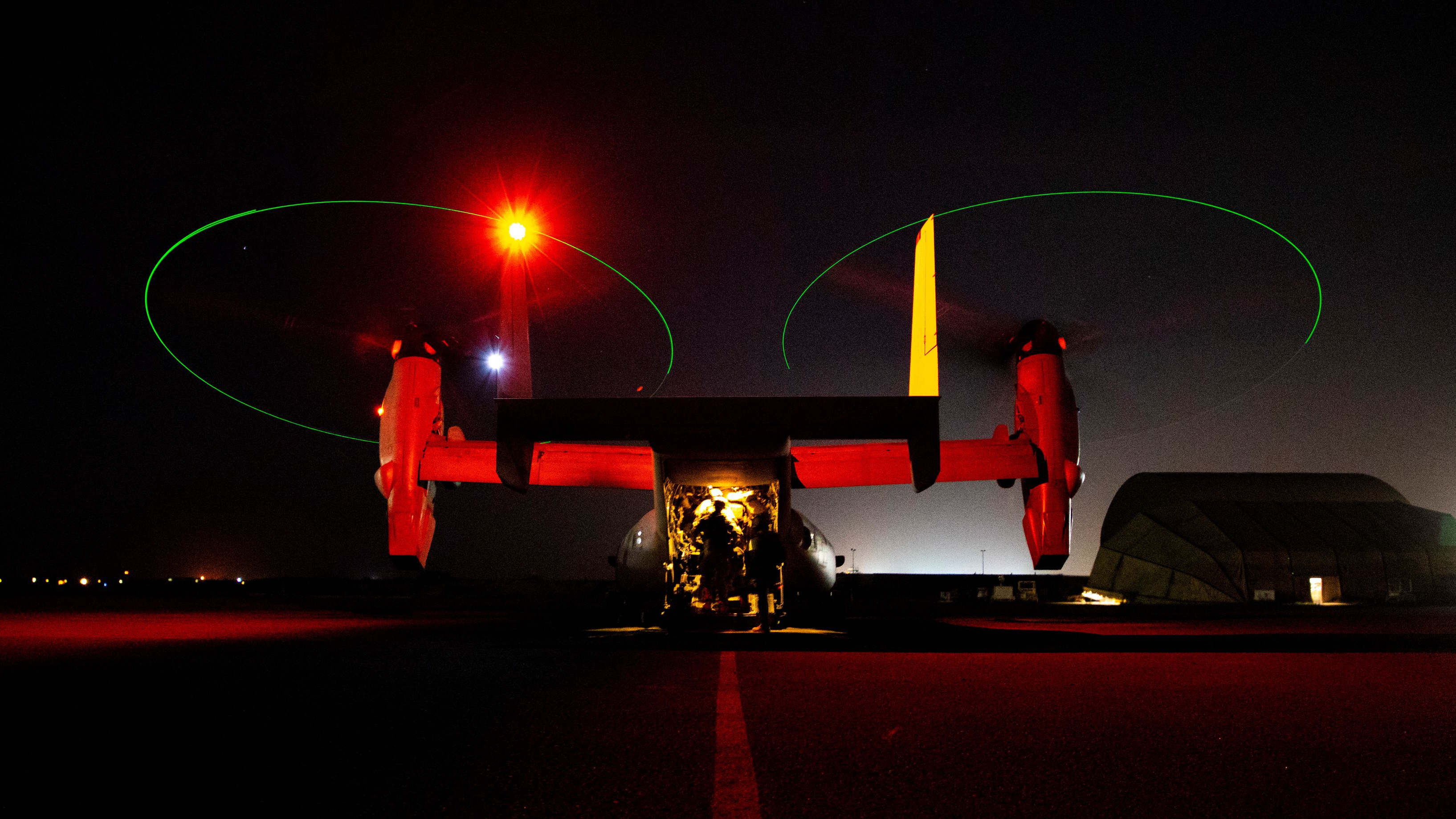 U.S. officials said 750 extra troops would initially be based out of Kuwait, and as many as 4,000 troops could be sent to the region in the coming days.

More than 5,000 U.S. troops are stationed in Iraq, supporting local forces. The airstrikes have galvanized calls inside Iraq to expel them.

Many in the crowd outside the embassy said ending Washington's presence in Iraq was their main goal.

In order to monitor the situation in Iraq, U.S. Secretary of State Mike Pompeo decided to postpone his upcoming trip to Ukraine, Belarus, Kazakhstan, Uzbekistan, and Cyprus, the U.S. State Department said on Wednesday.

"Secretary Pompeo's trip will be rescheduled in the near future and he looks forward to the visit at that time," State Department spokeswoman Morgan Ortagus added. 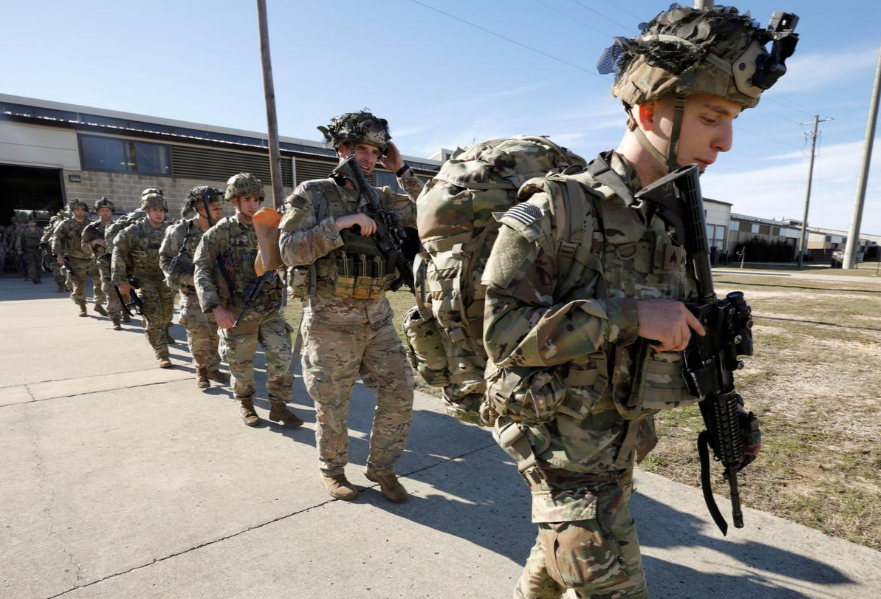 The Lebanese Ministry of Foreign Affairs on Wednesday condemned the attack on the U.S. embassy in Baghdad, the National News Agency reported.

The ministry hoped for calm and security to be restored as soon as possible in Iraq, by respecting the country's sovereignty and adhering to the principles of diplomatic relations between countries.