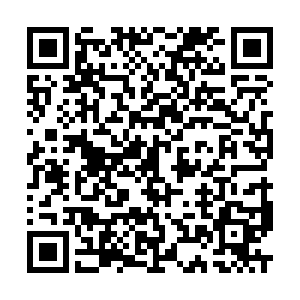 Editor's note: From photographers to jewelry designers, athletes and journalists, CGTN meets with some of these individuals to document the vibrancy of daily life in Kibera, widely described as "Africa's biggest slum," and the people fighting to make a difference.

Brian Otieno never imagined photography could be a career. But he had a camera phone and a passion that one day evolved into a social media page he called "Kibera Stories." Today, walking through the streets with a camera in hand, he is known as 'Storitellah,' the man who documents life and history as it unfolds in Kibera settlement in Nairobi,Kenya's capital city.

Otieno was born and raised in Kibera, home to up to a million people and widely described as "Africa's biggest slum." Sitting by the railway line in 2013 and scrolling through images of Kibera on his phone, he remembers being confronted with the reductive images of poverty, crime, and hardship that have come to define the visual narrative of Kibera.

"I was looking and scrolling through the images of Kibera on Google, and I was seeing poverty, tragedy, all these bad sides," Otieno told CGTN. "It was then that I opened a Facebook account and called it Kibera stories. And I threw my first images that were on my phone there. Images of the landscape, because the landscape of Kibera is fascinating, it looks photogenic."

From there he purchased his first camera, a Nikon, which Otieno says revolutionized the way he took photographs, from amateur camera phone photography to professional photojournalism. And soon, he was a permanent feature at every event in Kibera, from fires to fashion shows, and posting on stories of daily life from Kibera every day.

"I was taking photos of fire, rainfall, women by the roadside, selling vegetables, kids fetching water, playing football," he says. "People started noticing the images, saying 'there's a page called Kibera Stories and he is showing a different side to the slum.'"

Otieno remembers the time when he was still young that he was inspired by war photographers of Afghanistan and Iraq, dreaming of one day following in their footsteps. But as he walked through Kibera and documented daily life, that perspective slowly changed. "I always had an idea that photojournalism was always about the bad stuff, people suffering," Otieno explained. "But then when I started taking photos from Kibera, I realized the stories here are inexhaustible. The best stories are just here at home, in the neighborhood. I don't need to go to Afghanistan or Syria to be a documentary photographer."

Through these photos, Otieno works to show a different side to his hometown, providing a glimpse into the vibrancy and nuance of daily life in the settlement. There's fashion, weddings, designers, and sports, the concurrent joys and hardships of life weaving through the many stories on display. "I feel I am doing something that I love, something I really love," Otieno says. "And I want to capture that moment, I believe that moment is historical."

Check out the following stories on jewelry designers, athletes and journalists from Kibera: