Hong Kong is no chess piece of foreign politicians 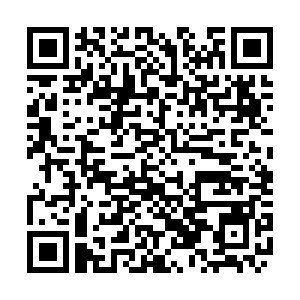 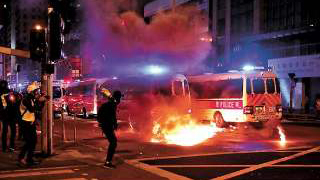 The government of the Hong Kong Special Administrative Region issued a statement on Wednesday refuting the unfounded and misguided claims in a recent open letter from a group of around 40 people that includes a number of overseas politicians.

The authors of the open letter say they have "grave concerns at the recent escalation in police brutality over the Christmas period." But they neglected to mention that the police were not responding to peaceful protesters. Rather, they were dealing with rioters harassing innocent passersby in shopping malls, and vandals hurling paint bombs at private property.

The actions taken by the police was in line with international human rights standards. During the Occupy Wall Street Movement in 2011, police in the United States used pepper spray and rubber bullets on violent protesters. Also that year, British police deployed water cannons across the country to disperse rioters. At the time, one of the signatories of the open letter, Malcom Rifkind, praised the "great courage and a high degree of determination" shown by London Metropolitan police officers. But when Hong Kong police enforce the law, Rifkind and others are quick to sing a different tune.

The open letter said the rioters resorted to violence "in desperation and frustration, borne of your government's refusal to listen to their real fears." But in reality, it is the protesters who have refused to sit down for talks with the government. The response to calls for peaceful dialogue has been fire bombings of the city's metro system, assaults of people who dare to ask that the rioting stop, shops vandalized, and attacks against police officers and threats to their families.

The open letter also attacked Hong Kong's freedom and rule of law. But the city's global ranking in this regard rose from under 60th place in 1996 to 16th in 2018 according to the World Justice Project Rule of Law Index. That puts Hong Kong four spots above the United States. The letter's appeal to the international community to establish a so-called independent international inquiry into claims of police brutality is nothing but an attempt to interfere in Hong Kong's internal affairs.

The Chinese people, including the majority of Hong Kong's 7.5 million residents, will never consent to such an unreasonable request. Hong Kong is not and will never again become a chess piece for foreign politicians.