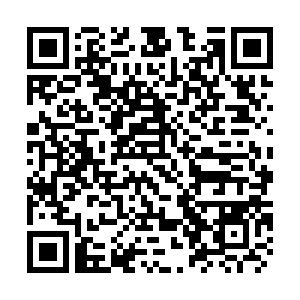 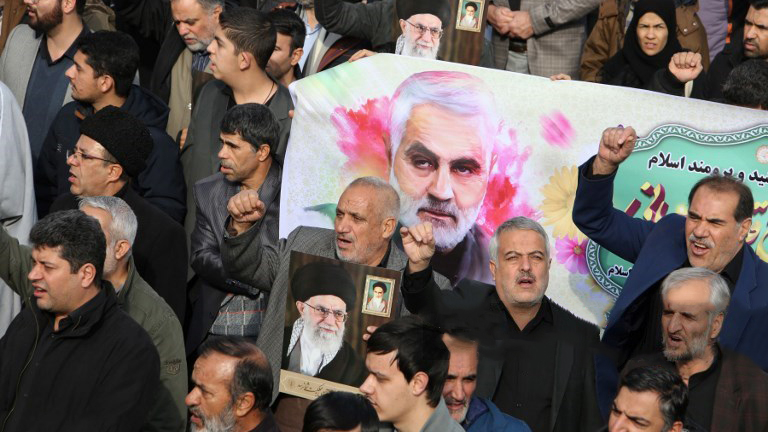 Iranians march with a banner bearing an illustration of top Iranian commander Qassem Soleimani during a demonstration in Tehran, Iran, January 3, 2020. They are protesting against his killing in a U.S. drone strike in Baghdad, Iraq the same day. /AFP Photo

Iranians march with a banner bearing an illustration of top Iranian commander Qassem Soleimani during a demonstration in Tehran, Iran, January 3, 2020. They are protesting against his killing in a U.S. drone strike in Baghdad, Iraq the same day. /AFP Photo

The death of Major General Qassem Soleimani in an airstrike by United States forces in Iraq has shocked the world. Iran's Supreme Leader Ayatollah Ali Khamenei said on Friday that the people responsible for the attack "should await a tough revenge."

Soleimani was the commander of the Islamic Republic's Quds Force. He had long been an influential figure among the Shiite armed forces in the Middle East, especially those involved in the conflicts in Syria and Iraq. In 2017, he was listed among the 100 most influential people by Time Magazine. He was targeted by the United States because Washington believes Iran was behind the New Year's Eve attack on the U.S. Embassy compound in Baghdad. The attack on Soleimani's convoy appears to have been both an act of revenge and a warning to Iran.

But the killing of Soleimani risks intensifying the conflicts in the region. Iran's Foreign Minister Mohammad Javad Zarif said on Twitter, "The U.S. bears responsibility for all consequences of its rogue adventurism." He didn't elaborate as to how Iran would reply to the American attack. But some analysts are predicting an asymmetric response that could affect the security of the Strait of Hormuz, which is regarded as the most crucial choke point in the global energy supply chain.

This incident also makes it even less likely that there will be a resolution to the Iranian nuclear issue. The United States unilaterally withdrew from a nuclear deal with Iran in 2018, and it's hard to imagine Tehran would want to come back to the negotiating table now.

The American attack on such a senior Iranian figure has pushed the situation in the Middle East toward more disturbing turbulence. Resorting to force only leads to more hatred and cycles of retaliation. All parties should exercise restraint so as to avoid a further escalation of tensions.