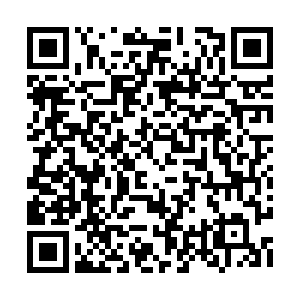 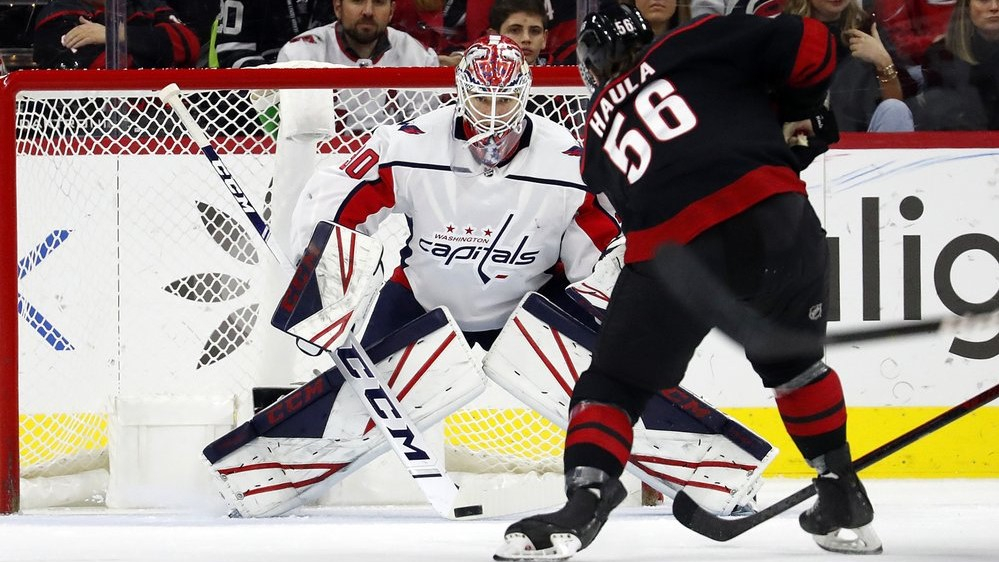 Ilya Samsonov #30, goaltender of the Washington Capitals blocks the shot by Erik Haula #56 of the Carolina Hurricanes in the game at the PNA Arena in Raleigh, North Carolina, U.S., January 3, 2020. /AP Photo

Ilya Samsonov #30, goaltender of the Washington Capitals blocks the shot by Erik Haula #56 of the Carolina Hurricanes in the game at the PNA Arena in Raleigh, North Carolina, U.S., January 3, 2020. /AP Photo

Samsonov made 18 of his 38 saves in the first period, and the Washington Capitals edged the Carolina Hurricanes 4-3 on Friday night.

"We allowed them to get the momentum, and he was really, really sharp, definitely the difference-maker tonight," Washington coach Todd Reirden said.

Evgeny Kuznetsov and Lars Eller each had a goal and an assist for the Capitals, who had dropped two in a row. Richard Panik and Jakub Vrana also scored.

Washington led 4-1 early in the third period before Carolina rallied on power-play goals by Teuvo Teravainen and Ryan Dzingel. Samsonov stopped Warren Foegele late in the game to preserve the win.

"It seems like every time we play them that is pretty much how the games go, pretty tight, lots of scoring chances," Hurricanes coach Rod Brind'Amour said. "But ... we just didn't find a way to pull it out."

The NHL-leading Capitals (28-9-5) had dropped their last four games against the Hurricanes dating to Games 6 and 7 of the Eastern Conference semifinals last season.

After Carolina posted a 6-4 win over the Capitals on December 28, Hurricanes forward Warren Foegele confirmed the series had developed into a rivalry, saying: "We don't like them. They don't like us."

Samsonov helped Washington break through against the Hurricanes. He is the Capitals' No. 2 goaltender behind Braden Holtby, who is an NHL All-Star for the fifth straight season.

But like Holtby, Samsonov has been outstanding this season, and he entered as the first goalie in NHL history to open his career with wins in his first seven road games in the same season. He is 11-2-1 overall.

"Both of our goalies play unbelievable hockey," Kuznetsov said. "It's not easy to be behind Holts, but I think at the same time he has learned a lot from Holts."

Samsonov seemed unfazed by the 41 shots he faced and the 18 saves he needed to make in the first period.

After Panik scored 2:58 into the second, Samsonov used his right pad to stop a backhander by All-Star defenseman Dougie Hamilton on a short-handed breakaway.

Seconds later, Kuznetsov sneaked behind Hamilton on the same Washington power play to score at the goalmouth on a pass from the point by John Carlson.

The emotion of the rivalry led to 12 minor penalties on the teams and a 10-minute misconduct for Washington's Nic Dowd.

Hamilton took an ill-advised penalty with 2:44 remaining, hurting Carolina's chances for the equalizer.

"The second half of the season everything ramps up and the emotion gets higher, especially against a rival like Carolina has become for us," Reirden said. "They pushed hard, and I think both teams took some penalties that they wouldn't like."

In the other game on Friday, the Dallas Stars claimed an easy win of 4-1 over the Detroit Red Wings at home.